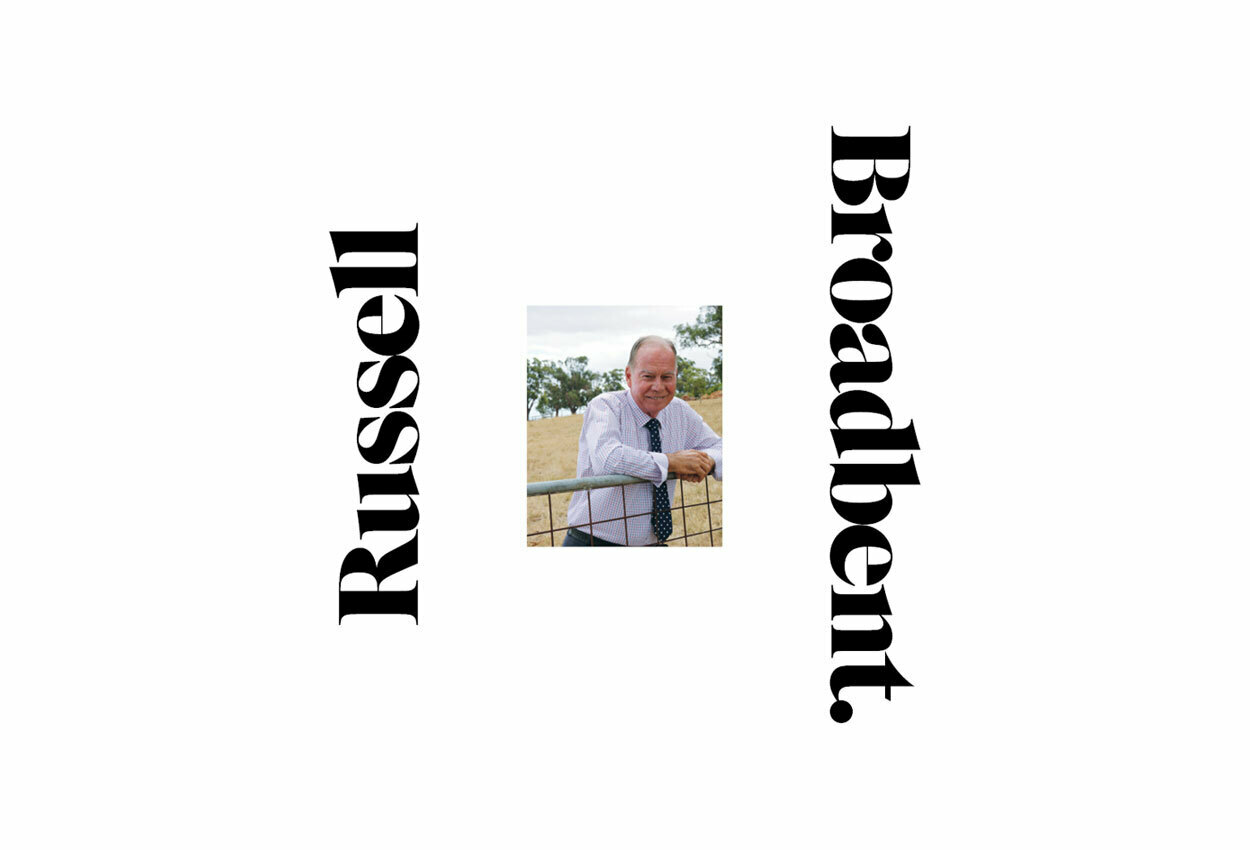 An interview with long-serving Federal Member for Monash, Russell Broadbent to hear his advice for future leaders.

Federal Member for Monash, Russell Broadbent is one of the longest-serving current members of parliament, having chalked up 20 years of service to the community.

Sure, it’s taken him a couple of bites at the cherry to achieve that notable distinction, but during the early stages of Russell’s career, the former electorates of Corinella and McMillan were more rough and tumble, marginal seats than Monash is now.

In at least the past four federal elections new members have constituted roughly 25% of the House of Representatives. Russell has seen many politicians come and go, which is why Gippslandia sought to chat with him.
—

Gippslandia is apolitical: we’re interested in politics, but not involved. It is a stance we’ve held since before the release of our first edition. The purpose of the following interview with Russell was to glean some of the leadership knowledge he’s gained from a long political career, as well as to hear his advice for future Gippslandian leaders.

Gippslandia: What was the initial catalyst that motivated you into entering politics?

Russell Broadbent: I was already involved with the Liberal Party through Barry Simon, the local federal member, and his wife, Ruth. After Barry was defeated, I was encouraged to stand.

What were the lessons in leadership that you learnt quickly in those initial years?

I think it’s that a leader needs to be able to judge the situation they’re in, and understand what facilities and tools they have to solve the issues that they face... to address the issues that they face, and then to bring other people on board with them in that manoeuvre, at that moment, in that time. I think I’ve done that on a number of occasions in my political career. I think in marginal seat situations, where I’ve been in Victorian and Australian politics, it’s actually [about] bringing a team together to work on your behalf for the given goal.

How do you learn that timing? For example, when to act and push, and maybe the time to sit back, listen and observe.

Do you think that when reading such situations that your approach evolved or matured during your time as a representative?

I think you have it as a young person, but you’re probably not game to employ it because you always think other people know better. You have to back your own judgement, and that’s where it’s very important to have great confidence in yourself, and how you’re thinking and feeling.

How have you nurtured that confidence?

Yup, that will do it.

How do you think the seat of Monash and Gippsland has evolved during your years?

I represent a very conservative community that is very interested in a fair go. That’s how I’d describe Gippsland. They are highly intelligent people who think through the issues. They want Australia to be seen nationally and internationally as a country of a fair go and respect for one another. A gentler kind of nation, which we can afford to be.

I think I have to consider and represent those views. They expect my representation and my judgements, which are equally as important as that representation.

In conversations with different groups in preparing this edition of Gippslandia, we’ve seen that Australia can struggle with nuanced conversations. Can you see that point of view of public debate in Australia, currently?

I was disappointed that a number of commentators saw the last election campaign, only a couple of weeks ago, as one where if you were more highly educated and not from the country [then] you voted Labor. I thought that was a bad misreading of the situation, and not a mature attitude to the Australian people actually having a say... wherever they come from. Whether you win or lose, I have learnt that the public gets it right. The broader public gets it right. They have the conversation without us (politicians).

Your question about, let’s have a mature conversation... The Australian public decided to move on from the body politic and they just had the conversation by themselves. They made a mature decision about where they want the nation headed. That’s remarkable.

In our previous issue of Gippslandia, we chatted with many of the area’s youth, and it’s come out with this federal election that a lot of [Australia’s] youth didn’t vote. I was wondering why you think there is a disconnect and a drop in participation?

Because I think they don’t believe they have a responsibility to enter into what’s happening at a local, state or federal level. Their communication through the Internet is international communication. They’re all over the world. And I don’t know whether they see a responsibility back to the nation that feeds them.

Now, that’ll be up to them to have that discussion around who they are, but until such time they are personally affected by what’s happening locally or at a state or federal level, I don’t think you’ll ever get their focus back on their responsibility to the nation that we live in.

That could explain why countries around the world are seeing that trend at the moment...

Yeah, that’s right. I’m putting it down to a different way that they communicate with one another and with the broader community. I’m not saying anybody is right or wrong. I’m going back to where you want to have that conversation. But is it that this generation do not feel that they have a responsibility to the nation, Australia, as all previous generations have?

How do you feel we can best develop Gippsland’s next generation of leaders?

I’d like to think that Gippsland’s next generation of leaders will not be those that have been trained to be leaders. Rather, those that come through the community asking the very important questions, such as, ‘What sort of world do I want my children to live in?’ But at that stage, you actually have to be envisaging yourself with children.

Leaders are going to come through the areas of industry, commerce, teaching — all of the professions. However, in Gippsland, it is going to be important to ask, what is our place in Victoria and Australia? What are we going to be producing and providing? How are we going to do that into the future? What jobs and opportunities do we want to actually happen here, or do we want to send our children away [for opportunities]? We have to make those decisions ourselves.

Do you think enough is being done in consensus building and informing the public?

Congratulations on winning again and being such a long-serving representative. What do you put your longevity in parliament down to?

Determination to put principle and policy before politics, and before my own preservation. I’ve actually said that if it means that I have to lose my seat to deliver the right principle, well, I’d rather lose my seat than have my principles challenged.

Sometimes you have to act in a way that seems unusual to other people, but it is the right thing to do. I believe that people may not have agreed with the decisions that I took, but they knew that if they were ever on the block or if they were in the minority, I’d never be afraid to back them. That’s been part of my longevity, otherwise, I’d have been knocked off many times.

Something that has stood out is your [2017] speech on refugees…

Those sorts of things only happen once in a lifetime, and perhaps once in a hundred political careers. I’ve had the opportunity to have three occasions like that. Some people said, ‘Oh, you don’t speak very much Russell’. But on the big occasions, I do.

You know when to pick your moments?

Well, you know, how many speeches can you make on the Long Jetty [the Rehabilitation of the Port Welshpool Long Jetty]? It’s important. That’s a great project. That’s going to be fantastic for that community. It’s going to grow the economic base. It’s going to do all the things that I said... But it pales into insignificance when looking at changing the life of a family of refugees that just came here to save their lives, get a better opportunity and not to be persecuted in their own country.