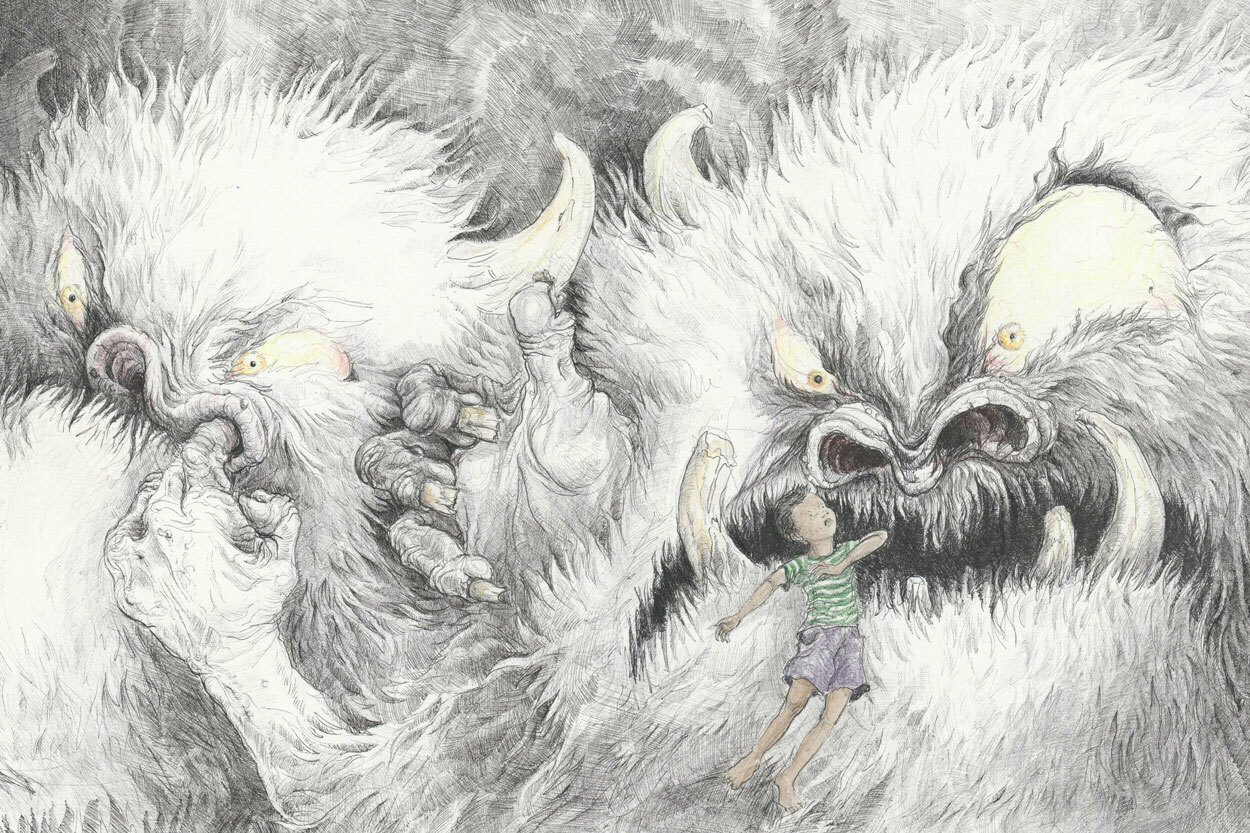 Raymund is scared of many things. But, most of all, he is afraid of the night...

At the top of an enormous mountain is a dark and gloomy forest. In it lives a monster who roars and growls and makes terrible noises. A small boy named Raymund lives in a village at the bottom of the mountain. Raymund is scared of many things. But, most of all, he is afraid of the night, and the monster that sends him running to hide under his bed…

Megan’s journey for writing Raymund and the Fear Monster began seven years ago when she was visiting an orphanage in the Philippines.

She made a real connection with the children when she realised that, just as she herself had lived in fear for much of her life, they were living with many fears too.

After returning to Australia she sent letters along with some short stories back to the children at the orphanage to give them encouragement.

A short time later, after planning a return trip to the Philippines, Megan began working on a very special story for the children. One that would encourage them to face and overcome their fears. That story became the 52-page picture book Raymund and the Fear Monster.

There are other picture books out there about overcoming fear. But what makes this one different is the way author, Megan Higginson, brings a broader view to the story, while Ester de Boer’s illustrations add just the right amount of scariness and humour to make us believe that fear, while menacing, is also conquerable.

In this story, we are encouraged to understand the origins of the Fear Monster, both how it began and how it grew. The idea of not just having the courage to face fear but to understand it, and where it comes from, is the core difference in Megan’s story.

Useful tools such as taking a deep breath, positive self-talk and counting to 10 are mentioned as methods to calm yourself and take back control; but it is not until Raymund takes steps to understand the Fear Monster that he begins to gain power over fear, enabling himself to overcome it. By the end of the story, Raymund recognises that a certain amount of fear is healthy and keeps us safe or as he says “...it keeps me on my toes”.

There is also the hint that everyone has fears, no matter what their age. The author acknowledges the fear of grown-ups in the story when the whole village, not just the children, contribute to the growth of the Fear Monster.

This valuable perspective reminds us that we are not alone: fear is universal.

Megan has also recognised the importance of making the characters in the story relatable. Raymund is afraid to climb trees, swim in the river or play soccer with the other children. He is just like any other child that doesn’t feel very brave and is afraid of being hurt.

Finally, it is the illustrations really make this picture book work.

You can tell that Ester really enjoyed illustrating this story, and that enjoyment will be passed on to the readers as they spend time poring over the elaborate details of the illustrations.

Ester’s sketchy but finely detailed ink drawings give this book just the right feel for its subject. She gives us a face for fear; one that is both scary — with its unkempt and threatening appearance — but also a hidden sense of cheekiness, like the monster knows that it has a weakness and we are about to discover it. This makes the book accessible and not too scary for a younger age group (5–7yrs), but also real enough for older children to appreciate (8–14yrs).

You don’t have to have a specific difficulty with fear to get value out of this book. As a beautifully illustrated adventure, it stands out on its own.

Raymund and the Fear Monster is a wonderful book from Megan and Ester, who are both based in Morwell. A visit to Megan’s website reveals the entire timeline regarding the development of this book persistence for other potential authors out there.

You can view Megan and Ester’s work at: meganhigginson.com esterdeboerillustration.com