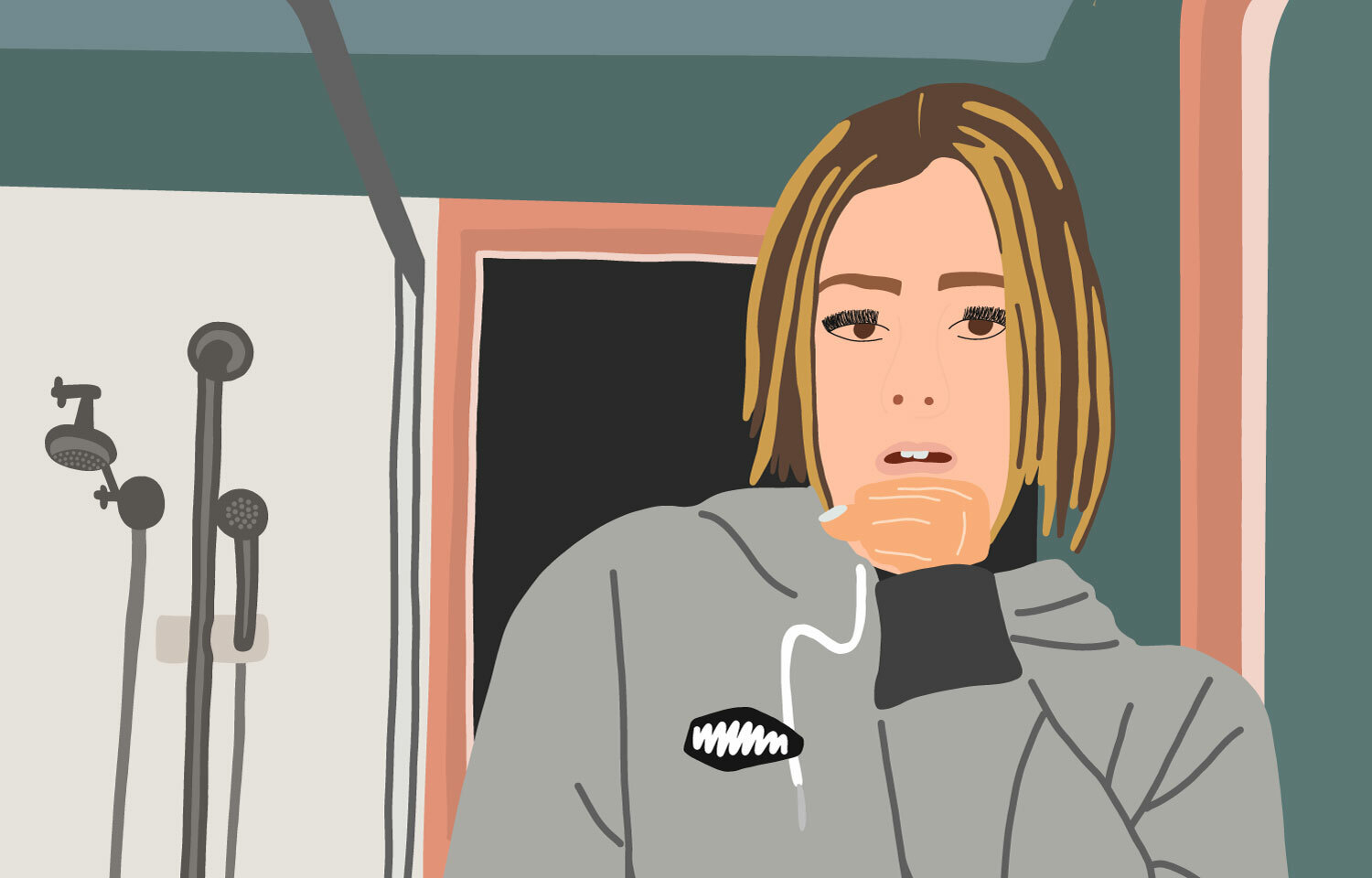 Lealah is the epitome of influencer culture, and she nails TikTok clip creation.

TikTok is the biggest social media glow-up in the last five years. No, not the 2009 smash hit by Ke$ha that’s still considered a party banger by millenials, but the social media platform that this gen says is “cooler than Instagram”. Generation Z-er Lealah Stebbing from East Gippsland is one of 800 million TikTok users worldwide, and she’s been freaking on fleek with the content she creates. The almost-18-year-old has grown a following of 170K followers and clocked up 4.3M likes on her videos.

Lealah is the epitome of influencer culture, and she nails TikTok clip creation, which is something less glossy than an edited video. It hasn’t always been an easy journey for Lealah, and she’s had to discover her resilient nature. TikTok’s mission is to inspire creativity and bring joy, yet sometimes the platform can be a toxic TikFlop, as Lealah explains

“If I had to describe TikTok to someone else it would be; TikTok is an app where you do [15-second] videos. You can make your own videos, or do videos to other people’s sounds — it’s full of [special effects], dancing and funny content. It’s a mix between Vine and YouTube.”

It’s promoted as a video-sharing social network, with a plethora of filters, sounds and song snippets to easily create snackable (and addictive) content. With more than a million daily views, it has surpassed social media giants Facebook and Instagram as the most downloaded app across all app stores.

A perfect example of the ‘TikTok effect’ is Lealah’s favourite dance at the moment — the ‘Savage’ Carole Baskin challenge. The controversial Netflix documentary Tiger King has spoilt the internet with content and unfathomable characters. TikTokers have gone nuts with the pseudo-meme dance about Carole Baskin, a key personality from the show. With over one million videos generated, TikTokers now recognise the name Carol Baskin from the app, not the TV series. Imagine the hip-hop ‘Savage’ being parodied with Joe Exotic’s (another Tiger King star) deep Southern American accent singing “Carole BasKIN /killed her /husband /WHACKED him...”, all while TikTokers are doing the same moves to the original song — moves that are sassy, feminine and strong. It’s a postmodern mash-up of pop culture’s biggest, recent hype, and one Lealah can’t stop watching. TikTok is art imitating life imitating art taken to the next level.

While Lealah was growing followers in the digital world, in everyday life it was a different story. “I got bullied so much [that] no one called me by my first name. They called me ‘TikTok Girl’.”

It travelled from peers to local social circles. Strangers were beginning to recognise her.

“I have over fifteen fan accounts [that] I know of on TikTok and Instagram. One time, I went to Gumbuya Park for Christmas and little girls recognised me. They were all like, ‘Is that Lealah? OMG don’t look or go and say hi,’ and I turned around, waved, smiled and they all screamed, smiling as they ran away”. She began getting calls over Instagram from young girls in America and the UK who would screech with joy when she answered.

But, locally, the bullying didn’t stop and she took a break once again. When Lealah switched her education to study retail cosmetics at TAFE, the app’s boom had shifted socially amongst peers.

“I started to see everyone that bullied me [was now] on TikTok. I’ve never laughed so hard.”

It inspired her to start up again, “To show them what I can do.”

TikTok thrives on social listening and jumping on the bandwagon of trending challenges, dances and meme-prone content. Community-created trends take form in sponsored hashtags and captions, and are the simplest way for TikTok users to feel a sense of community. By leaning into TikTok dance trends, Lealah’s growth in followers continues.

Much like its popularised predecessors — MySpace, Top Friends (yikes, what a stressful time) and Instagram, many users fall into the obsession of connecting post likes or follows to personal self-worth and likeability. Lealah’s noticed a shift where a lot of people on the app try to get clout, instead of using it for its main purpose; to bring joy.

“My TikTok life over the past five years has been hard, and on and off. I enjoy using TikTok when I do them for myself. You get judged no matter what — you can never please everyone.”

Lealah’s resilience and wisdom at the edge of adulthood is something to note. We can compartmentalise and analyse the toxic sides of social media and still gain from its benefits — connectivity, creativity and self-expression. Lealah keeps using TikTok to purely fuel the latter.

“I love all my fans and all my support, but it’s not worth all the hate and the toxic parts in my life TikTok has made me go through. I’m not a people pleaser… and I don’t like changing myself so people will like me.” 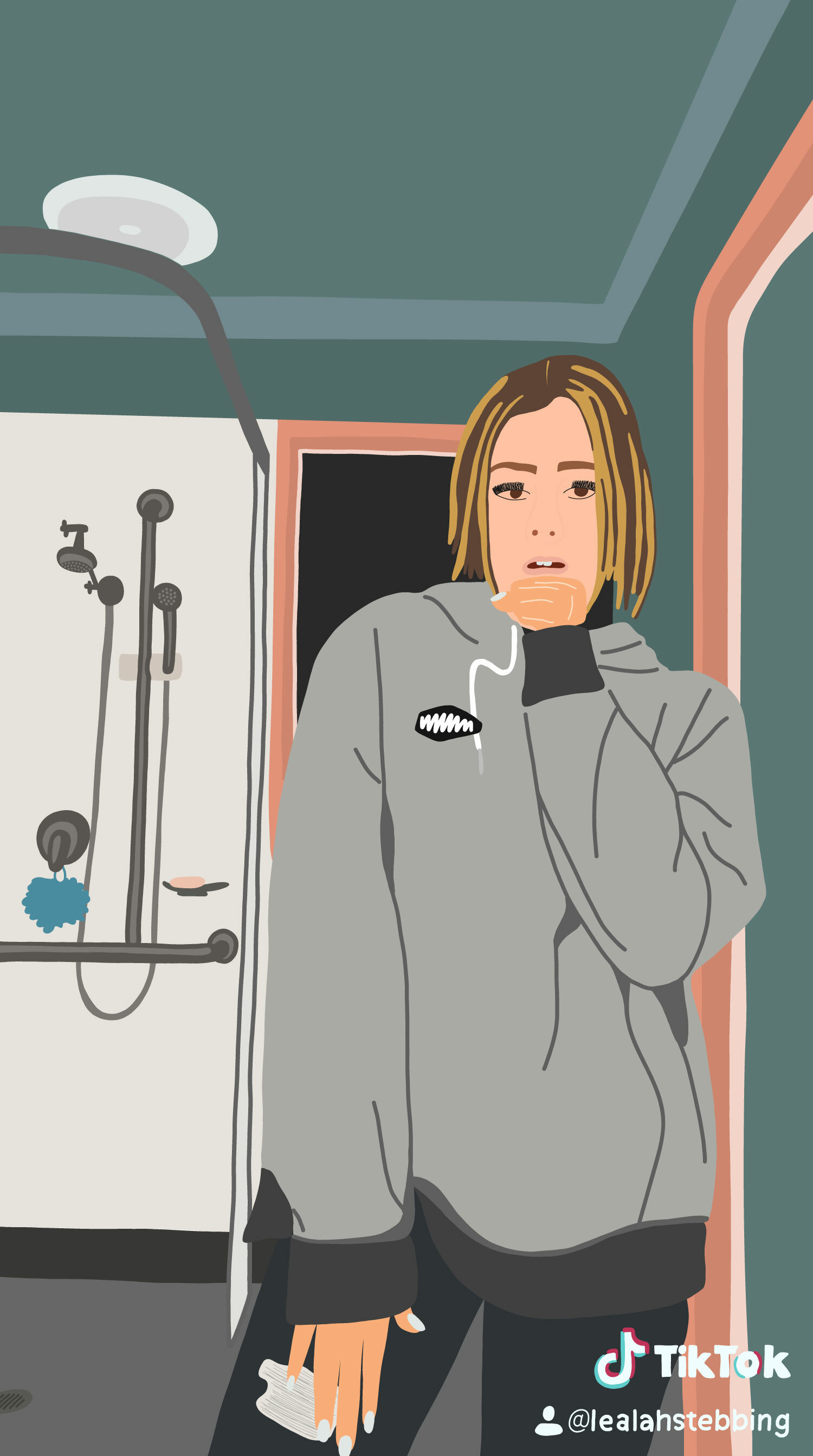 Duet — An absolute ‘must’ TikTok experience. A remix, where users take another person’s video and add to it.

CEO — Being the best at something (can be used both seriously and ironically).

Clout Chaser — Someone who only cares about followers and likes. They want to become social media famous.

#renegadechallenge — A relatively easy routine, so grab your family members to join in the fun as well.

#savagedance — Fast, fun and feels like a workout with your mates

#POVchallenge — Shot from the watcher’s point of view, placing the audience in the middle
of the scene as a participant, not a spectator.