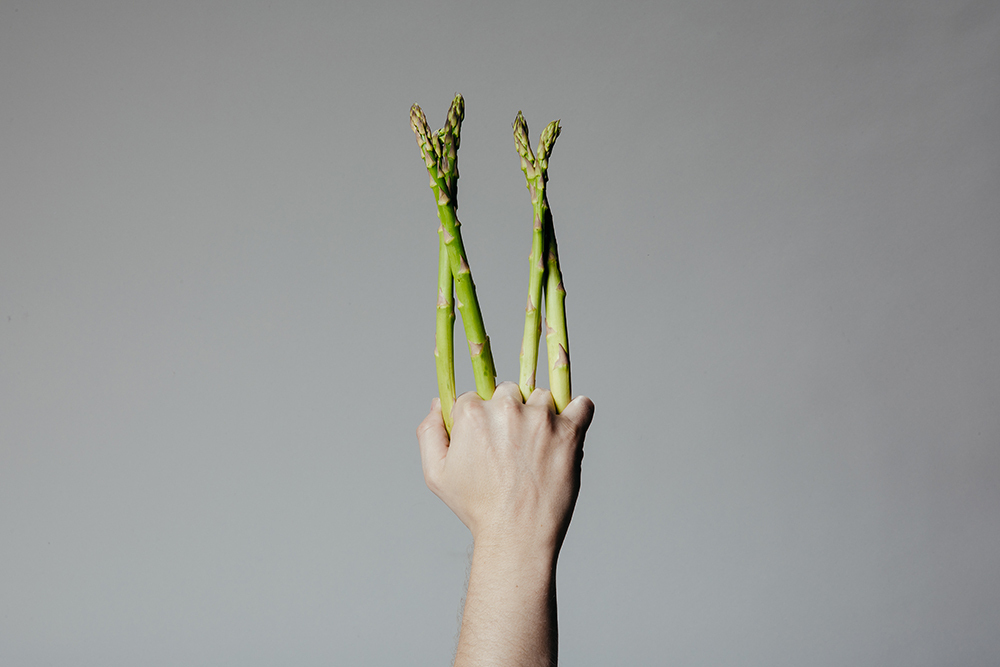 Right on our doorstep.

A list of all the wonderful (and often weird) edible luxuries we don’t have to travel so far to find.

In May last year, I spent four weeks travelling through the Southern states of the US. I had bagels in New York, gumbo in New Orleans, and cheese steaks in Philadelphia—it was the kind of indulgence I expected from a country with a $200 billion fast food industry. But it was during supper at a sushi bar in Los Angeles that I sat down to a platter and a glass of wine.
A fantastic glass of wine.

“This Shiraz is amazing,” I told the waitress, “Where’s it from?” She didn’t need to check the label, “I thought you’d know, it’s from Australia. Victoria, I think the place is called.”

I wasn’t surprised. After all, many Australian regions are renowned for their full-bodied reds and lively whites. But why did I travel half-way around the world just to discover how vibrant the produce industries are right on my doorstep back home?

It made me curious about what other gems were only a stone’s throw from my house. So, I did some digging and came up with a list of all the wonderful (and often weird) luxuries we don’t have to travel so far to find.

Wine —
As I mentioned previously, Australia has garnered international renown for its wine. The regions that come to mind are Rutherglen, McLaren Vale, and the Barossa Valley. But while the Barossa Valley has thirty-seven wineries, Gippsland has over sixty! And that’s not including private wineries. While Gippsland isn’t one of the biggest names in the country, the quality and quantity of winemakers have birthed our very own wine awards. The Gippsland Wine Show has celebrated local wineries like Purple Hen in Rhyll, and Wild Dog Wineries in Warragul.

How a wine should be enjoyed is too intricate to get into detail right now—I could write an entire article just on that. However, the basics are a red (pinot noir is grown extensively in our region, shiraz, cabernet sauvignon, merlot) goes well with red meat and pasta. Whites (sauvignon blanc, chardonnay, riesling) are ideal with fish or chicken. But, overall, I recommend drinking wine, however you damn well, please.

Milk —
It might seem like milk shouldn’t make the list, we all know it’s farmed in Gippsland. It’s not exactly news, so why bring it up? I want to mention it, not in a vain attempt to educate you on something you probably know plenty about, but because of just how much milk we produce.

According to a survey conducted by Dairy Australia, our milk made up 21% of Australia’s total milk demand for those two years. For a region that makes up less than 1% of the country’s total area—we’re certainly pulling our weight. To have a dollop of positive actions with your milkshakes, keep an eye out for Gippsland Jersey, who has a program to ensure a fair price is paid to our farmers, as well returning a portion of the profits to programs that support the mental and emotional well-being of dairy farmers.

I would normally make a point of mentioning some ideal ways to cook or consume the beverage in question. But if you’ve never had tea or cereal or lactose isn’t your thing…then you probably don’t plan on starting now.

Potatoes —
Gippsland’s statistics aren’t as impressive as milk when it comes to potatoes, but we are the third largest producers of the versatile vegetable out of the seven regions monitored by the Australian
Bureau of Statistics.

There’s little to be said about cooking potatoes that most don’t already know. Roasted, fried, mashed, it’s all-satisfying. However, if you’re looking for a change, try making mashed potatoes with mashed pumpkin, sweet potato, parsnip, or even a Jerusalem artichoke.

Tropical Macadamia —
Two decades ago, Michael and Anne Carmody were scoffed at for doing the insane. Planting 125 seedlings of tropical macadamias in West Gippsland.

As the name suggests, tropical macadamias are best suited to warm, humid conditions. The cold, wet environment that Victoria often sees makes growing these nuts, or any tropical produce, a ludicrous endeavour.

It’s said you shouldn’t bother growing nuts for yourself, they’ll be ready in time for your grandkids. The Carmody family found out why. Tropical macadamias take approximately 20 years to produce a substantial amount of fruit, so it wasn’t until 2001 that their crops delivered their first nut.

By 2009, against all odds, Michael and Anne were farming enough nuts to begin selling their stock.

Jerusalem Artichoke —
Despite what the name suggests, the Jerusalem artichoke is a species of sunflower native to North America.

The word ‘Jerusalem’ is included in the name because it’s derived from the Italian word for sunflower—girasole. But it’s also known by the names sunroot, sunchoke, earth apple, and topinambour.

Unlike the globe artichoke, Jerusalem artichokes grow below ground and look a great deal like a potato. There’s a forty-year-old farm ten minutes from Warragul that grows them and has been owned by the same couple the entire four decades. They’ve managed to sell them to major supermarkets, such as Coles on many occasions, but they usual go to Melbourne markets for crowds who enjoy niche produce.

Jerusalem artichokes can be cooked much the same way as potatoes or parsnip and are excellent sautéed or roasted.

Salad —
While Homer and Bart Simpson may’ve tormented Lisa with their, ‘You don’t win friends with salad’ conga line, the farmers on the Mitchell River floodplain would heartily disagree, as their produce amounts to about half of Australia’s baby leaf salad crops.

Thanks to the rich alluvial soils, East Gippsland has sprouted numerous vegetable and salad growers producing cos and iceberg lettuces, as well as baby spinach. Vegco in Bairnsdale is one of the largest salad fresh cuts factories in Australia, whipping more than 50 different types of vegetables into the salad packs we’ve seen populating our shelves.

Tomatoes —
You can’t miss the hectares of glass as you travel from Warragul to Yarragon. Inside these huge expanses, over 200,000 sq metres under cover, thousands of trusses of tomatoes ripen (as well as eggplants, capsicums and cucumbers).

The Nichol and Millis families are the owners of the largest tomato business in Australia, Flavorite, and distribute tomatoes all over the country, year-round, from their West Gippsland hub and a network of additional growers Australia-wide.

It’s the development of the technologies associated with hydroponic crops that have sparked our interest. With a growing population, we’re going to have to produce more food, while using fewer resources, especially water. Cutting-edge hydroponic farming offers a potential solution, especially accompanied with other energy efficient strategies, such as biomass waste-to-energy techniques deployed on the Bayley and Hobson family farms, which can use timber waste from Gippsland mills. Yarragon’s Andrew Bayley, in particular, has received press on his innovative combination of dairy farming and greenhouses.

A delizioso tomato sauce is a foundation to so many of our favourite dishes, but if we’re honest, a flavoursome tomato picked straight from the vine, sliced onto a cracker with cheese and a pinch of salt and pepper will win us over any day.

Asparagus —
The South Gippsland farmland surrounding Koo Wee Rup and Dalmore produce approximately 95% of Australia’s asparagus in the rich peat soils of the now-drained swamp. With a gross value of approximately $41 million, that’s a heck of a lot of asparagus crowns and makes Australia the eighth largest producer in the world.

Gippsland asparagus has substantial export markets in Hong Kong, Singapore and Japan. With more than 80% of exports from Victoria sold on the Japanese market. Long considered a delicacy, in the past asparagus was as prized as highly as oysters or truffles. The ancient Romans were nuts for the stuff, there are notable quotes devoted to this member of the lily family, and they believed that asparagus was a potent aphrodisiac. As asparagus rises out of the ground around 1 cm per hour on a warm day, it’s not difficult to guess why the Romans thought it’d provide them with extra sexual vigour.

Asparagus is notoriously difficult to pair with wine, as it contains methyl mercaptan, which can give the wine a metallic taste. Instead, the best accompaniments for your asparagus are butter, Parmesan, hollandaise sauce, eggs or bacon – no wonder it’s on so many breakfast menus!

Saffron —
Known for being the most expensive spice on the market, one kilogram of saffron is roughly equal in value to one gram of gold. The catch? It takes 230,000 of these flowers to yield that kilo.

Phyll Tierney from Mirboo has managed to produce saffron of such high quality that top restaurants in Melbourne are saying it’s twice as potent as anything they’ve imported. Growing saffron locally is an impressive achievement considering it originates in Southwest Asia. Growing it to be some of the best available - even more so.

Saffron has been noted to have a hay-like or grassy fragrance by some and a sweet honey aroma to others. Its uses extend to dying fabric, adding character to perfumes, and inclusion in multiple herbal remedies dating back millennia.

—
It’s easy to take our home for granted. We’re constantly bombarded with stories of exotic towns in Europe, cruises in the Pacific, and tours in Asia that we often disregard the experiences to be had right here.

I can’t count the number of times I’ve told Melbournites I’m from Gippsland just to hear, ‘It’s quite nice down there’.

Sure, it’s not bustling with the kind of culture you’d find in the city, but that’s one of its appeals. The peace, the landscapes, the people, and let’s not forget—the food!