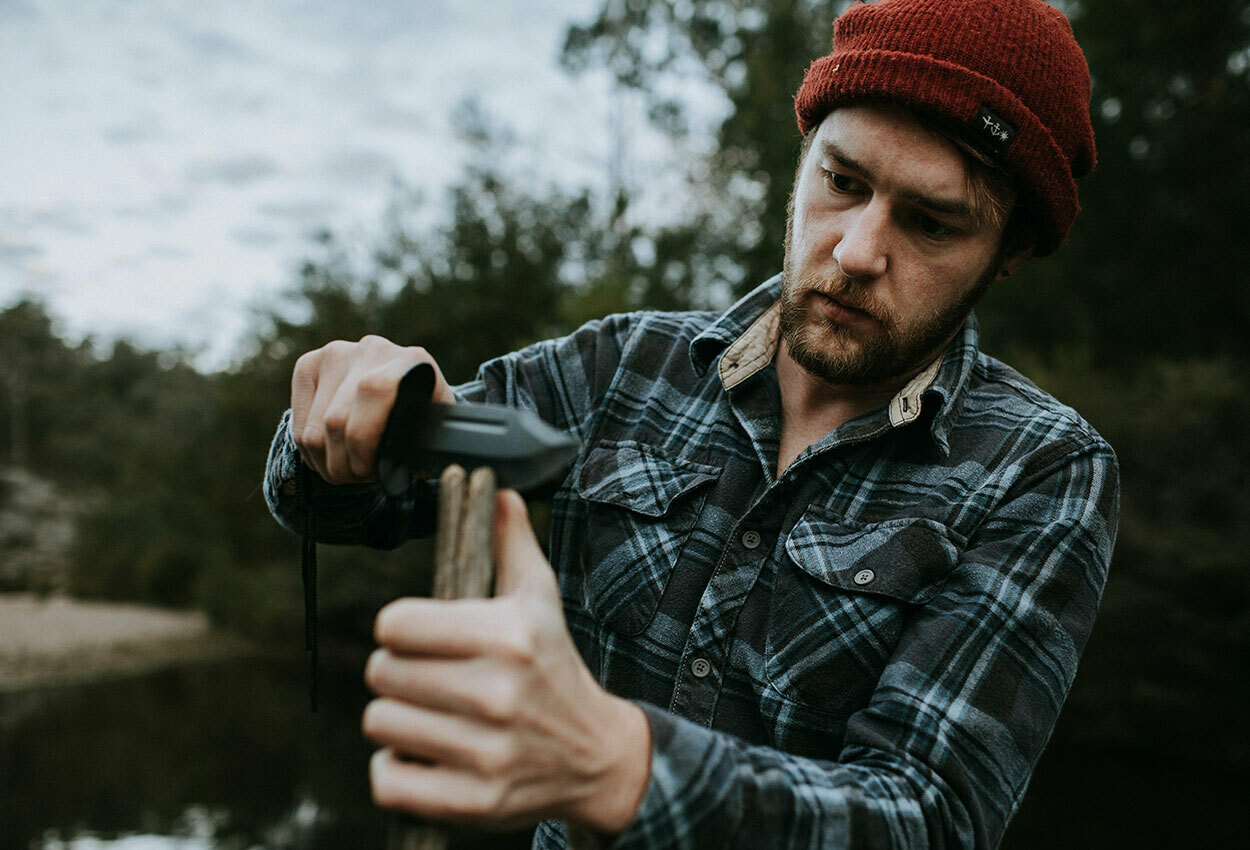 A panther is not a domestic house cat. They’re an alpha predator wrapped in an enigma.

There comes a time in every hunter’s life where self-discovery plays a role in their path to success. The pursuit of a target, especially one as cunning as a panther, expands beyond one’s physical actions, and progresses into that of a mental game — a psychological test of patience and sanity, forcing those who engage with it to isolate themselves from humanity and civilisation.
—

A panther is not a domestic house cat. They’re an alpha predator wrapped in an enigma. Not only do they not want their location known, they stay perpetually aware of their surroundings, and that which occupies their territory. A panther is essentially a master of anonymity and stealth, making its entire existence a game of remaining hidden. It’s for this reason alone that the Gippsland Panther has divided the region into a group of non-believers and investigators alike.

Arnald Olsen’s commitment to the cause has seen the man transform his life to provide closure on the argument and determine a definitive answer to the question — does it really exist? Originally residing in his sophisticated Scandinavian homeland, Arnald’s decision to relocate to a more primitive jurisdiction has meant he can focus his energies more acutely on tracking an animal in uncharted terrain, away from the noise and deterrents of human traffic.

Three years he’s spent on our shores, scouring the land from as far south as the Cape Liptrap coast, to the mountains of Howitt Plains and beyond. Tracking large groups of animals is one thing. Trends, habits and patterns can be observed when you’re given a broader footprint of existence. But chasing a lone cat, cunning, distant, with no herd, no mating partners, the game suddenly becomes much harder. It’s a ‘needle in a haystack’ scenario.

Arnald’s journey has led him close. Visual contact has been made from afar, and our most recent check-in with the hunter revealed that he has spotted what he’s certain is the trophy he has been chasing since the birth of this publication — The Gippsland Panther.

Naturally, the location must remain quiet for the time being, as Arnald’s next few weeks will be spent strategically placing traps, bait, and trail cameras in an effort to finally provide confirmation of the star of this local fable, one which has driven the local community into the forests in search of the cat for decades, but with close to no plausible evidence to date. Blurry photos and distant reflections of eyes connected to an indistinguishable figure have left the story in a state of conspiracy.

—
During this time, we ask any reader who has had recent encounters with the Gippsland Panther to contact findthepanther@gippslandia.com.au with any information they have about its location, or, alternatively, any instances where sightings may have occurred, to help Arnald narrow his focus to a specific location.