Twelve months ago, architect Jos Tan & I trod the dusty roads of Chennai to learn about the 'Madras brothers'.

The countless immigrants who’ve arrived on our vast southern shores are inherently aware of the impact of flipping life on its head. It’s as profound a restart as you can imagine. Leaving all that you know behind and going hell for leather to survive in an uncharted territory to make better a life for themselves and their kin.
—

Brothers, Magesh and Rishi Venkatachalam are passionate about their opportunity in our corner of the world. “To me, Australia was a foreign land that spoke a language I knew. It was going to be my future home as I landed here with a conviction (of ensuring success) to stay”, exclaims Magesh. 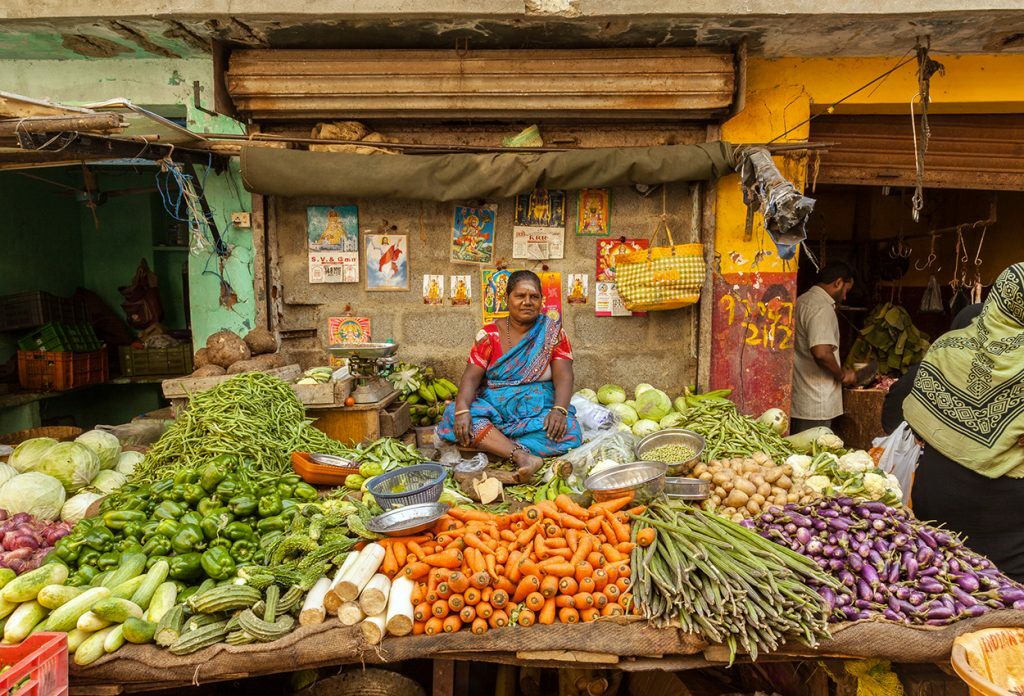 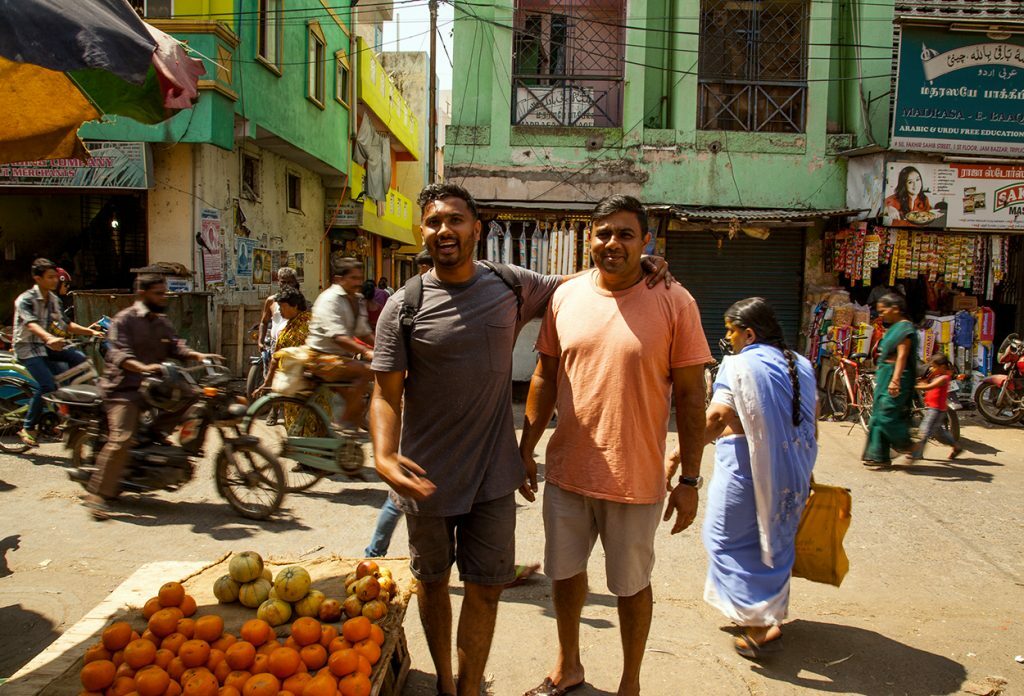 Twelve months ago, to the day, architect Jos Tan and I trod the dusty roads of Chennai as guests of the brothers. (Before 1996 Chennai was previously known as ‘Madras’, and is still commonly referred to as such). I wrote in Gippslandia #5 publisher’s address about the power of ‘nuance’ in defining a region. Our research mission with Magesh and Rishi was to help them reconnect with all the hidden details that defined their upbringing, including all the flavours and dishes that they proudly serve in their new venture, Madras Brothers, in Collingwood, Melbourne. 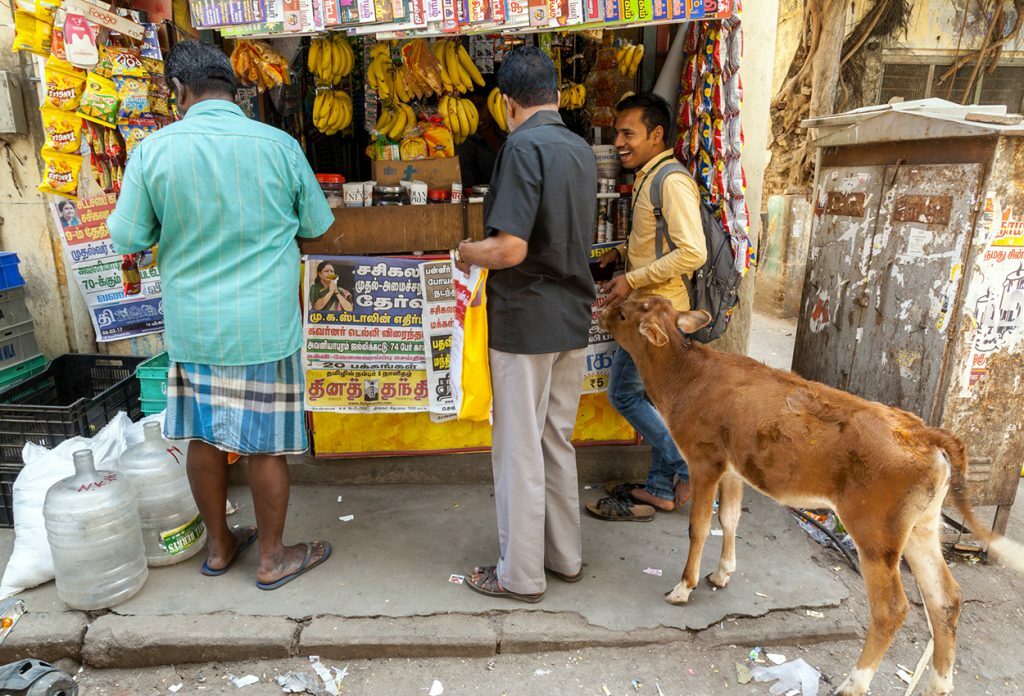 We travelled to the restaurants of their childhood; learning the mix of spices, tastes, the meanings behind each dish and the associated memories they conjure for the brothers. One of Magesh and Rishi’s most vivid childhood food memories are sharing with their friends the idli and mutton curry that their aunt would drop off at their school’s back gate almost every fortnight – a delicious ‘illegal’ treat during their time at boarding school. These are sensations that needed to be distilled and presented in the new restaurant. As Magesh muses, “As we continually share the story with our patrons, it remains so fresh in my memory”.

As commissioned designers, the trip inspired each and every detail of the restaurant outcome. The royal blue branding was drawn from signage prevalent on small business outlets around the city. The rear wall of the classy new establishment proclaims, “I’m a Tamil-lander!”, a sign inspired by local script emblazoned on a beachside hawker’s food cart. Even the granite benchtops were sourced from a Madrasi supplier specialising in locally quarried stone. 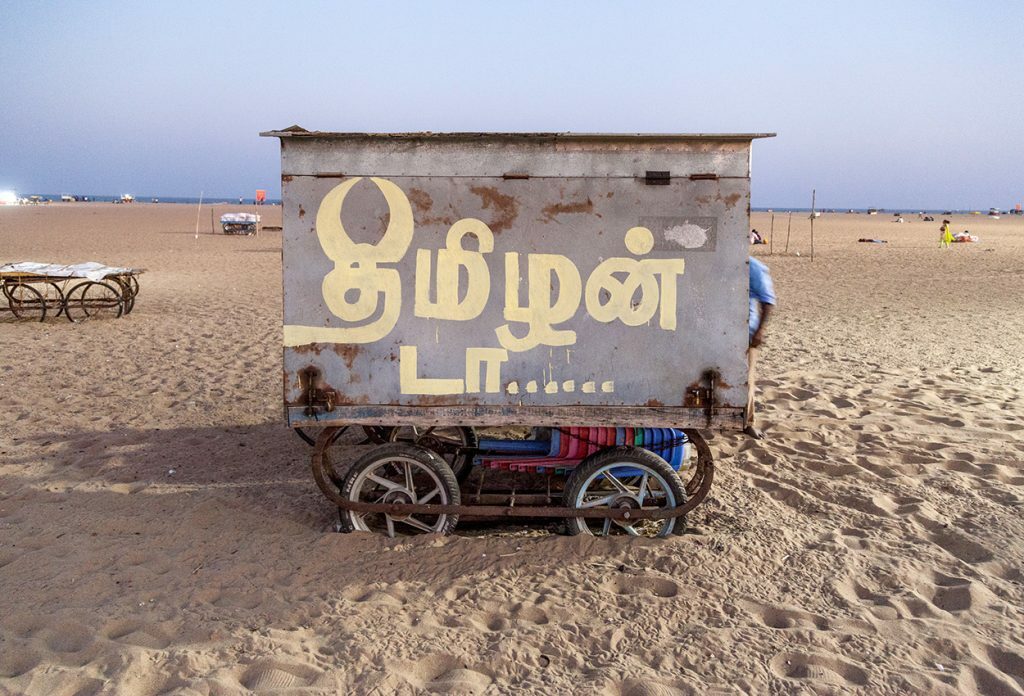 This food stand on Chennai's Marina Beach proudly proclaims ‘I'm Tamil...’ The script would inspire feature signage within the restaurant. 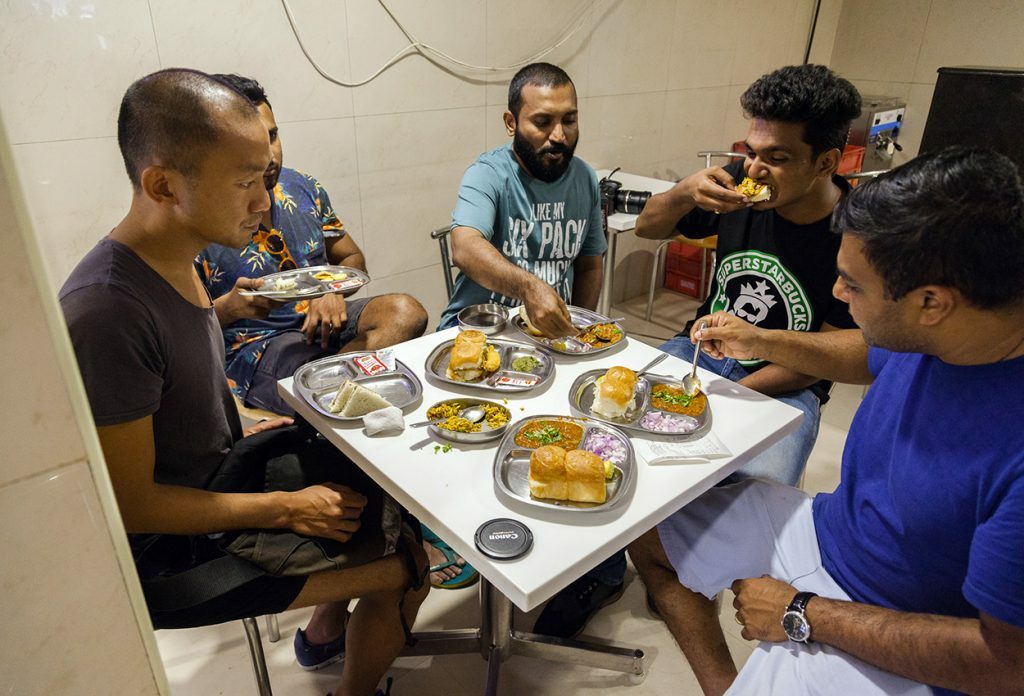 The trip also unearthed a captivating family history, filling the project with immense personal meaning for both Magesh and Rishi. Their grandfather was orphaned at a young age and relocated, by way of a mission, to work on a farm in Sri Lanka.

The wealthy and knowledgeable owner of the farm saw potential in the young man, and so plucked him from the grass huts of the tea-plantations to be his protegé. As the brothers’ grandfather grew, he became increasingly educated in the business philosophies of his adopted father and, in time, increased his wealth considerably thanks to investments in property and industry.

This entrepreneurial spirit resonates through the entire family, and business success has fortunately blessed the brothers’ extended family. For Magesh and Rishi, however, life in an Indian society so strongly bound by traditions, beliefs and dogma had them eager to seek success abroad. The brothers’ drive is admirable, as Magesh explains, “Madras Brothers is going to be the business that brings us fame and fortune as we are critiqued by our peers in the industry. We’re also being appreciated by the vast southern Indian community, as it feels they’ve finally found a venue that does justice to our heritage”.

After stints studying marketing and accounting (Magesh) and engineering (Rishi) in Australia, the brothers realised a dream to run their own business (outside of the family oligarchy) opening their first business, ‘Sari’s Indian Restaurant’ in Traralgon a decade ago, followed by The 3844 Bar, also in Traralgon, shortly after.

Given their success in Traralgon, a place so different from their childhood home, it is the Madras Brothers project that provides the opportunity to create something truly reflective of their origin. A culmination of the brothers’ entrepreneurial and culinary journey to now. It’s a life full of new starts, resulting in a fascinating, and incredibly delicious, outcome that’s filled with history and meaning. 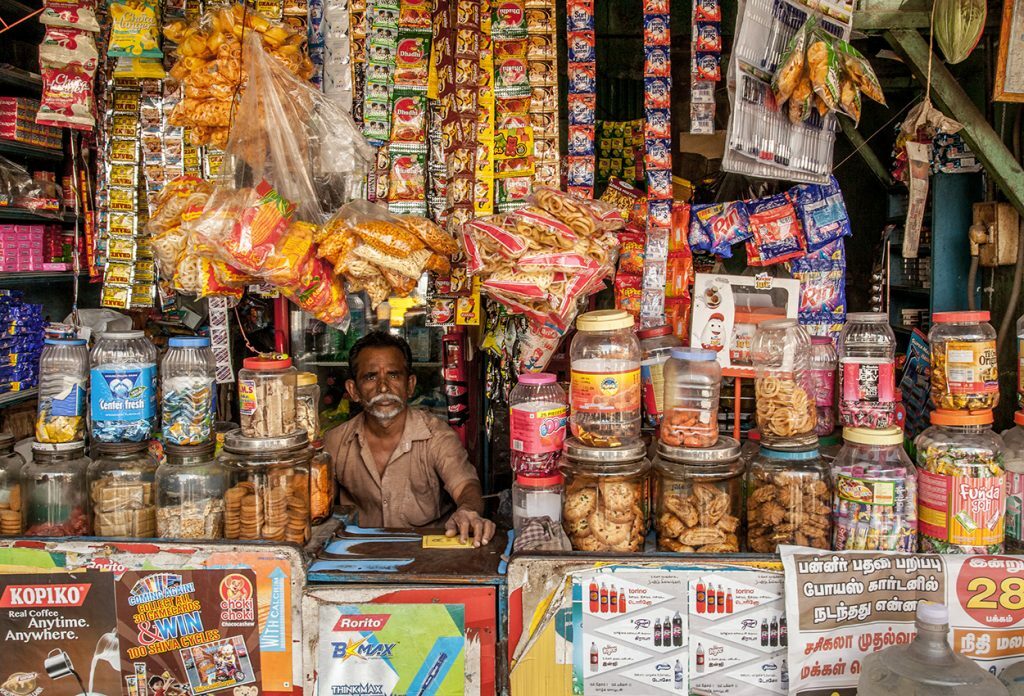 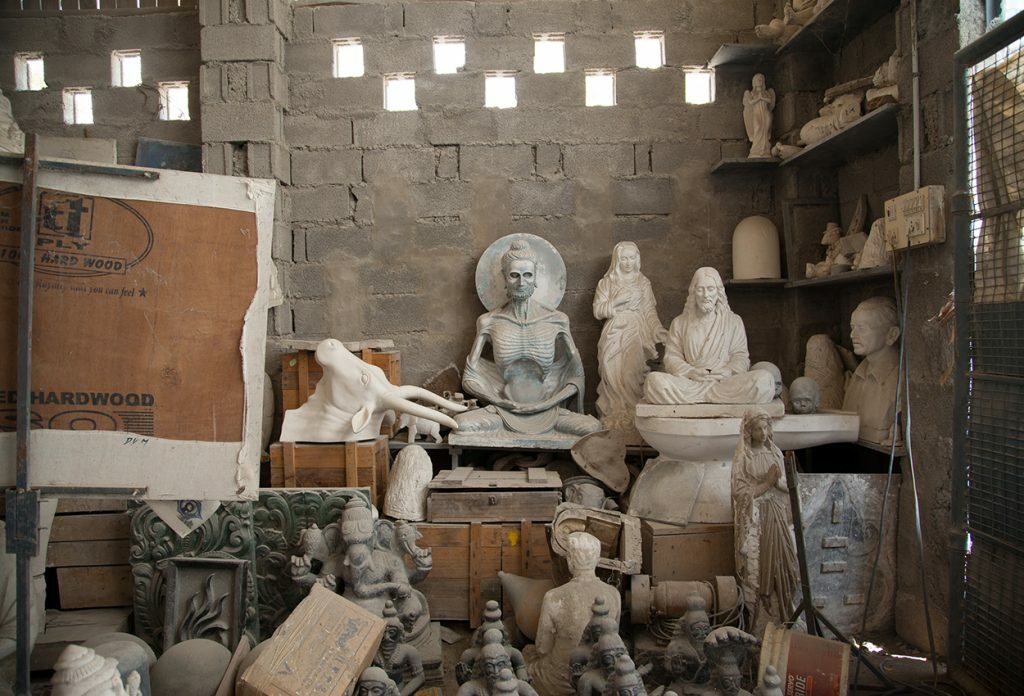 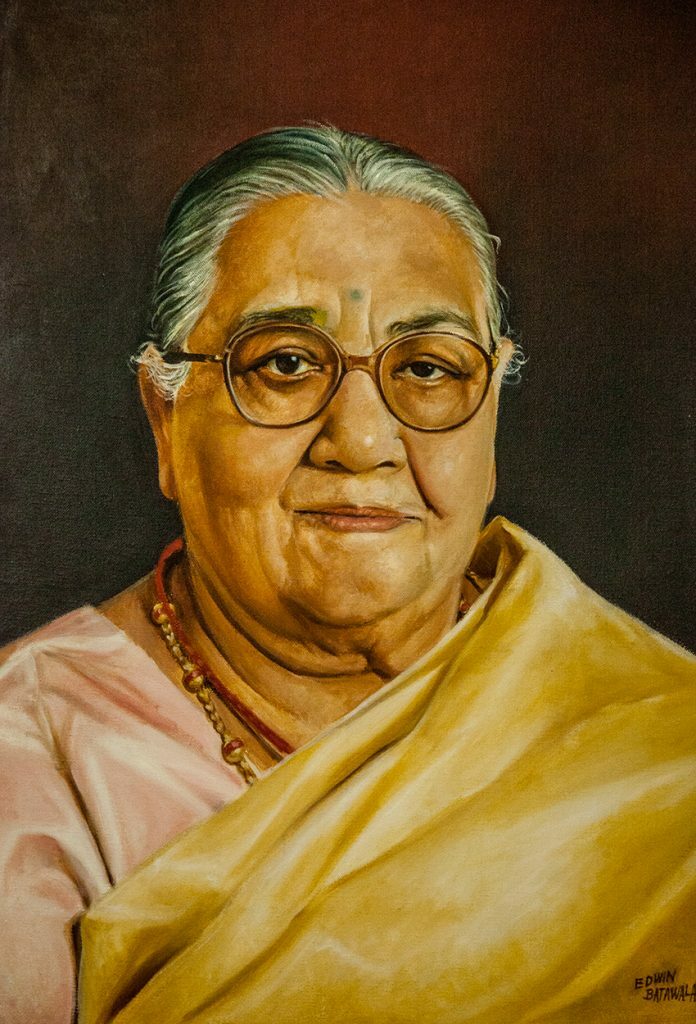 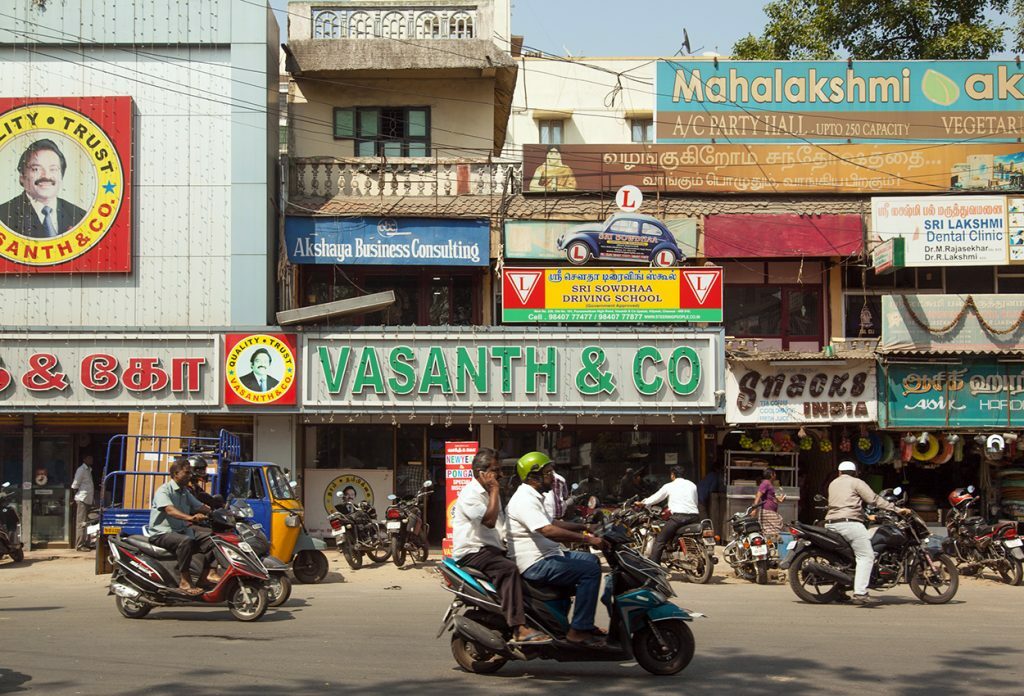