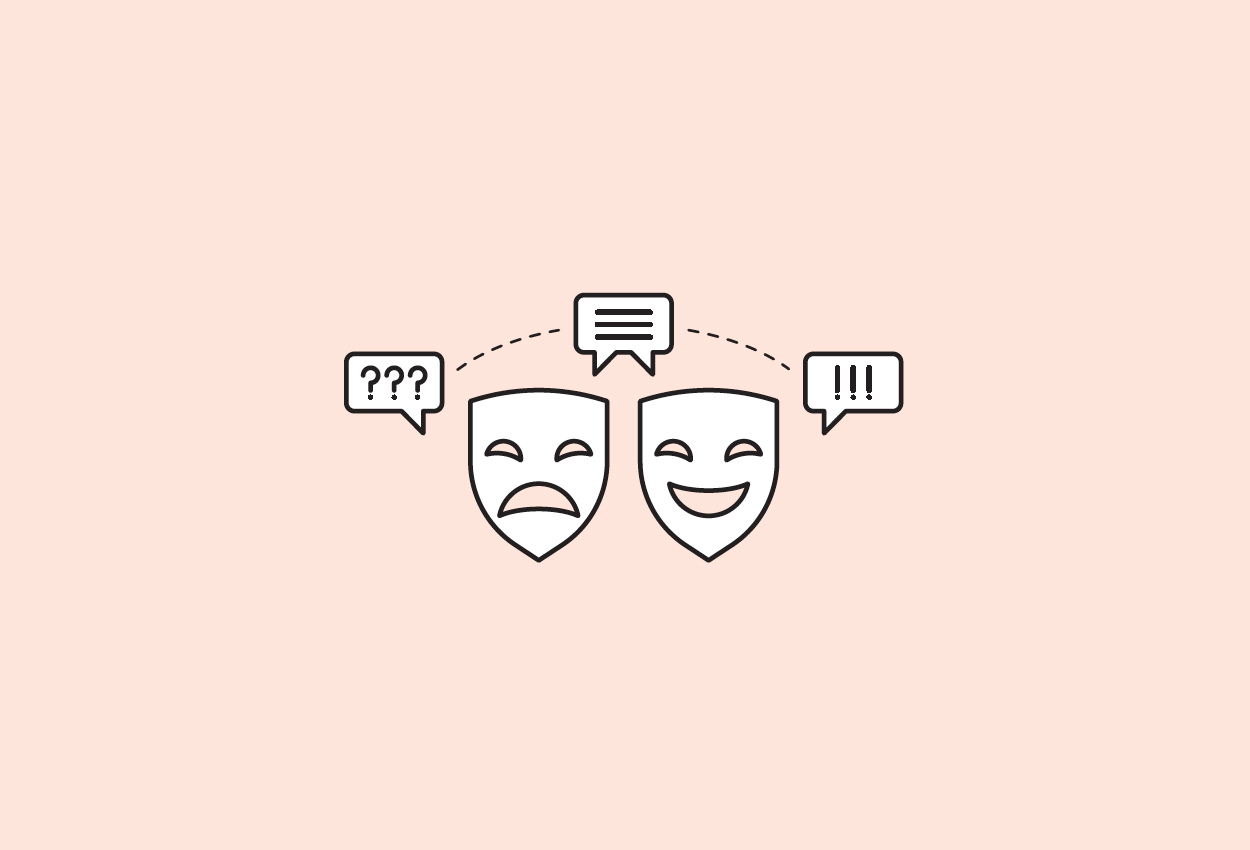 To me, theatre feels a lot like putting on a wetsuit. Wetsuits are awkward, hard to get into and it helps to bring a friend along to zip you up. But once you’re in it’ll keep you toasty warm and protect you as your weightless body comes alive. You can stay in this immersive state for hours and when you emerge it’s like peeling off old, saggy, heavy skin and, all of sudden, you’re free to breathe with your whole body.
—

Okay, so I might not know anything about theatre, but I do know performance artist, maker and curator Leisa Shelton. And just like that, dear readers, I live to write another column! (#sweethookups)

PollyannaR: What are you?
Leisa: Oh, god. Really? What am I?

Yeah, I don't have a concept of what you are.
Okay…What am I? I'll do it from this idea of the seven words that describe who I am or what I do. They would be; I am a curious seeker of new ways of being in the world.

I like that. What are your core values?
I just re-did these. Curiosity, integrity and equanimity, which is the one I just changed.

What's equanimity?
Equanimity is... It's a broader version of equality and humility, but there's also a need to not define what that means.

Interesting. Explain theatre and performance to me, and how that comes into those definitions?
For me now, theatre and performance are part of my lineage and practice. I don't make theatre. I don't adhere [to the structure]... To my detriment on some levels. So when having a long conversation with the Australia Council yesterday, one of the complexities around supporting my work is that I keep moving outside the definable areas. I think the arts are deeply problematic in that they're actually deeply conservative when it comes to the crunch. But if I look at it, nothing about what I'm doing has actually changed. The form of it has, but the intention hasn't. My understanding of theatre and what my connection or role in it always was its core heritage. In that theatre enables society to enter into a conversation that reflects itself back in ways that it can't do in a day-to-day way. Theatre, for me, was always that mechanism in which, in classic terms, a story is told or a situation or context is shown, which lets the witness, the audience, see themselves from a more authentic or honest viewpoint that they can't articulate in other ways. The gap for me, that’s started to reveal itself, and that is at the core of most of my current projects, is that the conversation between the intention of the artist or the intention of theatre and what it's doing to its audience. This is no longer fulfilled and then audience or society are left to go home and somehow sort [the intention] out for themselves or it’s, ‘let's buy a drink or let's hang out’, and let's be distracted by everything that has nothing to do with what just happened.

Wow. In Gippsland, we're calling it the ‘tribute show epidemic’, where we have these multimillion dollar facilities, that are catered to people with money that can afford the tickets. There's incredibly broken dialogue, with no capacity building and little education. What is a solution that we as a region can start asking of those venues, and of the support structures around those venues? How do we articulate that we need to start this process again and invite everyone in for the ride?
The great vision in there, the keyword, I think, is ‘invitation’. Particularly now in Australia, theatre is a privilege. It's expensive. A lot of people don't go because they feel locked out. Only some people are invited into the conversation or can understand it. In its history, its lineage, that's not the role of theatre. To be a privileged, singular... that's a club. That's a different thing.

There's a project I'm doing in my local community, and Gippsland is a perfect version of this really, where I approached a venue who is funded by the local council. It became clear that no one from the local area ever went there. They said to me, ‘Why don't they come? We put posters up. We do all that stuff’. I replied, ‘Why would they come? Nothing about what's being offered has anything to do with the local people. Why would they come? You don't invite them, actually’. I invited the local people and said, ’I've got a free ticket, and afterwards we're going to have really good cheese and wine, and we'll just talk about the experience of seeing the work’. I watch them watching the work, deeply confused. It's a very obscure dance work, mostly. But afterwards, we have that conversation. That experience is now incredibly valuable. Whereas as they said, if we hadn't have had this conversation, I would have just left and thought, ‘That was a bad show and I'm not coming to this space again’. Whereas the whole notion of theatre is about transformation. That's its core. Transformation in the act of making it [the performance]; in the training of actors. It was about the ability to become another. Layers of transformation.

Exploring the artificial or superficial aspect of theatre and acting, probably a lot of people think an actor enters the training not for transformation, but for fame and attention.
Again, that's entirely to do with the complete removal of the function of theatre in society. It’s similar to the removal of the function of education. It's become something that you do in order to have a job. The right of young minds to curiously engage with education and ideas has been removed, systematically. Your education is about you getting a job, probably a job you don't want, and a career that will serve one thing—earning money.

For me, at the moment, a really exciting leadership role is starting to lead the way to a recognition of indigenous ways of being and indigenous knowledge. That is absolutely about upholding or respecting why a song, why a story, why we gather or we why share this moment together is important. It's not so that you're well known. It's because that's what lets us be better human beings. That's what enables your culture to stay alive through song, through dance or through a story. Aboriginal and all indigenous cultural knowledge have maintained that. And that's what other patriarchal or colonial systems sought to remove. Language, education and art are typically removed first. But I think it's turning.

In Melbourne at the moment, there are projects run by young women in their houses or in the empty space at the back of a shop. Where the hunt for space is in spaces that enable new structures and new ways of holding the conversations that theatre is at the core of. They're projects that are being sought out and people are just running for it. They've removed money, so it's free. The exchange is that people bring food or they exchange their own writing. The movement of exchange economies around performance has shifted things enormously.

Final question, what advice would you have to younger creative beasts that feel in their core that they’re an actor, director or theatre-maker, and live in Gippsland. Bryce Ives mentioned that you had no formal training. What is something that these creatives can do now to start?
The access the Internet provides is pretty amazing. I really, really advocate for anyone, anywhere, to look for examples of the work that you go, ‘Oh my god! That's a project that I would love to have done. I’d love to see that in my town’. And then contact the person responsible. Bring mentors, good training and people to you. Often, that doesn't happen because people think, ‘Oh, no one would come and work here. Or there's no way I can go and talk to my local theatre and ask...You've got a budget and here's a project that I think would deeply affect everyone here’. So they don't even take that first step. But I think what's really important is, as citizens, we recognize that all of those organisations work with public money. They're actually bound to do certain things. Part of the role of regional arts is to provide experience and opportunities for young people within their communities. So, I would say seek out what's going to feed you and make it happen, or call PollyannaR.

She's studying in the city at the moment.
She has email...

Ha! She does. That was perfect.
I had fun with that.