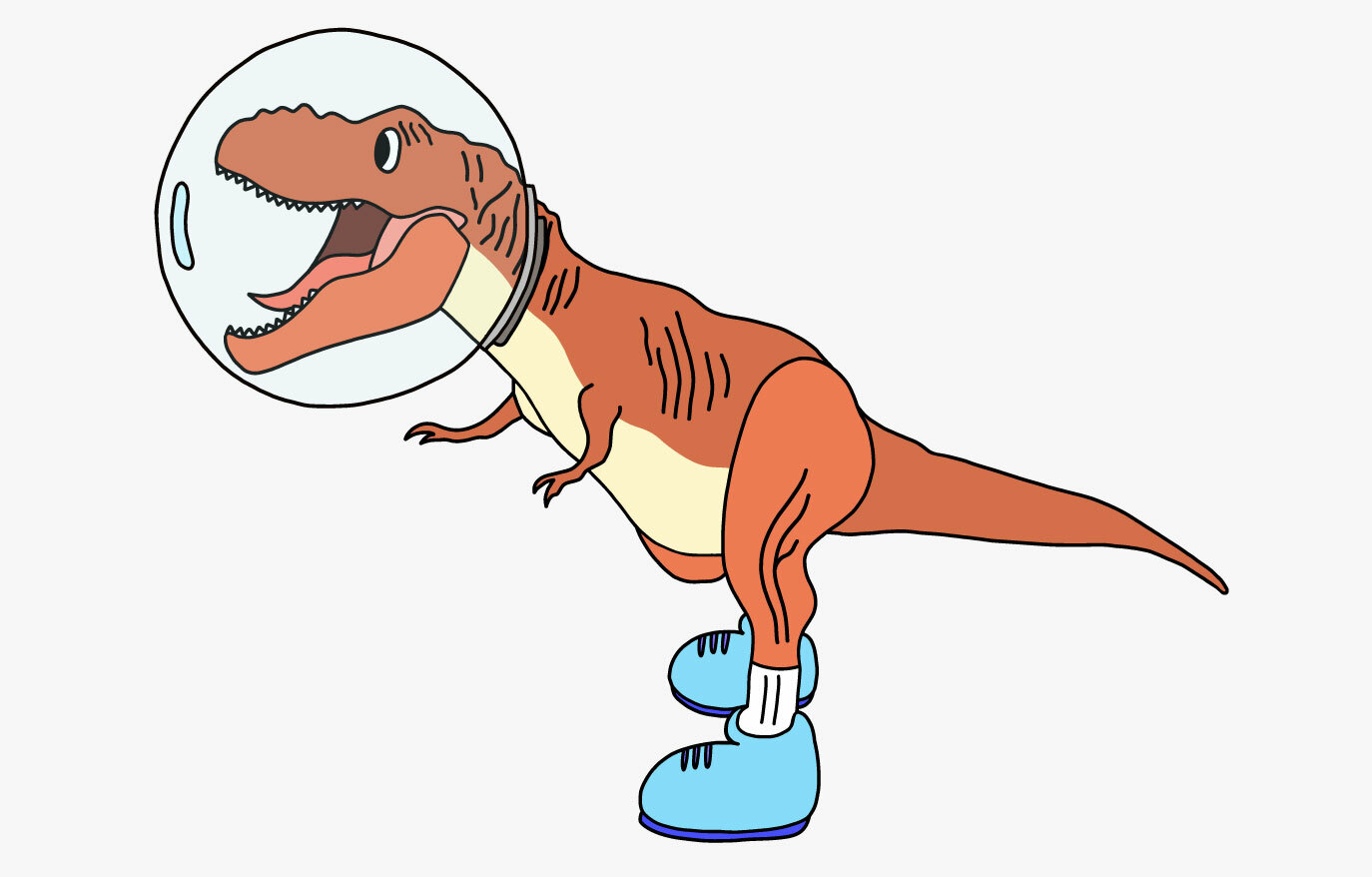 A tale to motivate you to stare at some rocks when passing along the Bass Coast.

Let’s meet a couple who are unearthing fantastic fossilised secrets, right under our backyard.

In the process, they’re demonstrating just how important the discoveries in our small corner of Australia can be in illuminating life on Earth in the distant past.

Right now, as we emerge from our winter dormancy and start to ponder the bright, sunny summer days, it’s almost unimaginable to picture Inverloch’s inviting sandy coastline still being cloaked in a deep darkness with frigid temperatures sitting well below zero.

Yet, as palaeontologists and lead researchers Patricia Vickers-Rich and Thomas Hewitt Rich explain in Dinosaurs of Polar Australia (2014), “In the early Cretaceous period, just over 100 million years ago, Australia lay alongside Antarctica, which straddled the South Pole as it does today.”

The winter night could have lasted between six weeks to four-and-a-half months, and there is evidence in the rocks near where Inverloch’s dinosaur bones are buried that points to the former existence of permafrost and ice wedging.

If you, similar to us, struggled to picture dinosaurs in such cold climates, take comfort in learning that evidence for the occurrence of permafrost had never before been reported in association with dinosaurs.

Their existence in such an extreme climate is only one facet that makes Gippsland’s fossilised past wonderfully unique, and their ability to adapt to such challenging conditions may provide insights into how we can face climate change today.

As Pat details in an upcoming release, “Not far from the RACV Inverloch Resort stands on the shore platform the rock stack known as Eagles Nest. Within about 100 metres of that spectacular stack of sediments was found on the 7th of May 1903 the first-ever specimen of a dinosaur discovered on the Australian continent.”

Geologist William Hamilton Ferguson was out hunting for coal along the Bass Coast on behalf of the Geological Survey of Victoria when he found a claw of a small carnivorous dinosaur.

Three years later, he published a beautiful geological map of the area and provided the location of his find.

Pat outlines that this then triggered, “the systematic prospecting of the Bass Coast over the next six months, primarily by Tim, [resulting] in the discovery of about 30 more fossils, including dinosaur bones and a variety of other vertebrates.

“After prospecting had continued along the Bass Coast, Tom noticed that rocks along the Otway Coast were rather similar in nature and age, and thus search shifted to there – with the discovery of what was to become Dinosaur Cove by Tim Flannery and Mike Archer.”

As explained in Pat and Tom’s book, Dinosaurs of Darkness (2000), until the 1950s, “the fossil record of mammals in Australia was almost totally restricted to the last 2.6 million years, only the last 1 per cent of their history.”

And, mammals seem to have originated at about the same time as dinosaurs on other continents, approximately 204 million years ago.

So, considering the minuscule fossil record from this ancient period that existed in Australia, the discoveries of Pat, Tom and their colleagues both at the Otway and Bass Coast sites over the past 40 years is an absolute revelation.

Amazingly, “almost the entire record that has as yet been found of mammals contemporary with the dinosaurs on the Australian continent has come from the Flat Rocks site at Inverloch”.

Both Pat, 77 years old, and Tom, 80 years old, are originally from the United States. They made their first research trip to Australia in 1971, and emigrated here in 1973, given Tom’s interest in studying Mesozoic mammals and Pat’s in fossilised birds that had been found in Australia.

Tom has said that he vividly remembers when ancient mammals captured his imagination, as it was while reading All About Dinosaurs by
Roy Chapman Andrews, which he received for Christmas in 1953. Pat says that from the age of four, she was deeply fascinated about the concept of biodiversity.

Today, Pat is a professor of palaeontology at two universities, Swinburne and Monash, and is an honorary research associate or honorary director at research facilities in Australia and abroad, having been involved in field studies in southern Africa, Siberia, Argentina, China and Saudi Arabia. Tom is a senior curator of vertebrate palaeontology at Museums Victoria.

You can now probably gather the degree of interest both Pat and Tom have in the ancient river channel near Eagles Nest, Inverloch, and the subsequent sites that have been found across the Bass Coast.

Tom shares that, “what keeps me going is the possibility of a unique insight. This could be the result of a fossil discovery, or it could come from reflecting on the available fossil evidence and seeing things differently from what anyone has done before”.

Tom’s career highlight was the discovery of the first Cretaceous mammal from Victoria, Ausktribosphenos nyktos.

“The event occurred 23 years after my being employed at Museums Victoria. From my beginning of being there, what I was most interested in finding were mammals that lived alongside the dinosaurs.”

For Pat, the high points of her career are “[being able to] do something that I love, the diversity of the adventures and the people I have met”.

You soon realise that this last point, ‘people’, is truly key to the discoveries made along the Bass Coast. Palaeontology is not the glamorous, well-funded profession you may expect. As both Pat and Tom repeatedly emphasise, these remarkable finds couldn’t have occurred without the scores of volunteers involved with digs. Over two decades, 365 volunteers have contributed to cracking rocks as hard as concrete. Each excavated rock has its surfaces examined, and then broken apart and examined again, repeatedly, until the rock is the size of a walnut or sugar cube. A volunteer could do this all day and not find anything important. It’s why Pat, Tom and their leadership group build immense team camaraderie each field season – “we’re one big family”, says Pat – as everyone pitches in to toil for the benefit of science and, hopefully, adding to our knowledge of Gippsland’s ancient past.

This is partly why Pat and Tom are greatly supportive of more being done to celebrate the discoveries in Gippsland – so many people have donated their time, energy and knowledge to unearthing the incredibly unique secrets that can be found in our backyard. As Tom comments, “for the most part, [people] are utterly surprised to learn” what has been found in the ground along the Bass Coast, especially when they hear of ‘polar dinosaurs’ or that some of them ‘hopped’; that some of the turtle fossils are the oldest representations of their type known anywhere on Earth; that there were armoured dinosaurs there, early monotremes and fearsome carnivores. It’s such a rich fossil record, and so many of us drive past the sites, oblivious.

Hearteningly, Pat and Tom agree that dinosaurs still capture the imagination of kids as much as they have in years past, which bodes well for the future.

Tom says that their daughter asked to have her own dinosaur when she was a little older than two.

“While I couldn’t promise her a living dinosaur for a pet, which was what she envisioned, I promised to name one for her if a new one was ever found. After a decade had passed, Leaellynasaura was found and named for her. She was pleased with that.

“Having a brother, he too, we thought, needed his own dinosaur. He got it a few years later but it was no big deal to him. After all, you are never a hero in your own home and he grew up with parents who dug up dinosaurs.”

Your own dinosaur still sounds mightily cool to us, and it’s something that will still trigger the imagination of people everywhere. So next time you’re passing along the coastal roads of the Bass Coast, pull over, take a moment to stare at some rocks. After millions of years in the making, surely you can spare them a moment of your time? You might find, or even make, a piece of history!