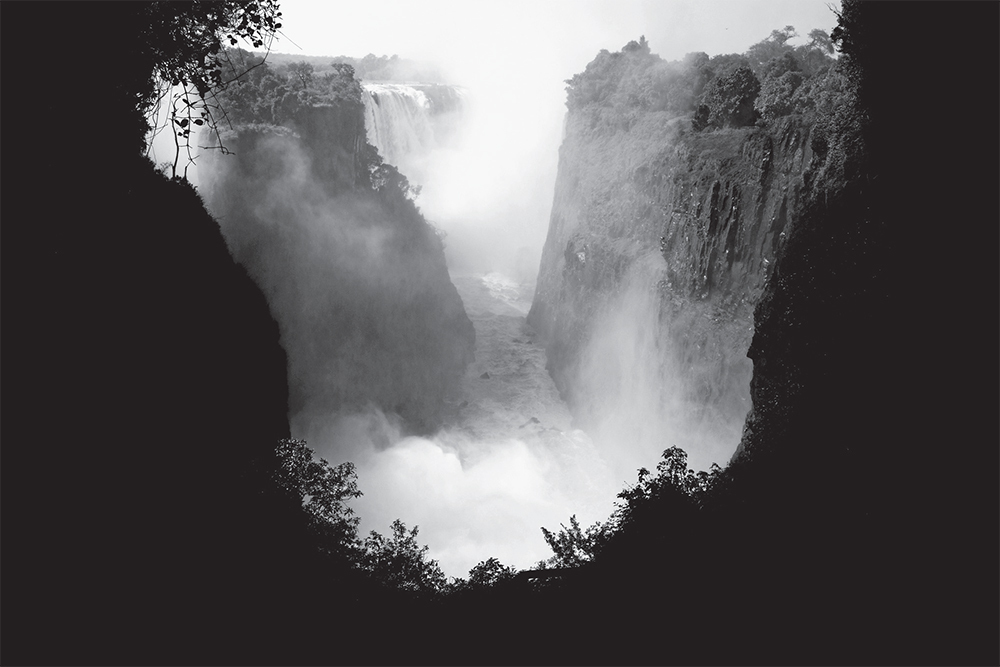 Cope’s upcoming photobook, which is to be released in early 2017.

Pabva Zizi Pagara Gondo is the title of Warragul-born, now Melbourne-based, photographer Cameron Cope’s upcoming photobook, which is to be released in early 2017.

The title references a Shona language expression that translates as, “Where the owl left, the eagle comes to sit.” As Cameron explains: “I first heard the Shona proverb, ‘pabva zizi pagara gondo’ used in Zimbabwe as a rough equivalent to, ‘you snooze you lose.’ I was visiting my girlfriend, Tazi’s, grandmother in a village called Chevecheve, southwest of Harare.

When returning to the fireside I found Tazi’s young cousin, Malcolm, had stolen my seat. That’s when he said it. But after everyone’s laughter faded and the embers turned cold, the metaphor took flight.

In my imagination, Tazi and I became the eagle and the owl. Our diff erent backgrounds and modes of seeing, crossing in the dark, trading places over continents. We had flown to the former industrial hub of Redcliff , Zimbabwe, where Tazi grew up. And though we landed on the same perch, for each of us the view was different.

Cameron, who has documentary work held in the permanent collection of Melbourne Museum, and in 2014 was awarded Travel Photographer of the Year by the Australian Society of Travel Writers, believes his forthcoming publication leans more towards the poetic than the documentary. Although the aesthetic borrows from mid-20th century documentary style, as it was all shot in black and white and using a 35mm lens.

To view more of this ‘image conjurer and travel fiend’s’ remarkable work, and to attend Cameron’s photographic presentations and workshops, please visit camcope.com and follow @camcopephoto on Instagram for updates.