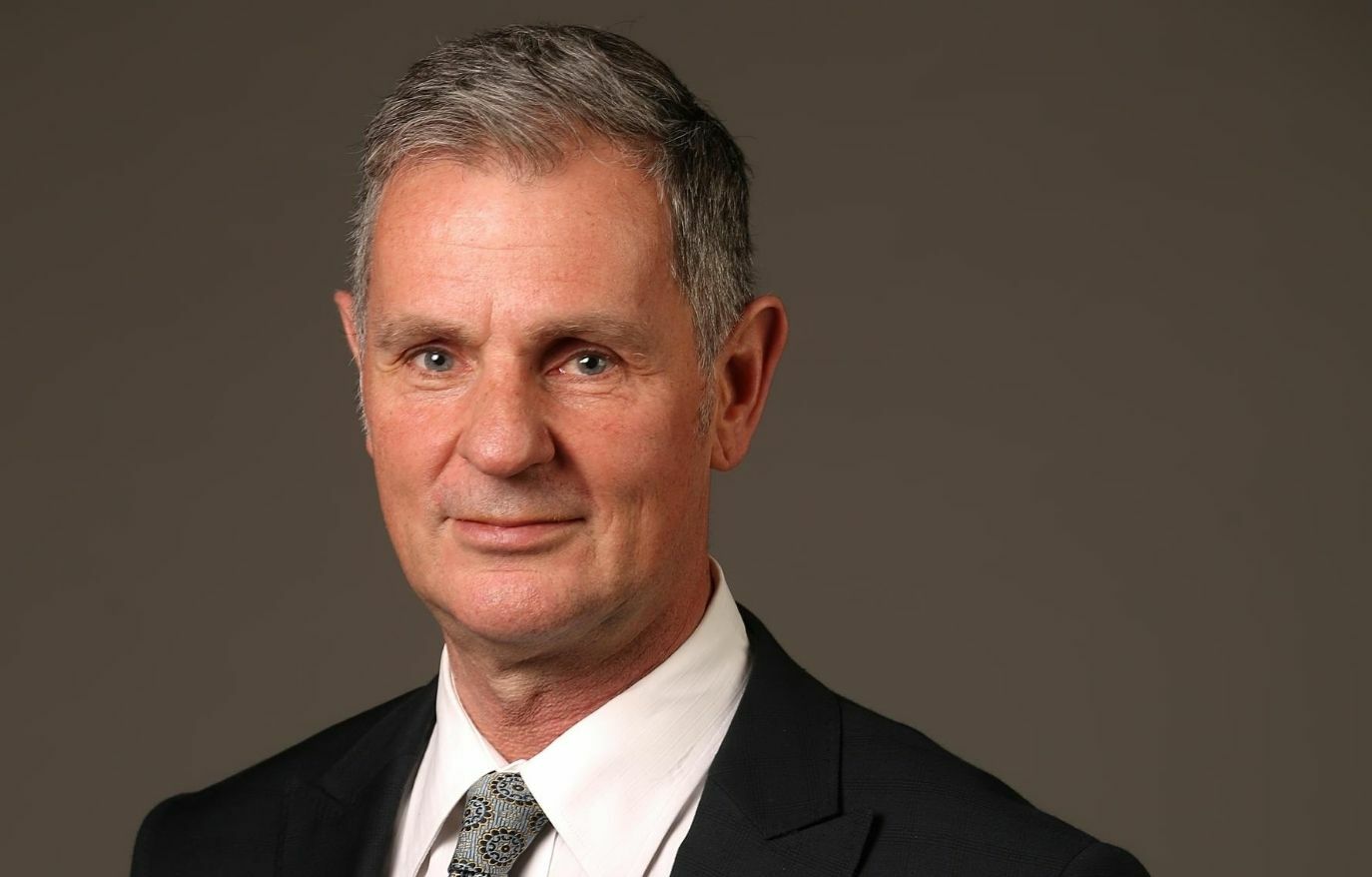 Filled with stories of travel and a passion for sports, Ondrej has some cracker stories to share.

As with many a typical high schooler, Ondrej Foltin didn’t really know what he wanted to do. He had some interest in the media, was a newspaper reader and was enamoured by sports.

Being from Geelong, he ended up studying an arts degree with a Bachelor of Journalism. Even when he began, he didn’t know whether he wanted to be a journalist, but in his words, “[I] did it. Liked it. Finished it”.

Following graduation, Ondrej landed a cadetship with the Hamilton Spectator, a family-owned tri-weekly in the Western Districts. Across the road from the Spectator were the offices of the then Prime Minister Malcolm Fraser, which kept things interesting for the year that Ondrej was based there.

Returning to Geelong, Ondrej discovered that working in a local paper meant that you were called upon for any task, whether reporting or a little production. For a period, Ondrej even became the editor, after the actual editor fell ill for a couple of months.

Given his passion for sport, the fact that he could be involved with it and call it work at the same time was something Ondrej thought was pretty good.

Before long, a contact mentioned that there were a few jobs going at The Sun (before it became the Herald Sun). Ondrej scored a production subeditor job, but from the day he started, he was plotting his resignation as he’d planned to travel overseas.

Basically, almost 12 months to the day from when he was first hired, Ondrej hit the road with a one-way ticket to Singapore with one night’s accommodation, and then he was free to travel wherever he pleased.

“It was great. I first went to Bali and Asia. At that stage there wasn’t a lot of Australian tourist traffic and not massive amounts of other Westerners. The ones you’d bump into were the Dutch and German types who were pretty intrepid. Asia was just completely different in the mid-eighties… a lot more of a frontier than it is today.

“Sri Lanka was nice. Nobody really went there back then. I was due to fly out from Sri Lanka to London with Air Lanka, but my flight got blown up on the tarmac by Tamil [Tiger] terrorists. That was interesting. I was nowhere near [to being] on the plane. The whole airport was closed. It was very much a Third World airport too. Just a big hangar basically. I had to hang around for an extra nine or 10 days, while trying to get a flight out. I told nobody [about the explosion], nobody. No point. No point writing home and scaring parents or any of that stuff. I just thought, put it down in the diary, that’ll do.”

“Did the Europe thing and basically went through America. Came home and walked straight back into a job, which was awesome.”

Before returning to sporting and travel tales, of which Ondrej has plenty of crackers, let’s continue hearing of his role in the media industry.

For the past several years, Ondrej has been the head of content for partnerships and magazines for News Victoria, predominantly releasing projects through the Herald Sun. The partnerships are typically based around shared interests from a content perspective. For instance, it could be a lift-out on what’s happening at the Royal Melbourne Show, or a magazine showcasing the new exhibition at the National Gallery of Victoria.

The other stream is when the client is in control of the journalism but utilises Ondrej and his team’s expertise in publishing and distribution. These ventures have included a magazine on the 50th Anniversary of the Moon Landing, which he partnered with the CSIRO on, and distributed via newsagents. They also created a magazine for Prince Harry and Meghan’s wedding.

Being in a position where you’re having to juggle the content’s integrity and satisfy the client’s commercial objectives could be a dicey proposition.

“You’re trying to hit a sweet spot, where there’s a level of authentic content, but at the same time, there’s some engineering that helps deliver the marketing messages for the client… You’ve got a budget, you know the marketers and strategists, and the commercial people are in the room. So the dialogue and the thinking is different, but they don’t really think like a journalist in how to craft the narrative. You still need a nose for a story. Even though with new technology and social media, everybody’s in the content business to some degree.”

As the conversation shifts to technology and the current challenges facing the media industry, Ondrej is pressed on whether he enjoys taking on these new challenges.

“Yes and no. We all have habits in how we work, but some people adjust more readily than others. I think it’s really been exciting… I think journalistically it adds a lot more publishing tools to your arsenal, but the pace is a lot quicker… it’s hard to keep up with the news cycle. I don’t really have to do that anymore. For a long time, I was the head of sport at the Herald Sun.”

This scoop dramatically alters the interview.

During the Covid-19 lockdown, there were two series that were chowing down on everyone’s Netflix data and blew up in popular culture: Tiger King and the Last Dance, a 10-part documentary series on Michael Jordan and the Chicago Bulls’ 1997–98 championship season.

Unsurprisingly for the former head of sport, Ondrej is watching the series and had previously followed Jordan’s career.

"We literally followed Jordan before he got drafted"

He adds, “We literally followed Jordan before he got drafted [into the NBA]”.

This suggests an additional tier of fandom.

Ondrej then recounts a tale of his mate ‘Frosty’ who was publishing NBA box scores in Australia during the early 1980s. Such was his commitment that he’d ring the NBA office in New York (not cheap in the 80s) and have them read the scores over the phone.

Frosty’s buddy on the other end of the line eventually becomes the communications chief for the NBA, and when Frosty heads to the States, he enjoys access to NBA stars that would make fans of today lose their minds.

In 1986, when Ondrej is backpacking around the world, he visits New York and calls this NBA communications bloke, who suggests that Ondrej should say which games he’d like to see during his trip. Ondrej gets to see Jordan score 42 points in 32 minutes, one of the more famous games of his early career.

That’s not all, Ondrej eventually lived in the States for four years and covers the NBA for the much-beloved Australian basketball magazine One on One. During this time he enjoys several more Bulls games during their heyday and actually gets to meet Jordan for a locker room interview.

In time, the conversation becomes Gippsland-centric again, and Ondrej says that once the Covid-19 restrictions lift, it could provide an excellent opportunity to better market the region to Melburnians looking for ‘greener pastures’, which have become strikingly more evident to those who have endured home isolation surrounded by views of grey concrete. He also mentions that he senses a shift in remote working becoming more culturally acceptable within businesses.

Even though he works for a Melbourne-based newspaper, Ondrej has called Buln Buln home for a while now, and when asked about local community newspapers, he’s quick to respond.

“They have never been more important. We may have the globe at our fingertips and so many sources of information, but truly local content, that speaks to exactly what affects local people, is very, very important. Local media is certainly an important facilitator of community.”

Ondrej speaks about After Life, a British dark comedy–drama series created, written, produced, starred in and directed by Ricky Gervais. The show features community newspaper in a small English town.

“One of the lines [of dialogue] is, ‘I guess everybody has to be in the local community newspaper at some point’. I think that is really important. You have to celebrate all the members of your community. Share their stories and any success they may have, over and above the norm.”