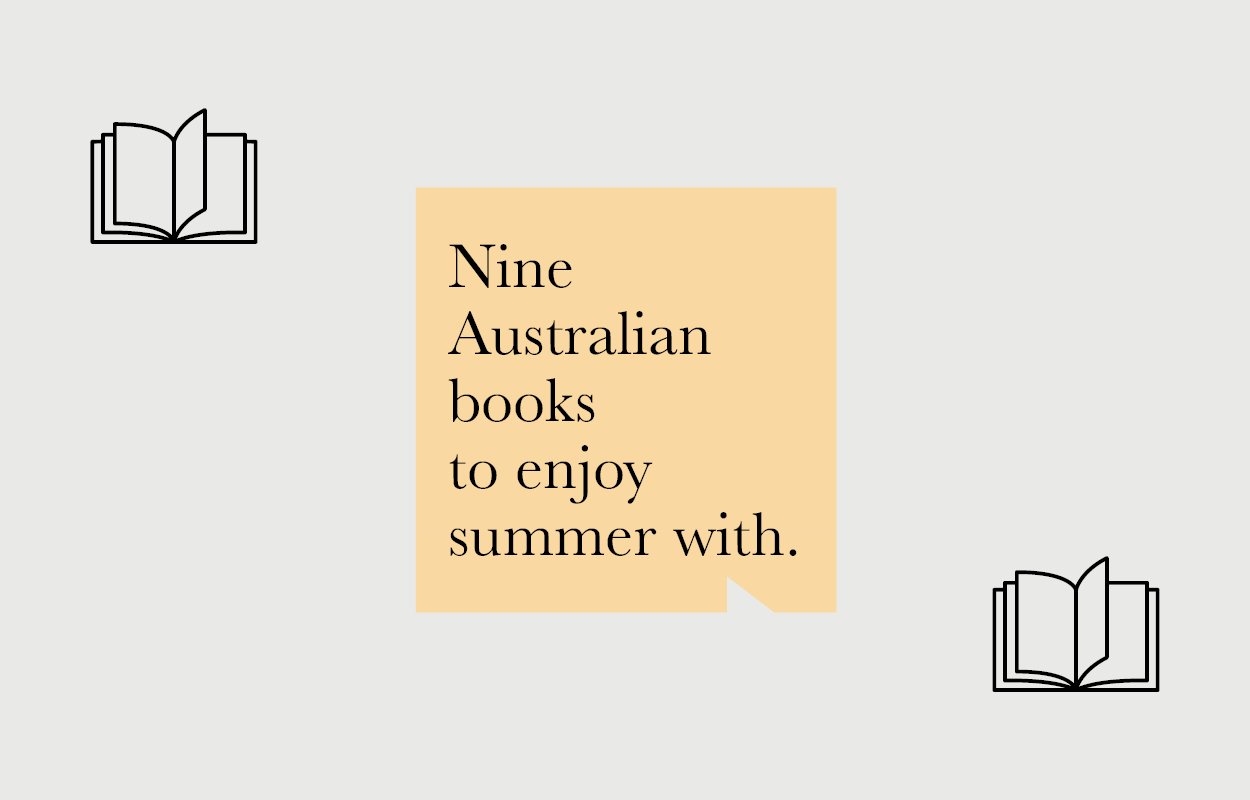 With so many fascinating books available, Australian authors may get a little overlooked at times. But with 2020 providing difficulties to everyone, even the shipping of overseas titles, perhaps Australian fiction has had more of a chance to be seen and read this year.

Here are nine Australian titles we have enjoyed over the past twelve months:

This story is filled with iconic rural Australian characters that both make you smile and roll your eyes. They’re soft-hearted in looking out for each other, but as tough as old boots when it comes to facing life’s challenges.

Although this story is a light read, it tells an important tale.

After being declared bankrupt, dairy farmer Tom Murray decides that he would rather shoot his cows and burn his house down than hand them over to the bank. Unfortunately, he dies in the process. Deciding to continue her husband’s protest, Tom’s widow, Dawn, chooses to carry his coffin on the back of a horse-drawn milk cart all the way from country Victoria to Melbourne. Her two children write a sign each to hang off the side of the cart: “My Dad Died For Your Milk” and “Your Low Milk Prices Killed My Dad”. Not only does the story bring to our attention the plight of our dairy farmers, it also tackles themes of loss, grief and anger, but with a good dash of Australianism and humour to keep the story from being too depressing.

Romance is not our preferred genre, but when we saw the cover for The Lost Love Song, we had to investigate further. It was the music element to this story that intrigued us.

In Australia, Arie Johnson is eagerly waiting for classical pianist Diana Clare to return from a world tour, hopeful that after seven years she’ll finally agree to marry him. While away, Diana pours all her thoughts and feelings into a love song for Arie. But after her music journal is lost, the ‘love song’ takes on a life of its own. On its way back to Arie, the song touches, delights and transforms the lives of many.

The lost song is the truly delightful touch to this story. The way the author uses the music to connect the characters and bring out their unsaid thoughts and feelings is extremely moving and nicely written. Although the story is presented through words, the feeling of music and connection stays with you long after finishing the book.

Gulliver’s Wife draws its inspiration from Jonathan Swift’s 18th century satire, Gulliver’s Travels. Author Lauren Chater got to thinking about how Gulliver’s wife, Mary, would live while her husband was away for such a long time. What would she have done to support herself and their two children?

Lauren decided that Mary could have been a fully trained and respected midwife. In-between her role as herbalist and midwife, Mary has her hands full trying to understand how to help her adventurous teenage daughter until the drama goes up a notch when a fevered man is brought to her front door claiming to be her long-lost husband.

Turn of the century lifestyles, and the important role midwives played, make a fascinating backdrop to this drama.

The History of Mischief
by Rebecca Higgie

Winner of the 2019 Forgarty Literary Award for an unpublished manuscript, this story is a delightfully imagined tale combining whimsical magic and history.

Jessie and her older sister Kay find a book called The History of Mischief hidden beneath the floorboards of their new home. It is like no book they’ve ever read before. Jessie is convinced that the history is true, even though her research suggests otherwise. But then why and how did “The History” come to be written? This cleverly crafted novel weaves stories within stories until finally the truth is uncovered.

We totally loved the imagination of this story, as well as its sensitivity and skilfully woven plot.

The Dictionary of Lost Words
by Pip Williams

After enjoying reading The Surgeon of Crowthorne by Simon Winchester, author Pip Williams was left wondering if there was another part to the story of the Oxford English Dictionary that hadn’t yet been told.

We have plenty of information on the involvement of the editors, many of the assistants, publishers, printers and even financiers, but very little about those who worked behind the scenes. In particular, Pip wondered about the roles women played in compiling the dictionary.

The Dictionary of Lost Words is based around the life of a young girl, Esme, who initially grows up under the sorting table of the Scriptorium. As she becomes older and more skilled, she begins working on sorting and collecting words and definitions like the other assistants.

Esme’s story is beautifully told. It is easy to get carried away with the ups-and-downs of her life, but always in the background is the story of the dictionary. This phenomenal story leaves you with a full appreciation for all those who worked to make such a dictionary possible.

Sixteen-year-old Piper’s story is set in Melbourne, slightly in the future, against the backdrop of a large corporation controlling the food supply, an oil crisis and drought. Piper has been taught by her mother to hide her deafness and to try to pass for ‘normal’.

This places a huge burden on Piper until she meets up with Marley. Marley is a CODA (Child Of Deaf Adult). He introduces her to the deaf community and a whole new way of thinking. Instead of hiding her deafness, she learns to embrace it. Instead of relying on a large corporation to provide her with synthetic food, she becomes empowered to grow her own. Embracing these new ways of thinking, she empowers a local community that cares for each other.

This novel tackles important social issues that put me in mind of classics such as 1984, Brave New World and Fahrenheit 451. But it is the insight into deafness and the deaf community that make this essential reading.

After having several readers looking for a crime/mystery novel with a satisfying mystery to solve, but also a good story to tell, we came across Melbourne author Garry Disher.

His newest series starring Constable Paul Hirschhausen (known as ‘Hirsch’ throughout the novels) has been described as an ‘Australian Western’. Set in the South Australian wheatbelt, the formerly promising metropolitan detective finds himself in a small, outback town with a stagnant economy, racism, rural isolation and ‘more crime than he can handle’.

Readers have said to us they love the Australian feel of these novels, the outback characterisation and the intriguing, twisting plots. There are now three books available in this series, with the newest book Consolation being released just recently.

Looking ahead, we’ve got two more books from Australian authors in our to-be-read pile.

We are constantly being told, especially by the tech and corporate behemoths, that they’ll make our future bigger, brighter and better. But what if human happiness lies in going back to the past? What if those whose jobs have been destroyed by ‘big business’ are invited to fight back in the only way that could possibly succeed: by living as if the Internet had never been invented?

We are excited to see how this story plays out.

The Funny Thing About Norman Foreman
by Julietta Henderson

“What do you get when you cross a painfully awkward son, lofty comedic ambition and a dead best friend? Norman.”

This adventure is due out in January 2021, and sounds intriguing, heartwarming and thoughtful.

Our dear friends at the Reader’s Emporium have been supporting Gippslandia since #1. Why don’t you show some love to them, and Gippsland’s local bookstores, there’s not much better than a good book.