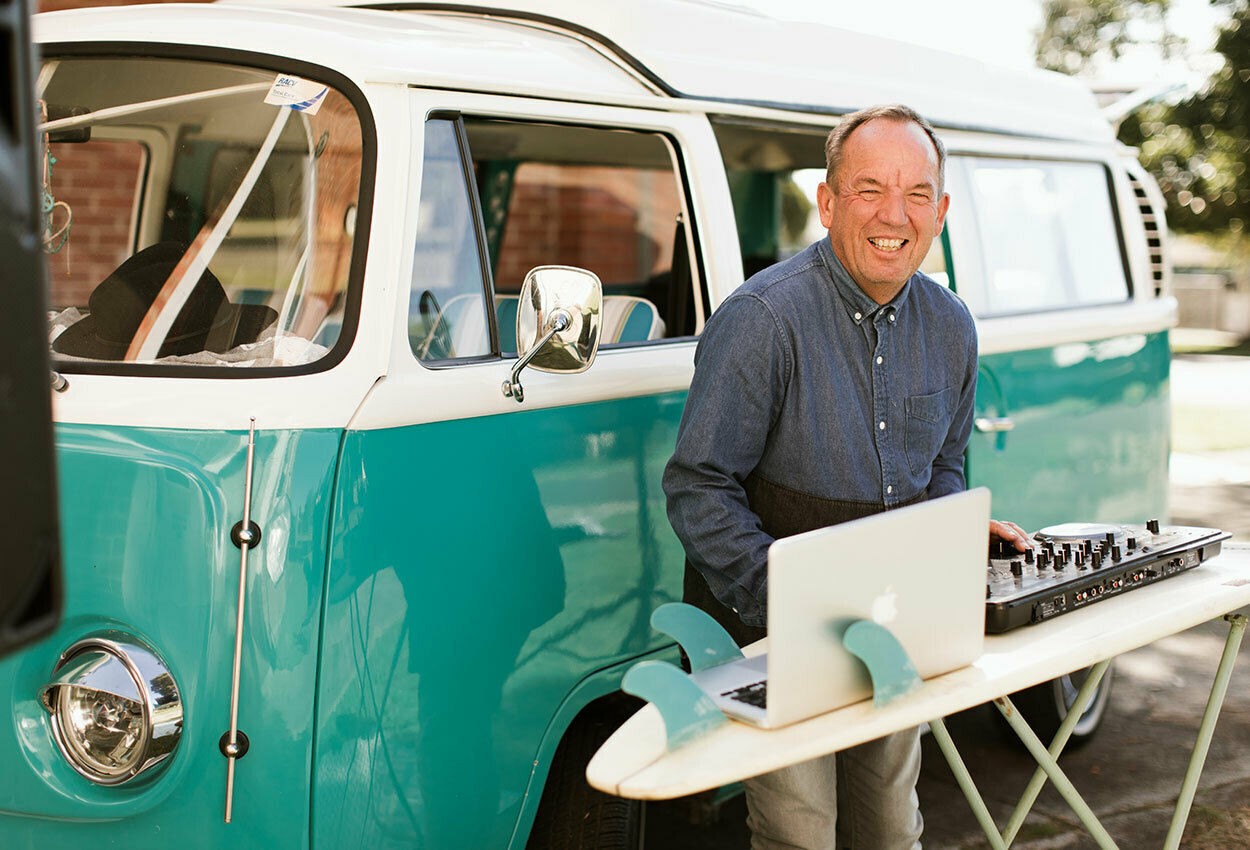 DJ Nige brought disco to town in the 70s and is still keeping the dance floor jam-packed.

He may have been named Nigel Beck, but in these parts he’s ‘DJ Nige’, a Warragul-based party-starter who brought disco to town in the 70s and is still keeping the dance floor jam-packed wherever he plays.
—

DJ Nige explains that he was very fortunate to grow up in a home where there was always music, as his mum played piano and his father sang.

“I have a clear memory of my parents buying a TEAC reel-to-reel tape player and we could buy recordings on the reels, just as you buy CDs or vinyl now.”

While we’re not sure if many people are purchasing CDs anymore, record sales are still increasing as the vinyl revival continues to grow. His first public gigs applied an entrepreneurial, do-it-yourself approach as DJ Nige brought his home turntable, amplifier and speakers to Warragul’s Club Hotel in 1975 and entertained the punters.

“I then approached the Railway Hotel and asked if they had heard of this thing called ‘disco’. They agreed to put me in their lounge on Thursday, Friday and Saturday nights. This was in the days of Saturday Night Fever, and so in 1977, the Railway was hosting Warragul’s first disco.”

Just as he is now with his beloved Deirdre (a 1970s VW Kombi), or Audrey (a Vespa), DJ Nige was already mobile in those original days: ready and eager to head out on the road to light up parties and events with his mixes.

When quizzed on why music accompanies celebratory moments and festivities across the world’s cultures, DJ Nige states that, “Music sets the scene. Music massages our emotions. It can gently take you to a place that feels good. The lyrics, melody and tempo are all so powerful. What’s a celebration without music?”

DJ Nige shares his idea of a dream set.

“My fave style of gig is just providing a vibe — essentially background tunes. Whether it’s at the Boho Luxe Markets (Federation Square/Exhibition Buildings) or the Warragul Farmers’ Market, l just people-watch and play to whoever is there. There is nothing better than the positive comments I receive when I’m in these types of environments.

“[The upcoming festival is] my fourth year with Beyond The Valley at Lardner Park. I just love working there, playing 80s and 90s hits from Deirdre. Beyond The Valley is such a friendly, happy festival. Much love for the team that puts this on in Gippsland.”
Adam and Julia Vardy of Mewburn Park Homestead, Tinamba, are regular hosts of DJ Nige’s musical exploits, and they supported his ability to pick the mood.

“DJ Nige reads the crowd and has the dance floor full every time. Driving his Kombi into our marquee at reception time is always a highlight!”

Before hitting DJ Nige for some track recommendations, we couldn’t help but ask: when does he feel the music must stop?

Name your top three tracks for filling up a deserted dance floor?

‘Man! I Feel Like A Woman’ by Shania Twain.

DJ Nige’s recommendations on the best song to…

Walk down the aisle to:
‘Let’s Stay Together’ by Al Green.

Trigger a sing-along at a summer BBQ:
‘Horses’ by Daryl Braithwaite.

Action-dance to:
‘Bohemian Rhapsody’ by Queen.

Woo your future partner with:
‘Hold Me In Your Arms’ by Southern Sons.

Play as the lights come on in a nightclub:
My fave is ‘Dilemma’ by Nelly or there’s ‘Closing Time’ by Semisonic.

Throw on as you leave work on a Friday afternoon:
‘Love On The Weekend’ by John Mayer. I’m a big fan of love ;)