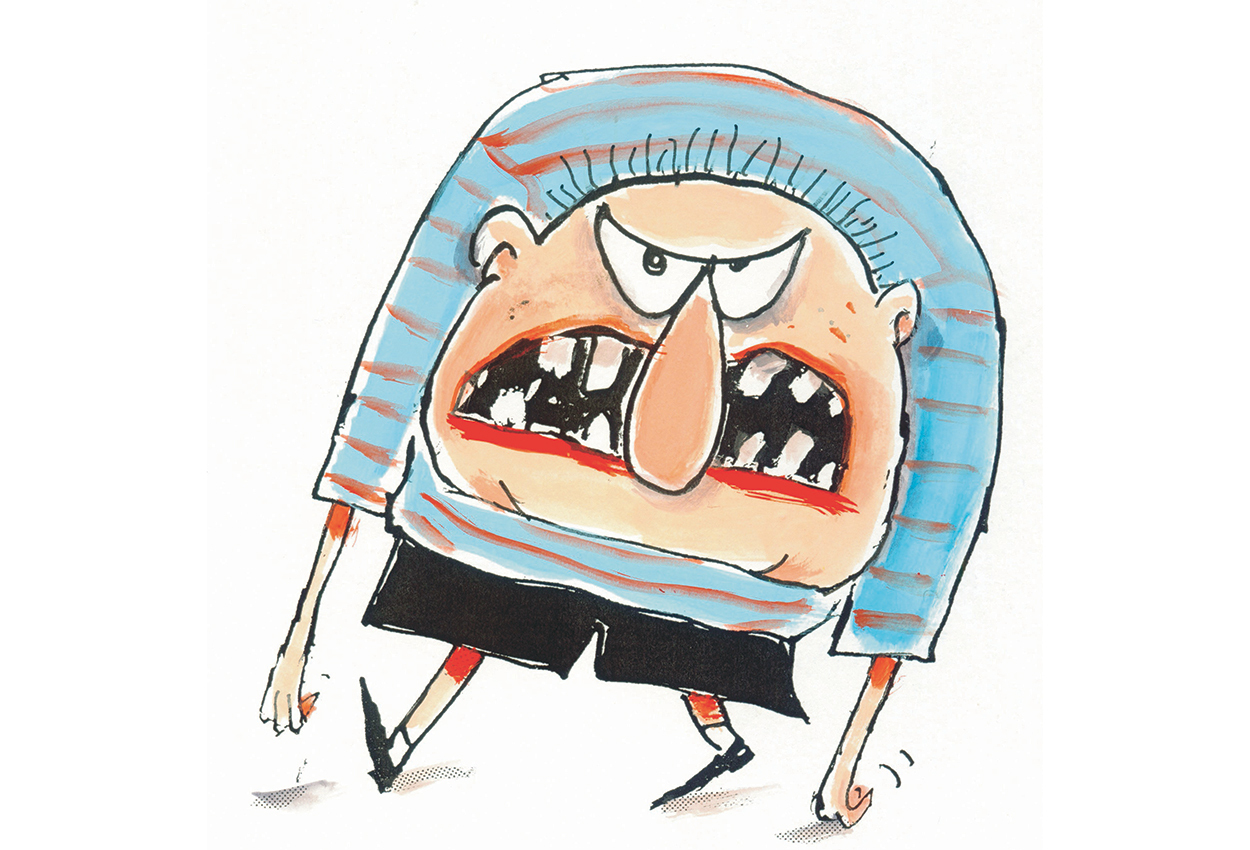 Mr. Chicken and the path to a creative career.

We couldn’t pass on a recent opportunity to speak to the talented Leigh Hobbs on growing up in Gippsland and exploring creativity in regional areas. Leigh, a renowned Australian artist and author is known for the twenty children’s books he’s written and illustrated; featuring his characters Old Tom, Horrible Harriet, Fiona The Pig, The FREAKS in 4F and Mr Chicken.

These quirky illustrations are iconic, and still relevant for children despite the odd forty years they have been around. Leigh is also currently The Australian Children’s Laureate 2016—2017, advocating reading and creativity in the lives of young Australians. —

Leigh spent an impressionable six years of his childhood growing up in Bairnsdale during the 1960s. The memories are embedded idyllically with bush riding with mates along the Mitchell River, road trips from Burthen to Metung and heading to the Prince Regent Theatre to see a movie with a bag of sweets in hand (and for only two shillings!). Leigh also fondly remembers of visiting a short, grumpy Irish nun named Attracta every Wednesday at Nagle College for piano lessons. These small adventures made close friendships that have lasted for more than 50 years. Like most youngins’ his age, Leigh stumbled into playing footy, despite the fact he had no clue (or interest) in what a full forward really did. The brief stint made it obvious that he would not become a sportsman. Despite the fact he wouldn’t pursue a ‘traditional’ career path for the time, Bairnsdale was a good place to call ‘home’, as Leigh’s creative brain began buzzing during art class at school. Like most stigma around the arts during this time, he mentions that while growing up his parents always encouraged (in a low key way) his artistic pursuits while insisting that he get qualifications for a ‘proper job’. This did not sway Leigh, as he was adamant about getting into print, no matter what. By 1982 the excitement rattled through him as his first cartoon was published in The Age. From then on, while working at Preston Tech he continued freelancing for them with the odd article in the Property or Finance sections. Of course, this isn’t what Leigh wanted to do forever, but it was getting him to where he wanted to be. With much patience and persistence, Leigh mustered up the confidence to create his own voice in both writing and drawing. He became the “captain of his own ship,” and began his career in children's books. His illustrations were brought to life as characters, to enjoy their own adventures, which have captivated kids for over 40 years. Leigh’s work has become more than an adventure on the page. Mr Chicken Goes to Paris established an international presence as a continuous best seller at The Louvre Museum in Paris for years. Since then it has been adapted for the stage by NIDA (National Institute for the Dramatic Arts). A production of Horrible Harriet was on stage at The Sydney Opera House this year and has been touring Australia. Both these are opportunities for his readers to see his work in another artistic medium. And quite possibly, they will be part of theatre programs in schools in the future. Leigh is an advocate for engaging imagination. He is a believer in nurturing creativity, but not necessarily that creativity has to translate artistically. Creativity isn’t neglected, or dependent on location. This is the same for children in Leigh’s eyes, “Kids are the same everywhere, despite different social mores. The essence of a child is non-judgemental and extremely sensitive characters up for fun.” As long as creativity is celebrated, where children have an environment to feel, “engaged, encouraged, stimulated and enthused,” imagination will thrive. The most valuable man-made environment to achieve this are spaces like libraries. They aren’t just a ‘home for books’. Especially in regional areas, libraries have become hubs in the community. In his international travels (alongside his mischievous characters), Leigh has been witness to the positive influence libraries have had on children from Bairnsdale to Luxembourg. Listening to Leigh’s support of our regional libraries, we can see how the revival of such spaces across Gippsland creates an optimistic influx of creativity that can thrive across our area. Creativity is more than just what’s around you. Anyone can have intentions to be creative and have a wild imagination running in their inner-dialogue. “Just get cracking and do it,” is the piece of advice Hobbs offers to those who intend on practising creativity. As mentioned before, creativity isn’t just artistic, it can be a new process or innovative solutions and progression in any field or trade. People can think up great things all the time, but, unfortunately, fewer of us really act on it. What Leigh (and I’m sure many others successful Gippslandians) recommends when pursuing your dreams, is a “dogged persistence is a must, together with the ability to cope with disappointment and recognition.” The beloved Old Tom was rejected by five publishers before Penguin said, ‘yes’ to this iconic feline and the respective author. Leigh had the ambition to persistently carry on, then with his talent, and a bit of luck, he’s managed to sketch out a remarkable career. With this, Leigh leaves us to “get cracking” himself on completing Mr Chicken’s next adventure, Mr Chicken All Over Australia. 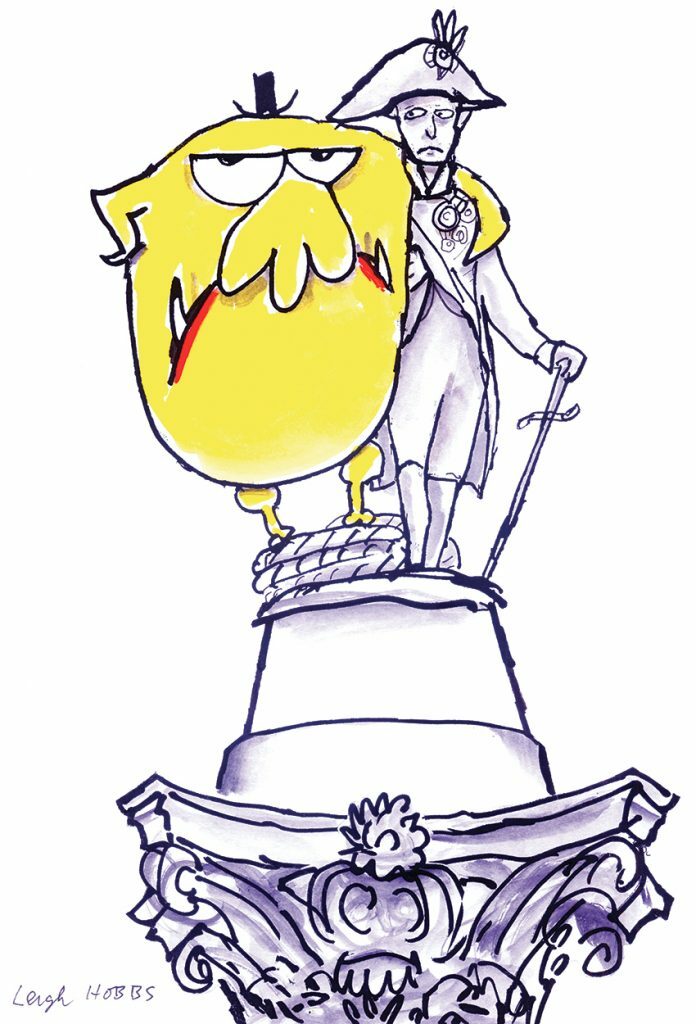