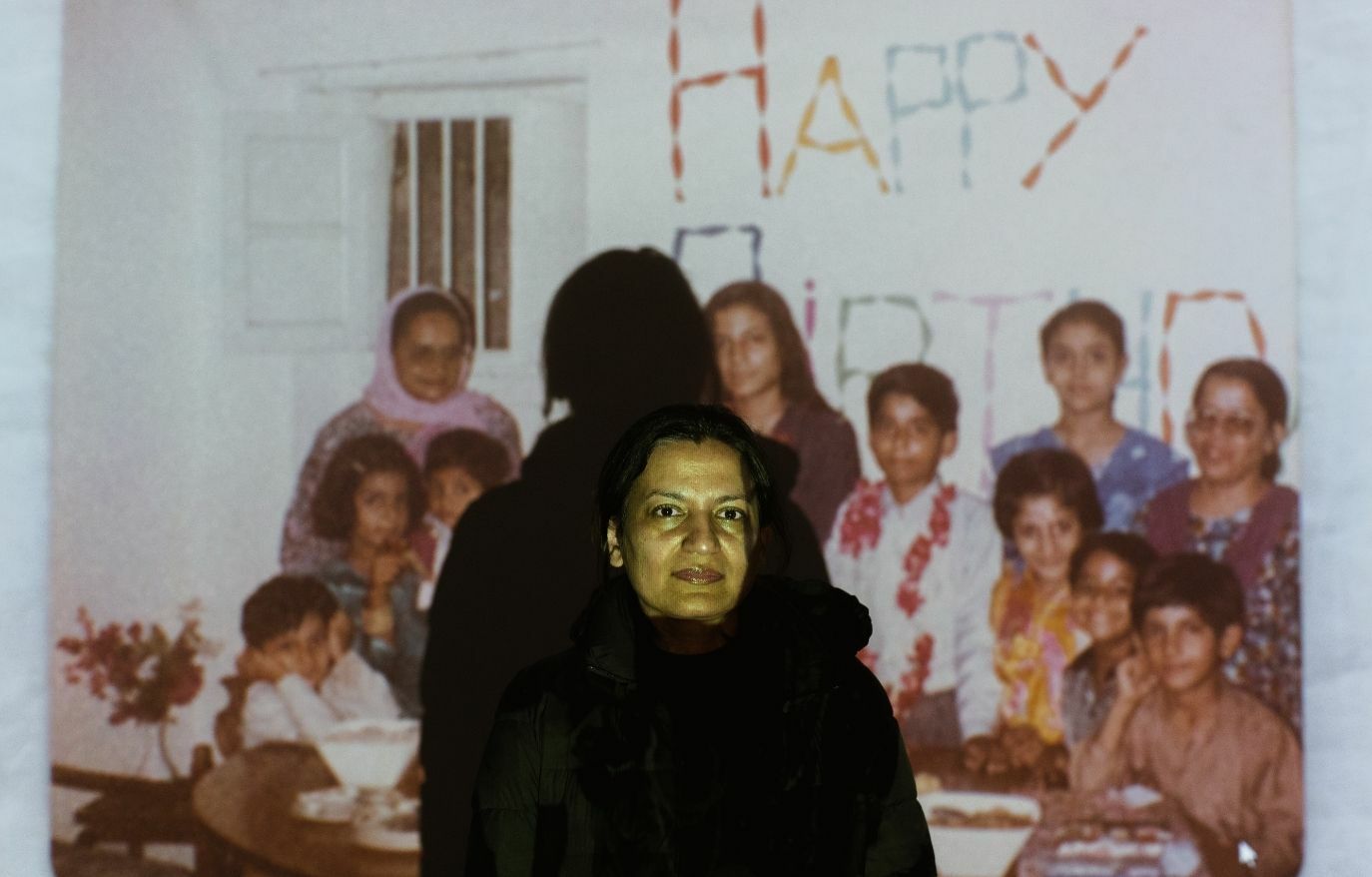 Through these projections, the past simultaneously sits with the present, providing a bridge across time and space for these migrants’ memories.

These shots will feature in a new long-term photographic project from Lauren Murphy. Her aim is to give a voice to people’s stories and encourage the valuing of diversity and culture.

In the layering of moments, can you narrate the eternal shift migration has on one’s sense of self? The photographs explore the role visuals have in our memory and connection to our journey. But what if we don’t have photographs? What prompts us to remember or connect others with our roots? 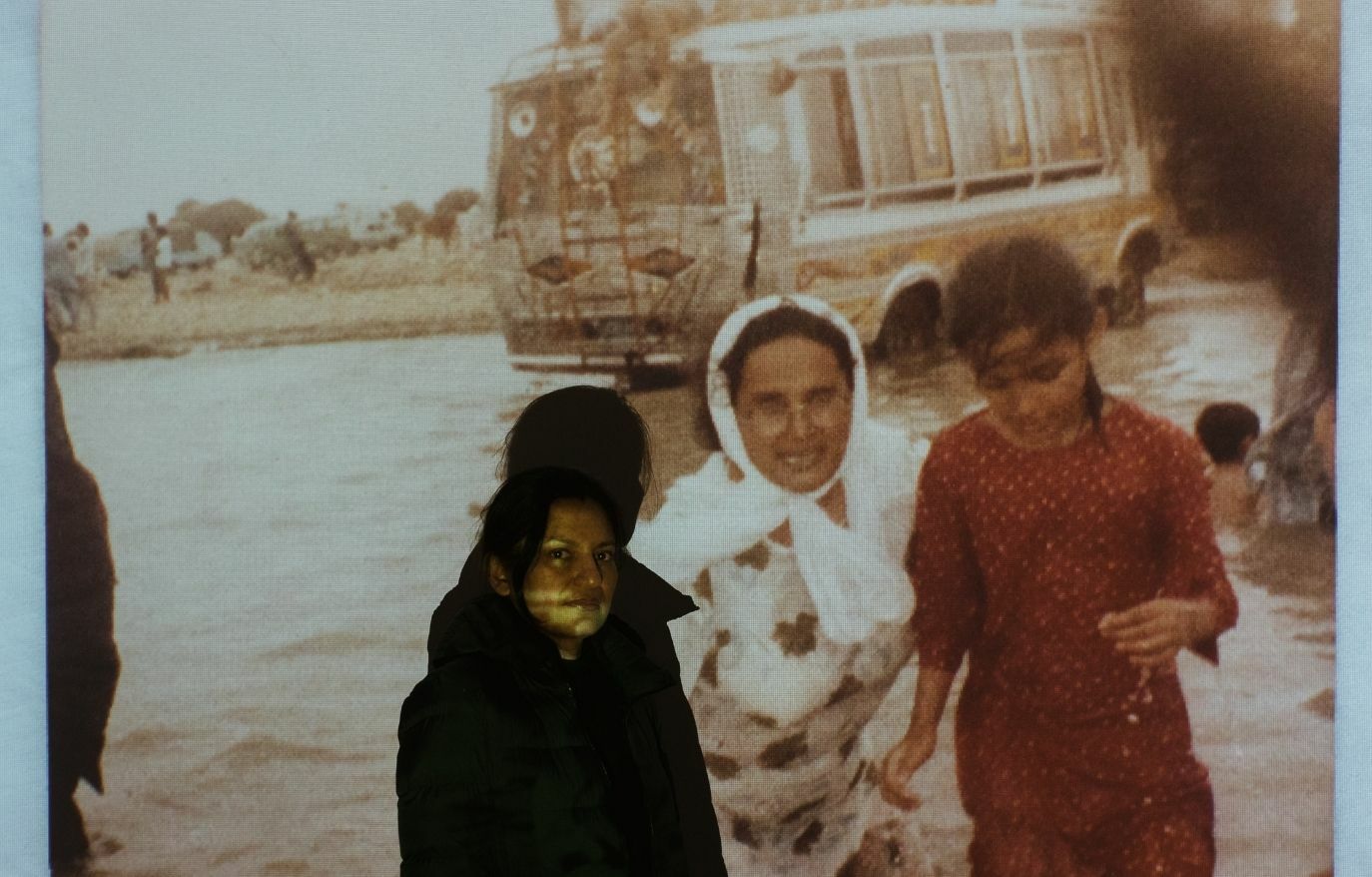 Migrated in March 2013 from Karachi, Pakistan.

First settled in Melbourne and moved to Warragul in 2015.

Initially, I felt sad to be leaving, as I had left my daughter and husband behind to come. They eventually arrived four months after me in July.

On arrival, the unfamiliarities were that there weren’t as many people in the streets, and that I didn’t understand Australian slang.

In settling in Australia we were looking forward to finding safety, security, peace and access to basic facilities, such as public health, employment and a good education for my daughter.

Food, people, memories of places where I spent my childhood and youth, as well as work and achievements, prompt connection back to my home country.

I think that migrating has influenced my way of living from a collectivist culture to a more individualistic culture.

I have visited Pakistan twice since my arrival. It’s complex, as it allows me to revisit some of my memories that are both good and bad. I have my two siblings in Karachi who experience mental health issues.

I think that migrating has influenced my way of living from a collectivist culture to a more individualistic culture. I have become clearer about what drives me, for instance, family, community and social justice.

I always knew that these were important values but I felt that I didn’t have the privilege to fully exercise them, whereas now I feel that I try to live my life intentionally, rather than an automatic response to situations. It’s a work in progress though.

The first photo is of my mother and me at a picnic spot called Keenjhar Lake. I don’t have many photos of my mother from my early years and looking at it on the screen took me back to that moment which I can’t fully recall, but can feel within me.

I had a strong bond with my mother who died of breast cancer in 2009.

The second photo is my 14th birthday with a cousin whose birthday comes a day after mine. All the younger cousins are lining up looking at the cake. I have my aunt and a neighbour in the picture too. It was another world or maybe another universe, I don’t know. 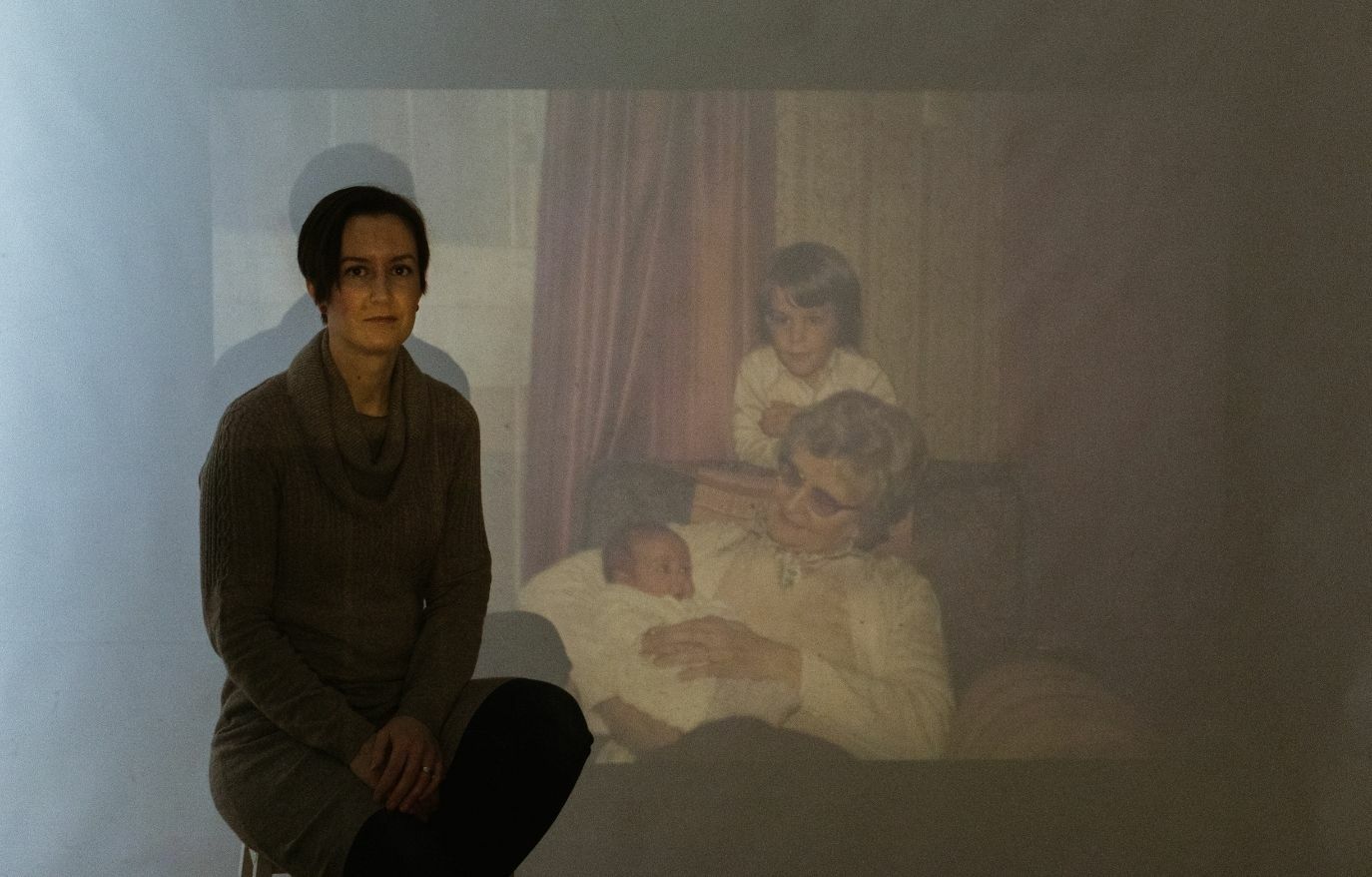 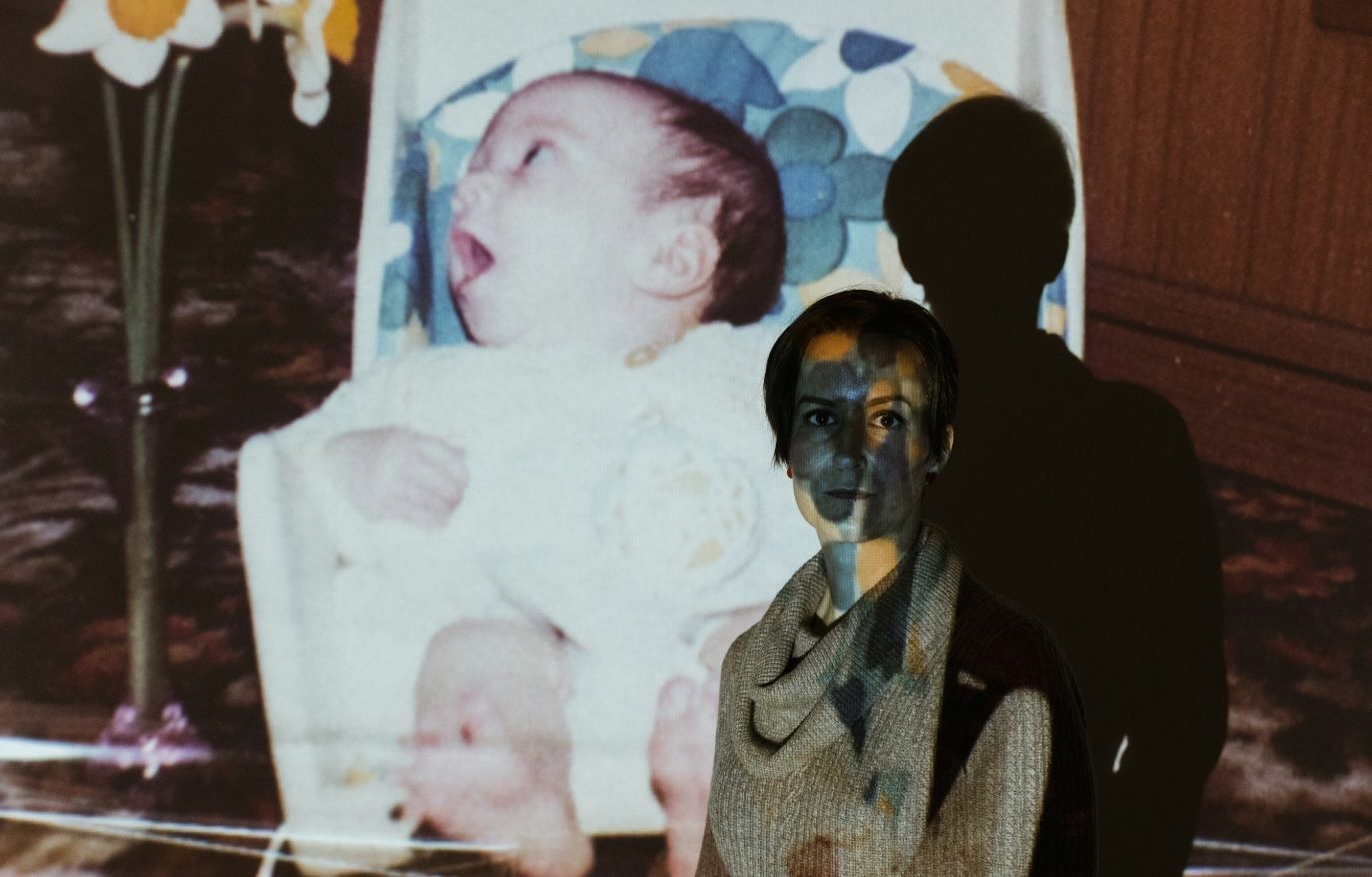 Came straight to Warragul from the airport.

Before we left we called all our family and friends to discuss our opportunity. It was mostly met with positive encouragement, but those who were negative were quite draining. Once we’d made the decision, I was so excited for our adventure to begin. We stopped over in Singapore for a few days and I remember not being able to relax, worrying if we’d made the right decision. Will we like it? Will they like us? Will we make friends? Will I be able to fulfil the expectation of my job? How embarrassing if we have to go home. Have we sold everything for nothing? Did we appreciate what we had enough?

Now I look back on it, I’m not sure what exactly felt unfamiliar. I remember telling everyone that it reminded me of visiting the US, in terms of the space. Phraseology and words were also quite funny! It was a few weeks before I dared to ask anyone what gumboots were. But everyone seemed to wear them!

For me, ‘connection’ is with people. So, wherever I ‘lay my hat’, so to speak, is where I feel connected to and call home. It took us a good two years to feel really settled in Australia and know that we wanted to stay. We have built and been absorbed into a wonderfully supportive community, many of whom took us under their wings and helped us to meet more people who have ultimately become friends and our Australian family.

Visiting Norwich again weirdly allowed me to feel at peace with our decision to move and settle in Australia. While we miss our family and friends dearly, we have created a life we are very happy with. By no means is the grass greener, it is simply a different shade that suits us in this space and time.

For me, ‘connection’ is with people. So, wherever I ‘lay my hat’, so to speak, is where I feel connected to and call home.

I think I am much more confident with knowing I can throw myself into uncomfortable situations, because I know I can overcome them. I know the word resilient is used often and I worry that I use it too freely, but I do feel more resilient.

When thinking about the concept of ‘home’ my mind went into overdrive. Mainly because I realised that I don’t really have many photos. I found a box containing a powder compact from my great-grandmother and two slides. In the photo is my older brother and me with my grandmother. Unfortunately, this was before my little sister arrived. There’s just something about the format of the photo that brings me grounding, connection and warmth. 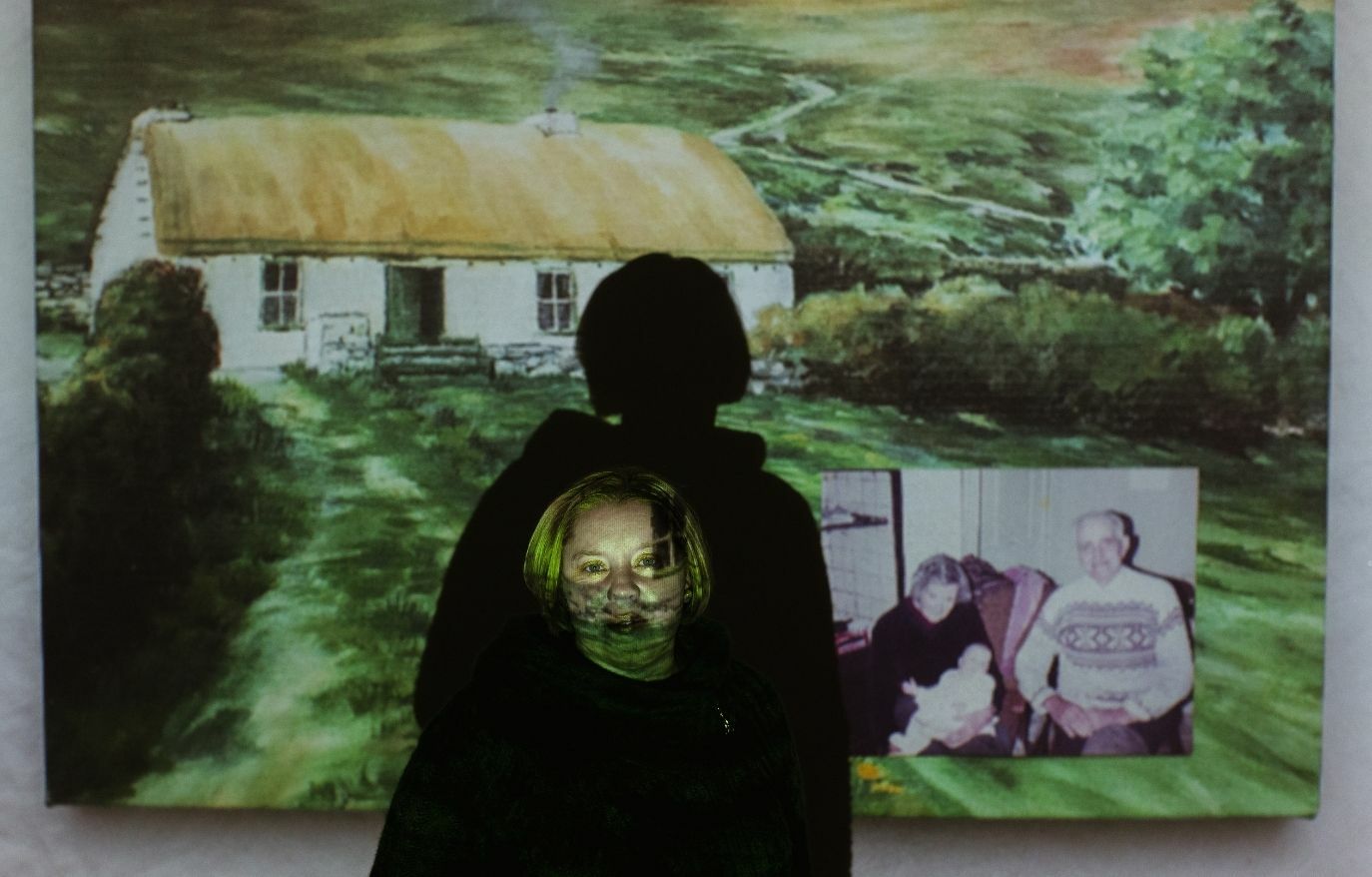 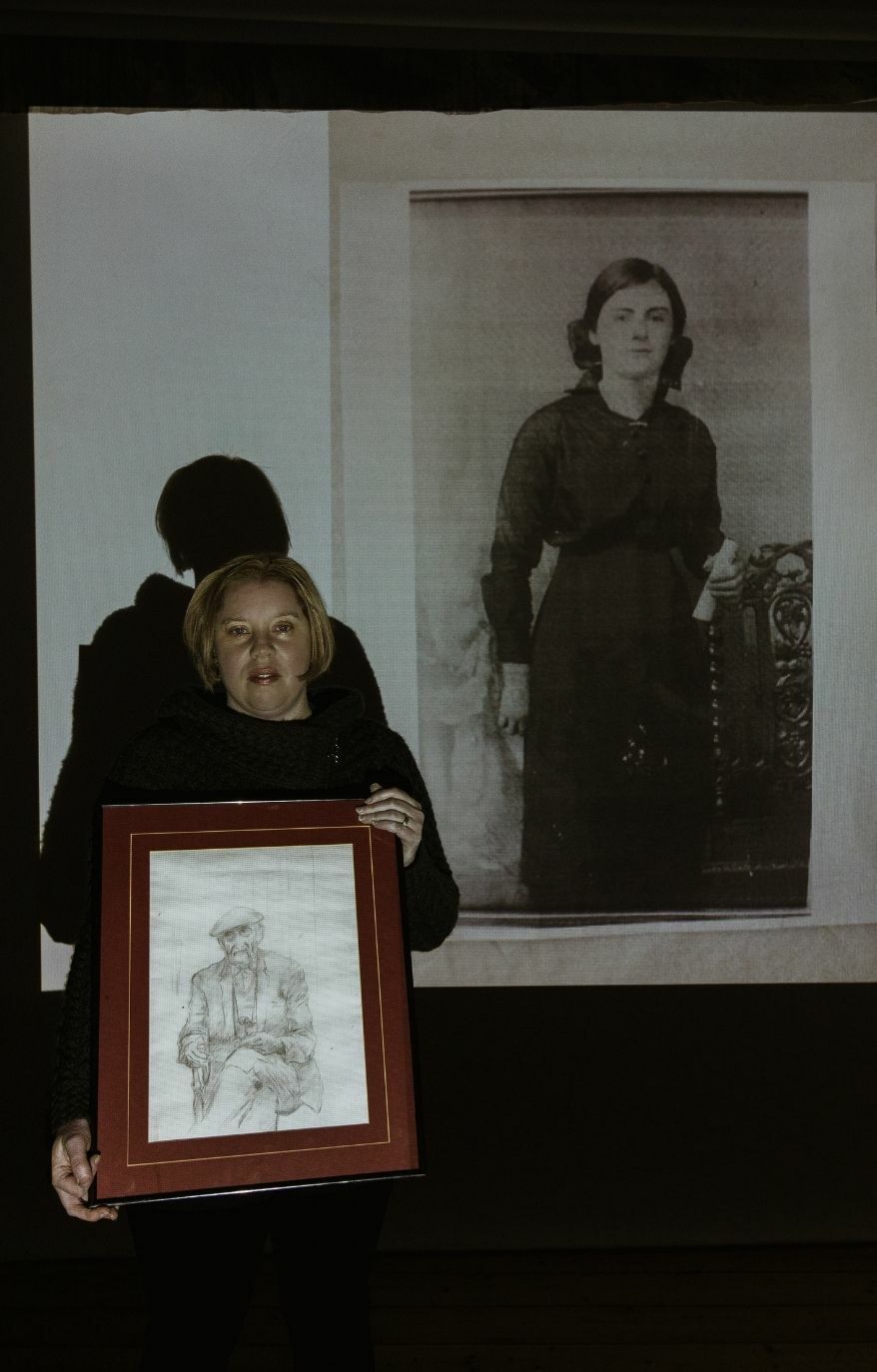 I was seven years old when we left, so I knew it was a big deal, and I was sad to leave my school friends and grandparents. My parents seemed really happy about it in their attitude towards me, but later, of course, I found out it was really hard for them to leave. They made it seem like we were going on an ‘adventure’.

We arrived on the hottest summer’s day of 1989! It was 41°C and it literally hit our cold, pale Irish faces when we walked out of Tullamarine Airport. Then there was a long, hot drive to Traralgon with no aircon.

Starting school, it was hard to understand the Australian accent, and I had to really concentrate to understand what teachers and other kids would say.

I kept a connection with Ireland via my older cousin who became a penpal for my whole childhood. She’d share everything that was going on.

Also, my parents would tell stories of their youth, their family and ancestors, even the odd ghost story. We had copies of books in Irish: poetry and folklore. We always had Irish music in our house and my parents were in an Irish Cultural Association and part of a music group. We’d often be at Celtic celebrations around Melbourne and Gippsland growing up.

We were lucky to be able to go back to Ireland many times. In 1999, the whole family went back for three months and toured around, and that was a special trip for us all. My dad’s family comes from the Gaeltacht area of North West Donegal, an ancient place with neolithic monuments called Glencolumbkille. We were taken there on holidays from birth and it’s a special place for me in regards to grounding and re-setting. There’s little mobile phone coverage, it’s remote, with dramatic scenery, and I always feel truly at home and calm there. When we took our own kids there in 2018, they fell in love instantly with the mountains, beach and cottages, just like we did.

I think migrating has made me a strong person. I think I can adapt to change easily, and move forward when I need to. It made me adventurous, to be curious to travel. I think I am a very open and approachable person because I can just go off by myself and integrate into different activities with ease.

The thatched cottage is a painting that was done by a cousin of Dad’s and was on the wall in my grandparents’ house. It features my great-grandparents’ house in Donegal. We can trace it to my seventh-time-great-grandfather living in it in 1740, but perhaps it was built before that.

I think migrating has made me a strong person. I think I can adapt to change easily, and move forward when I need to.

There is the treasured picture of my great grandparents meeting me when I was 2–3 months old in that house. My parents couldn’t wait to get up there to introduce me.

The black-and-white photo is my great grandmother (who was holding me in the previous picture), Bridget McNelis. According to family members, she was a master weaver, embroiderer and knitter in Donegal. She had 12 children and they scattered across Ireland and America to gain employment, some never returning.

The pencil drawing is of Patrick McNelis, my great-grandfather in the previous picture, also drawn by a grandchild of theirs. He was a farmer and fisherman, but went to Scotland (Glasgow) for periods with Bridget to work for a time and then return. My own grandad, also Patrick McNelis, was born in Scotland on one of these trips. Patrick senior was a lovely singer, and there is a song that’s been written by a grandson of his about the gatherings they would have in the cottage.