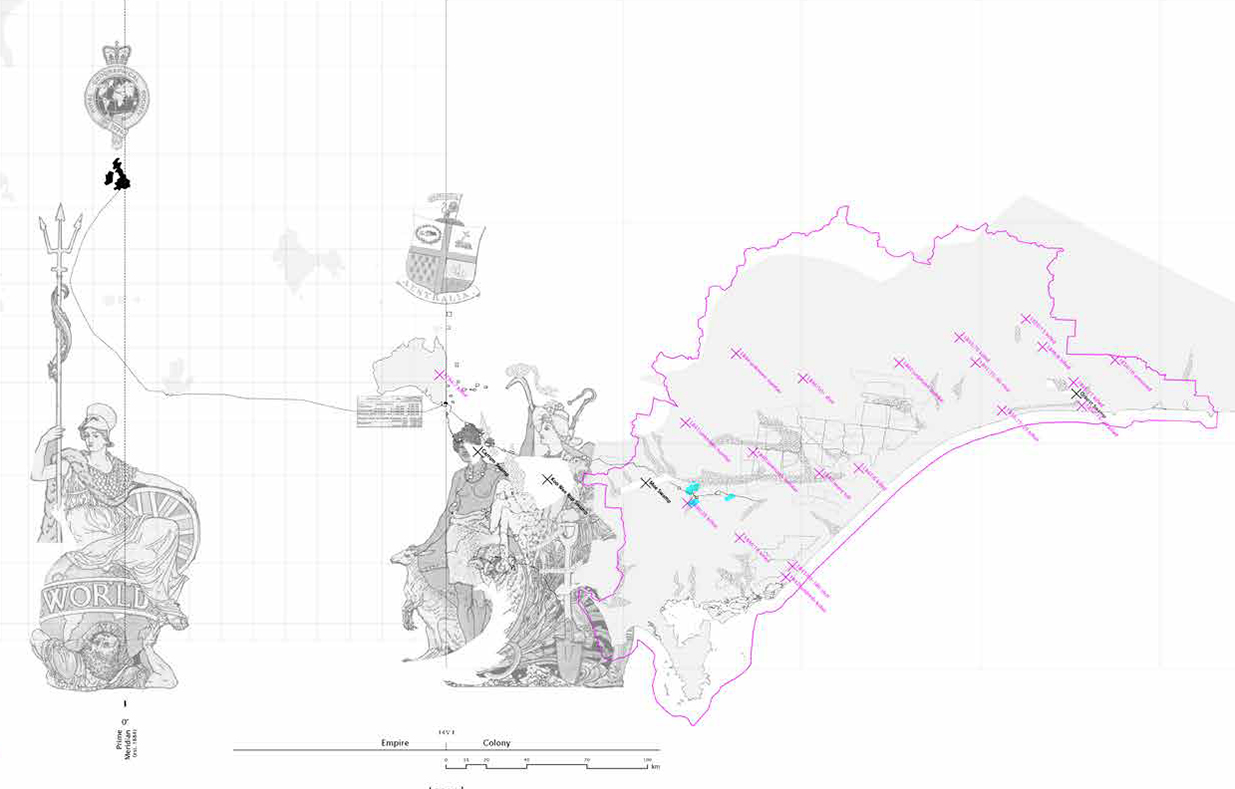 With more awareness of our region, can we create more inclusive cartography?

In Gippsland, the stories that have been told in maps over the last two centuries have shaped the place we now touch with our fingers and toes. Maps show us the way things are… right?

“...the idea of ‘terra nullius’ was a powerful and terrible myth.”

This map – Settlement or Colonisation – brings together fragments of maps and other images created between 1830 and 2020. Each original map or image tells different parts of the story of first contact between European invaders and the First Nations of this continent.

In black are fragments of mapped information produced in real-time as the story unfolded. In magenta are fragments of mapped information produced much later, after the story had run its course. In blue is the location of the highly valuable coal resource that helped make Latrobe Valley and the state of Victoria a vibrant, prosperous place for the new arrivals.

We now know the idea of ‘terra nullius’ was a powerful and terrible myth. If the magenta markings made it into the original maps during the period of first contact, would things have panned out a little differently? It’s too late to change the way this story unfolded, but there are countless tales of change unfolding in Latrobe Valley and Gippsland now too.

Maps are still playing their part, and they’re still leaving key characters, contextual details and events out of the picture. But with more awareness of our region, we can create increasing inclusive cartography.

—
Kyle Bush is an associate lecturer in landscape architecture at RMIT University, and has worked for many years on projects in and about the Latrobe Valley.
He is one of the ReActivate Latrobe Valley crew and is undertaking a PhD about the relationship between mapping and resource landscape lifecycles. This map is one of the pieces of work from this PhD research.

If you’d like to get in touch with Kyle to add what should be mapped about today’s Latrobe Valley, then please contact him on kyle.bush@rmit.edu.au.