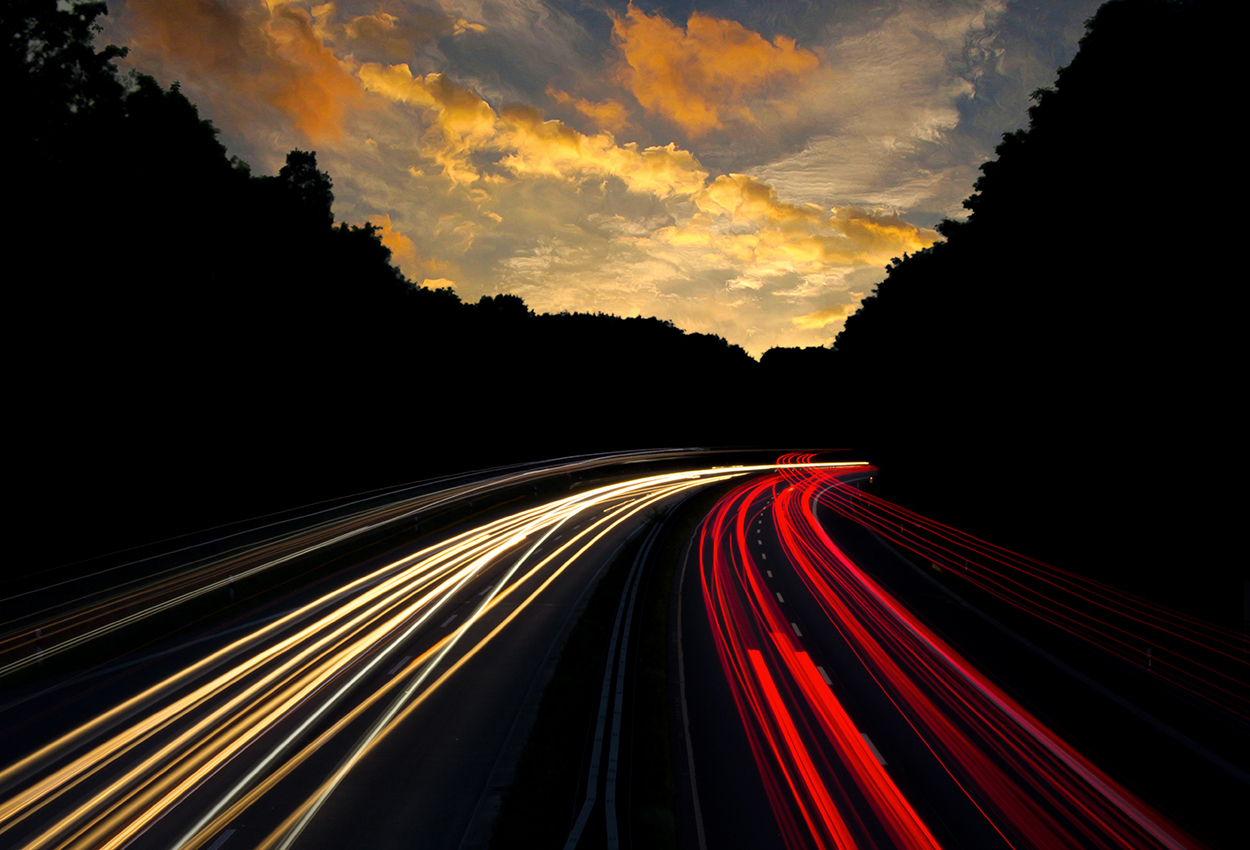 It may seem a little cryptic at first, but: Momentum creates more momentum. And ‘momentum’ can be a great thing.

I’ve come to know something, and it may seem a little cryptic at first, but stay with me: Momentum creates more momentum. And ‘momentum’ can be a great thing.
–

Momentum takes you places. Momentum can get things done. Momentum opens you up to opportunities. I’m going to step into ‘improbable’ territory here and write this up in a way that makes it better than it is: ‘Professor Calabro’s Theory on Momentum’, also known as ‘M=M+’. Sure, it’s not as sexy (or mathematically robust) as ‘E=mc²’, but for now let’s talk hypothetically and throw it in the pool of other theories no-one really understands; such as the God-particle, string theory, and the overnight success of finger-spinners.

In the short term, my theory momentum is far more practical. The more people and businesses creating positive momentum, the sooner our little pocket of the world will prosper. When we work together to assist others to achieve positive momentum, the factors of success become exponential. This, in so many ways, reflects our intention with Gippslandia; to contribute to the improvement of our region by providing as many little encouraging pushes of positive momentum as we can. So what’s it take to create momentum? First, let’s look at what can halt momentum.

A thick, icy layer of morning condensation cloaks my car. I keep a bottle of water in my door for days like this. I wash away the frost and provide myself improved visibility for the journey ahead. It’s early, very cold and like thousands of other Gippslanders, I’m feigning enthusiasm in my movements, when I would really prefer to be in a human-shaped ball, cosy and warm under my doona. It’s been crispy-cold across Gippsland during recent weeks and the mere act of getting up and going can feel like an accomplishment of Olympic proportions.

Oh, how these very small and relatively insignificant hurdles can so often create a disproportionate barrier to our eagerness to do anything. Our psyche patiently waits, ready to invent a multitude of bullshit excuses to prevent our bodies being anything but stationary; “Nah, it’s too cold to go anywhere”, “The traffic will be horrendous, I won’t bother”, “I’m really not up for that huge drive”, “I don’t like travelling at night”. So we face a metaphorical fork in the road — to go, or not to go; that is the question. Do we go and do that thing, enjoy that experience, put ourselves out there, check out that new place, go to that event and see who we meet, embrace that opportunity — or, not? As the words of Woody Allen remind us: “Eighty percent of success is showing up.” So, the key ingredient between us improving our chances of success (‘showing up’) or not, is the actual act of getting there — thus revealing the crucial importance of the theme of this issue: transport.

Be it analog or virtual (more on this later), getting from A to B and being present with each other is such a critical part of our human existence. Whether socially or professionally, interactions between like-minded people stimulate a level of energy and experience that define who we are. If, for whatever reason, we encounter limitations or roadblocks our ability to create these interactions diminishes.

As highlighted in this issue, one such limitation is the screaming need for massive improvements to our rail – with State and Federal Governments delaying progress by squabbling over the figures. The sad case is that this initial investment initially pledged by the State Government, and only partially funded by the Feds, just gets us ‘up to scratch’ with our regional counterparts (Geelong, Ballarat and Bendigo). Take sides if you will (and plenty blindly-do), but pointing fingers in this case makes no difference whatsoever. For a public increasingly tired of political point scoring on both sides of the house, in all three levels of government; we’d prefer the kids just shake hands, make up, and get the bloody job done. Gippslandians deserve to get to town quicker and we know just how brilliant it could be if the trains actually got us there fast — with internet access, and improved basic amenity (like seats) for the right amount of people who are queuing up to use the service. If we can correct the current situation – watch the momentum factor fly through the roof!

Improved connectivity to the global city that Melbourne is would be incalculably great for the region, but it’s also a key step in cementing ourselves as a feasible growth zone. At the Gippsland Regional Partnership’s first Regional Assembly held in Moe in November 2016, 198 attendees from across the region made it very clear that improved rail is one of, if not THE, major priority that governments need to focus on. Once Stage 1 of the rail project is complete, the need for continued improvement isn’t going to go away, and how high is the sky? Optimists, like me, will always champion the push for a fast rail link, but can we indulge ourselves for just a minute and aim higher, say, ‘bullet train’ higher?

Anyone who’s travelled on a Shinkansen across Japan will know how good rail can get. In fact, people travel around the world to experience it. I’ll put our very real challenges with rail to the side with a moment of some delirious star gazing: Imagine for five seconds just how great a bullet train would be, not just for our region, but the state, if it travelled from Melbourne, with stops at the economic civic centres (most likely Warragul, Traralgon, or Sale), plus tourist specific stops at coastal Lakes Entrance and Merimbula or Eden, on its way through to Wollongong or Sydney. Pipe dream? Maybe. But the flocking professionals and tourists eager to see southeast coastal Australia would be unquestionable. Talk about momentum — we’d be the envy and jewel of the country. While I’m on it, I’d go as far to say it might be the first time we get a Royal audience in Gippsland since the Queen visited for the launch of Yallourn.

Back to our theme (and earth), in an economic sense, you could argue that transport is among the most critical infrastructures to the lifeblood of the economy. Transport gets us to work, where we generate trade and industry. Transport sends goods and products around the region for us to enjoy or use, to generate more trade, and more industry. Transport gets us to shops, to entertainment, to restaurants (did we mention we like pizza?), to sporting clubs, to parties, dinners, catch-ups, good times and laughter and ultimately happy memories and livability. By foot or wheel, manual or powered, the sheer basic action of moving ourselves from one place to another effectively puts us face-to-face with other humans and it’s here that the magic spark and energy of life really happens. Interestingly, for the Internet Generation, more and more of these connections are actually happening with genuine authenticity within a virtual space: “If a tree falls in a virtual-reality forest…”

As we’ve explored in this issue, the definitions of transport and connection are being rapidly redefined by the incredible opportunities we’re being exposed to through mind-boggling developments in technology. Transport, in a sense could be considered less about the movement of things, but rather the results of what happens when things connect.

In some ways, transport IS connection (T=C?) and if we get the connections right; social, technological, entrepreneurial and economical momentum is the result. A few key points come to mind:

As Sam Gundry (ex-Warragul) from Uber explored, autonomous vehicles are rapidly on the rise. For many of our readers the idea of a self-driving car (or heck, self-flying drones) is merely fodder for Hollywood, but the truth is here. These things exist right now. My first exposure to the concept of a self-driving anything came in 2004 when I saw Will Smith step into a similar vehicle in “I, Robot”. (If you haven’t seen it, it’s worth a look.) Steve Sammartino (nationally-renowned author and futurist) further explains how this kind of technology has the ability to disrupt our entire 9-5 work-life paradigm, and Peter Burgess illustrates how he is already making this massive change to work to benefit his own life – who needs lines on a map when there’s wireless. Peter, Dr Elena Kelareva (ex-Google, now Warragul, page 34) and too many others to mention here are perfect illustrations that this rise of technology is enabling a decentralization of populations from the cities. State Liberal leader Matthew Guy himself recently spoke of Victoria’s need to become a state of cities, not a city-state, and we tend to agree. Gippsland, being a region and network of very liveable cities and villages surrounded by beautiful scenery, makes it prime location for tree, sea, and indeed country changers who add so much value to our community when they relocate and settle here. Transport is thus ruled out as a barrier to momentum for them as residents living and working in Gippsland enjoy far more reasonable commute times (if commuting is indeed even necessary).

In closing, I hope you enjoy this edition. A massive thanks once again to our founding partners, subscribers, and readers who write in and share words of enthusiasm — it really does inspire us to spend the countless hours pulling it together. By and large the feedback has been overwhelmingly positive and we have a few ideas we’re hoping to develop as we expand our avenues for digital delivery and storytelling – so watch this space! As I said last issue, a lot happens in three months. With huge changes in power policy, impending job losses at numerous timber mills, and the possibility of record investment in green energy among the many events and announcements in our daily news cycle, credit should go to those existing media outlets in the region that so fervently strive to spread the word. Maybe I’m being delusional (self-diagnosed again), but have I actually noticed an ever so subtle shift towards the positive in our local daily newsreels? Regardless, it’s a wild ride for the entire region at the moment. Without doubt our own sense of momentum is being massively affected, in some cases for the better, in some cases for the worse.

To conclude with transport, beyond the literal, there are so many great metaphors surrounding the term: “have drive”, ”forge a path ahead”, “lead the way”, and “gain momentum”. Lewis Carroll said: “If you don’t know where you are going, any road will get you there.” In true Gippslandia fashion, I believe the opposite is also true and far more empowering — ‘when you KNOW where you are going, all roads lead there’.

So, get out your water bottle and wash away the frost Gippslandians. It’s time to turn on the engine, hit the road, ride the bumps and keep our eyes on the road far ahead. We must show up. If Woody Allen is right, success is an 80% chance – odds I’d gladly take. Oh, and hey, if you’ve got room in whatever type of vehicle your peddlin’ — bring a few others along for the ride too.