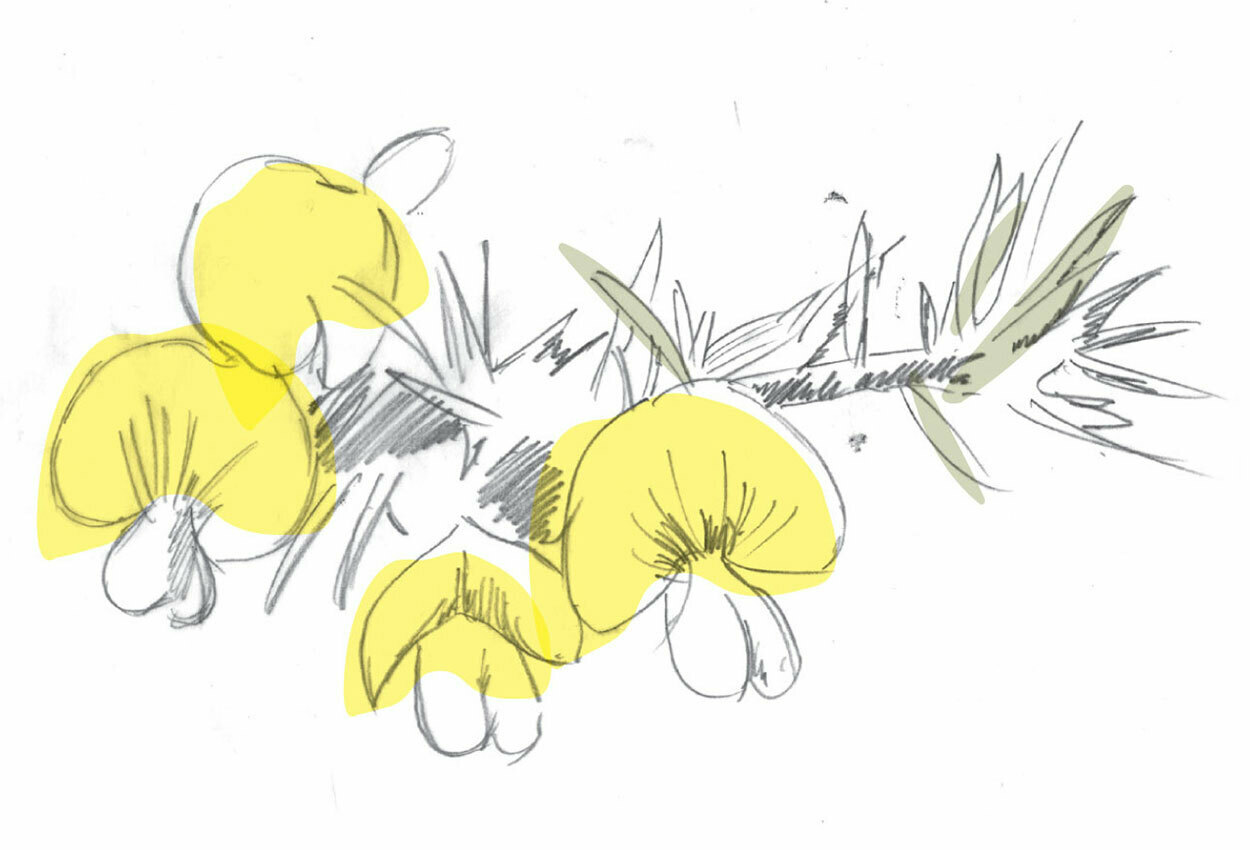 Luke Johnson, a Gunaikurnai man and ranger with Parks Victoria shares his journey with our beloved Prom.

The most important part of comedy is… um… ah… timing! It seems that timing is key for Gippslandia stories too.

We’ve been wanting to share Luke Johnson’s story ever since a Gippslandia team member returned from the Wilsons Promontory raving about the tour he and his family had enjoyed with Luke, but we hadn’t found the perfect edition to present it in until now.

That serendipitous tour required Luke, a Gunaikurnai man, to be back on Country and involved with Parks Victoria — a situation that is hopefully becoming more common, but still rare enough to be notable. It’s Luke’s journey to his current opportunity, one that sees him highlighting the shared history of the Prom, that we’ll be exploring today. The time is now.

Gippslandia: Can you please describe your current role and the path you took to landing this position?

My current role at Wilsons Prom is an Environmental Land & Water (ELW) Ranger, with a big component of my role being Aboriginal Cultural Heritage. This can see me managing items related to our intangible cultural heritage, things like stone artefacts and massive coastal middens, as well as burials — which we encourage all our visitors to respect by staying to designated walking trails.

I entered Parks Victoria as a Cultural Heritage Officer. I was part of the Flood Recovery Team, who were responsible for re-establishing a lot of the Prom’s assets like walking trails, roads and other key visitor nodes, as well as engaging with Traditional Owner groups to conduct surveys of all cultural heritage listed places to monitor their condition after the flood that devastated the park in 2011.

This role extended through my first three years at the Prom and I eventually landed a permanent, full-time role as an Education Officer. This position gave me the space to learn about the Prom’s very rich Aboriginal and European history before teaching it and interpreting it to students and family groups visiting the park.

A hop, skip and jump later, the Ranger position came up and I’ve been there ever since. I also fill different, additional roles and spend a good chunk of time on the road experiencing other parks within Victoria.

Where did you grow up and when do you think your love for the bush began?

I grew up in Churchill (Go Cougars!) and was lucky enough to live on a property that very nearly backed onto the pine plantation that’s southeast of the township.

As kids, this was our heaven. Away from our responsibilities and the mundanity of the school week, we would build large cubby houses, reminiscent of remote log cabins in the high country. We would be exploring from dawn till dusk, hiking and travelling through our enormous backyard, teaching each other different skills we had learned from being out there — I guess this left a lasting impression.

For those readers that aren’t familiar with Wilsons Promontory, can you please provide some background on the area?

Wilsons Promontory is a spit of land that protrudes out into Bass Strait off the most southern area of mainland Australia. It is roughly 50,000 ha of pristine national park surrounded almost entirely by water, with one of the largest marine national parks in Victoria hugging the southernmost tip.

Held above the rugged coast by naturally placed granite boulders, which creates some of the most dramatic coastline in Victoria, it holds a large range of plant and animal communities that are littered throughout the park. From low-lying coastal heathlands, housing diverse bird and insect species as well as endangered orchid species, to cool temperate rainforests blanketed by the largest flowering trees in the world (Eucalyptus regnans), that provide areas of freshwater for tree-climbing crayfish, and also provide cover for powerful owls hunting unsuspecting possums. These drastic changes can be experienced within just a few kilometres of each other.

Anyone who isn’t familiar with the Prom, come down and say, ‘G’day!’.

Are you on Country at the Prom?

I am so fortunate to be on Country at ‘Yiruk/Wamoon’, land shared with Gunaikurnai and Boonwurrung/Bunurong Traditional Owner groups.

Knowing that you’re standing on land your ancestors took perfect care of is deeply grounding. Along with that are the stories and knowledge they embedded into the landscape, which are for us all to carry into the future now.

We’ve heard rave reviews of your guided walks. How do you create such an engaging experience for the visitor, and how have you built up the knowledge that you share on the tour?

The tour is a platform to carry on these stories [mentioned above] to people seeking that knowledge. Practice and repetition have played a big part in developing the tour, but the knowledge I share was passed on to me as a little dude by family, and I added more later after expanding my own knowledge of the park itself.

It’s simply adding another layer of understanding of our shared history — something for all to be proud of.

Really interested to know, what is your favourite plant and animal on the Prom?

Oh, what a question?! My fav plant down the Prom is totally the Pultenaea mollis (common name soft bush-pea). During spring it covers the hills and lower slopes of the mountains in an orange glow.

My favourite animal in the park would be the pygmy possums. I was lucky enough to share my place with a little family of pygmy possums, eventually having a close encounter with one.

What is the most elusive plant or animal to spot at the Prom?

A plant I’ve been hanging to see again for a few years now is Gompholobium ecostatum (dwarf wedge-pea). It’s a low-lying shrub that hides in some of the heathlands around the Prom. Unfortunately, it is a threatened species in Tasmania.

Whales seem to be very elusive for me this season — I’m still hanging to see one cruise past.

How is the management of the Prom successful, and how can we apply this to additional areas of Gippsland?

The Prom is a much-loved park with people and families having visited the area for generations. The narrative of the park keeps us, the park managers, accountable for finding innovative ways to manage both the natural and cultural values of the park, balanced alongside providing a positive visitor experience for all.

There are loads of factors that contribute to the management of the park, but our greatest tool in maintaining this balance is education. From the wonderful Information Officers who greet visitors, to the smallest signs erected in the remote parts of the park, it all gently guides the direction of us managing and looking after our natural places together.

What form does a successful collaboration of land management between our First Nations people and more Western approaches take? What could be a goal to strive towards for both groups?

Engagement with our Traditional Owners in the space of land management is gaining some momentum with our First Nations people working, not as just a consultant or stakeholder, but more as a partner, taking on greater roles and responsibilities in the decision making process for the future of Country. Basically, watch this space!

Why is it important that Wilsons Promontory remains a wilderness for future generations?

Now that we are clearly in the Anthropocene, our gaze is ever-increasingly fixated on the advancement of technology and the exploitation of natural resources, but I honestly believe there is great change coming. Younger generations are educating themselves (and the older generations) on why areas like the Prom are so important to protect, and how they contribute to the larger biosphere and our own survival.

Our connection to the natural world is just as important as the connection we have to each other.