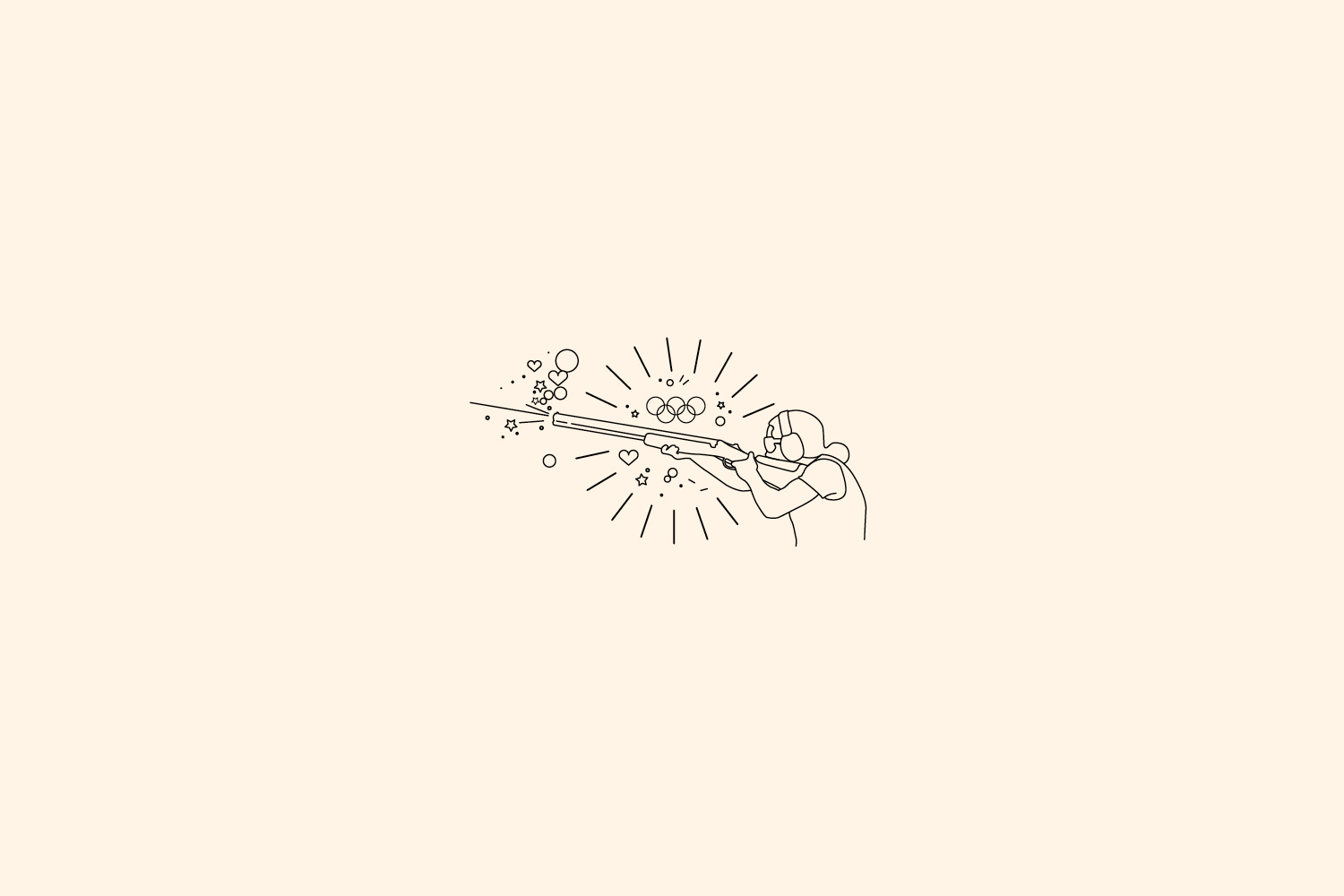 Introducing Aislin Jones, at just 16-years-old, she was Australia’s youngest athlete in an individual sport at the 2016 Olympics in Rio de Janeiro.

If this was a story about a talented young woman that grew up in Lakes Entrance and went on to challenge the world’s best in surfing, you’d be stoked, but maybe not amazed. After all, the beachside town is littered with salty-haired, beach-loving teens. Instead, as a 12-year-old, the young woman picked up a shotgun and things got a lot more
interesting...
—

Introducing Aislin Jones, at just 16-years-old, she was Australia’s youngest athlete in an individual sport at the 2016 Olympics in Rio de Janeiro. Aislin was proudly representing our country in the sport of skeet shooting.

Aislin was born in Shepparton before moving to Gippsland, as her family was drawn to the region for employment opportunities. Both her parents are shift workers; her father, a paramedic and her mother, a nurse. The rigours of their tough work schedules meant equal time spent with each parent between their shifts. When hanging with her Dad, much of their time was spent at the gun club. “From age 10, when Mum was working, Dad would take me down to the Field & Game Club. I’d follow, help, watch, study, and as soon as I was 12, I got my firearm licence and was able to start learning to shoot,” Aislin recalls.
As Aislin was firing off her very first rounds, the Australian Shooting Team was competing in the London Olympics. “I was only 12, but I watched it and thought I’d like to do that one day,” says Aislin. Noticing his daughter’s natural talent, Aislin’s father promised her lessons. “Dad contacted Olympic gold medallist and shooting great, Russell Mark to discuss coaching. Russell put us onto Lauryn (Mark), who was a left-handed shooter herself, and from there we sat down and made a plan, aiming for Tokyo 2020,” explains Aislin. The training regime in the lead up to Rio consisted of four trips per week to the two great shooting facilities in Bairnsdale. Also, there were regular trips to Werribee to work with her coach, gym sessions and exercises to help her to react quicker.
Aislin’s coach, Lauryn describes their initial meeting as follows, “My first impressions were of a sweet and talented little girl. She was quite small, but that didn’t stop her holding a 12 gauge shotgun.”
“We do get quite a few interested young shooters, but not many that know exactly what they want to do. Aislin told me on her first visit that she wanted to go to the Olympics, but she wasn’t sure if she would go for volleyball or shooting. I told her to look at her parent’s height and that shooting was a much safer option, not to mention her natural shooting ability.”

Nobody could have expected how quickly Aislin would develop. Her 2015 finished with a bang! (Sorry, we couldn’t help it). Aislin set an Oceania Region Junior Skeet Shooter World Record in December, then went on to win the Commonwealth and National Titles in January 2016. The Australian Olympic Committee (AOC) was taking notice. On a family holiday to Merimbula, the AOC informed her that she’d been selected for the Rio Olympics.
As Aislin prepared to head to Brazil and perform on the world’s biggest sporting stage, her only fear was that she’d be treated like a kid, rather than the professional athlete she was. It was a fear that was to be shortly lived. For those that have met or spoken with this incredibly talented Gippslandian will be quick to agree that Aislin’s maturity, intelligence, dedication and calm, level-head set her apart from the average teen.
The swath of supporters at home was rewarded for their commitment to staying up late to watch the opening ceremony, hoping to catch a glimpse of their local hero. As Aislin excitedly explains, “When the team got to Rio, my team manager got a phone call from Kitty Chiller (Australia’s Chef de Mission for the Rio Games). Kitty wanted me in the front row for the opening ceremony, which was a massive highlight for me!”
Aislin’s skeet shooting event was held at about the mid-point of the games, and she performed admirably, finishing 17th overall. As her coach explains, “We set an eight-year plan, but Aislin has always moved the goal posts forward. I had no idea that she’d move one four years forward! Honestly, had she had five or six years of experience, I think she would’ve been more competitive at the Olympics. Making the Olympic team four years early meant that we had to rush some things, but I have no doubt that the experience has made her a more accomplished shooter and has given her a head start for Tokyo”.
The timing of her event at Rio afforded her a generous amount of time to soak in the atmosphere, cheer on her fellow Australians and try a range of cuisines available in the athletes dining hall, “…which was about the size of two football fields – filled with every food imaginable”.
For Aislin, the list of people that deserve credit in helping her make it to Rio is a long one; something she attributes to being part of a small community. “One of the advantages of living in a regional area, like ours, is that the whole town is behind you”. Aislin’s school, Nagle College, supports her and tailors her schedule as required.
Aislin is grateful for the sponsorship local businesses have provided. Her friends are incredibly proud; inundating her with questions on Rio, but also ensuring Aislin has fun, by dragging her to the beach. The local shooting community have been an excellent influence on Aislin, with two well-developed clubs that have cultivated great cultures. But none have provided greater support and encouragement than her family; Mum (Lynne), sister (Renae) and her father (David), who introduced her to shooting, found her coach and have always been in her corner, taking care of periphery distractions to ensure Aislin can do what she does best, shoot.
In the lead-up to the Tokyo Olympics, Aislin’s currently competes in the World Cup Series in India, which will be followed by a trip to Mexico. In-between international events, Aislin must earn enough points domestically to qualify for the Australian Commonwealth Games Team to compete on the Gold Coast in 2018. If that isn’t enough, there’s schoolwork, hanging with friends and getting ample hours driving on her learner licence.
Not that her coach is worried, “I am confident that Aislin will not only be a successful shooter but also achieve in her education, business and personal life. She understands that being good in sport takes life balance and she applies the same strong work ethics in all areas of her life”.

—
For more information, or to get behind Aislin, please visit teamaislin.com.