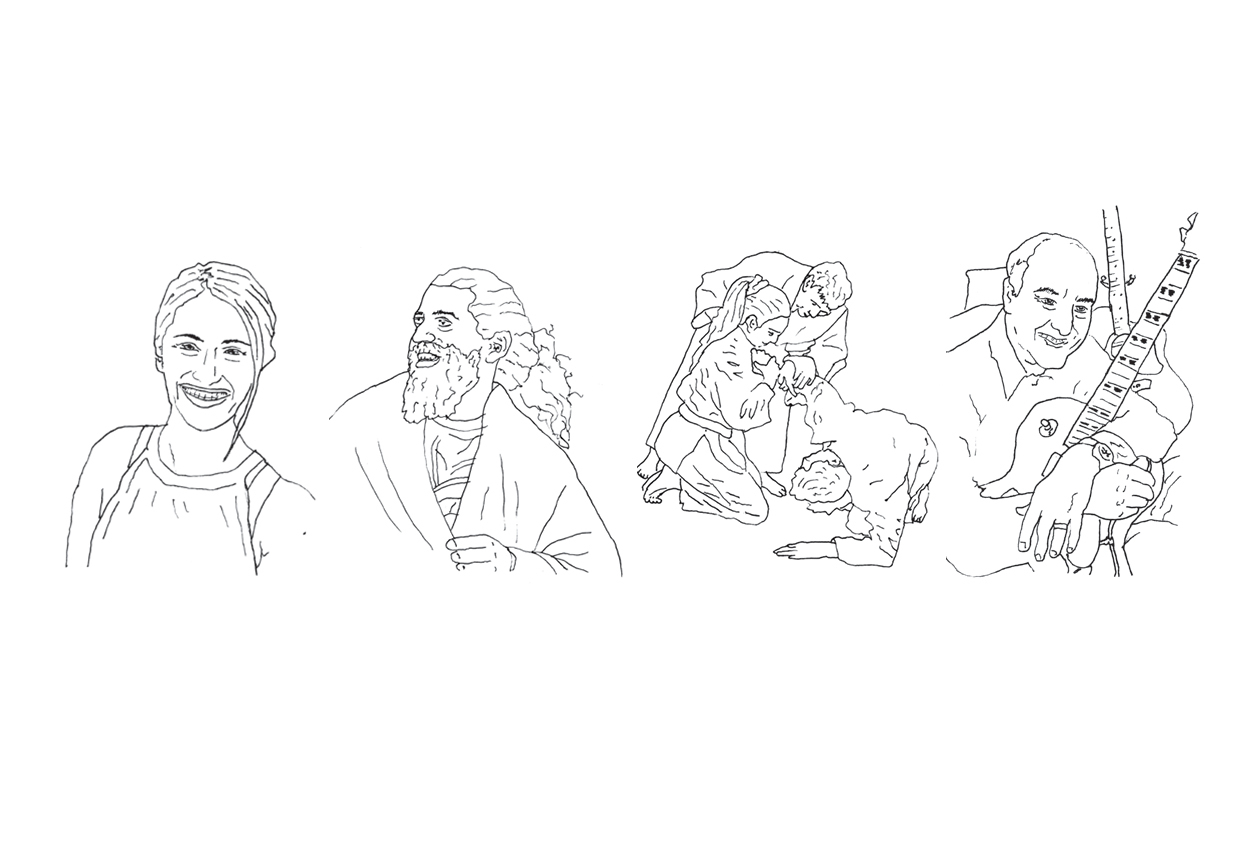 The continuous sharing of collective interests forms a community. With teachers like Dani, Ama, Tony & Roland, we're in encouraging hands.

We discover more of ourselves each time we experience the joy of those enigmatic ‘aha!’ moments. But do these always happen in a classroom? Nup, often it’s our personal pursuits, hobbies and interests that bring us closer to ourselves—providing us with some of our biggest life lessons. —

But what are we gaining with our hobbies? We spoke with local experts in dance, yoga, guitar and the martial art aikido to learn that as they share their skills and techniques, they often bear witness to larger transformations. And while they’re promoting discipline, persistence and mindfulness to fellow Gippslandians, they’re having a ripper time too! 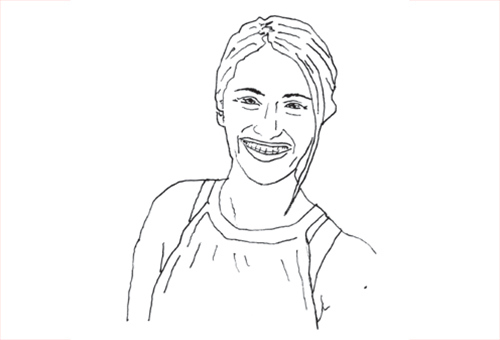 Dani Clav—Dance Instructor Traralgon “I grew up participating in dance classes after school… Once the school day was over, I’d race through the house grabbing my ballet, jazz and tap shoes. I couldn’t get to class quick enough! My inspiration to become a dance teacher came from the excitement I felt about going to dance class [as a youngster]. I wanted to share my love for dance”, explains Dani, the Director of Danceworks 114 in Traralgon. “Over the years, I’ve learnt that the only limits we have are the ones we set ourselves. There is nothing wrong with pushing yourself or being pushed past your limits”, says Dani, while highlighting the importance of perseverance and discipline. “The biggest challenge for me was moulding a business that allowed me to teach the love of dance, rather tha the sport of dance”, outlines Dani, as she describes how dance can be viewed as a physically expressive art form or a competitive pursuit that results in ‘winners’. Dani strives to foster an environment that is an outlet for joy and self-expression through dance practice, where “People can use their passion to create beauty”. But the sport of dance can provide Dani’s students with lessons as well. “What separates the ‘winners’ from the ‘losers’ is how you deal with those situations”. She believes that dance competitions are a place for her students to practice humility, a trait she hopes they demonstrate in their everyday life too. Collective dance routines offer opportunities for team building and camaraderie through hours spent refining a dance routine together, preparing rad costumes, the nervous energy before performing to an audience and the group exhilaration in nailing a show. Consistency for students is another positive aspect of attending classes. “You can be a constant for them: something steady week in and week out. Their everyday environment may change, but you’ll always be there for them at the same time every week”. Knowing there’s a safe space you can escape to, which is home to a non-judgemental and caring person, can provide an oasis for many students and is something we should all celebrate with a cheeky ‘moonwalk’ or ‘running man’ dance move. 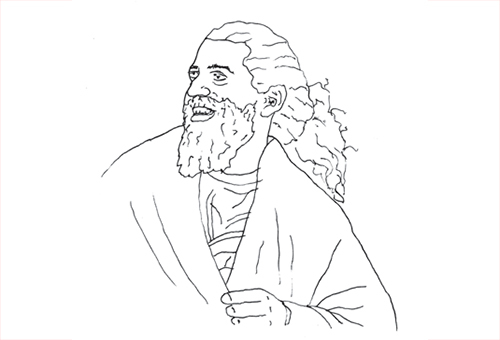 Ama Aghora—Yoga Warragul Ama Aghora has been sharing yogic practice for twenty years now, even as it has become “... an industry complicated due to the modern era”, yoga offers a plethora of philosophical lessons that can be perpetually explored. It has even led Ama from his practice in Sri Lanka and India to Warragul. Ama believes that yoga is understanding how language is “a common platform for us to share our feelings or experiences… the world has been lost in the words… no one is educated in language”. He believes that the practice of yoga pushes a person towards themselves, a concept deeper than just completing shavasanas and deep-breathing exercises. As Ama offers, “completing yourself as a physical and spiritual identity”. Today’s commercial yoga industry has shifted many attitudes away from daily yoga application to a class you attend for a temporary ‘spiritual high’, losing its true purpose. Ama believes it’s not a cultural shift as much as a trend where “tradition has lost preservation”. Despite prevalent commercialised attitudes, Ama’s optimism means preservation is not completely lost. It’s a rare treat to find an authentic practitioner like Ama in a regional area. Ama’s classes do not offer a teacher-student dynamic. Instead, there’s guidance towards a self-taught practice. Ama is careful when using words such as ‘teacher’, ‘student’ or ‘class’ as they miss the point. “It is a sharing space to workshop into deeper [yoga] practice”, as within the four walls anyone can provide input on what they’d like to explore. Ama learns just as much from his students from observation as they do from him. “Giving is bliss, giving happiness is bliss.” In his traditional upbringing as Aghori or ‘mad watchdogs’, he is innately wired to guide and oversee those who meditate. Ama hopes that through practice people will understand yoga can offer much more than a brief reprieve from life’s static, and breakthrough to its true purpose of centring and connecting to self. 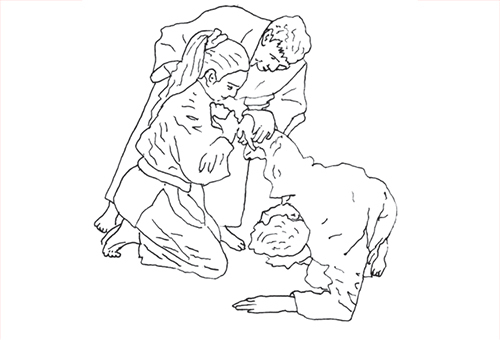 Roland Rees—Aikido Korumburra Aikido is a martial art that’s been mildly butchered by cinematic pop culture—think action icons like Steven Seagal. Aikido’s white robe and wide-legged black pants are iconic. As the youngest Japanese martial art, its underspoken presence may overlook its technical and spiritual rigour, which make it one of the most challenging martial art forms to pursue. Roland Rees was searching for more meaning to his martial art practice, a self-improvement system that provided spiritual and logical components too. Aikido was his answer. It’s a non-aggressive form, but reportedly harder to learn. It intends to diffuse violence and redirect energy to apply force. Now teaching aikido in Korumburra, Roland forewarns that “I can teach you. The only thing you have to do is show up… and that’s the hardest thing”. Aikido is simultaneously about precision and context. Most instructors pedantically follow traditional instruction, but Roland’s contextual approach accounts for each student’s differences. “It’s satisfying watching people have their satori moment, sometimes people get so fixated by moving step-to-step and they lose the energy behind each skill or technique”. Satori is the Japanese equivalent for, “Ah, I get what that means!” Reaching satori takes persistence, and Roland’s goal is to help his students reach it in a fraction of the time it took him. One of the most rewarding aikido foundations Roland practices centres on the student-teacher relationship and its manifestations in everyday life. Roland isn’t paid for his time teaching. “Out of tradition, and being part of the art you learn, and in exchange, you teach, so that someone else learns—so the process continues. [Knowledge] is passed down as an offering to the one who taught you”. Surprisingly, aikido may be a more spiritual practice than you’d imagine, and it’s heartening to hear of its understated power being implemented in everyday life. Aside from the technical rigour and development of your physical and spiritual strength, there’s the inherent pursuit of bettering one’s self. A core principle of aikido is “Be where the trouble isn’t,” something we should all take on board. 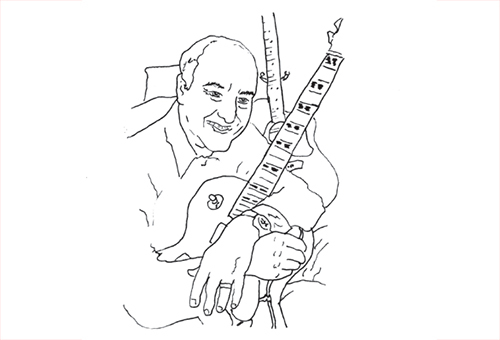 Tony Calabro—Guitar Morwell “It’s as easy as this: if you prepare ten lessons for beginners, and only advertise to beginners, then they’ll never catch up to you. You can then make a good living and become a good guitar player by teaching yourself as you teach others. Give it twelve months and if it doesn’t work, at least you tried”. Forty-eight years ago, Tony Calabro tried his aforementioned advice and it was the best thing he ever did. Tony didn’t learn guitar until he was 21 years old. Now, he’s taught over 11,000 students via a unique and highly-regarded system that’s been 13 years in the making. Tony’s lessons are practically built on showing the diversity of the instrument, instead of pigeonholing a student into a certain genre or skillset. He also records all his lessons, providing his students with a visual notebook for reference. “At a certain point, students decide where they want to specialise. But at least I’ve given them all the tools (and resume) to get jobs in the industry if they decide to pursue it”. The eagerness to learn or relearn is an impressive trait for many of Tony’s students, and they’ve proven that “age is not the barrier; it’s an attitude” as he’s accepted students as old as 70. It’s likely an often told story, ‘I played the guitar in high school, but I stopped when I graduated’. By providing encouragement, Tony gives them hope and emphasises that music triggers discovery and is a form of self-care. Like any form of teaching, the challenge is motivating a struggling individual to overcome the hurdles in mastering a skill. Students shouldn’t worry about a lack of natural skill, as a nurturing Tony explains “Nothing in the world can take the place of persistence”. — “I think you have to be an optimist if you want to be a teacher”, Roland chuckles towards the close of our conversation, and a similar positive energy emanated from Dani, Ama and Tony as well. The other common traits were a deep sense of patience, recognising the importance of self-development and a substantial appreciation for persistence. All our masters gained motivation during their interactions with students, as Tony summarised best, “It bloody delights you. It keeps you going when you get worn out”. The continuous sharing of collective interests forms community, and with teachers like Dani, Ama, Tony and Roland, our community is in encouraging hands.