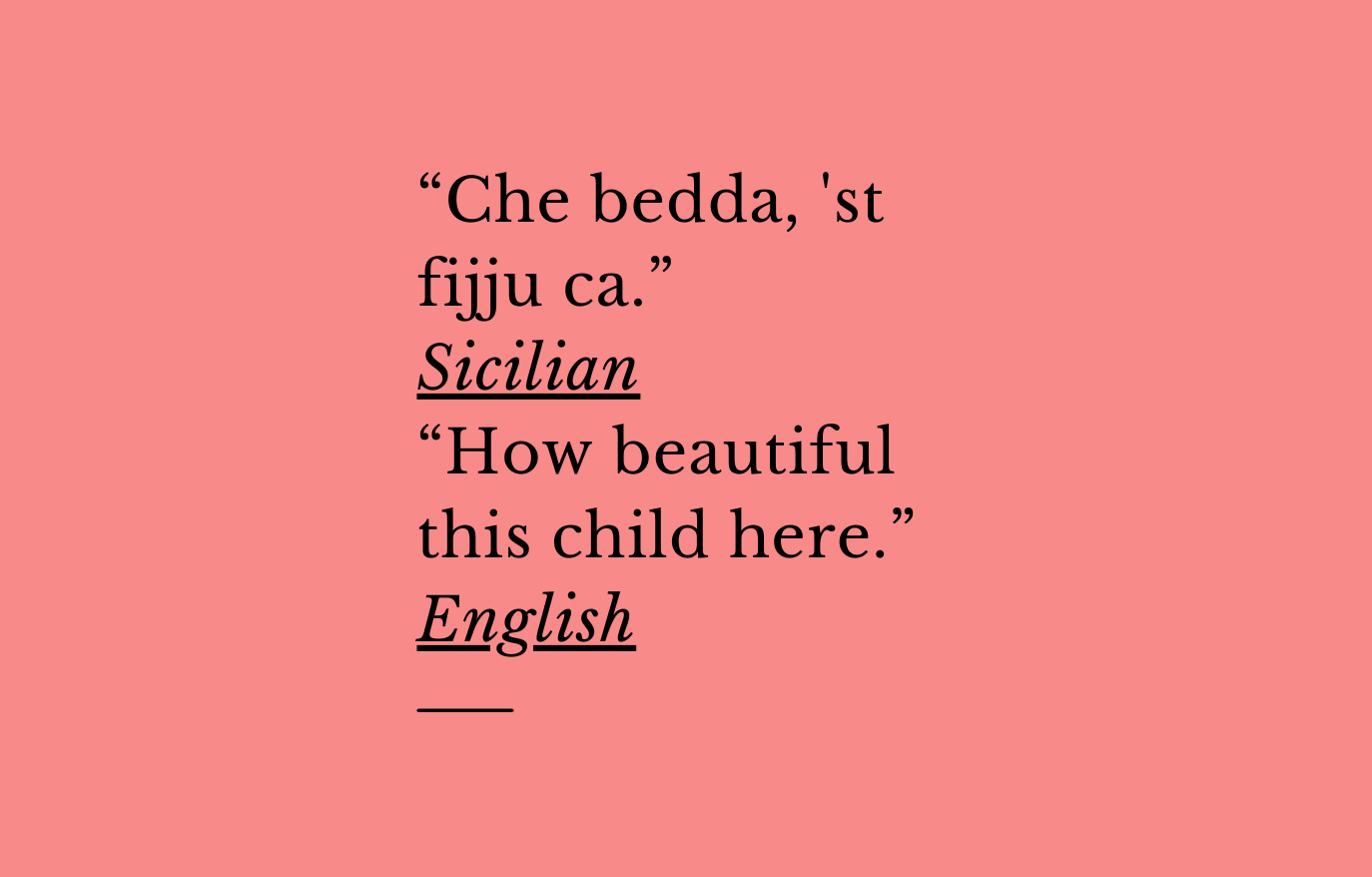 Language as a time machine.

The idea of immigrants’ native language being frozen in time is super fascinating.

The look of intrigue was hard to ignore as my Italian cousin — freshly arrived in Australia from Italy’s Tuscany region — continued to engage further with my father (his father’s first cousin). While my cousin was new in the country, maybe fifty years had passed since my Nonno left our entire family in their small Sicilian village.

The idea of a group of immigrants’ native language being frozen in time, from an era decades prior, is super fascinating.

“Does that make the Latrobe Valley a... time-bubble?”

Picture me, rocking up to the Grand Junction pub, Traralgon, circa 1950. I call over the bartender and in my modern tongue drawl out, “Gimme a pot’a Carlt’n”. Say I then turned to greet a stranger at the bar with a chipper, “Hey dude, what’s been going down in T-town?” Imagine the blank, confused stares I’d get! On the same note, I’ll likely never come to that situation now with something similar to, “Greetings, my fine friend, would you fancy fetching me a pitcher of your finest local ale?” Outside of organised drama circles, talking in the same language but from different eras just doesn’t happen.

Times change and language with them. So, how did those changes bypass my father’s family here? And, why did it take talking to a cousin to identify the difference? I wonder then too, did the same thing happen to other migrant families in the Latrobe Valley and elsewhere in Gippsland? Did the local Germans, Maltese, Greeks and Dutch also experience this same phenomenon? Does that make the Latrobe Valley somewhat of a mid-twentieth century time-bubble? Wow — maybe…

What a unique era to have lived through.

Though recent Asian and African migration has occurred, I’m not convinced the same time-lag effect on language will repeat itself. Now, the Internet affords everyone a connectivity and access to their family and the contemporary media of their homelands that wasn’t ever available to the migrants of the 50s and 60s. Their language will keep up.

Mid-century Sicilian is very different to modern Italian. The migrant Italian’s exposure to the media and language of ‘home’ was extremely limited during that time. So was the evolution of the way they spoke. My family’s native language was distinct from how the other Italians in the Valley spoke it.

My cousin’s comments made me realise that any references to news, media, movies and each other were, in a strange kind of way, isolated to what they brought with them. Over the decades that followed, it stayed pretty much the same as when they had disembarked on our shores — remaining locked in time.

Words my Dad used as I grew up were uniquely Sicilian, words that even the Sicilians barely use anymore, bygones from another era that have stayed with people like him, and now me and my generation. The words alone carry weight by bringing to our consciousness just a small taste of what life was like back there, back then.