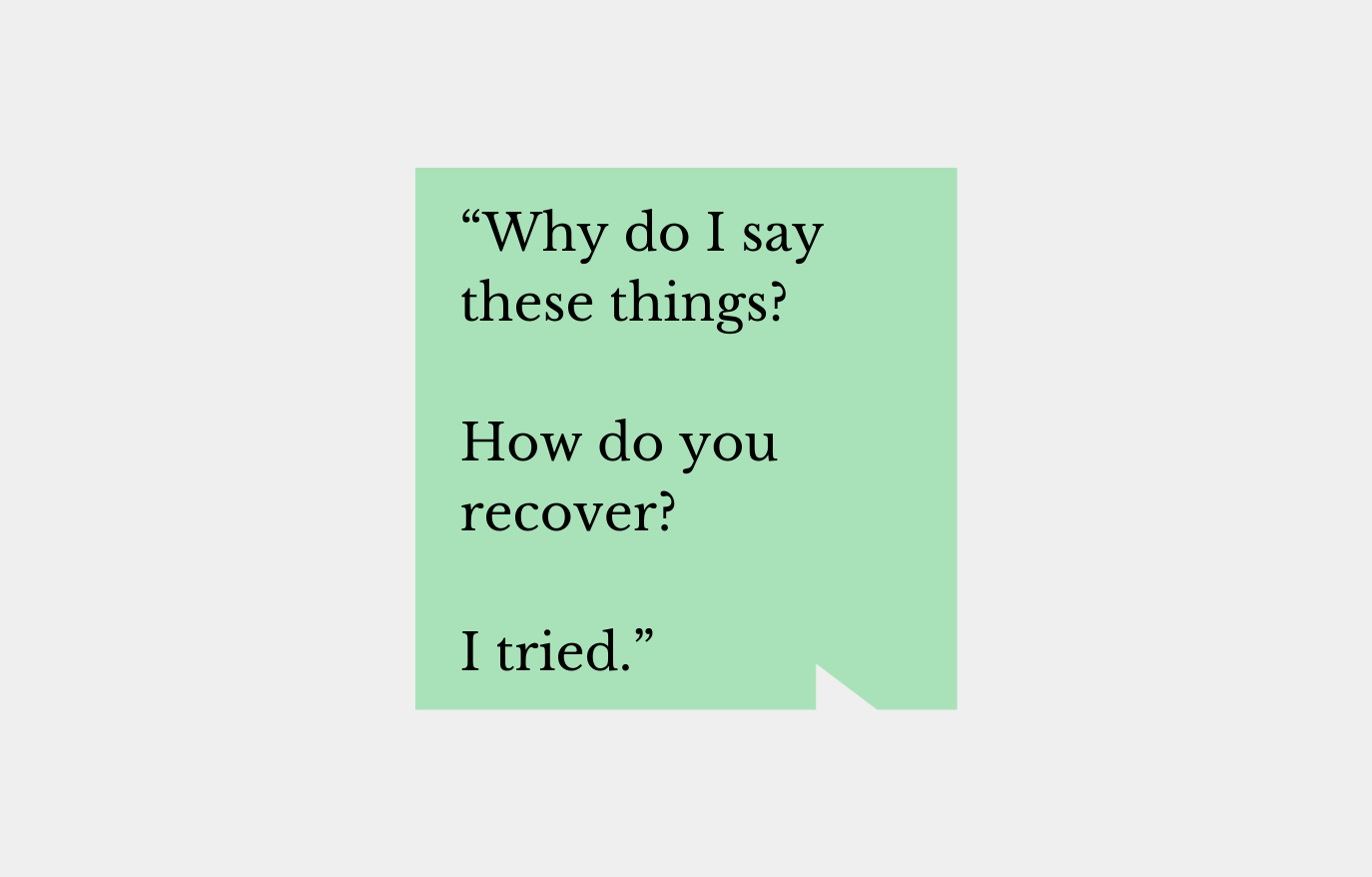 I've said all the dumb things.

If saying the wrong thing was an Olympic sport, Matt Dunn would be in a green-and-gold tracksuit.

Australian troubadour Paul Kelly has made a career in spite of having done all the ‘dumb things’ (or perhaps for that very reason).

I’ve made a much lesser impact on the world by saying all the dumb things. They’ve still landed me in enough hot water to boil a lobster. If saying the wrong thing at the wrong time was an Olympic sport, I’d be getting measured up for my green-and-gold tracksuit right now.

Like many other people who called Gippsland home, I came from Melbourne. A boy from the ‘burbs, I already had a string of verbal
misdemeanours to my name when I brought the tribe across the rolling green hills. In fact, my history of saying dumb things more or less started as soon as I opened my gob and started yammering.

My friends have borne witness to the worst of it.

Among my recent classics was my long diatribe against those people getting married who send out a list of suggested gifts they’d like to receive. This conversation happened with my wife and our best friends.

“I mean it’s just so crass, don’t you think, guys? So déclassé.”

They said nothing and did not seem enthused by the discussion. I wondered why my wife was kicking me under the table, giving me that tight little smile that I read as a tacit message to please shut your stupid, fat mouth before I gouge your eye out with a dessert spoon.

The penny dropped. The couple, recently married, had sent a long list of present suggestions to invited guests. How had I forgotten? We’d obliged with something electrical for the kitchen.

Why do I say these things? How do you recover? I tried.

“Er, well, I mean. That’s what I used to think, but now I think the idea is genius. Honestly, it takes the stress off everyone. The couple gets what they want and the present buyers aren’t petrified they’ll buy the wrong thing. Genius. Oh, gee, 7:30 already? Time to dash.”

It was the kind of inept, verbal misfire I’d become famous for. I’d never really set out to offend, it just seemed to happen. While my city record of offending was impressive, in Leongatha I have offended people en masse.

A CWA (Country Women’s Association) celebratory milestone with dignitaries with a million years of baking experience and a traffic accident are two events that are scorched into my memory by the physical and emotional scars that came in their wake (and yes, I am talking about me, though I guess there were hurt feelings all around).

In the case of the CWA event, it was one of my first assignments as a journalism newbie. My editor instructed me to get “a page of pics, of

women celebrating and eating cake”. I can’t remember now exactly what occasion they were marking, but all the bigwigs from the organisation were there, along with long-time South Gippsland members and the local state member of parliament. It was a Big Deal.

There were speeches going on, so I stealthily snuck into the kitchen to see if I could take a photo of some ladies preparing meals. Two very happy women were there and they obliged with a photo. I thought I was talking quietly, though perhaps not. A diminutive but formidable woman marched into the kitchen, shouting, “You’re making one hell of a racket and you’re upsetting our event!”

She frogmarched me out of the kitchen, into the packed room. It was one of those movie moments when a boisterous room suddenly falls silent. Two hundred-odd pairs of eyes were staring at me. The state member, standing at the lectern, boomed into the microphone, “Who is this, Evie?”

“We’re not just about cakes, mate.”

I muttered an introduction, then parroted my editor’s words: “I just came here to get a page of pics of women celebrating and eating cake.”

The room erupted in laughter and I beat a hasty retreat, only to be sent back again by my editor.

While I did manage some cake-eating photos, I took some more dignified ones too – photos befitting the stature of an organisation that still holds an essential place in regional communities. It’s fair to say I went into the assignment with preconceived attitudes about what the CWA represents. I’ll never make that mistake again.

The same goes for taking photos of a pregnant woman who had run up the gutter and through the window of a shop. Searching for the brake, she’d found the accelerator pedal instead (It wasn’t the last time such a thing would happen in Leongatha).

I already had the pithy headline worked out – Retail Crash! – as I moved towards the scene. I took rapid-fire photos as I moved, like a soldier leopard crawling and peppering an enemy gun pit during a planned assault. People loved this kind of stuff. Potential front-page pic. No casualties, so fit for a bit of jocularity and more than a few well-chosen puns.

The pregnant driver, wheezing and blowing snot bubbles in her distress, did not see the funny side of things. Her car had a sizeable dent in it; the gift shop’s window was smashed and a stand of plastic, personalised cups (Aaron, Adam, Axel, etc.) was strewn all around the footpath. Happily, I snapped away, capturing all the drama.

The pregnant woman saw me and howled. Her friend, a moment ago comforting her, threw herself at me with vitriol that took me by surprise.

I tried to explain I was a reporter for the local paper and as this was a public space and a newsworthy local event, I was very much entitled to be here — in fact, I had to be here, as it was my job. She rushed at me, trying to snatch the camera from my hand. I deflected the grab with the outside of my wrist.

Shoppers and onlookers turned to look at me with disdain. In an instant, an angry, bald man (angrier and balder than me) entered the fray. He wanted to know if that’s what I was all about, was I the kind of guy who loved beating up on women?

I protested. He persisted.

“Why did you hit the lady?” he demanded, jabbing a stubby finger into my breastbone.

Caught up with the emotion of the event, swelling with the indignity of being misrepresented, I replied, “She’s no #%!@ing lady!”

I shouldn’t have been surprised when the ‘lady’ hurled a yellow, plastic cup (Sharon) at me. It hit me right on the bridge of the nose, blood streaming from an open wound, eyes already blackening. I saw stars as I staggered back to the office.

That was some years ago now. These days, I don’t know what I’ll say. If anything, I have even less editorial control of my out-of-control mouth. My gob is probably even more likely to inflame and offend. With this in mind, I often say nothing at all. If I can help it. Which often I can’t.