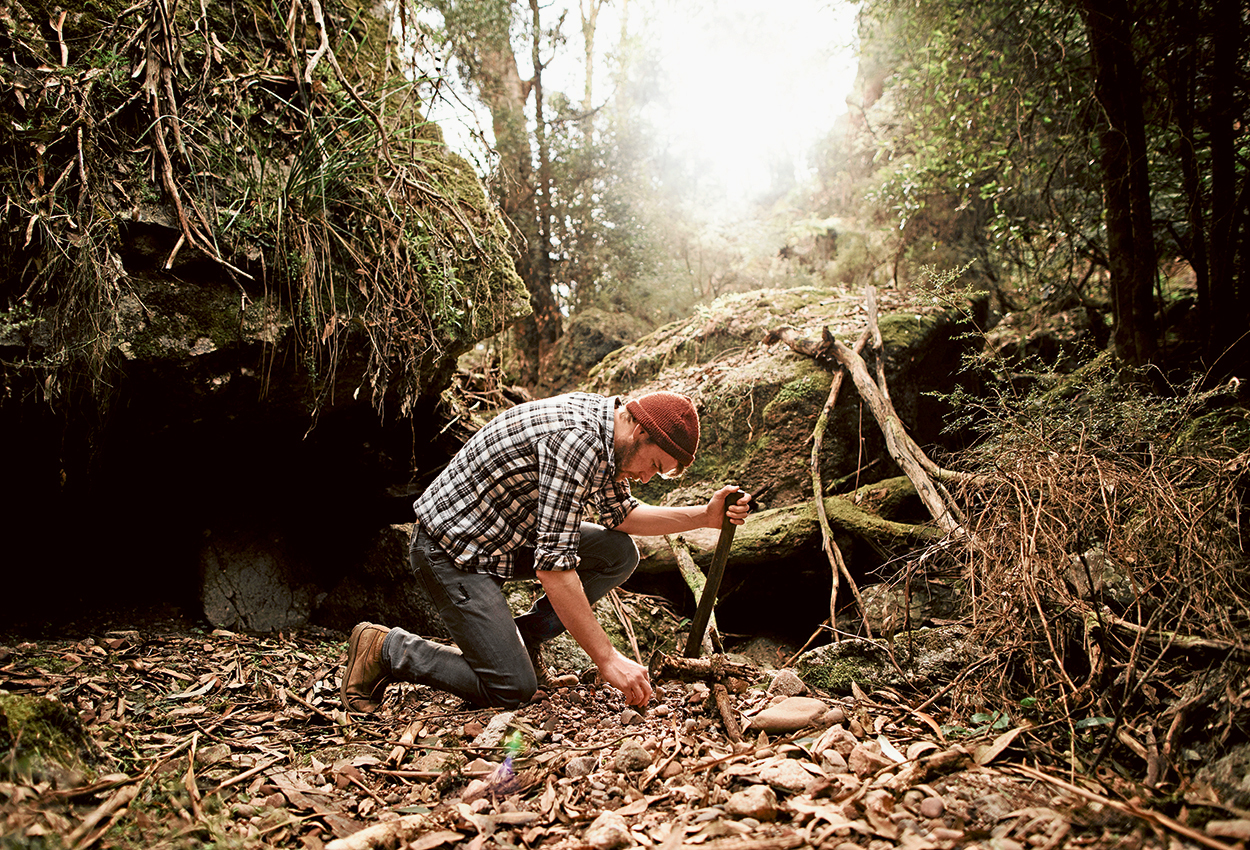 What has caused our hunter to miss the signs and be led astray into wild lands hundreds of kilometres away?

There remains an appeal to a life of off-grid isolation. With the current state of the world and the velocity at which news and current affairs are projected towards an audience, it can be quite a saturated and fast-paced experience to be a part of the connected world. —

Following on from this observation introduces us to real life’s counter measure – Arnald Olsen. A seasoned panther hunter originally hailing from the high plains of the Norwegian fjord-land in the heart of a life detached from common society. Where we possess the everyday luxuries of central heating, supermarkets, NBN and television; Arnald opts for a life of silence and tranquillity. In place of both television and heat, he has a fire. Rather than frequenting a supermarket, he hunts and forages. Instead of a phone, he has his axe. As for the Internet, an unobstructed view of the night sky and the crisp, yet delicate sounds of a neighbouring creek provides an ample source of comfort and distraction at the end of the day – a luxury we’re all so quick to dismiss as cold or inconvenient. There is, however, one monumental flaw in a life dedicated to the hunt of a mythical beast with the desire to remain undetected in the wilderness of Gippsland, Australia: self-exclusion from the other like-minded panther hunters. For the past 12 months, Arnald’s search has sent him far and wide to each corner of the region, following limited but distinguishable traces of this four-legged animal, always one step behind that of the predator. Olsen’s pedigree of wild game hunting dates back to his early ancestors of Viking times, with the man’s sensory sharpness surpassed only by that of the blade on his axe. Yet something is amiss. Recent news reports showed blurry footage captured by a resident of Yinnar outlining what is unmistakably the large black cat that has been set in the Norwegian’s cross-hairs since his arrival in Australia. What has caused our hunter to miss the signs and be led astray into wild lands hundreds of kilometres away? How has a man whose skill set is as old as time itself, missed the signs of the whereabouts of his prey, and instead been outsmarted by something that is technically foreign to our lands? Australia harbours different geography to that of the north, and a change in hemisphere can drastically affect the techniques used by a Scandinavian stalker of the night. Yet, to look at where his search has taken him through the course of time, and the clues he’s found along his journey — perhaps it is not the intelligence of the hunter that is holding him back, but instead, the intelligence of his prey… — Head here to read parts One, Two and Three of the hunt for the Gippsland Panther. Help Arnald find the panther, and email your sightings to findthepanther@gippslandia.com.au.