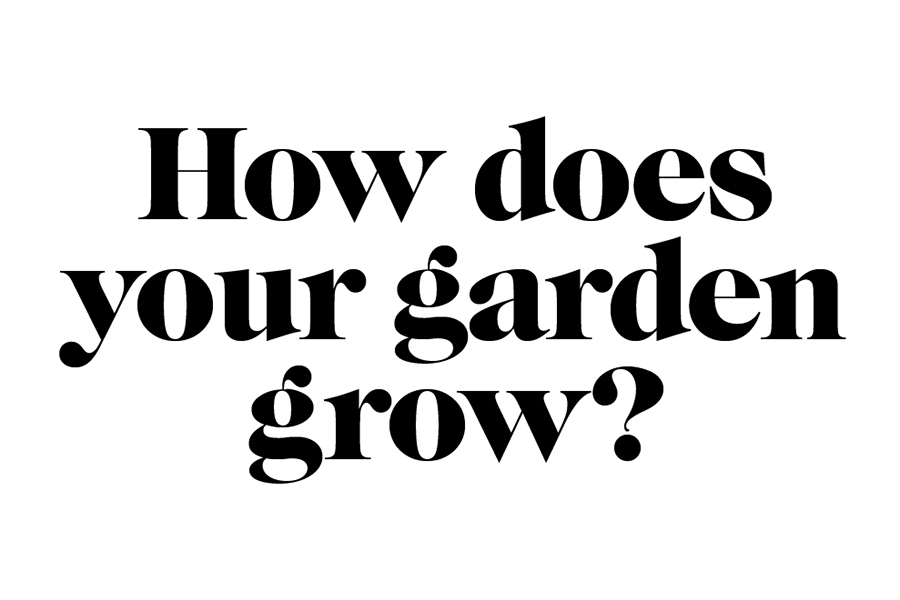 How does your garden grow?

Gippslandia's Editor takes you through many of the fine pieces in our second edition.

‘My Sharona’ by The Knack, ‘Tubthumping’ by Chumbawamba or Jeff Buckley’s ‘Grace’, and ‘Never Mind The Bollocks’ by the Sex Pistols.

Other than finally allowing me to fulfil a career goal by sliding ‘Chumbawamba’ into an article (what a name!), the aforementioned tracks and albums are renowned for two things: they were hugely successful hits, either commercially or critically, and be it via accidental drowning, self-destruction, public backlash and a myriad of other reasons, they were never able to follow-up on their original success.

(‘My Sharona’ sold one million copies and was Capitol Records fastest gold status debut since The Beatles ‘I Want To Hold Your Hand'. It’s written about The Knack’s lead singer, Doug Fieger’s then girlfriend,
Sharona Alperin. Ms Alperin is now in her mid-50s and is a real estate agent in Los Angeles – her businesses website, mysharona.com. Thank you for the knowledge, Internet.)

Now, I’m certainly not saying that the first edition of Gippslandia has a place in the rarefied air that the aforementioned music dwells in. Far from it! The team was stoked that, with our incredible contributors' involvement, we were able to make the newspaper a reality, and any kind comments from you were very gratefully received. But Gippslandia #1 was just the initial step as we try to grow and develop the best possible publication we can with you, and for you. I highlight the above acts because following up on an

I highlight the above acts because following up on an endeavour is freakin’ hard! The lead-up to this issue’s deadline had me sitting somewhere between ‘a hint of unease and trepidation’ and ‘pretty bloody stressed!’. Timelines are tighter and there personal expectations that you need to satisfy. After diving in and exploring the Latrobe Valley’s potential transition away from mining and power generation, we felt that we all needed to sit on the riverbank and lay in the sun a while – bask in the warm glow of positivity. Gippslandians’ ventures in the food industry are something we should all be proud of!

Initially, the starting point for the issue included aspects of hospitality, our budding wine, spirit and beer enterprises, and food production. But we quickly realised that with the outstanding number of fine people and ventures in these fields, we’d have more than enough stories for a rather hefty tome, not a single issue of Gippslandia.

With ReActivate: Latrobe Valley opening our eyes to some startling facts on food availability in the region (click to read), and Rhys Hagan highlighting the importance of much of the amazing produce being grown in Gippsland, our focus was refined (click to read). Our second edition presents a collection of insights into food production in our area. With the assistance of several kind growers, farmers, food tourism promoters and industry-folk we’ve developed a list of ideas for the future of food production in the region, Tony Teresi entertained us as we learnt (and enjoyed!) his delicious cured meats (click to read), our talented Gippslandia contributor Rachel Mounsey was on-hand to photograph author Bruce Pascoe and Gurandgi Munjie, Pascoe’s crowd-funded Indigenous agriculture project, harvest one of their first kangaroo grass crops as we were educated on Bruce’s findings on Aboriginal Agriculture (click here to read), Lardner Park revealed the keys to Farm World’s 50 years of success (click to read), and Morgane Cazaubon met with many of our amazing multicultural sisters, mothers, aunties and grandmothers to photograph them preparing a traditional meal to additionally highlight that while we may be Australian leaders when it comes to growing things like potatoes and carrots, there are pantries and fridges in our community that are filled with a vast array of produce, that may well provide new business opportunities, if we just dig a bit deeper.

With specks of dirt now under your fingers, you’ll also learn about rising hip-hop talent, Kwasi (click to read), Brett Weir, an inspiring mixed-media artist that successfully juggles living between Europe and Cape Liptrap (click to read), 16-year-old sharpshooter Aislin Jones (click to read), an award-winning house nestled in the hills of Fish Creek (click to read) and we hear how a search for self took artist and art therapist, Lewis Beilharz, from Trafalgar to New York and back again (click to read). After feasting on all that, we hope that Gippslandia #2 has left you feeling satisfied; more like the second album success of the Foo Fighters with ‘The Colour and the Shape’ or The Pixies ‘Doolittle’ release, rather than the fleeting pop hit, the Macarena.