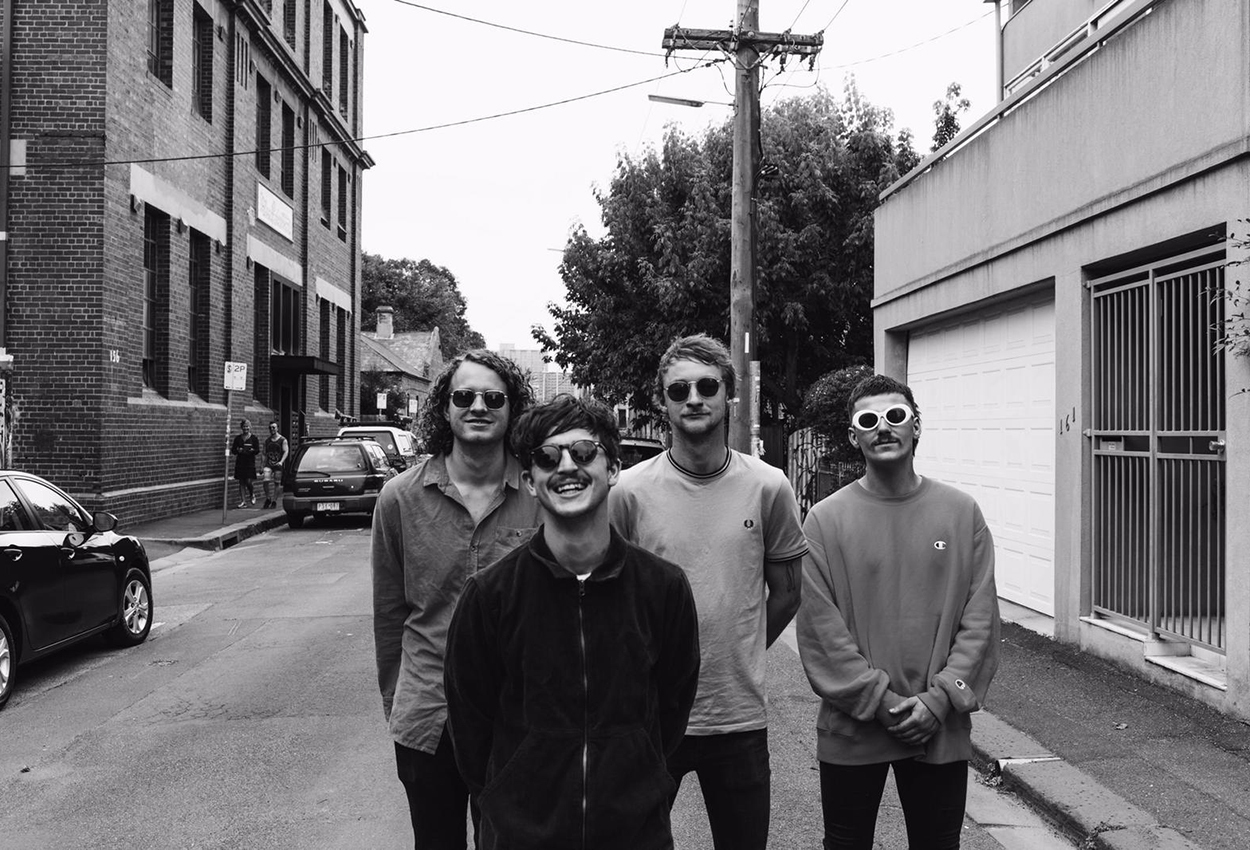 From the beginning, the Paddy Cakes have been killing it. Their first gig was in Inverloch; 50 people were expected, but 300+ arrived.

The rhythm of road and rail travel marks the distance from our farmlands to the fast city to the west. For Central Gippsland indie rockers, The Paddy Cakes, the journey advances along the highway of dreams to rock glory. —

It’s the end of another summer and the quartet from Traralgon and Mirboo North are sharpening their skills as they rapidly approach their tipping point towards playing music full-time. “The best thing for us is Melbourne gigs”, says lead singer Dalton Tripodi. Not that the lads are too keen to leave the beauty of Gippsland, adding, “We all have childhood memories here that we’ll cherish forever”. Under their belts, the band have a class set of original releases, a new EP in the making and plenty of youthful energy. The band’s infectious indie jangle and fuzz has grown out of their country garage studio and the local live pub circuit, yet their frame of reference stretches beyond. Their singles exhibit modern signatures of Australian bands like Last Dinosaurs and Glass Towers, as well as deeper tones of 90s Manchester indie and a reverence for the Smiths-like. Tripodi observes, “A lot of people have said we have that garage rock sound… our practice room is literally my garage. I think of it as my private getaway, I can just forget about the world and focus on music. I’m in there every day, either working on some new stuff or just messing around on guitar”. A hard-hitting question follows: just how did ‘The Paddy Cakes’ acquire their name? Tripodi laughs, “Unfortunately we don’t have a good story… we had a gig coming up and the venue asked what our name was so naturally we panicked and picked a shit name and never thought to change it since”. Not that their fans seem to mind. In just a couple of years, The Paddys have built a strong fan base. “We love playing down here. Our first official gig was over in Inverloch and we thought we would be lucky to get 50 people there, we rocked up about 10 minutes before our gig and there was over 300! It was incredible, something we will never forget”. The Paddy Cakes’ full line-up includes Tripodi, Oakley Kerr on lead guitar, Michael Jacobsen on bass and Jonah Sleswick on drums. Tripodi reflects, “When we started out, writing songs was more of an individual thing. Nowadays we all have different ideas and we’re still learning how to piece them all together”. To help hone their creative process and recordings, the band enlisted ARIA award-nominated producer Dylan Adams, whose credits include DMA’s, Sticky Fingers and The Vines. On working with Adams, Tripodi says, “Putting together an EP is obviously a bit different to just releasing one song by itself. I think the new EP has a lot of versatility to it, but we also think you can tell it’s a Paddy Cakes record. When we wrote the songs we didn’t force anything to sound like a certain thing, but I think having a producer like Dylan Adams really helped piece it together”. As the wider music industry fixates on rap, electronic and R&B, The Paddys have hustled themselves into the scene via a powerful Australian rite of passage. “Playing live is the reason we are doing this. We all agree with that and you learn something new every gig. There is no better feeling than smashing a good set out and gaining fans”. As a new decade beckons, the invitation for millennials to anchor their formative years and abandon to rock’s muse is forever tantalising. With every new opportunity to play live The Paddys, to borrow their own lyric, “learn to fly and fall”. All the band agree the ambition is unambiguous, “It’s a dream of ours to be in a successful band… we’d throw our 9–5s!” — The Paddy Cakes new track, ‘Depressing All’ launches at the Workers Club to be followed by the release of their debut EP this Autumn. Gippsland has itself yet another quality export!