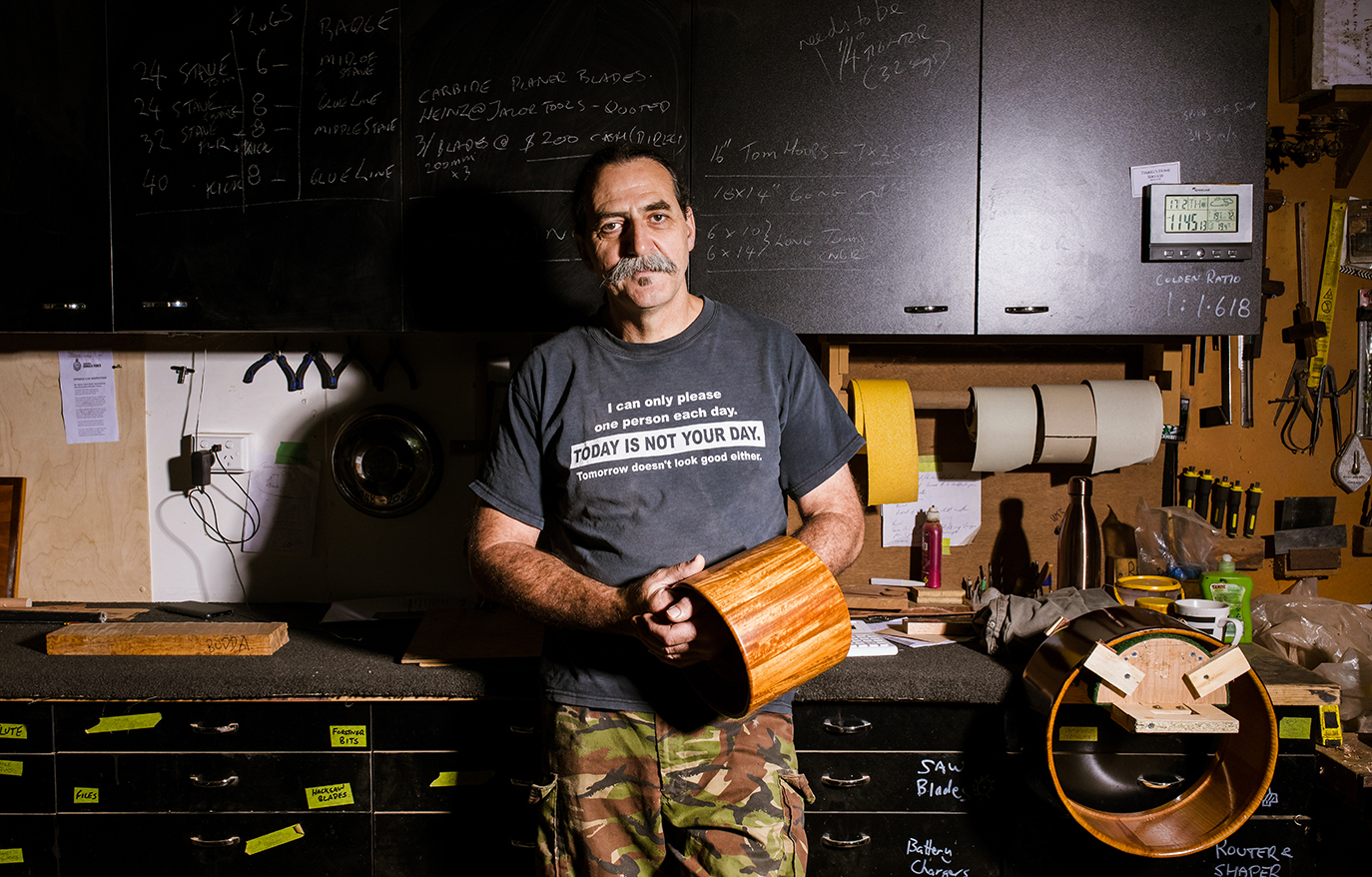 Rokeby craftsman Roger Terrill opens up about creating African drums and the rewards you can find in drumming.

A goat hide or a cowhide – do you know which delivers more bass?

Drumming, particularly African drums, weren’t the first instrument Roger placed his hands on – that was a keyboard, playing originals and Mother Goose covers in the 80s – but it is the instrument that he credits for getting him through some challenging times.

“I have used African drumming in a program for people with early-onset dementia and staff reported positive responses." 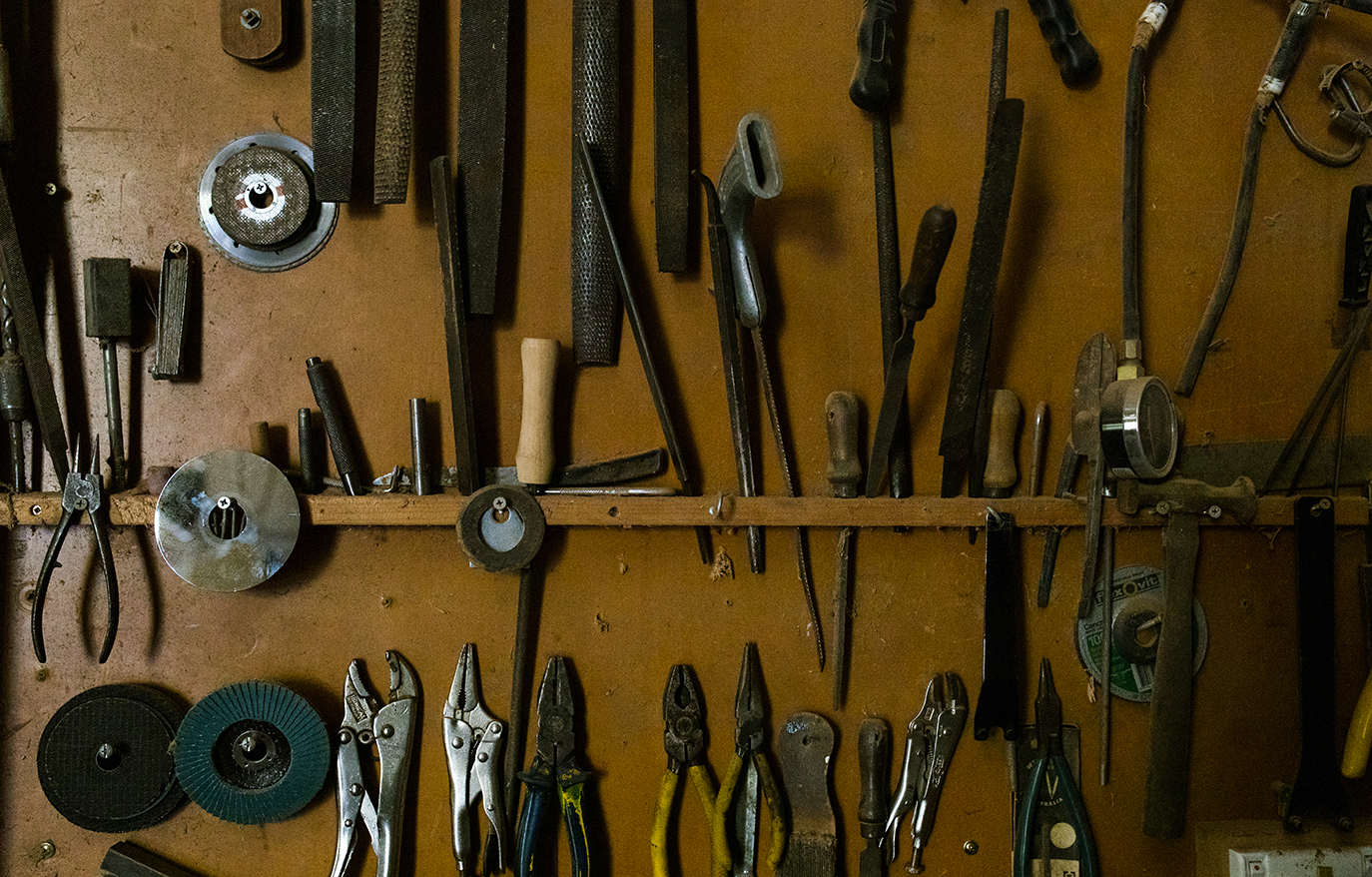 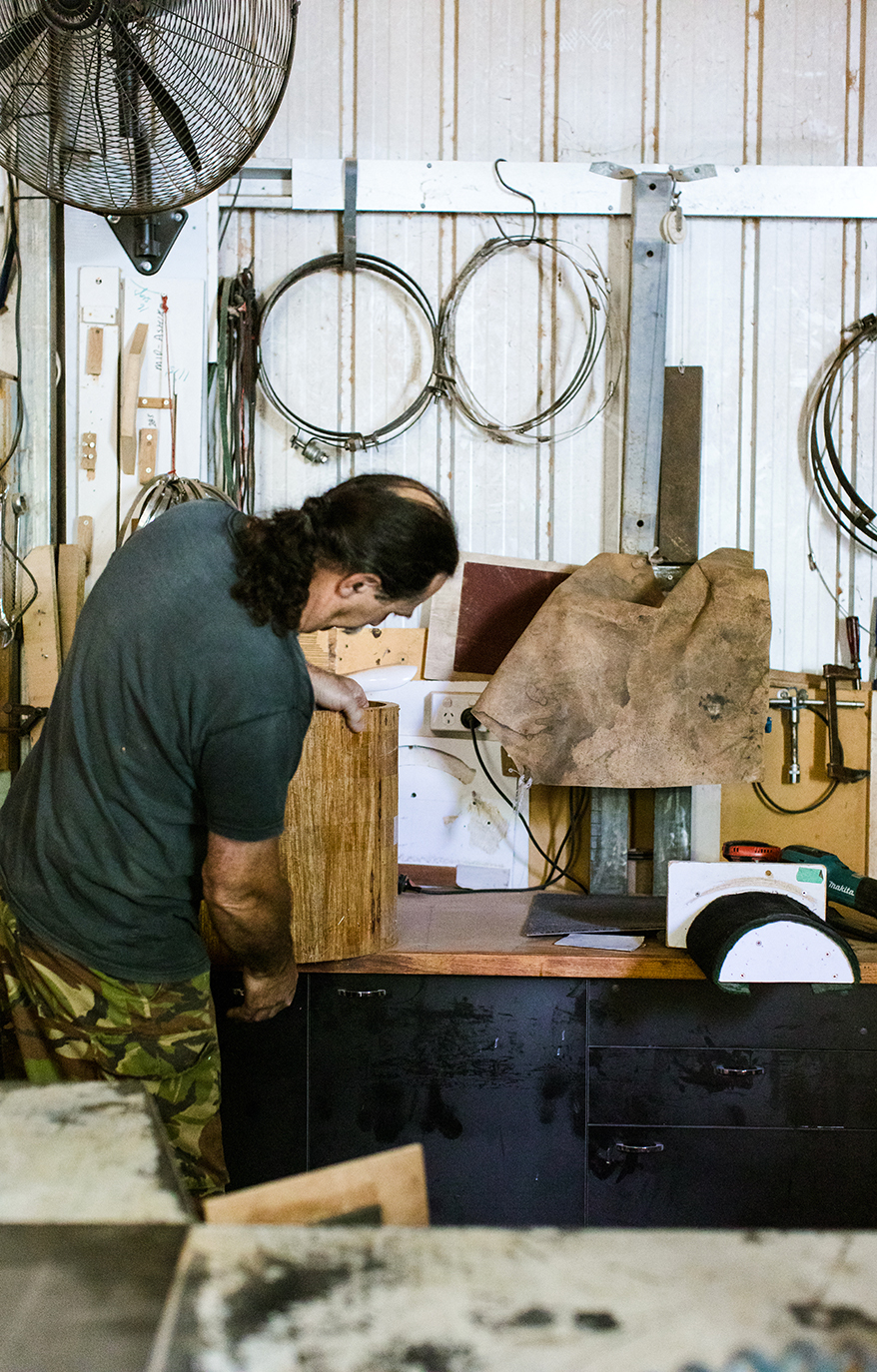 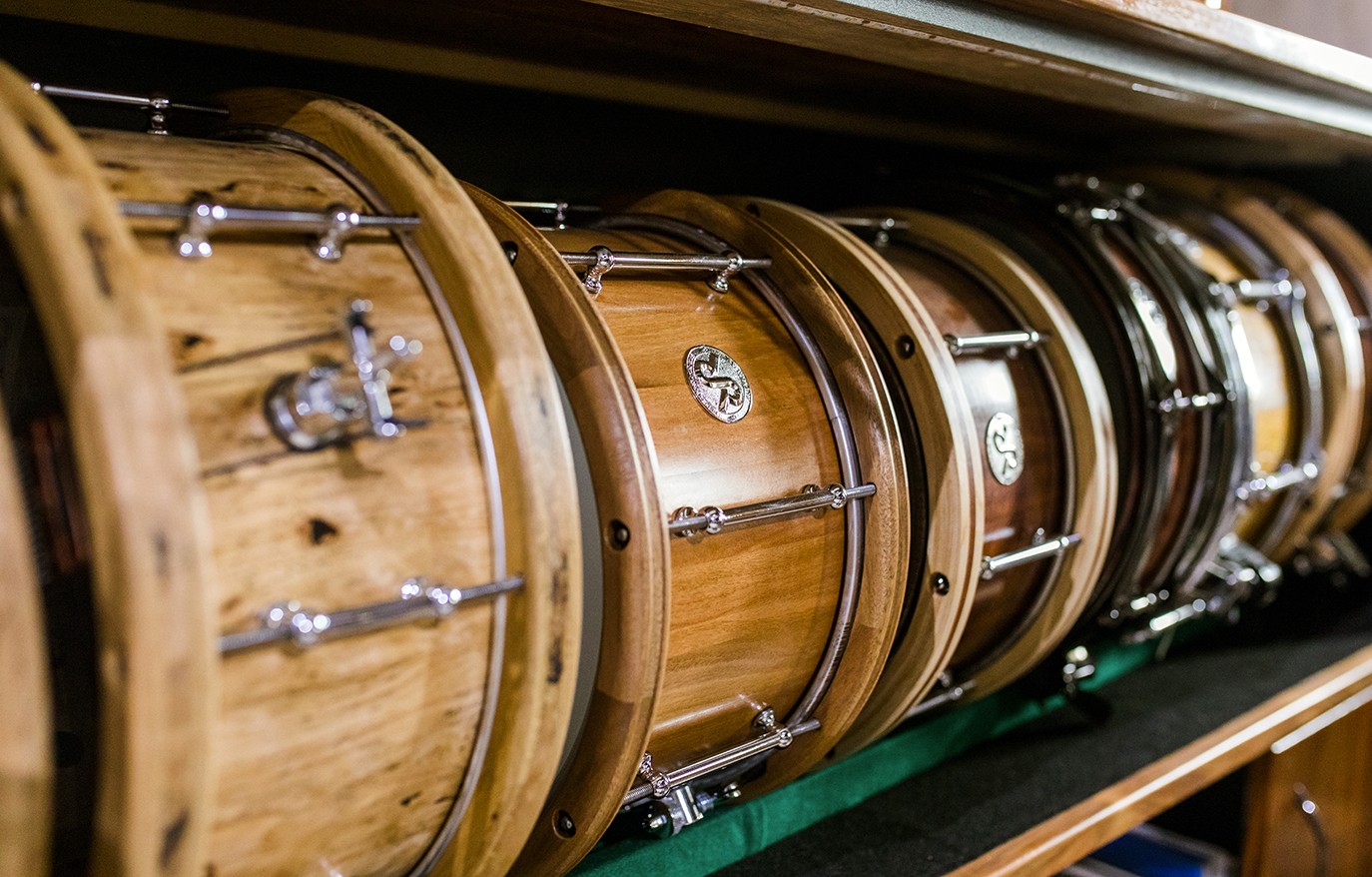 “It was in ‘97 that we divorced, I think. There was two years that were pretty dark and music really just pulled me through that. It’s when I started learning to play African [drums] and, yeah, that sort of got me over the line. I realised, ‘Hey, I'm actually pretty good at this’.

“African drumming has been great for me socially, physically and mentally.”

Roger's extensive knowledge of timber originally stems from an adult apprenticeship he undertook in cabinet making in the mid-nineties, and he was involved in fitting out Crown Casino’s ‘high-roller room’.

“We were using ebony, mahogany, and all these amazing timbers that you'll never see again… you just can't get 'em anymore.”

Before his hands were crafting rare and exotic timbers, Roger was a qualified fitter and turner, working with metal. He mentions that the little drums in his workshop need to be constructed with accuracies down to a single millimetre, a feat much easier to achieve in metal…

“Wood, it's kind of complex. [It] does its own things. It grows and shrinks. We've just made a drum that shrank then grew again with [changes in] our humidity. Wow, it drove me insane.”

Roger shares that he began hand drumming after attending ConFest in the early 90s.

“Back then, there were huge drum circles, fire-twirling dancers and dust. Infectious stuff. The drummers were a big part of the night scene then.

“Under the tutelage of my drum teacher, Rashid, I also made my first drum, an ashiko. Since then, I have made over 300 of them. In 2001, I began teaching African percussion in Frankston, and was teaching four to five classes per week.”

In 2005, Roger and his partner found their ‘perfect lifestyle property’ in Rokeby and made the move to West Gippsland.

Roger has spent years perfecting the construction of his ashikos (a cone-shaped drum), and has also made djembes (a goblet-shaped drum), but didn’t create them from scratch. The ashikos are made with timber staves, like a wooden wine barrel, then skinned with goat hide.

“My first drum sounded okay, but it was made from 1.5-inch-thick jarrah and was too heavy to carry around. The second one was much thinner and actually sang better.

“An African drum skin is quite tight and a variety of sounds can be made on them. Most of the time the sound is produced by the fingers (from the tips to your palms’ ‘heart-lines’) making contact with the skin.

“The skin has to be allowed to vibrate freely, so the hand action is a bit like a ‘rap’. The shape of the drum dictates the sound of the bass. The bigger the drum body and the closer the lower aperture is to a fist-sized hole, the better the bass sound will be (in theory).

“The ashiko is native to Nigeria and would have been originally carved from a solid log. That’s hard work. Making them from staves is so much easier. Then they are turned on a lathe, sanded and polished. I have also built dundun drums using stave construction. The dunduns use cow hide to capitalise on the lower frequencies it provides.”

At the 2001 Frankston Sea Festival, Roger met his current business partner, Mat Duniam. Mat saw the drums Roger was playing at the festival and asked if he could turn his talents to creating traditional drum kits. After some experimentation, Roger had the process nailed and Red Rock Drums was launched. The company now exports to individuals and outlets around the world.

“Our biggest ‘kick’ was a contact from Jack Douglas, the sixth member of Aerosmith and a giant in the recording industry. Two of our snare drums were used on the final Aerosmith album.” 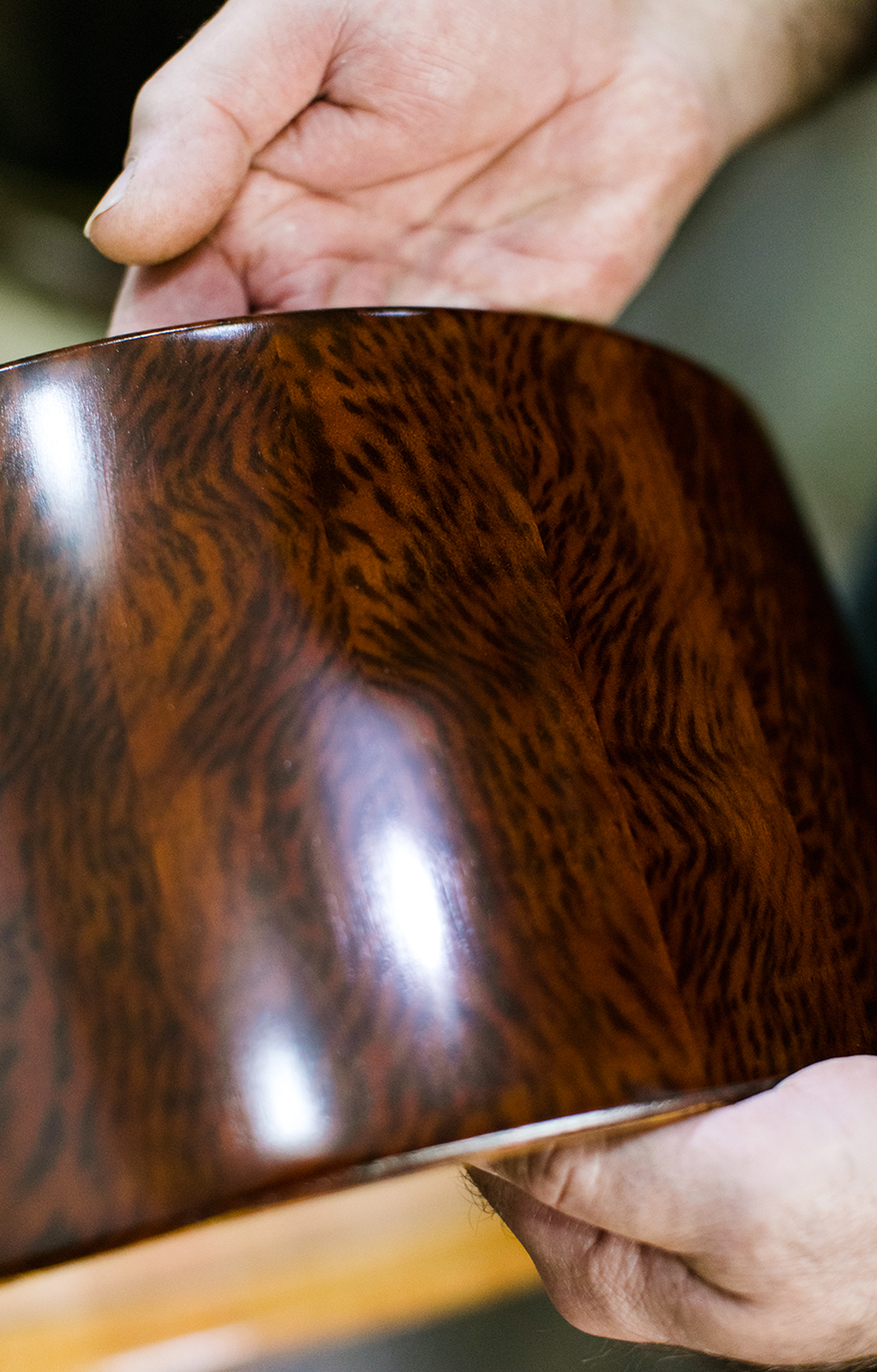 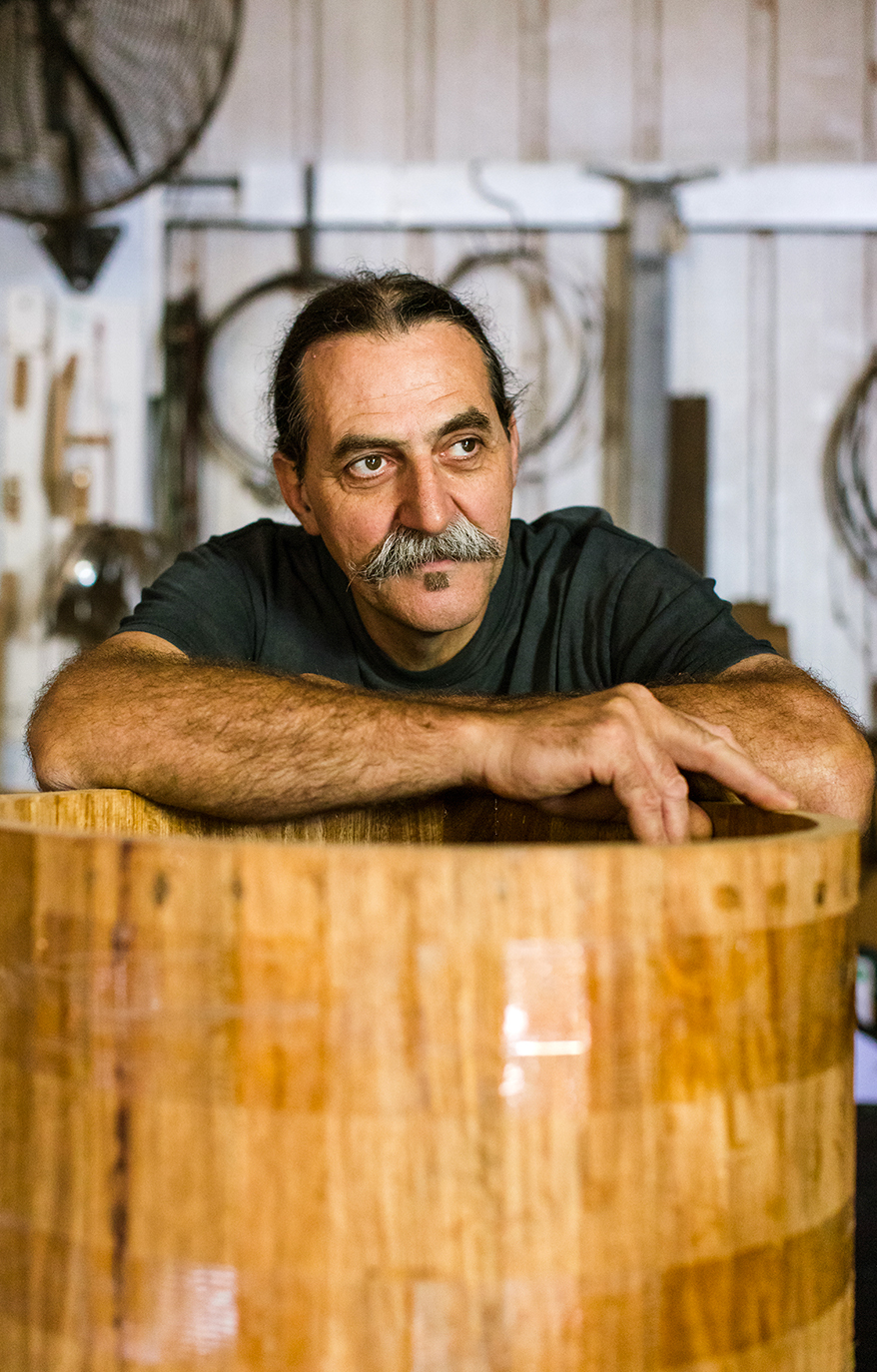 Given the immense benefits hand drumming has provided Roger, he has been keen to share its power with others.

“I have used African drumming in a program for people with early-onset dementia and staff reported positive responses.

“Also, I was an artist-in-residence at Lowanna Secondary College for two years. Each year, twenty students were invited to partake in the program of making drums, learning to play them and doing an end-of-program performance. It was aimed at the kids that didn’t want to be at school. I witnessed the same students become enthusiastic learners over the 10-week program.

“After the second residency [ended], the school continued the program. It has run for another four years and doesn't look like it’s slowing down yet. My involvement now is the supply of the drum shells, steel hoops, rope and skins for the students, and the school has a dedicated teacher to run the program.”

“Sadly, my hands are developing arthritis. It shouldn’t be a surprise to me, as I have belted the living bejesus out of them for more than 25 years. I taught for nearly 20 years… With the experience of the past two-and-a-half years (COVID-19), I don’t think I could teach anymore!

“I want to preserve my hands as much as I can for musical activities. I play rudimentary guitar and bass. I started life as a keyboard player and have an excellent setup in the studio, but percussion has been my greatest challenge and reward.

“Red Rock Drums sponsored the Wangaratta Jazz Festival a few years ago and I was watching the drummers playing on my creations thinking…'Why can’t I play at least half as well as these guys?' So, I’m becoming a kit drummer. It’s a bit harder than it looks. I’m 58 now, and by the time I retire I think I’ll have improved quite a lot.”

Roger shares that performing with his group, Savannah, was some of his most moving drum experiences.

“We were six highly dedicated performers that worked hard together and got on together really well. We finally recorded our CD a few years ago, but due to a variety of health issues, including my hands, the group was dissolved.”

Nearly two decades ago, Roger wrote a piece of music for a friend called ‘Sara’s Farewell’, which includes marimba and thumb-piano. For the members of Savannah, all will have the piece played at their funerals.

As photographer Lauren Murphy moved around Roger’s studio, shooting him for this piece, he described the virtues of the many timber species he’s worked with, the beautiful timbers we’ve sadly lost and the timbers in his workshop he’s readying to use, his hands gliding over the grains in anticipation.

Drumming often echoes life. Rhythms rising and falling. Crescendos steadily building. For Roger and his drum building, the peak hasn’t been reached. He shares as he parts, “the current journey with Red Rock is very exciting and the best is yet to come!”