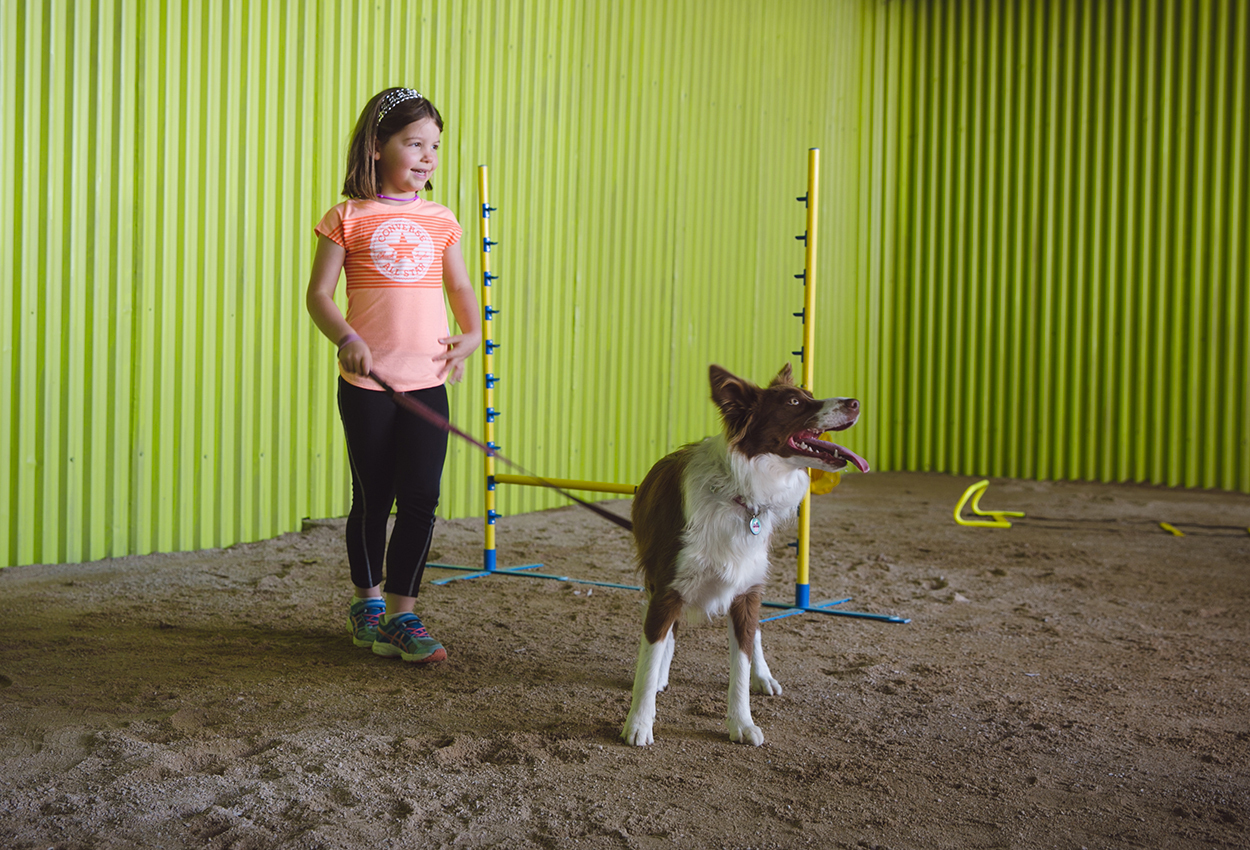 For the love of dogs.

Megs Hopman of Playful Paws Training & Wellness believes that “The best dog is the one you spend time with”.

2018… what a year! After enduring the alien feeling of being dogless since January, when my beloved old Pagan departed, a puppy was finally about to make its way into my life.
–

I’d found her online. She was a little blue heeler–cross farm girl from Tamworth and she had the sweetest face I’d ever seen. Impatiently awaiting her arrival, I showed photos from my phone to anyone appearing vaguely doggish, maternally gushing over the baby I was yet to meet.

One afternoon, while I zealously selected preparatory supplies (was I nesting?!) at Bairnsdale’s The Doggie Den, the owners eagerly lapped up images of the imminent babe. I told them I wanted to train this one. “Ya can’t let a bluey run circles around ya”, I had previously said to myself in an ocker farm voice. They’re too intelligent. Too active. Gotta get onto it early, I’d thought. I’ve had four previous dogs, all mothered organically with loads of love, but never trained formally. “You have to meet Megs”, The Doggie Den owners said, referring to Paynesville-bred, Megs Hopman of Playful Paws Training and Wellness.

And I did. The very next day, we were introduced back at the store, and I was bowled over. Here was a petite woman in dog trainer’s get-up, preaching the benefits of ‘crates’, which looked like veritable dog prisons to me! Apparently, I must imprison my puppy in a crate, and eventually lock the door. “Crate training should be introduced early”, she insisted. “It’s an indispensable training tool!”. I thought this is counterintuitive as I smiled and nodded.

I went home and read all about crate training, expecting it not to be for me or my impending puppy. Surprisingly, my mindset and awareness were rapidly recalibrated. As I watched videos by wonderful trainers from around the world, I learnt about the positive reinforcement revolution! Indeed, a crate is a fantastic place for a dog to retreat to: for quiet time, a place to keep a pup safe when you can’t watch them or when circumstances change at home, and a fab launch pad for their learning journey ahead, including toilet training. Crate training teaches puppies about calmness and settling.

Sylva, our pup, is now five months old. Nightly she voluntarily puts herself to bed in the crate — I don’t even need to shut the door. Additionally, it’s often used for a quick ‘time out’ if, for example, she is rough with the cat. She doesn’t mind being in there one bit and is much calmer ten minutes later when she’s let out. As Megs suggested, the crate was introduced positively from the get-go as a delightful place to be, with treats, meals and affection. The same goes for training your dog to do anything — always do it positively and without scolding; reward desired behaviours and give no attention to undesirable ones, but instead let them quietly rest in the crate without a word. Don’t we all live, love, learn and respond better to life in an atmosphere of positivity rather than fear?

With Playful Paws Training and Wellness Megs runs a variety of classes and services. There’s Puppy Pre-school, which helped Sylva socialise and reduce anxiety, and Puppy Kinder, where clients drop their young pups off from 8am to 1pm. There’s also older dog training, classes for children and their dogs, drop-in sessions, private lessons, to-home visits that help owners understand and remedy behavioural issues, and more. “My love of seeing people smile and connect with their dogs, as well as coaching them through challenges, motivates me to get out of bed each day”, says Megs.

Sylva and I have attended many of Megs’ group training sessions. These were previously held in a makeshift venue while she miraculously renovated the Playful Paws training centre in her ‘spare’ time. Many months were spent searching for an appropriate premise until Megs finally secured the Old Butter Factory near the Mitchell River Bridge, Bairnsdale. The canine training centre was opened on the 28th of October this year to much fanfare, including a snip of the ribbon by the Mayor.

As Gippsland’s first dog training centre, it’s a historic development. Enriching times are ahead for our community of dog lovers! We’re already benefiting from using the lime-green-and-black–walled centre (Megs’ unmistakably vibrant business colours) with its separate areas for agility, exercise and play, indoor training, lead manners and chill-out zones. Megs had the foresight and imagination to bring this service (aka Dog Wonderland) to fruition. To witness and participate with your dog as they fully utilise their intelligence and potential creates a deeper bond between you, and whole new ways of communication. This is incidental two-way therapy of the most wonderful kind. And that’s the magic… Megs tells me, “The best dog is the one you spend time with”.

Megs’ path to becoming a full-blown businesswoman who’s running her own show, as well as a canine (and human) whisperer, is a tale of tenacity, hard work and self-belief. It hasn’t been without obstacles or moments of doubt. One day, after months of consideration, Megs took a leap of faith and plucked up the courage to leave her non-doggy job behind to follow her dream. She began part-time, as she continued learning the ropes in building the business, which has become so popular she’s now working full-time with additional staff. To see this innovative woman realise her vision is inspirational.

“Going full-time from a casual business took a lot more than just courage. I had a strong support network and a willingness to learn things I didn’t even know that I didn’t know!” Megs explains. Now she’s putting over 15 years of dog training experience, including time spent training guide dogs, to work for the people and pooches of Gippsland.

You can learn more about Megs Hopman and her Playful Paws Training and Wellness services at playfulpaws.com.au.