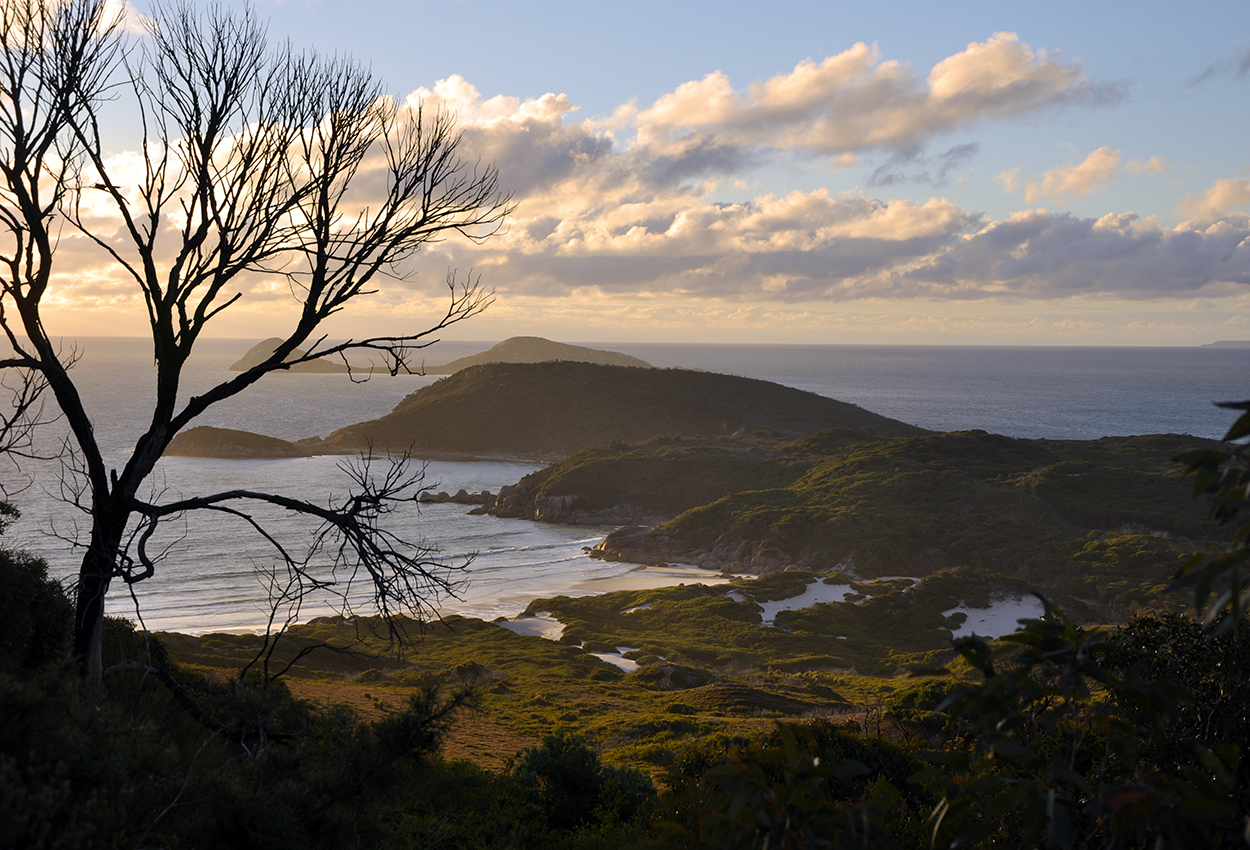 Sometimes you have to be away to appreciate home. When travelling back, naturally, Gippsland turned on her charm.

Sometimes you have to be away to appreciate home. Having lived abroad for a number of years, I travelled to my hometown for the holidays, and suddenly, naturally, Gippsland turned on her charm.

Together with my family, we traversed the region, finding beaches, birdlife, coastal walks, delicious food and outstanding coffee (still a very high priority for me).

I probably shouldn’t give away all my favourite haunts, but Gippsland is still, for the most part, a hidden gem, so if you’re here, I figure you’re already in the know.

Here they are, my top five highlights and go-to summer escapes in gorgeous Gippy. Enjoy them while the sun still shines.

I would say at a little-known locale in San Remo, but the place was buzzing. Clearly, the word has gotten out about Porter Republic’s delicious, delicious coffee and breakfast plates: toast or buns piled high with fresh, choice brekky bites — bacon for the non-veges, and avo, and more avo for me.

I don’t know what beans the Porter Republic funnels into their hard-working Marzocco Linea, but the barista banging out the coffees on the two-group machine didn’t miss a beat, and whether with milk or black, the espresso was sweet and delightful, making you scrape out the cup with a spoon and rapidly order another. It was the standout coffee on my trip, even if my time in Melbourne was an extended café crawl. This republic is inviting, with an old school milk bar vibe, and extends through to a back garden. A double front window looks out over the carpark, which in turn looks out over the inlet flowing beneath the San Remo bridge to Phillip Island. All are welcome at PR, with space enough for loungers and lunchers, strollers and their egg-pitching inhabitants, with service smartly negotiating the midmorning rush.

A swift trip down the highway from Melbourne in the direction of Warragul sees you veering off on the Mt. Baw Baw tourist road towards the farmland of Neerim South, and then into the misty, old-growth forests of Noojee, in search of the Toorongo Falls. Don't forget the Trestle Bridge - the construction of Victoria’s tallest surviving wooden trestle seems grand and impressive.

Noojee itself is a pretty former timber town (severely burned in a couple of fires in early 20th century, noted on local history boards), featuring the popular Noojee Hotel the picturesque Latrobe River, alive with fish and meandering fly-fishers in waders, as well as spots to stop for coffee and scones (complete with scone-seeking king parrots). The road to the falls takes you through some picturesque scenery, and as you arrive, possibly along with hordes of campers and daytrippers, it invites you to roll down the window and sip the crisp forest air. It only becomes sweeter and more delicious as you make your way up the walk (numerous stairs, beware) to the Toorongo Falls and the adjacent Amphitheatre Falls. The walk is just as spectacular as the falls themselves, is the lush forest, made up of those two great allies, mountain ash and tree ferns, creating a dense forest floor of fallen bark and fern fronds.

Phillip Island is having a bit of a renaissance.

From memory, the island, famous for its nightly parade of fairy penguins, was always a tad underwhelming, with neither the most consistent beaches nor parks, and often quite crowded. The latter is still true, as the bumper-to-bumper traffic snaking kilometres from the bridge attests, but perhaps for good reason.

In summer, Cape Woolamai, the wilder surf beach, is home to a spectacularly abundant nesting colony of short-tailed shearwater. The shearwater, also known as the muttonbird and (slightly more romantically) the moonbird, migrates each year from Alaska to southern Australia. Though they used to flock in the millions, numbers have stabilised (with the help of a dedicated volunteer team) to several hundred thousand. During the warmer months, Phillip Island becomes their nursery as busy parents work to hatch a single chick, who must be ready come April to take to the sky and make their inaugural migration of some 16,000 kilometres of flight. Talk about air miles! A cliff-top walk perambulating the rookery is well-maintained, and well worth doing for the southern ocean views and wildlife, not limited to birds. To the side of the walking trail, a dark-coloured wallaby passively eyed the passers-by before going back to lunching on the short grass.

4 — The best beach in Victoria is…

The answer is Squeaky Beach, Wilson’s Promontory (pictured). So bold, you say, so sure? Yes, because she never disappoints. Because of the delight on every beachgoer’s face when they give in to the temptation to make the fine sand go squeak squeak squeak as you scuff your feet. From the first glimpse of the glittering blue from high on the saddle, this beach makes good on its promises of glowing white sand, an invigorating sea and the spectacular beauty of the surrounds.

At either end of the crescent-shaped beach, boulders, dramatically broken open, lie in clusters, which make for adventurous climbing — mind the March flies, they like boulders too. The far end of the beach (if you come via the car park) brings you to a walking trail of a two or three kilometres to Wilson’s Prom’s most popular beach, Tidal River, and the camping grounds. It’s a popular walk with stunning views out over the promontory.

But the swimming, which is what it all comes down to, is far better at the other end of the beach. Slightly broken by the rocks, the surf is still deceptively strong, with dark blue waves crumbling into a washing machine of foam, which leaves you to surface in effervescent crystal-clear water. Invigorating for strong swimmers and bodysurfers, on some days, the surf gods bless the waves for surfers. The shallower waters, usually bereft of strong currents, are inviting for younger swimmers.

This on-the-way town rates for a number of reasons, not least the Gecko Gallery and café. It is very difficult not to stop here on the way to Wilson’s Prom because it has a) lovely coffee, b) amazing pastries (raspberry and pistachio cream croissant, anyone?) and light lunches, and c) art in the gallery part of the café, with locally-made ceramics, prints and paintings for sale.

So it takes on the character of the surrounding hills, where many artists live and work, including the award-winning children’s book author and illustrator Alison Lester (Magic Beach, The Silver Sea, Noni the Pony and countless others.) You’ll find her store just down the street and around the corner, packed with colourful prints, cards, and favourite books, with Noni out front.

Often Alison is in-store on Sundays to sign books. On a recent trip, Roland Harvey had an exhibit just up the street from Gecko, so it appears that Fish Creek may not only be famous for the big fish on the side of the hotel, but also as a hub for Australian children’s literature too. I can’t think of a nicer one.

Penelope is the editor of dance magazine, Fjord Review. She was raised on a farm in Boolarra, Gippsland and really appreciates that (now). After graduating from law and arts from the University of Melbourne, she focussed on dance criticism. Her writing has been published in Dance International, The Dance Current, the ABCs blog ‘Unleashed’ and Canada’s The Globe & Mail. She takes ballet class and enjoys dancing tango and salsa. She currently lives in Toronto, Canada.