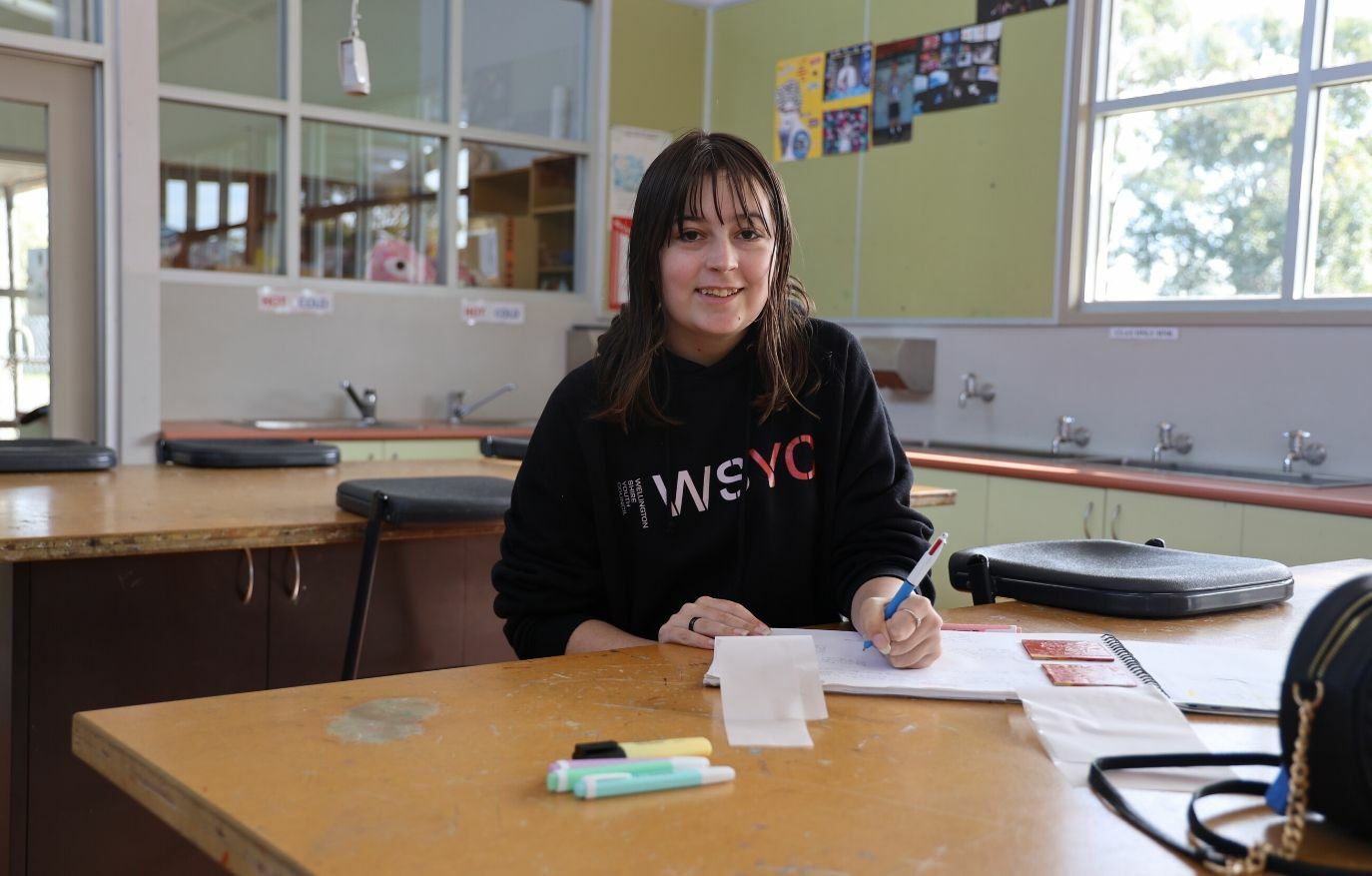 Chloe Bethune is a name you will be hearing a lot in the future.

Remember this name: Chloe Bethune. It is a name you will be hearing a lot in the future.

Chloe is a proud eighteen-year-old First Nations woman in her final year at Yarram Secondary College.

She is the 2020 Gippsland winner of ABC’s Heywire competition. She is an Air Force cadet, a leading member of the Wellington Shire Youth Council, a regular guest on the ABC Morning Program and is involved in the Korin Gamadji Institute, where she has joined the Richmond Emerging Aboriginal Leadership program.

She has had some big challenges in her life.

Recently Chloe was asked to speak about empathy and how she had chosen it over sympathy. It was a subject close to her heart.

“When you Google empathy, you find that it means the ability to share someone’s feelings or experiences by imagining what it would be like to be in that person’s situation,” Chloe said.

Chloe knows all about empathy; as a young child at primary school, she often put herself in other’s shoes after being bullied.

“I liked to treat people the way I wanted to be treated, to show empathy towards those less fortunate,” she said.

When Chloe was bullied, she would retreat into her own little world — a world of music, art and acting.

Then four years ago she underwent major surgery to correct the curvature of her spine caused by scoliosis.

The surgery appeared to go well, and she was anxious to leave hospital and return home and get back into life — a life without pain. But things started to go wrong.

“Post-surgery I felt pain in my gut and started to question whether I should be leaving hospital,” she said.

After just one night at home, her condition deteriorated, and she was rushed back to the Royal Children’s Hospital.

She had suffered a punctured bowel during the operation and needed emergency surgery before she developed an infection in her bloodstream. It could have been fatal.

“I embrace life,” she said.

“I have become more connected to my indigenous culture,” she said. “This connection has opened my eyes to many things.”

“Put yourself in someone else’s shoes’ is an expression I have heard since I was a child."

“Showing empathy, not sympathy, is so important and will help us all become better people."

“All I ask all of you is if you see someone struggling or being bullied, put yourself in their shoes."

“Don’t be afraid to speak up and lend a hand.”