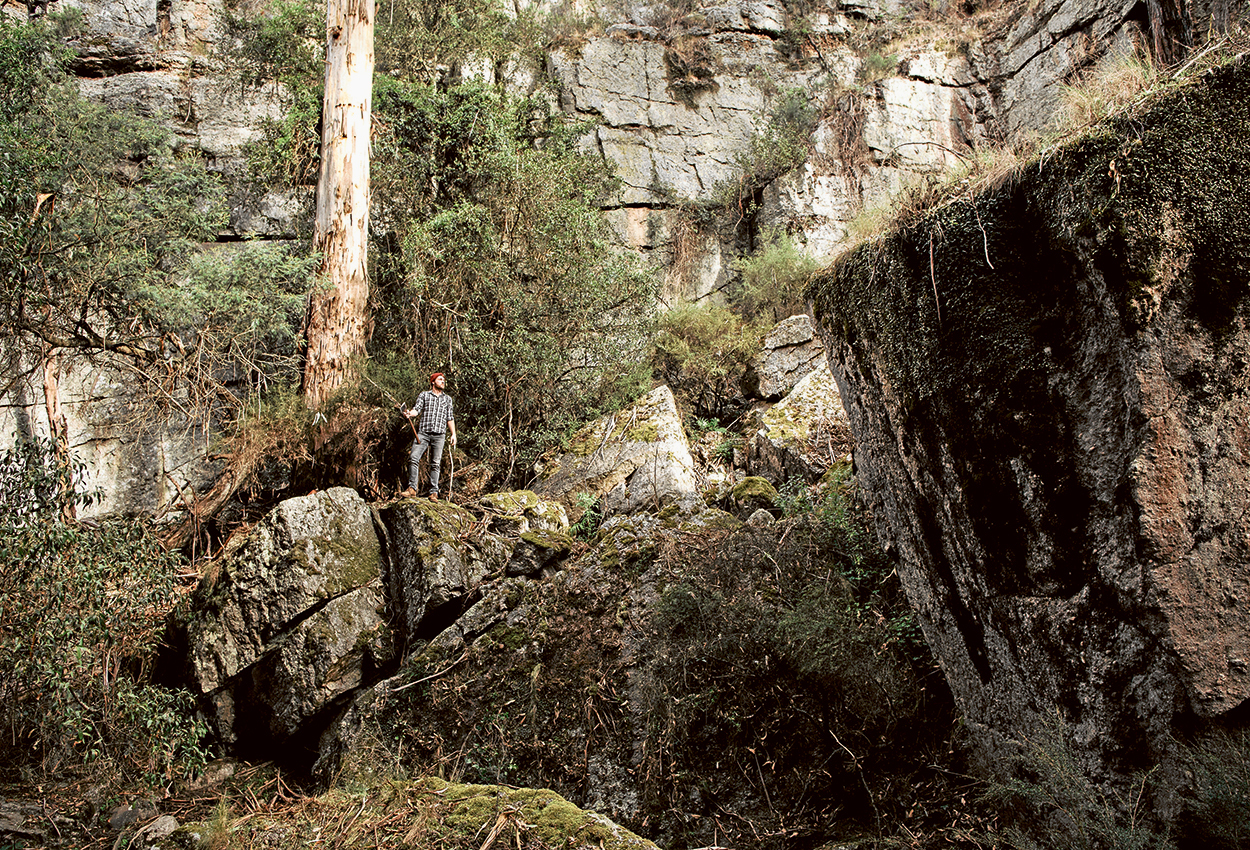 Down the rabbit hole.

Where would you hide if your desire were to remain undetected for decades at a time?

Where would you hide if your desire were to remain undetected for decades at a time? To live in solitude and seclusion, away from the slightest trace of man, to remain a myth or live as a ghost. Would you run to the ocean or withdraw to the forest, camouflaging yourself in plain sight? The job of a hunter is to think like the prey and the duty of prey is to outsmart the hunter. —

But what if your prey has become an enigma? This isn’t a conventional game hunt of wild deer or boar, where the animals exist in herds or droves. This animal is unwelcomed to our land and actively attempts to mask its presence through cunning strategy and evolutionary conditioning. It becomes immediately obvious that the task of finding this cat surpasses the skills of any regular hunter and therefore a specialist must be engaged. This is a case for someone born for the wilderness. Someone whose connection to the human world is restricted to that necessity only. 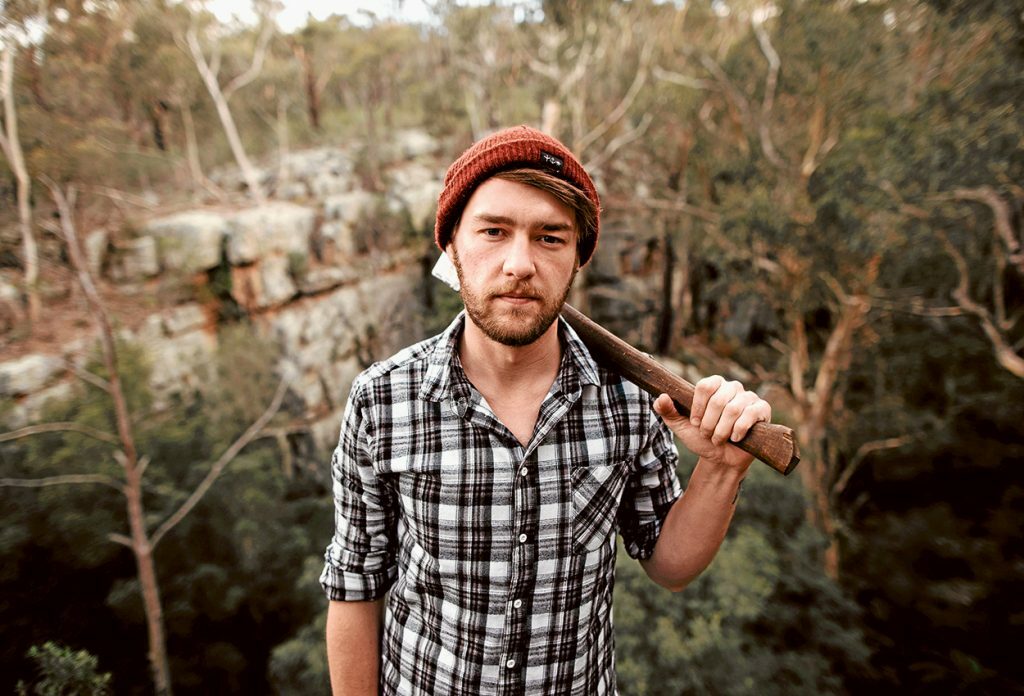 A man whose family is the forest and ancestors of the Vikings, one would merely read about in tales of a time since long past. If the panther is to be found, it is to be found by its equal and that equal's name is Arnald Olsen. Arnald’s pedigree of wild game tracking comes as a by-product of his family heritage from deep within the Norwegian highlands. A solid foundation of Norse mythology and big-game hunting develops a rather specialised skill set not often found in Australian culture. When pursuing a beast that’s foreign to our land, it’s these specific character traits that are required to stalk a predator of this magnitude, the infamous Gippsland Panther. A flurry of recent local reported sightings across the region have narrowed the hunt down to a few secluded areas often unseen by the human eye. To date, Arnald’s journey has lead him from the snow-capped peaks of the Victorian Alps, down south to the rivers and streams seemingly within our arm’s reach, yet just beyond the fingertips of man. Unfortunately for our hunter, there’s such a thing as being in the right place at the wrong time. Past instances of Arnald’s pursuit were evident of a season too late. Scratchings, footprints and the iconic marks of the furry predator riddled the land, in what almost presented itself in a mocking tone. Was the animal still near and merely taunting our hunter? Or are Arnald’s years of experience tracking game dwarfed by the cat’s history of human evasion? After several days waiting it certainly seemed to be the latter. Defeated, Arnald was forced to move on and wait for the next trace of the panther’s presence. How does this creature maintain its stealth for the past 100 years of hiding? Only close encounters recorded, but never hard, definitive evidence of its existence? With every square inch of ground observed on a regular basis, the answer itself lies within the question – beneath the earth, upon which exploratory eyes are so frequently cast. After this monumental development, Arnald packed up camp and ventured deeper into the forest to the cavernous geography of the Avon wilderness and almost immediately discovered signs that indicated activity of a large, four-legged predator. 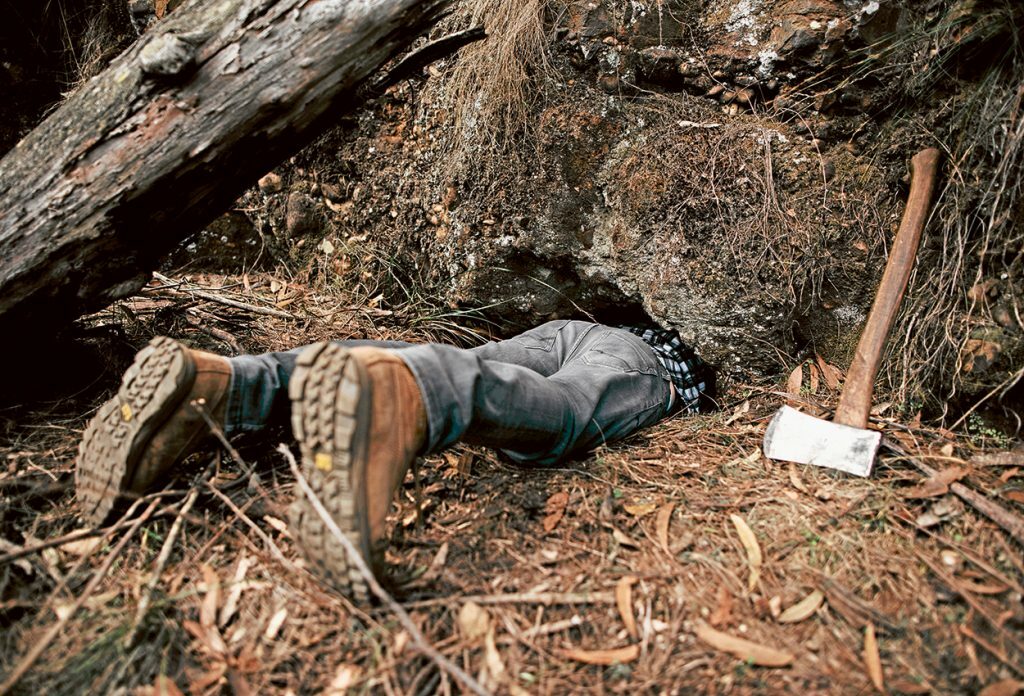 Tracing the signs of life up the creek bed and through the tangled undergrowth lead our hunter to what could only be described as a den. A worn path leading straight to an opening in the conglomerate wall of this natural fortress provided the first look at how this species chooses to live. Perched atop a heavily protected landscape, the den has close access to fresh water, game trails, and most importantly – a place to hide. After days of planning, setting traps, and observing from afar, once again, Arnald’s efforts were mocked with the eerie sense of being one step behind the cunning beast. Even a sub-ground entry to the animal’s lair proved nothing more than confirmation that the cat had since moved on to a more secure location. Olsen’s plight was now to continue on to another day. — Head here to read Part One and Part Two of the hunt for the Gippsland Panther. Help Arnald find the panther, and email your sightings to findthepanther@gippslandia.com.au. 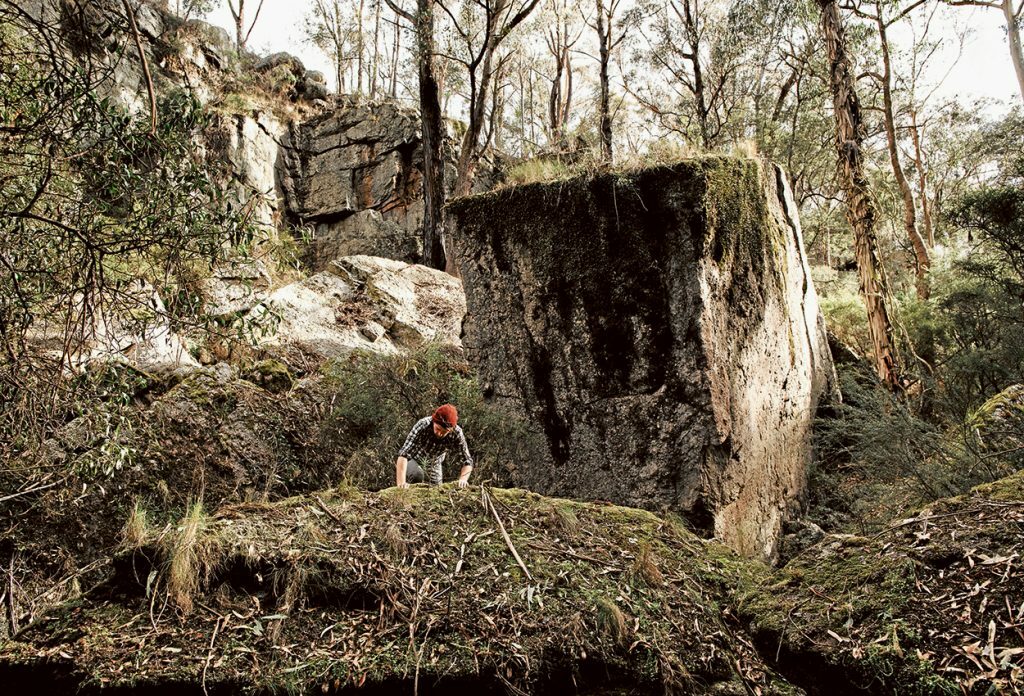