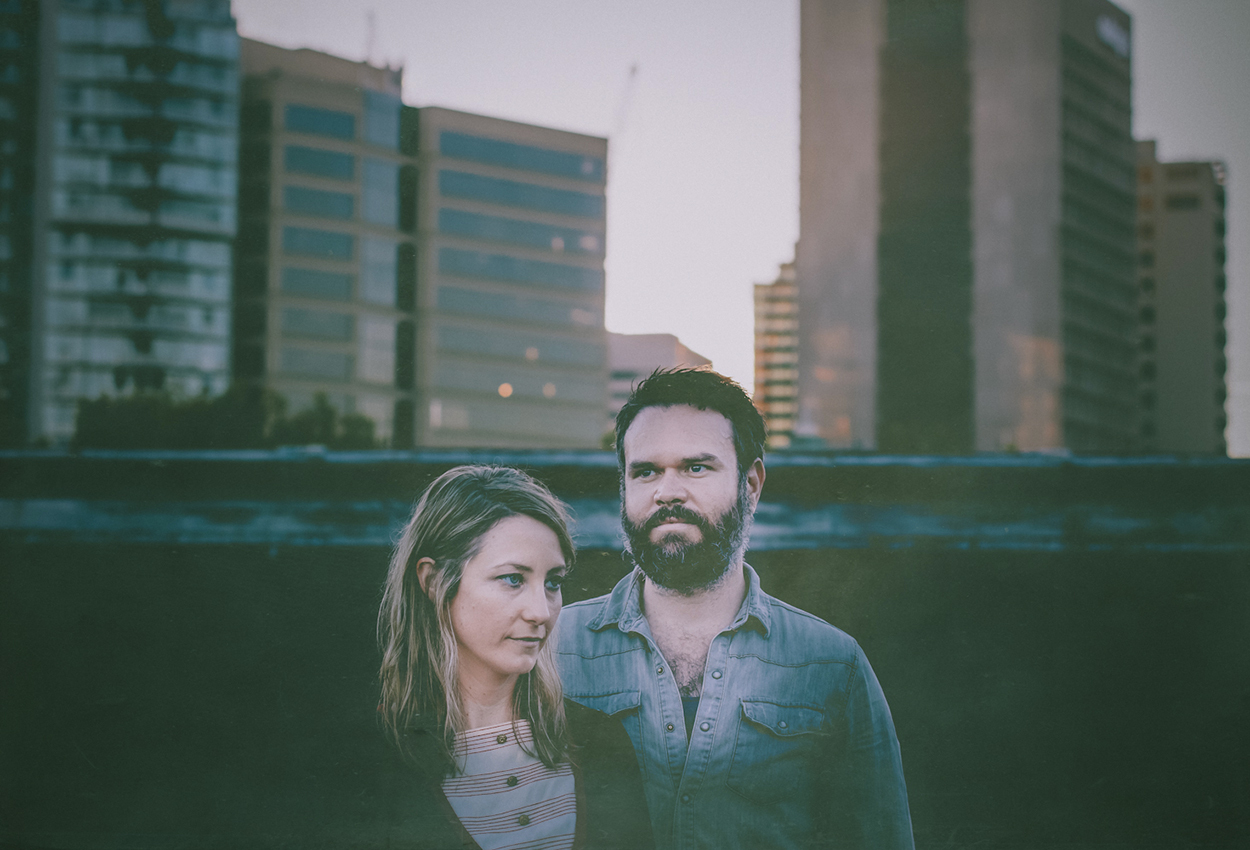 What’s better than chatting to a local Gippsland musician? Hearing from two local musicians! Jac Tonks and Brice Sedgwick are two Gippsland artists that have deep local musical roots, yet both have ventured overseas to charm foreign audiences. Enjoy listening to a pair of artists describe their path to the spotlight and their passion to progress their musical talents into the future.

Jac Tonks grew up on a farm in Sale surrounded by cyprus trees, riding horses and creating imaginary games with her sisters. Her dad worked for Esso on the oil rigs in Bass Strait, while her mum worked at the Esso office. Jac loved growing up in the country, saying, “I feel really lucky that I got to spend my formative years out there because it’s just a freedom you don’t have in the city. My sisters and I spent our entire childhood going on adventures on our own... We had entire worlds that we created from our imagination”.

“I don’t remember music ever not being part of my life, it was something that was always there and encouraged. Mum’s from Ireland and my Grandad, Paddy O’Dowd, was a tenor in Dublin. He won a lot of awards singing and show bands were a big craze in Dublin at the time. Grandad was in the Navy, and so after World War Two they ended up moving to Australia as ‘10 pound Poms’.

“They settled into Newborough East, in a housing estate. There was no real entertainment, so Paddy decided he would start a dance for the immigrant community. He began having trouble with all of his different players so he ended up just teaching the children, recruiting the family to the band!”

Similar to many of us, Jac was initially influenced by her parents’ musical tastes, “They played so much music at the family parties. The classics like Joni, and all of that. The Beatles, I was just obsessed with The Beatles, probably like everyone.

“As I got older and I developed my own taste it was more like You Am I, and other Australian stuff. Tim Rogers’ songwriting and the way he tells a story, to me, is quintessentially Australian. It’s beautiful—he paints a picture. That age was definitely a defining moment. Actually, a lot of the music I write is about that time”.

Jac taught herself guitar when she began recording some of her demos. Then in 2012, she met Nick O'Mara of award-winning Americana band, Raised By Eagles. They chatter about music and Jac started joining Nick on stage, adding harmonies for his solo performances.

“I started writing a lot of music and I had started recording some demo stuff with a friend of mine, Dave Rose, who is actually a drummer and previously played with Laura Imbruglia. We started recording some of my demos, so I taught myself guitar. Creating the song ‘Fire-Fly’, on the Eyes Still Fixed release, was the song that convinced them to record and play together”.

In 2014, Amarillo completed their residency at the Yarra, Abbotsford and launched an EP there to a packed crowd. They ended up playing some supports with Mick Thomas and American blues musician Charlie Parr and then hit the road to get inspiration for their album, Eyes Still Fixed.

As Jac explains, “Eyes Still Fixed is about family. We went to the Northern Territory and we just drove around listening to all of our favourite music. Distance, isolation, family, and that feeling of not actually being able to return to home emotionally or physically to that place that you were in when you were a kid. The NT is so inspiring. Out there in Arnhem Land… it’s like being in another country”.

When we chat about what’s next for Amarillo, Jac mentions that they’re writing again and have a whole bunch of new songs coming. “We’re recording with Shane O’Mara and the songs we are writing now have more of a folk influence, more so than the last album. It’s more of a 60s British folk vibe.

“I’d love to tour in Gippsland, but we’ve never really toured out that way as there are not many venues. Places like the Meeniyan Town Hall have done an amazing job. But it’s possible to have the bigger names from Melbourne with local acts supporting. Smaller venues are always an option. You don’t have to necessarily ‘plug in’”.

Belinda and The Social Crew are currently curating a tour of unique venues across Gippsland, follow @thesocialcrew to keep in the loop. Established musicians, please email: hello@thesocialcrew.com.au to express your interest in providing touring support. 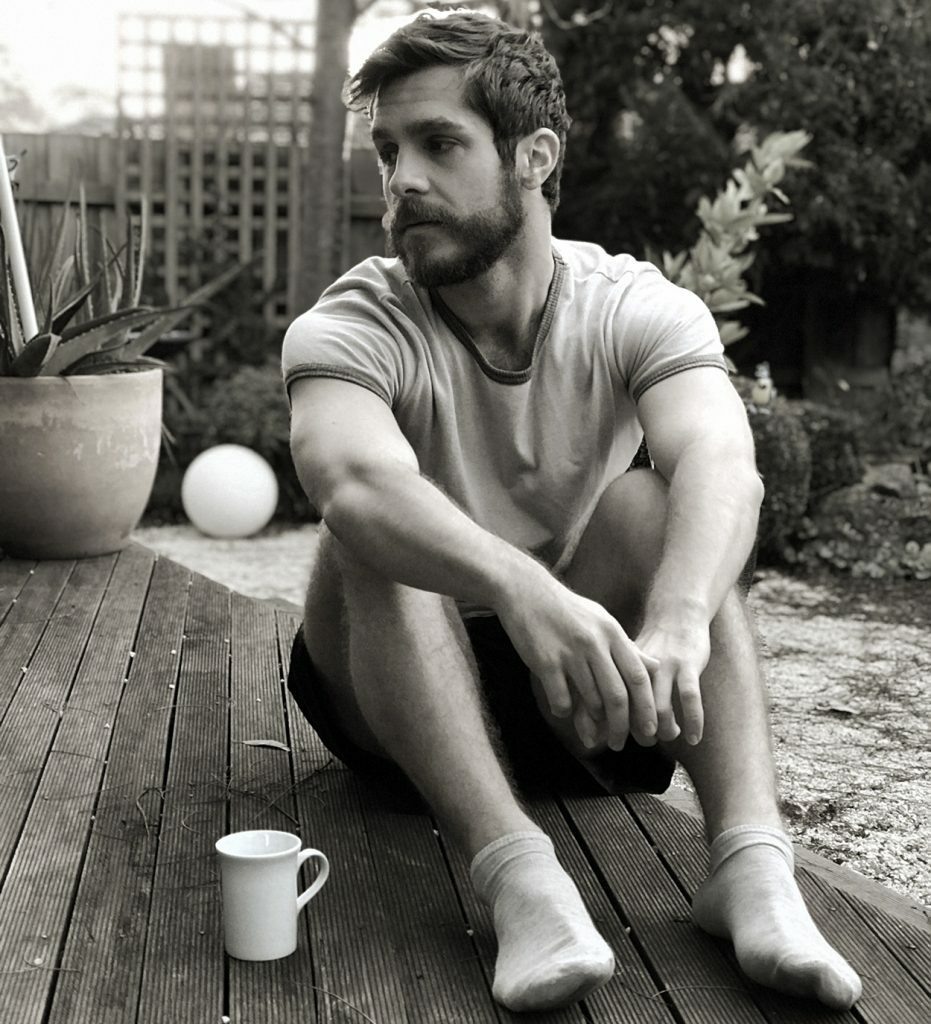 Brice describes himself as a musician, singer, songwriter, performer and living room dancer, who has spent the last couple of decades performing in Australia, London and the United States. Near the close of 2017, Brice performed intimate shows of his debut album to local audiences at the VRI, Traralgon, and for the opening of the René Magritte Exhibition at the Latrobe Regional Gallery. His latest single, ‘Venice’, has been steadily climbing up the iTunes charts, garnering him music press both in Australia and overseas.

Brice grew up in Gippsland, and his grandfather was a well-known musician in the 1950s and 60s. He credits his grandfather for cultivating a musical environment that facilitated Brice’s discovery that not only could he interpret music, but create his own, originally on the piano at home.

Brice spent many years listening to the Beach Boys, Elvis, Marit Larsen and Cat Stevens, as he explains, “I found myself taking their music and playing with it as if it were a malleable, tangible thing. Creating an entirely new world within the song, that had now become something new”.

Frequently travelling to distant lands, Brice spends time working in the education field when he returns to Australia, saying that this, “acts as a nice buffer to my career in music. It allows me a chance to reset, reconfigure, and recalibrate my thoughts and perspective on what I’ve said in my music, and where I’m headed with the music I create in the future. It really gives me a powerful opportunity to immerse myself with younger people, and see the music that makes them come alive”.

In commenting on the growing success of his recent release, Brice feels, “I was being recognised for the hard work, the tears, the sacrifice and long journey I’ve been on. Putting something in song, that I can’t necessarily articulate in a conversation, and for that to have struck a chord with people is very special”.

Not one to sit idle for long, Brice is already writing a ‘killer’ follow-up to Venice, “I’m in the middle of pre-production now and will begin the recording process soon. This will take me through the rest of 2018. I’ve been playing with different sounds, but I definitely want to continue to tell a specific narrative to a cohesive sound. I want you to hear it, to be affected by it and for it to change you in even the smallest way”.

Brice is currently based in Los Angeles and is keeping himself super busy by, “...working for other artists and helping them shape their sound. Pitching songs for other artists, whilst working on my own music. I’ve been collaborating on a few film projects and composing music for some upcoming short films. I’m always after the next adventurous musical project”.

In closing our conversation, we listen to Brice’s thoughts on what can be done to assist other Gippsland artists in establishing themselves. “Artists thrive when music is everywhere. There is incredible talent in the Latrobe Valley and broader Gippsland. There are some beautiful spaces to accommodate music and performances. Local councils need to get behind emerging artists and support them so that younger musicians see a [career] pathway… [they need to] recognise the hard work and dedication of locals. Perhaps more busking licenses or rather reduced busking fees. More local festivals. It was great to see local initiatives take form over the last few years, but they were short-lived. Were they supported meaningfully?” More live music and increased support for our local musicians, artists and creatives, that’s something that we can all get behind.