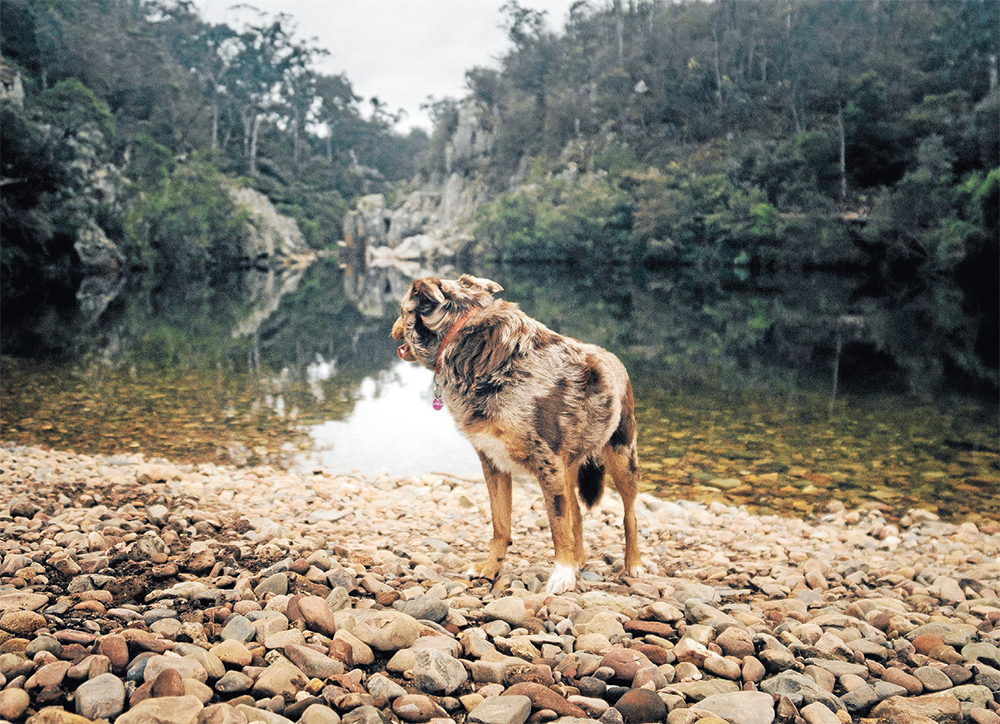 Red Bull recently released an article about the Top 8 Victorian swimming spots, highlighting Gippsland’s Wingan River and Wilsons Promontory. If they’d simply pushed the list out to ten, there’s a damn good chance Blue Pools would’ve made that list too. With summer here, we’ve taken a short survey of some spectacular natural swimming holes, with a better known, a lesser known, and a complete out-of-left-field option.

Red Bull recently released an article about the Top 8 Victorian swimming spots, highlighting Gippsland’s Wingan River and Wilsons Promontory. If they’d simply pushed the list out to ten, there’s a damn good chance Blue Pools would’ve made that list too. With summer here, we’ve taken a short survey of some spectacular natural swimming holes, with a better known, a lesser known, and a complete out-of-left-field option.

Nestled near the centre of Gippsland, where the rolling hills rise up into the mountains, a quiet babbling stream forms a series of clear river pools.
—

Less than fifteen minutes out of the peaceful town of Briagolong lays one of region’s prized treasures, and the quintessential summer oasis, Blue Pools. While most locals know about it, the reputation for being a busy long weekend destination has kept many a Gippslander from making the visit. In an attempt to capture its beauty, and experience this gem for myself, I headed up on a weekday at dawn, hoping to catch
a peaceful moment alone.

Rolling out of Traralgon with my camera, and pup in the boot, we made our way up towards Maffra. Windows down, cool summer morning air flying by, just cruising down the smooth country roads, both
sides lined with gold paddocks washed in the rising sun. All along the drive passing quaint rural towns, the various shops lining the road marked with worn hand-painted signs hinting at the history of the area.

After about an hour we arrived in Briagolong and shortly thereafter passed a sign on the left, only ten kilometres to go. As we began the final stretch of the drive the road narrowed and rose up into the hills.
The trees and bush grew closer. The road joined up with the river and began winding deeper into the hillside. All along this section pull-off s had been made with what appeared to be trails leading down to other river pools, yet onward we travelled to find the infamous Blue Pools.

In no time, we pulled up to the large clearly marked sign, and were greeted with an empty car park, excluding a couple of midweek campers. In less than five minutes we’d walked through the camp area, down a well-maintained path and were standing in front of the clear still pool.

The tea tree stained water stood still in the quite morning. The pool bottom entirely visible from the shore, minus the stretches showcasing the reflection of the trees that hang over. For all the photos posted online, they don’t do justice to the site that lay before me.

Before taking a dip, I decided to head up the trail on the other side of the pool. The steep track led upwards into the bush before leveling out. I shortly found out from some hikers that the trails could be taken to a bluff look out over the pools, an old deserted gold mine, or even to further tracks that could be followed as
far as Dargo. After a short walk I was pretty much forced to turn around and head into the office and start the day, but not before a quick splash in cold clear pools. A bit chilly and completely awake we strolled
back to the car and began the drive back to Traralgon. 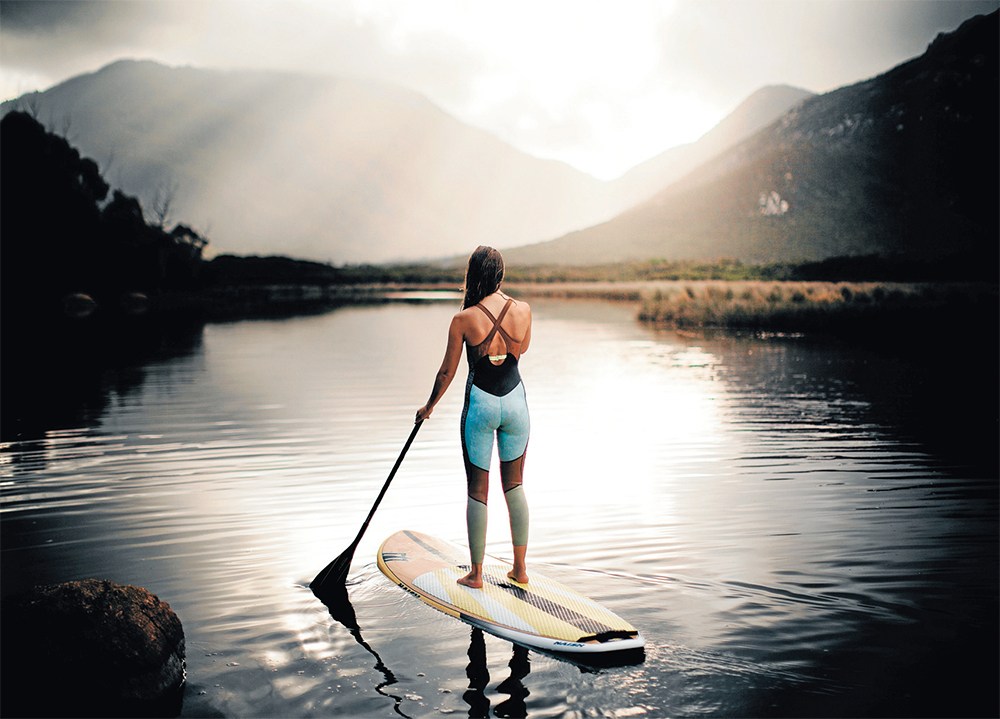 Wilson’s Promontory is often noted for the flocks of tourists that swarm Tidal River all year round.
—

What’s often considered by many Gippslandians as ‘too far away’ for a cheeky summer splash, usually only reserved for long weekends or pre-planned day trips, Wilson’s Promontory proves time and time again that it is the ultimate summer swimming destination. In reality, it’s far closer than the Grampians, Torquay and
countless other holiday locations we travel to throughout the year, and essentially right in our own back yard.

The coastal park provides an elaborate collection of beaches, bays and rivers that quench even the most adventurous of summer thirsts, and few can look past the scenic vista that is Tidal River. Waking before dawn adds an entirely new element to an already incredible experience, where Phoebe Honey (pictured) capitalises on the delicate morning light and the solitude it brings for her morning stand-up paddle board session. Summer is short. Make every minute count. 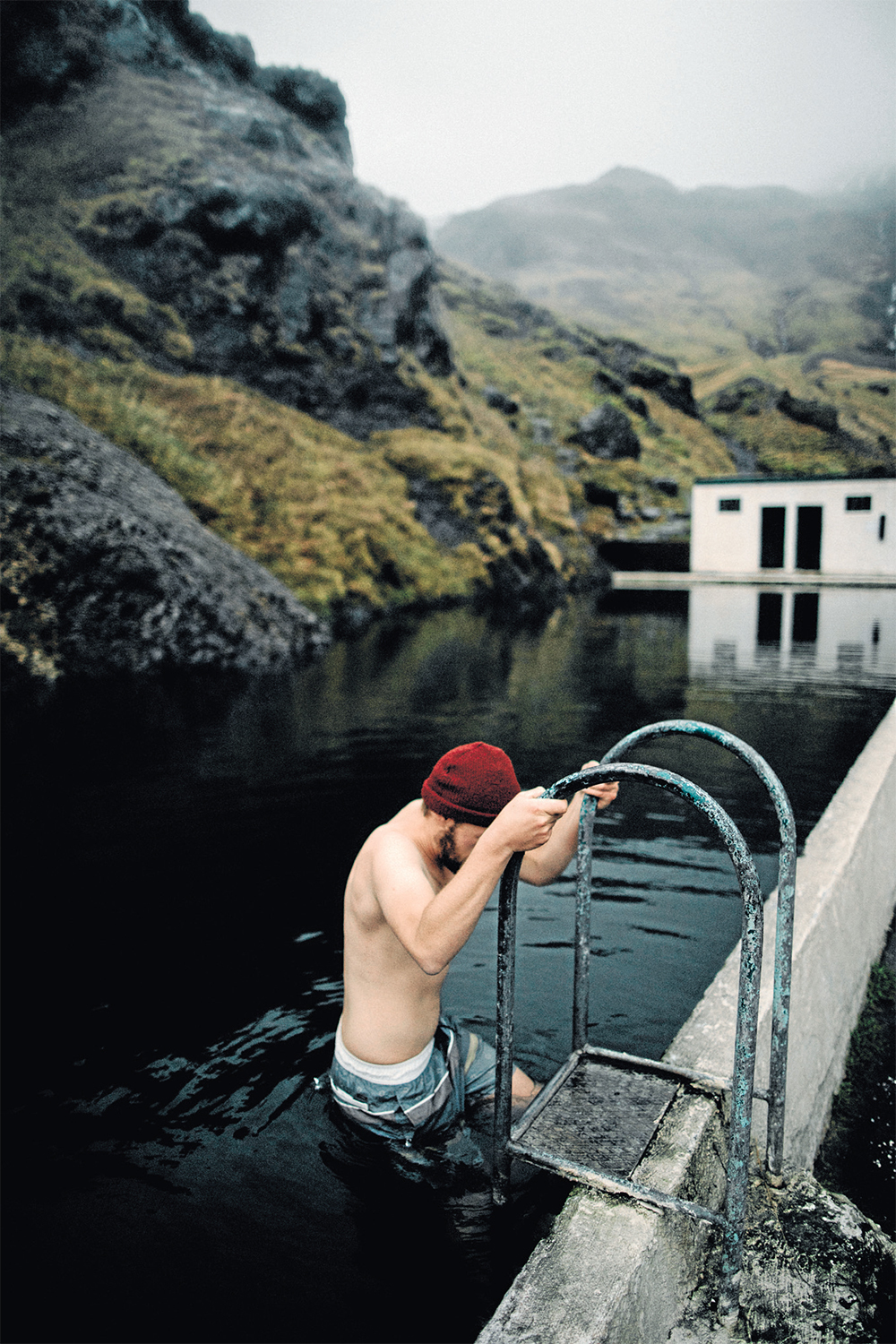 Want to be the envy of all that peruse your photo albums? Then it’s high time you booked a ticket to the ridiculously dramatic terrain of Iceland.
—

Recently returned Gippslandian explorer, Andrew Northover, had the following say about the Nordic nation, as we ogled his many breathtaking images, including the secretive swimming pool showcased above.

Water. In Iceland, there’s simply no direction you can face to escape its presence. With Arctic winds, a permanently setting sun, and temperatures too cold to sustain even the most basic of plant life, the mere concept of a secluded outdoor swimming hole feels as foreign as the tourists that flood its southern
landmarks.

That is until you introduce the concept to the unique volcanic activity that exists beneath the island’s surface. Funded and managed by members of the general public since the early 20th century, a hidden geothermal pool exists deep within the mountains of Seljavallalaug, where floating under the glow of Aurora Borealis isn’t just a dream, it’s the local pastime.