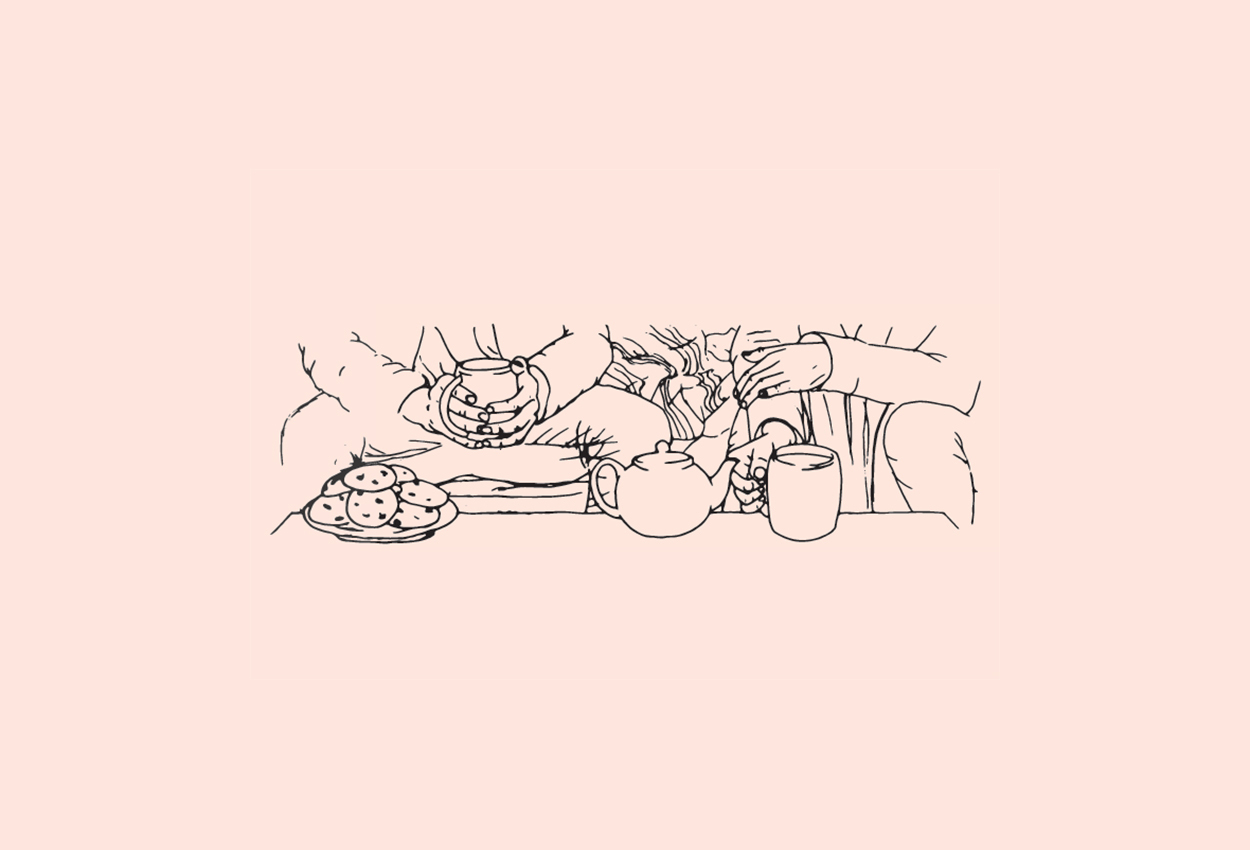 “You are right, regarding the colonialism... but then the art part is making a space where it can happen differently, no?”

At the start of the year, I decided to withdraw as an intern of FLOAT and curator of the Fin-Ish Exhibition at Lake Tyers House due to a conflict of personal ethics and the values of my own art and professional practice. On Friday, 26th of January, (of all days) I was informed that some Elders of the Bung Yarnda community were withdrawing from participation due to the settler violence at Lake Tyers House and the settler massacres of Aboriginal people that had occurred nearby.

I left the art project because I felt something was very wrong; a feeling that I didn’t have the words or knowledge to express. As a curator, you are responsible for every decision made in an exhibition: from the space you exhibit in, to how you fill that space, to who’s in it, what goes where and why. You have to relate those decisions to everyone who visits the exhibition. You really need to know your shit, as you’re accountable to artists, to the community and to yourself.

Feeling something is wrong and knowing why it’s wrong are two very different things. Not just in relation to that particular project but in life generally. I believe that my complacency until this point made me racist.

I’m 28 years old and up until now, I’ve never really understood why we, white settlers, treated Aboriginal people, in Gippsland and the rest of Australia, with such disregard, disrespect and cruelty. I went to a really white private school, learnt in classrooms, shopped on streets and drove past rivers named after settlers like Angus McMillan and William O’Dell Raymond. No one ever talked about the massacres, the long Gunai Kurnai history, they're having to fight for their lives, survival on Country, discussions regarding basic human rights or how the settlers legislation sought to displace and destroy Gunai Kurnai culture, health and education. This is what has created, and perpetuates, inequality today.

When people did raise these topics with me, I think that I wasn’t really listening. I’d inherited a couple of ‘get out of jail free’ cards that I’d use to dodge my uneasy feeling; including, “It happened before I was born”, “I’m not really sure what I can do to fix it”, “I don’t understand their culture. It’s not my place” and “There are lots of people doing it hard in the world”. When we say that our successes come from ‘hard work’, it’s not the truth. Many of our families began life in Australia on land that was ‘free’ or ‘cheap’ because it was stolen. Our hard work is protected by the government, while the land and the right to live freely as a citizen was never granted to Aboriginal people.

I never saw the Gunai Kurnai people of Gippsland for what they actually are—survivors and our most precious resource—and I’m not gonna lie, their culture is pretty badass!

As I walked away from my previous project, I walked into the open arms and hearts of Aboriginal Artist Ronald Edwards-Pepper and Aunty Doris Paton. They simply told me that it’s going to be okay, they would look after me and help me to understand my role in moving forward.

Over the next six months, and likely years to come, the next steps in my education will be to redefine how I can take responsibility for my ancestors’ actions and create a new, more honest future of our region—one that respects and protects Aboriginal rights through art. I felt ashamed, but that freed me to learn and I’m humbled to receive such incredible generosity of spirit and knowledge from my new educators.

The first thing I learnt about cross-culture collaboration was that First Nations people shouldn’t have to educate my white ass on their culture or Australian history. It’s traumatic and they still live it every day. There are plenty of resources available for white settlers to educate themselves and each other—including the one that we’re building through my new collaborative project.

I found the inspiration to learn and read about Gunai Kurnai culture through an art project, so I recommend that you use what you’re passionate about as a lens to learn. Also, find yourself a non-Aboriginal mentor that has worked in this space before. They need to be honest with you as you debrief. Leisa Shelton is our mentor, so we’re super lucky... well… not ‘lucky’, I totally stalked her to convince her to take the role.

I searched for the quickest way to understand my role in history. I asked Mum, “Where did we come from?”. She replied that my grandfather was a fourth-generation Port Albert fisherman. My Dad chimed in, his side of the family had been in Gippsland even longer and were huge farmers in Toora. I can’t tell you how awkward I felt the next time I saw Ronald. If I inherited their socio-economic standing, how can I right the wrongs committed?

Secondly, once this journey begins, there’s no going back. Real eyes realise real lies. When my eyes were opened to my whiteness, the way my skin assists my privilege in this strongly colonised country, I felt guilty, responsible and depressed, but mostly I still feel deep burning shame in my throat, heart and belly. When, or if, you too come to this realisation, I give you the same wisdom that was provided me by Shannon Woodcock, a genocide studies scholar. Shannon tracked me down after I left FLOAT to say, “No processing is possible. Just let it sit there. It will always be uncomfortable and that’s the space from which living honestly is possible”.

My third learning is that someone’s always watching your actions and that the actions of individuals do not reflect the whole. What Ronald and I are doing is interesting because I fear colonising, appropriating and profiting from Ronald’s talent and strong cultural identity, yet, it’s a beautiful feeling to work while respecting Ronald’s guidance and his respect for me. I can learn more about both our cultures as we take the next steps in our art careers and create new ways of helping more people understand. This is possible because Aunty Doris is circling us like a mother eagle. Her permission and her effort in showing me protocol have given me the space to make some stupid white people mistakes, but by listening to her and Ronald it will be a learning experience. We need to make a body of work that will add to the decades of Aboriginal people’s hard work that already exists. I am a student on this journey.

If you have the opportunity to collaborate in conversations with an Elder and have their blessing, then it’s an absolute honour. It doesn’t matter which industry that you’re in, you should be collaborating with our First Nations people, trusting them deeply and welcoming their advice, even when it contradicts your own desires for profit or hosting an event in a particular venue. It has been the hardest, and simultaneously easiest, adjustment to my work style and I can’t see myself going back. Take time to cherish every moment of deep wisdom you receive. Our destructive culture has been in Australia for 200 years, compared to the tens of thousands of years of diplomacy, knowledge and care for country in the Gunai Kurnai communities.

All my other art projects start with a phone call or a Facebook message and a tight game plan. Not with Aunty Doris and Ronald. Our planning and discussions occur over a cuppa. They’re great, honest conversations that teach me plenty and my whole self has to be present. If we face a hurdle, there’s no stress, we reschedule. It’s not about hitting deadlines or getting stuff done for the sake of it or just jumping to the next thing. They’re about doing it right, in the right way, so nothing that cannot be replaced is harmed.

I’ve learnt that silence speaks louder than words—so listen up.

Alway was and always will be Aboriginal land.

A trait of a good leader is constancy—in their behaviour, actions, words, expectations, messages and values. No matter what you buy, sell, build, bulldoze, plan, dig or plant you’re doing it on and to Aboriginal land that was stolen. Ronald and Aunty Doris come from this land, I came to this land, and even if it happened a long time ago it doesn’t mean I don’t profit from it every day. The fact that I can write this article publicly and not fear for my safety or losing my home (even that I have these basic items) is white privilege in action.

Finally, family and community come first. If an issue arises, you change the plan because you quickly realise that you have a whole community looking out for you as well.

WTF: Words That Find-us is a collaborative art project between Aboriginal artist Ronald Edwards-Pepper and me. Together we’re exploring and documenting how two contemporary artists negotiate their social identities within the context of culture. The works will form a cross-culture collaboration workshop series delivered across Gippsland in January 2019 and is a recipient of Regional Arts Victoria funding.