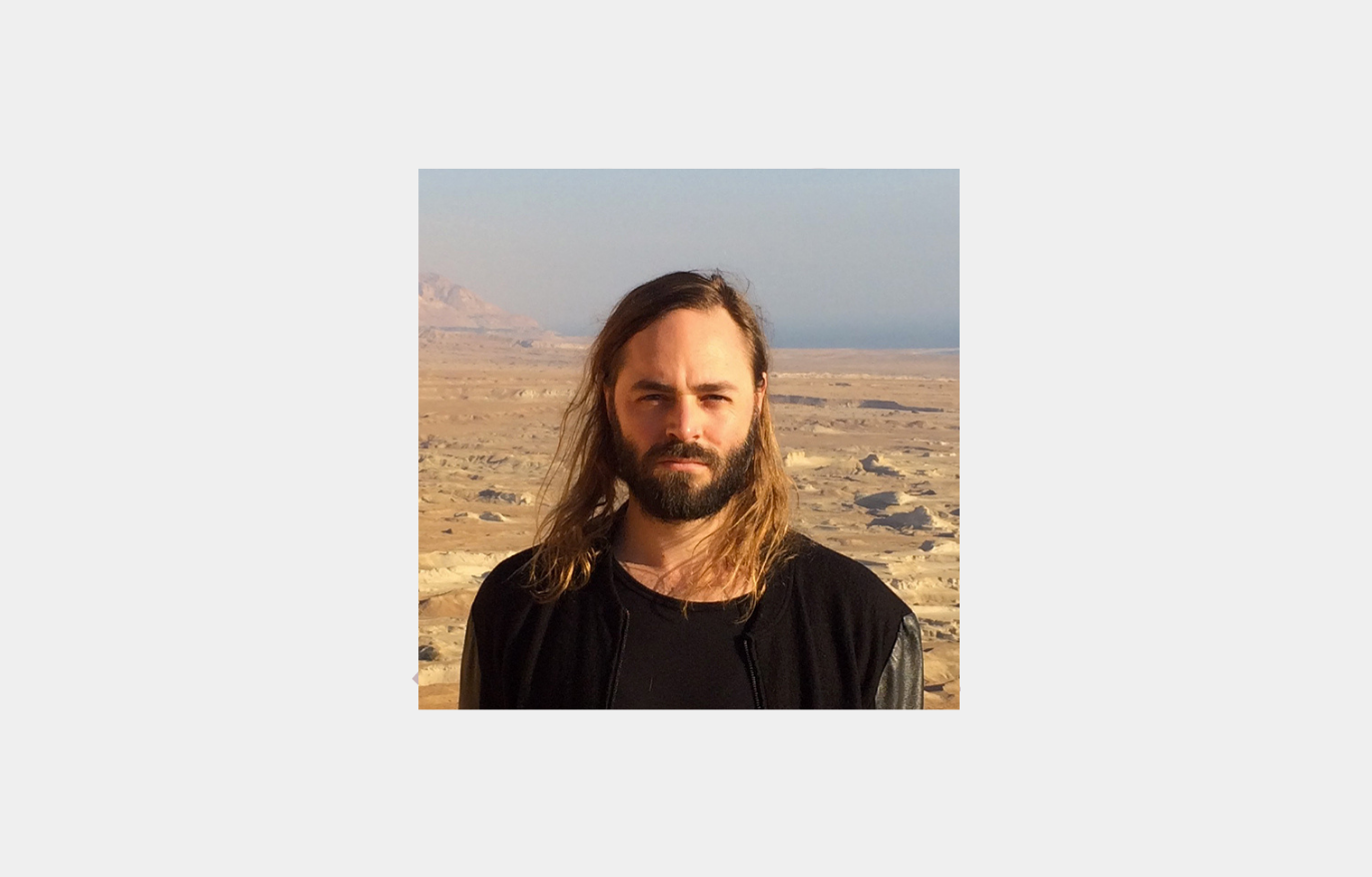 "It’s about breaking away from copying something because you like the way it sounds, and finding something more metaphorical..." - Daniel Rejmer.

“Now, I don’t go on tour so much, mostly because I don’t want to be away from the family. But it also takes its toll on you after a while: finishing shows at 12–1am, then up at 4–5am to get to the airport, straight into a soundcheck, then check into your hotel, sleep for a couple hours, do the show, and then repeat this for several weeks on end… it’s not the healthiest of lifestyles… it’s FUN, but not healthy!” says 41-year-old Daniel Rejmer from his base in Stockholm.

While Daniel’s work is quite diverse, he says it all involves audio engineering in some way.

Yes, as you may have gathered, he spent over a decade touring with various acts. But it is mostly with Melbourne-born, Iceland-based experimental musician Ben Frost that Daniel travelled, sharing that “we toured every place possible in the world together over the years”.

These days, Daniel works a lot with the theatre “both running shows and doing sound design. It’s a little more civilised lifestyle!”.

On the studio side of audio engineering, Daniel produces records for various artists: recording them, mixing the album and generally “getting into the thick of putting the album together”.

“Sometimes, I am only the engineer on a project. Recently, that seems to mostly be orchestral sessions for TV programs and films. The last few that I’ve done are for Dark on Netflix, and a brand new series called 1899.”

His interest in music started young, stoked by the environment around him, as Daniel explains, “Most of my parents’ friendship circle were involved in music. Mostly on an amateur level, but really into it.

“My father also had a massive and varied record collection and was always excited about some new record that he’d bought… and he loved to play keys in his spare time.”

While a youngster, it seemed natural for Daniel to become interested in playing guitar and there was plenty of support and people willing to teach him.

“I got more serious about it a bit later, but I was never a great guitarist. The problem with being surrounded by lots of talent is that there are a lot of people way better than you… I never gave up playing, but I also never pursued it seriously once I discovered ‘sound'!”

As a 14-to-15-year-old, Daniel says he “wasn’t having a great time,” but that somehow he became involved in the local community radio, which provided focus and really helped him.

“I ended up hosting my own show live on air once a week. I’d create the intro reels for my show by editing tape and making little overdubs. I was running everything myself. I can’t remember the circumstances that allowed me to even do that at 15, but looking back it was unwittingly the catalyst for everything!

“A couple of years later my brother, Ben, was into samplers and keyboards, and basically a bit of a music tech nerd (guess it’s in the family). And, when you’re the younger sibling, you steal the older sibling’s stuff and mess around with it.”

During this time, Daniel borrowed a four-track cassette recorder and “everything started to make sense”.

“...it was centred more around music making. [The cassette recorder] was like an instrument to me. An instrument that I was actually good at ‘playing’ (or maybe not yet, but I enjoyed the hell out of it).”

After completing high school, Daniel moved to Melbourne to study a sound production course at RMIT. Working with sound seemed natural to him – “the perfect marriage of my talents” – as it allowed him to combine the technical side of his brain with the musical knowledge he’d gained. Daniel was also doing the sound engineering for his brother Ben, and Daniel Calabro’s band too.

At RMIT, Daniel learnt the music software Pro Tools, which proved serendipitous:
“[It was an] accidental golden ticket, as most people were using Logic (software), but all the main recording studios were using Pro Tools. I wasn’t aware of this at the time, so when I walked into Richmond’s Sing Sing Studios, looking to be an assistant, the first thing they asked was, ‘Do you know Pro Tools?’. I was in!”

Once at Sing Sing, Daniel grafted hard, working over 80–90 hours per week.

“I had no real social life, but I loved it… In my mind, there was no better place to be in Australia. It’s here that I really started my career. It’s where I met most of my main contacts that helped me along the way, and some people (like Ben) that I still maintain great working relationships with to this day.”

Early during his time at Sing Sing, Daniel was involved in a session that’s still pretty hard to beat, recording Nick Cave and the Bad Seeds.

“Watching and hearing those guys quickly write down the chord progressions and basic arrangements. Then, out of thin air, they’d perform what seemed like magic. One or two takes and they were done. I’d never seen that before.”

Given the variety of Daniel’s work and the calibre of artists he’s played with, recorded or mixed for (including the Foals and a remix released by Björk), it’s fair to ask whether he prefers playing or time in the studio…

“My favourite moments are being able to collaborate with people, when the situation is open and all ideas are valid. I feel that in that situation, the whole is greater than the sum of its parts.”

“I had no real social life, but I loved it… In my mind, there was no better place to be in Australia.”

How does an artist that works with sound build up their influences and references?

“I’m usually looking for something I’ve never heard before. I’m interested in new sounds. A lot of people love to romanticise the sonics and styles of ‘the good old days’… Don’t get me wrong, I truly love all that stuff, Hendrix, Fleetwood Mac, The Beatles, Led Zeppelin, but it’s all been done, and it’s been done a thousand times better than I could ever do!

“So, my references are kind of ‘anti-references’. If I’ve heard it, then it’s unlikely I’m interested in doing it. I’m really into finding visual or textural references that can be translated, or mistranslated, into something useful. It’s about breaking away from copying something because you like the way it sounds, and finding something more metaphorical than literal.

“Right now I’m into the work of Richard Serra, who does these enormous steel sculptures. Seemingly ‘simple’ sculptures that are literally and emotionally heavy in their proper context. How can that translate into a sonic medium?!”

“Talk Talk’s last two albums from the late 80s/early 90s are timeless for me. Sonically, musically – untouchable! I probably listen to those two albums at least a couple times a week. Phill Brown recorded those albums… just amazing sounding records!

“As for new records, I can’t get past the last couple of albums from American band Low: Double Negative and Hey What. They’re pushing sonic boundaries you never even knew existed and, amazingly, through all their beautiful sonic destruction they still have their remarkable songwriting at the core.”

You’d be right in thinking that, in creating these lush soundscapes, Daniel must be using some technology that’s advanced beyond early Pro Tools and a four track. But, as he shares, his relationship with technology isn’t always a smooth one (but whose is?!).

“I feel like I’m constantly at odds with technology. In a way, that’s actually a part of it: disliking the way something works and then consciously exploiting that very fault and using it as a feature.

“You see that a lot with old technology; the thing that people hated about it when it was new is now romanticised and utilised for that very thing – it’s the reason filters on Instagram make your photo look like an old Polaroid picture. So, sometimes with new technologies, you need to ask yourself, ‘What’s the thing I hate that can be exploited and turned into a positive?’”

Returning to stories from his time touring, Daniel reveals that at a show with Ben in Bristol, he cranked up the bass so far that his eyeballs were vibrating and he couldn’t see the mixing desk.

“I think I have a severe bass addiction!”

Daniel also adds that he’s never really been starstruck, because his work is about putting your head down and doing the best job you can, regardless of the person you’re working with.

“You never know who is going to be successful in the years to come and if you put 110% in when they’re a ‘no one’, they’re going to remember it. It’s about the work, it’s only ever about the work!

“Having said that, I was pretty awestruck when I met Brian Eno, but after we had a discussion over the dinner table about animals that eat and subsequently poo out coffee beans that people then roast and drink, I realised I need not be so nervous.”

Looking forwards, Daniel is really excited about the score he’s recorded for 1899 and the few albums he’s been working on. He’s sounding notably proud of the new album from Swedish artist El Perro Del Mar.

Finally, before strolling back into the studio, Daniel shared some advice for other young Gippslandians seeking a career in audio engineering, or just music, generally.

“At the risk of sounding cheesy; Gippsland is full of insanely talented musicians and artists, so find your contemporaries, make allies, do something no one else can do, play to your strengths and find a way to turn all your weaknesses into strengths, celebrate your friends’ successes large and small and lift each other up!

“Don’t try to be part of some ‘scene’. Make your own scene. You don’t need anyone’s approval to create whatever the hell you want!”