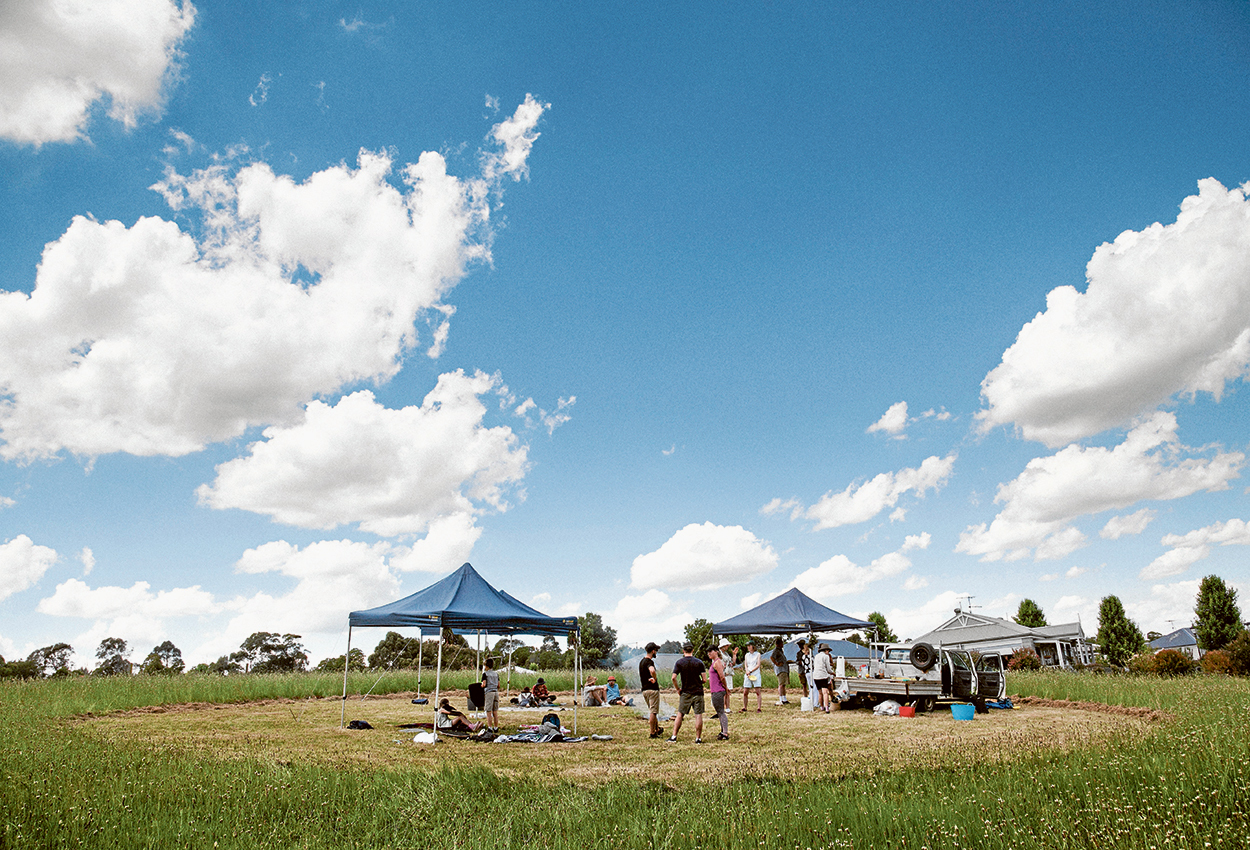 A sunny Sunday morning stroll isn’t ordinarily the scene to have your preconceptions on food production and farming substantially challenged. Especially given the degree of familiarity you carry when you’re walking through the town that nurtured your youth. But this, the first ‘Harvest Walk & Picnic’, a collaboration between The Circle Farm, Baw Baw Food Hub and Norway’s Food Studio, was far from your typical wander about Warragul. —

The Circle Farm’s creator, Matt Sykes, was both the central instigator of the educational walk and the link between all the diverse parties involved. He is also a sterling guide. From the outset, as he acknowledged the Gunaikurnai, the traditional custodians of the land, and revealed details on their fire farming techniques, you knew the day’s journey was in safe hands. The departure point was especially pertinent given the presence of Lionel Rose’s statue, a bantamweight boxer from nearby Jacksons Track, who became the first Indigenous Australian to win a world title and to be named Australian of the Year. The links between The Circle Farm and Baw Baw Food Hub can be drawn swiftly; both are based in Warragul, place importance on the ethics of food production and are exploring are interested in the forms farming may take in the future, especially in the urban, peri-urban-regional transitional zones that occur in Gippsland. Determining the motivation behind Food Studio’s involvement would surely not be as obvious. After all, Fårikål or Fiskesuppe haven’t appeared on many bistro menus ‘round here. As Matt explained, he’d been motivated by the Food Studio’s aim of, ‘wishing to change today’s food system to a more sustainable network in the near future’ (surely, the stunning visuals that accompany their work had some positive influence too). Getting in contact with Food Studio Founder, Cecilie Dawes initiated conversations and in 2015, Cecilie, her French friend Nina, and Matt enjoyed an incredible food tour of Tasmania. A shared interest in locally-sourced communal meals and more sustainable food systems had lead one of the world’s most forward-thinking food projects to Gippsland. Finding some cooling shade near the Warragul Bowling Club, our group of varied backgrounds coalesced over the seemingly simple concept of describing a powerful personal food memory. Heads nodded in agreement, smiles erupted across faces and uninhibited chuckles danced in the air as each recollection was recounted. Even without a single morsel consumed in the exchange, food had again brought people closer. In a stand of young eucalypts, Matt introduced Pat Dunne and his considerable efforts in re-vegetating his 300-acre farming property in Ripplebrook. Learning that by increasing vegetated areas you can increase yields, as well soil and water quality, is eye-opening. It also makes you appreciative of the tireless contributions groups such as Landcare have made, and has you imaging the benefits of a planned network of green corridors crisscrossing Gippsland. 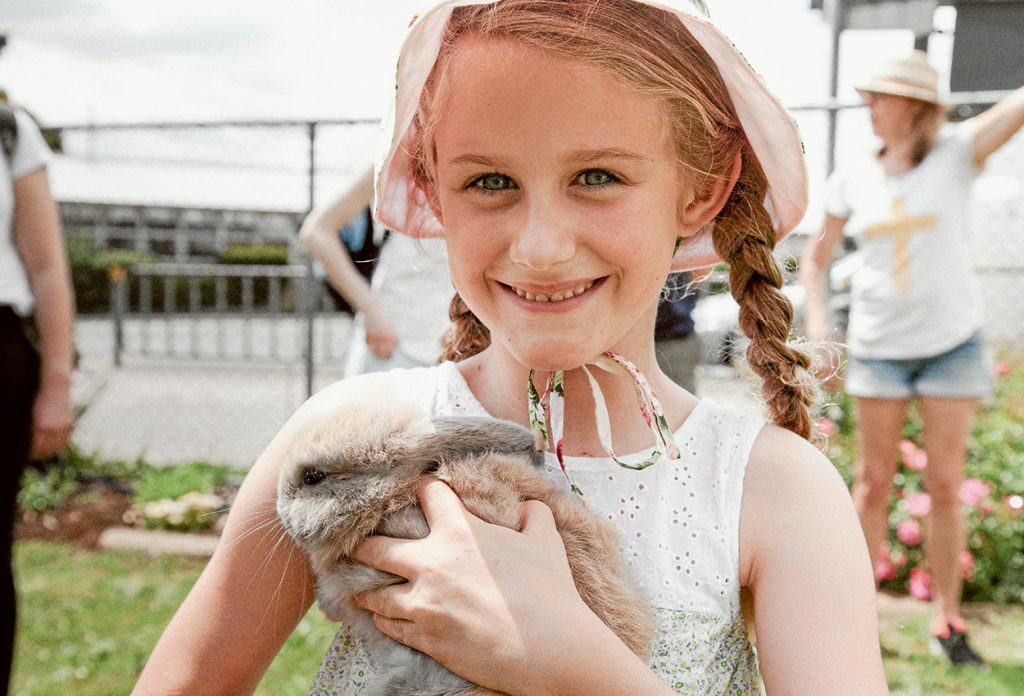 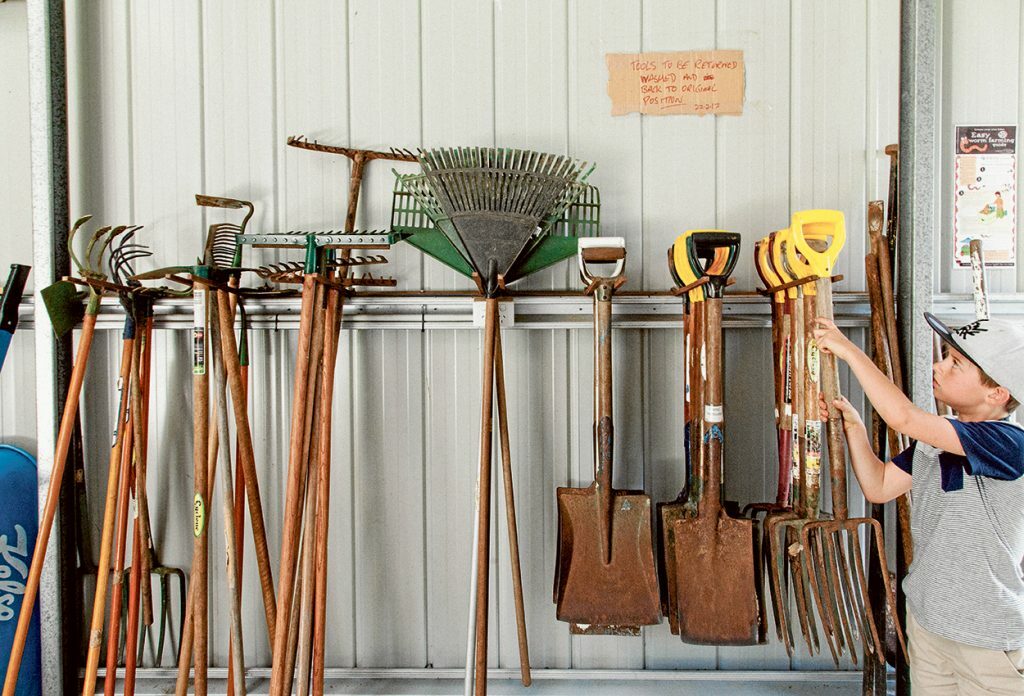 At the Warragul Regional College, Brett and Donna guide us through the multi-award-winning gardens the school has created. We sample flavoursome produce from the native garden bed and pick garlic, beans and herbs for our salad lunch – the reward for our walking. Brett describes the brilliant agricultural program the college supports, and then quickly wins the hearts of the younger members of our group by allowing them to cuddle a pair of small, fluffy rabbits. The key outcome from this stop is learning how successful the garden has become as a sanctuary for those students that may experience difficulties at school or at home, and how mutually beneficial it is in engaging students that frequently struggle in a traditional classroom environment. 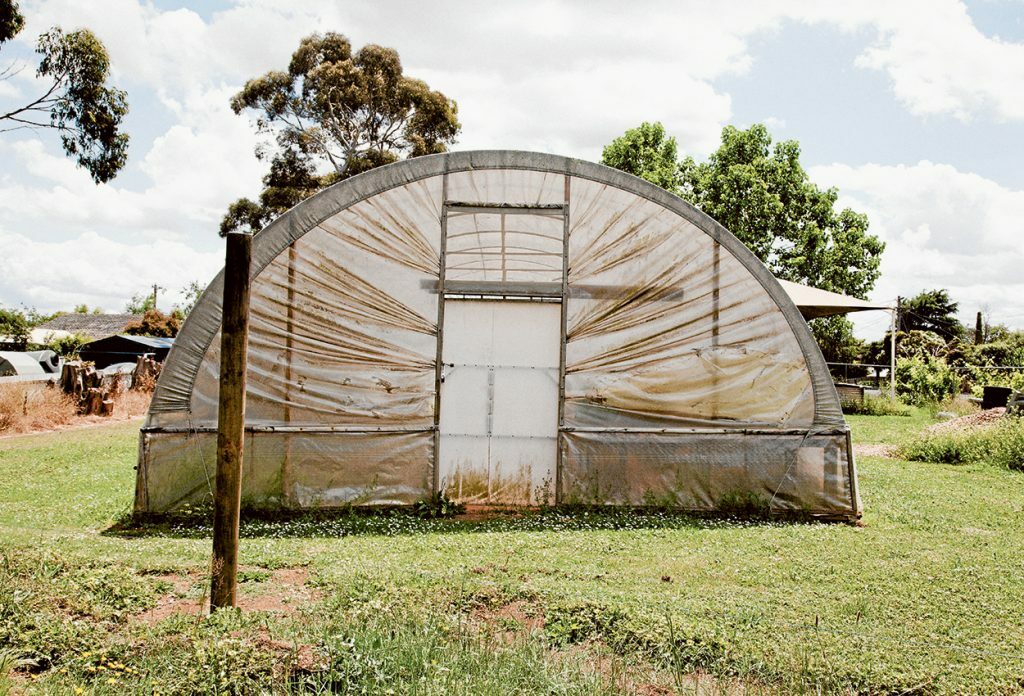 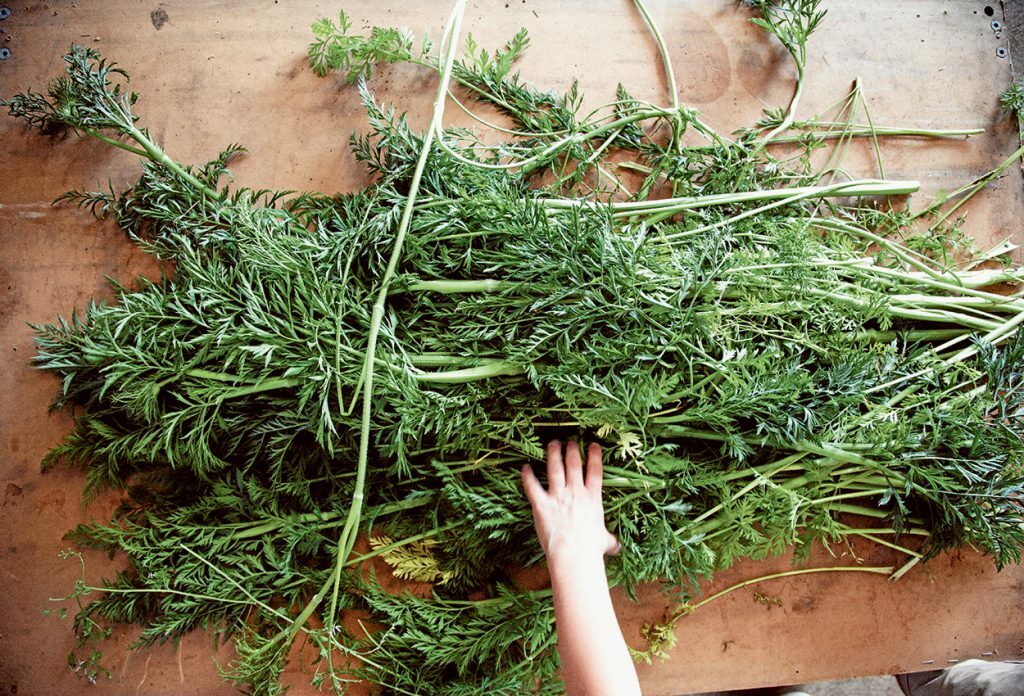 Descending the hill, we’re greeted by the jovial Lorraine and her comedic husband, George, at Lifestyle Warragul, a retirement community. The retirement village has a section of manicured garden beds placed at the perfect height for people with a little less flexibility than they once had. The beds are all brimming with appetising produce, and Lorraine informs us of the wonderful atmosphere the personal veggie patches stimulate among the residents – there’s even a waiting list to get your own plot there. 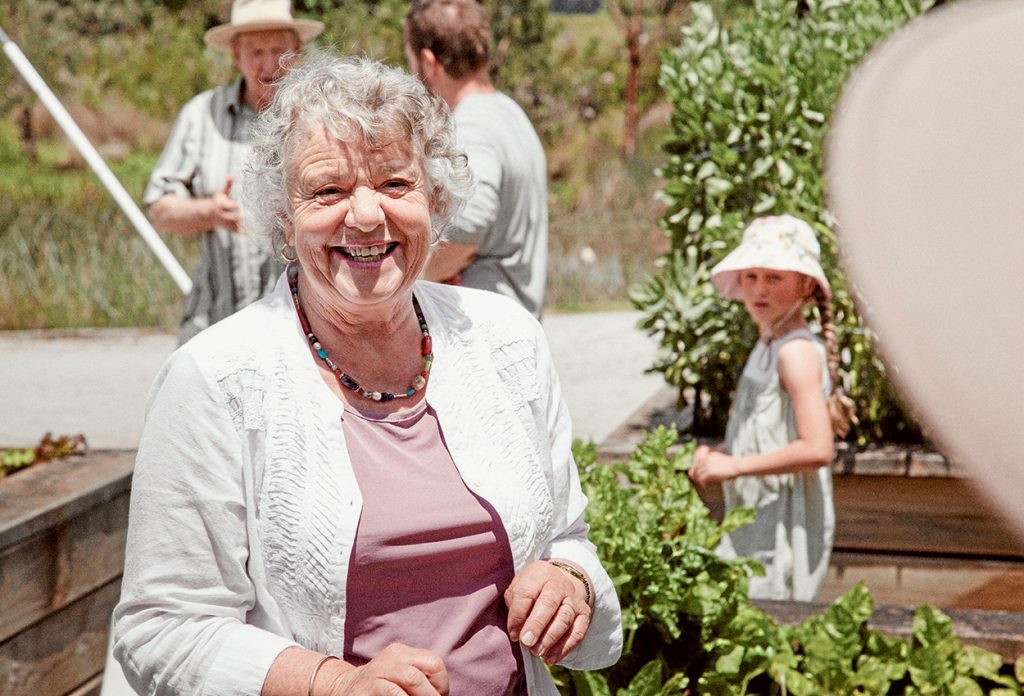 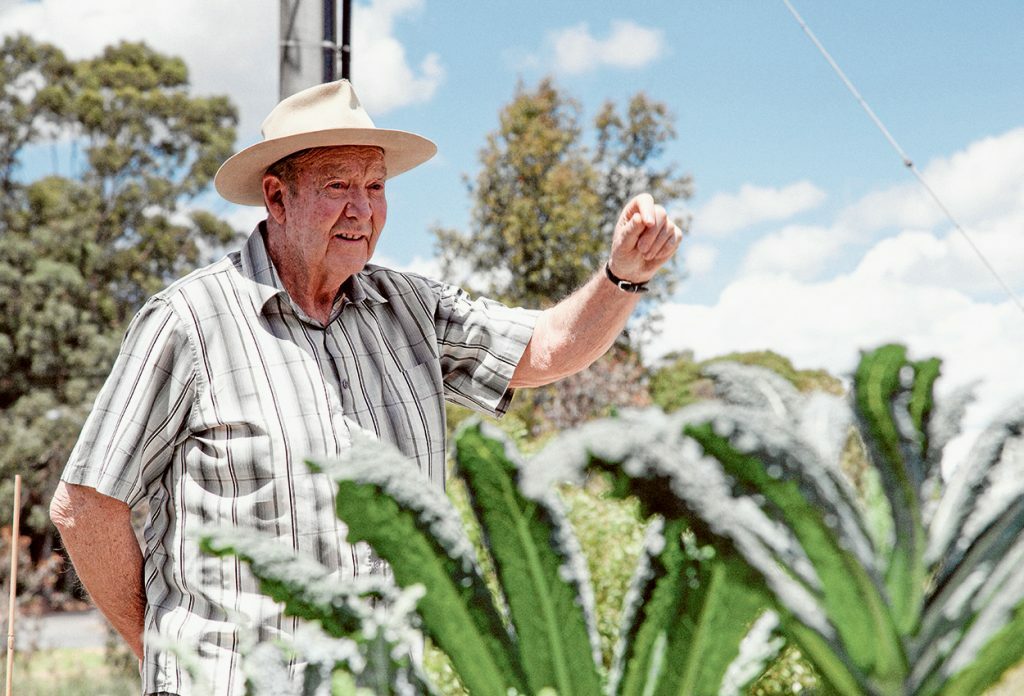 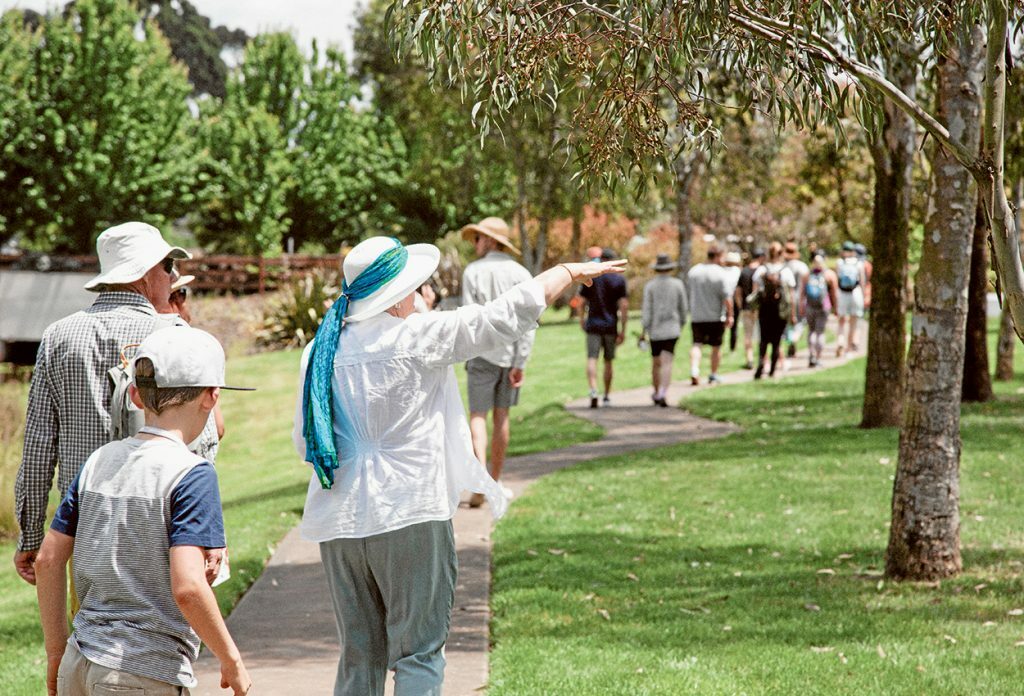 With hearty farewells (bellies that are beginning to rumble) we depart Lifestyle Warragul and head to our finale, The Circle Farm. 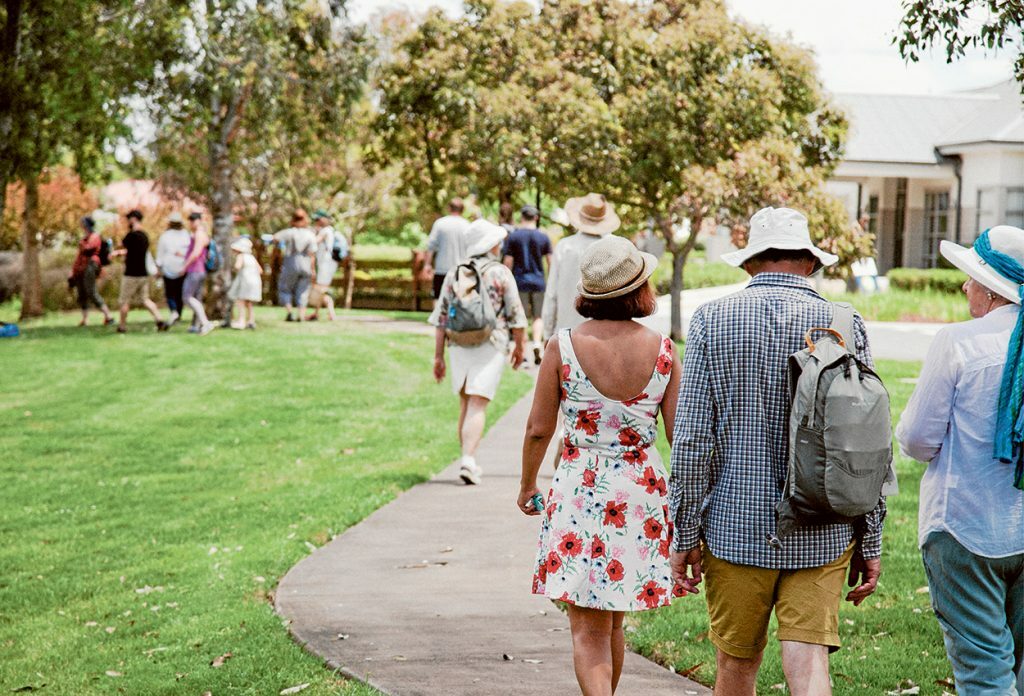 Upon arrival, Matt describes the farm as ‘a one-acre suburban block that’s dedicated to organic farming and productive uses of plants’. Then with minimal pomp, he tears back the piece of shielding newspaper to reveal the rad new signage for The Circle Farm. It’s a cool moment to witness, especially as the layout of the small farm begins to become apparent. 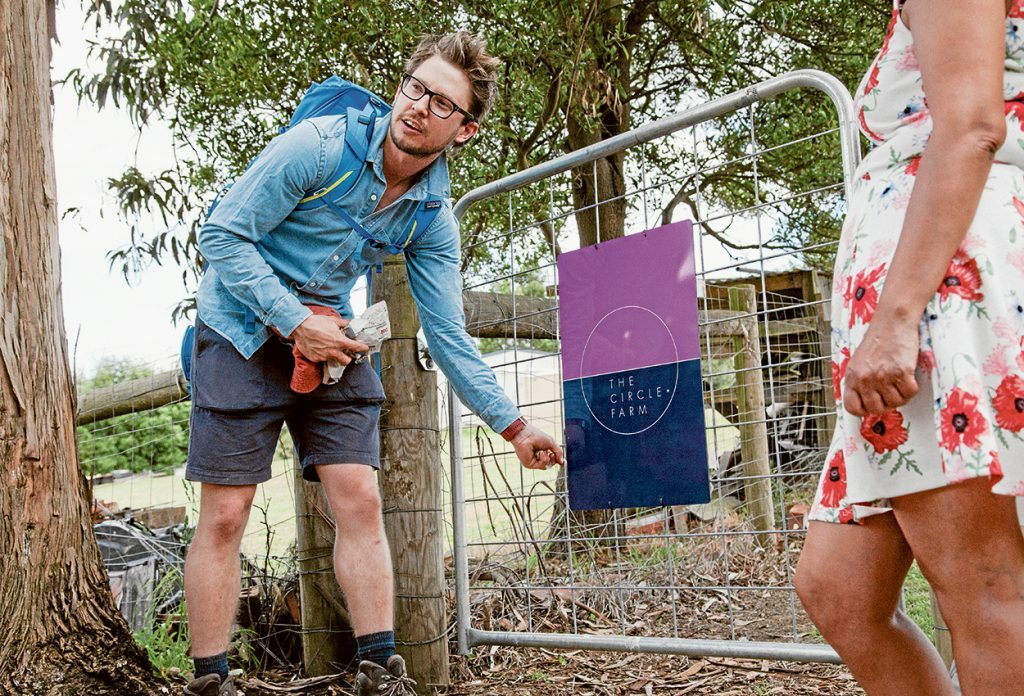 Each spring since 2010, Matt has undertaken new plantings on the property and some of the trees are establishing themselves. Already referring to Warragul as a suburb of Melbourne initially appears controversial, but the rapid spread of housing estates across West Gippsland’s green, rolling hills is plain to see. Heck, Matt’s block is bordered by homes on three sides, with a re-vegetated waterway on the fourth. 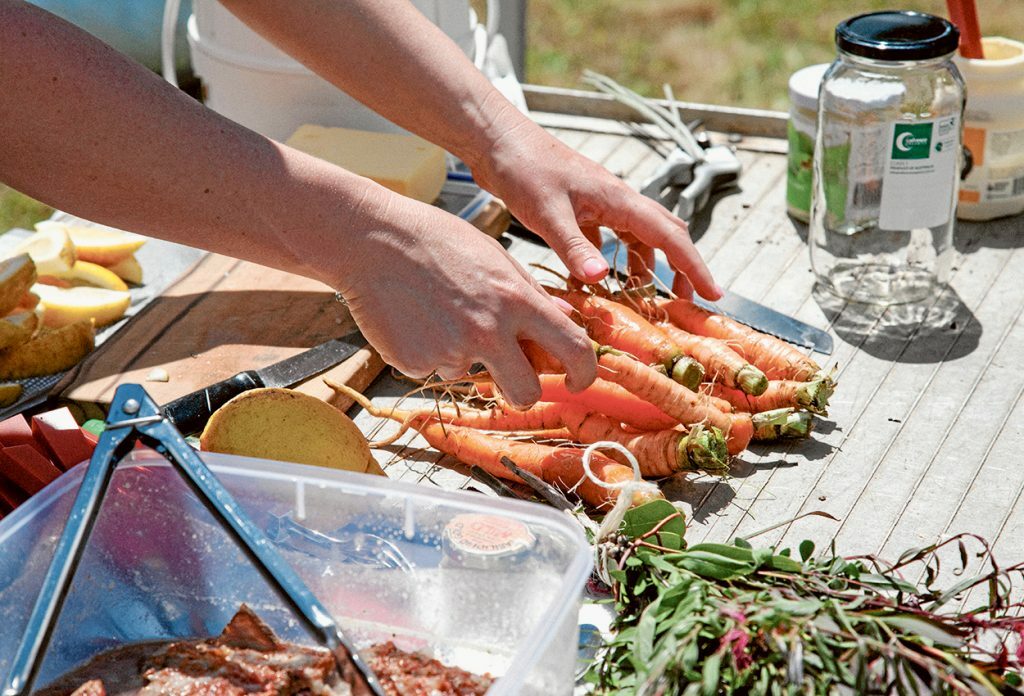 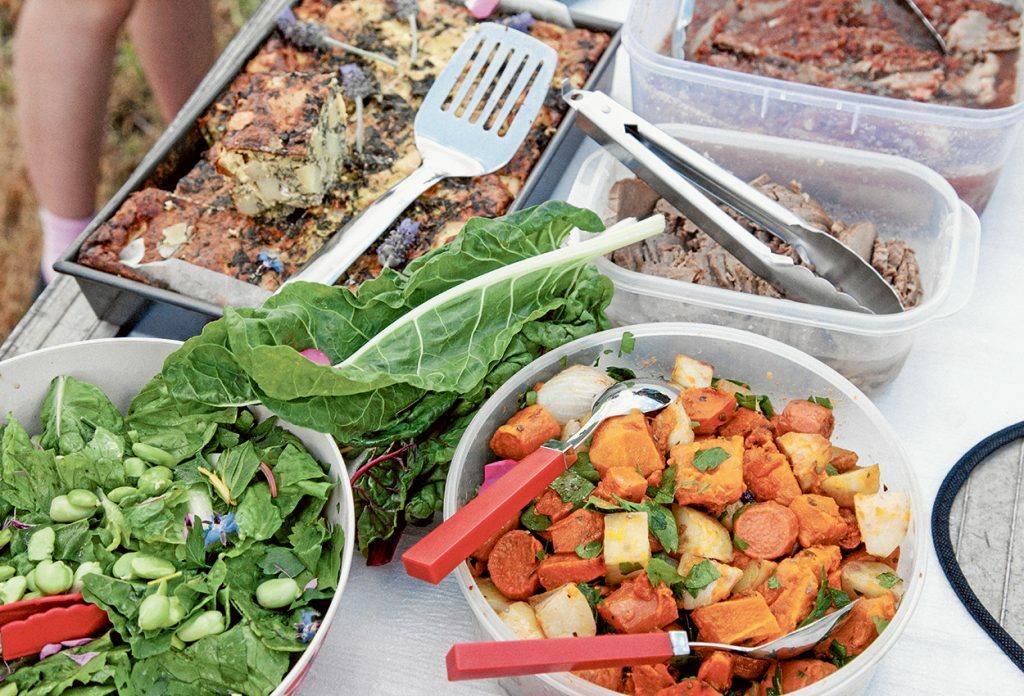 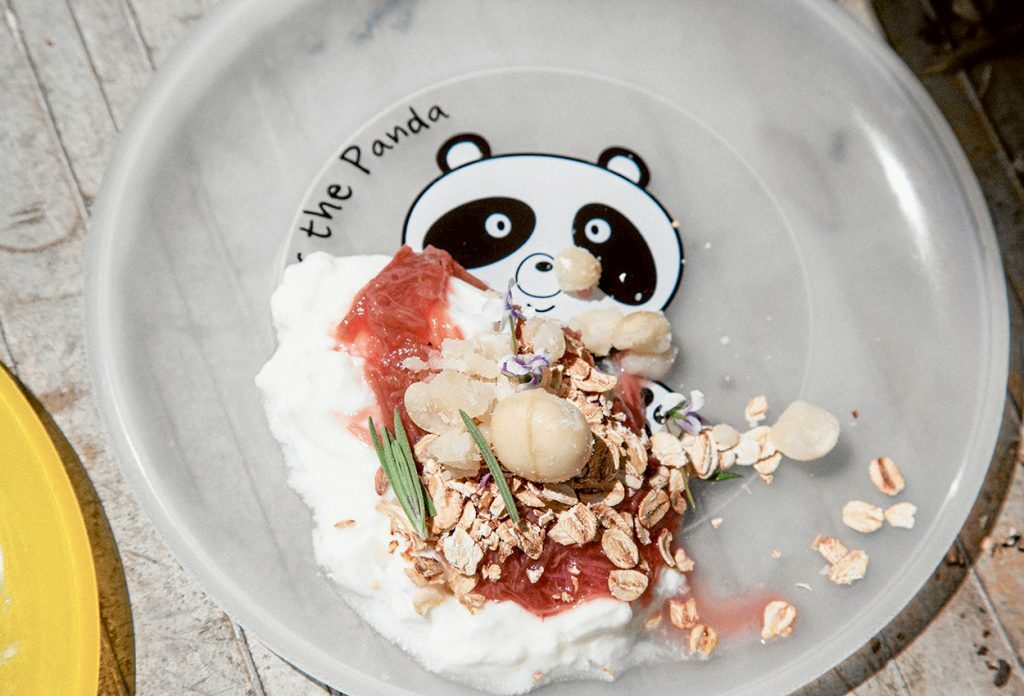 It’s these realisations that may be confronting to many locals – we’ve grown up comforted by the sight of farmland surrounding us. But who are the next generation of farmers? What will the new ways of farming look like? Can 100 small farms on housing blocks feed a community? Should we be insisting that housing subdivisions provide space for food cultivation? The programs at the Warragul Regional College demonstrate that the future generations still have green thumbs (they’ll certainly have to eat), and maybe the departing generation can guide them on their traditional subsistence solutions? 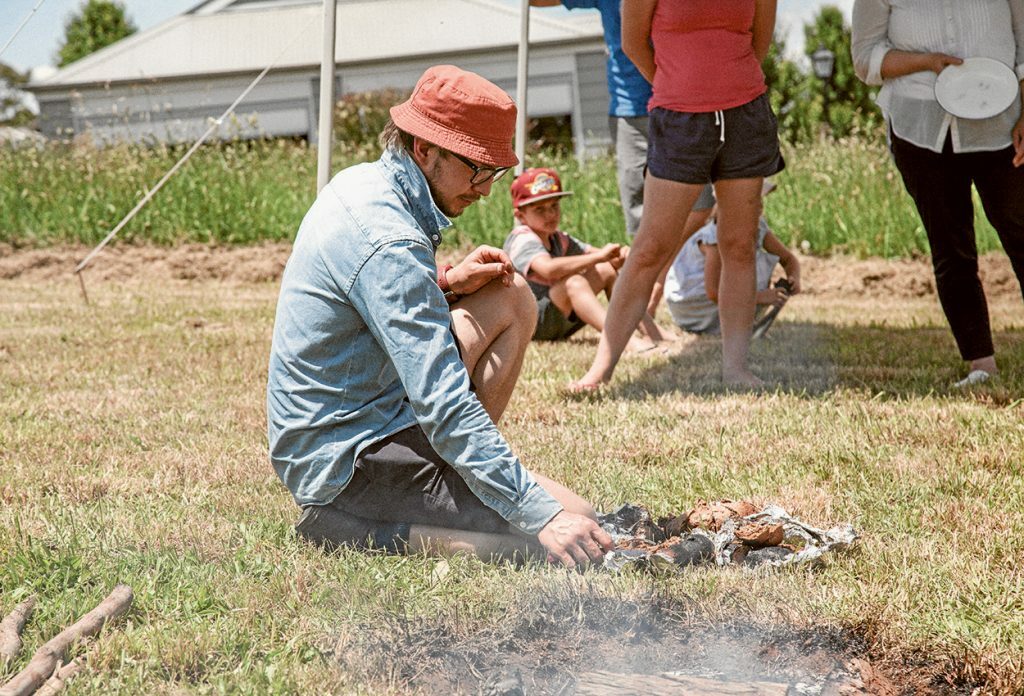 These are just some of the engaging questions the first Harvest Walk & Picnic by The Circle Farm, Baw Baw Food Hub and Food Studio provoked. We eagerly await their future endeavours! — An innovative and informative event such as this requires the efforts of many. Thank you to the Food Studio, Baw Baw Food Hub, the exceptional hosts at each location: Brett and Donna, and Lorraine and George, Dayna (@thedaily.mess) for the paleo snacks, Chris from Main Street Cafe for the Chai Boy chai, Three Ridges Farm for the biodynamic beef and Melanie from Mettle + Grace who created the delicious picnic recipes. 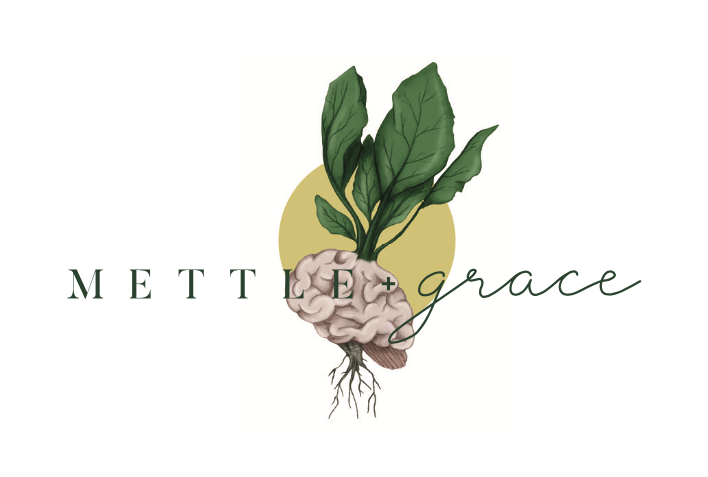