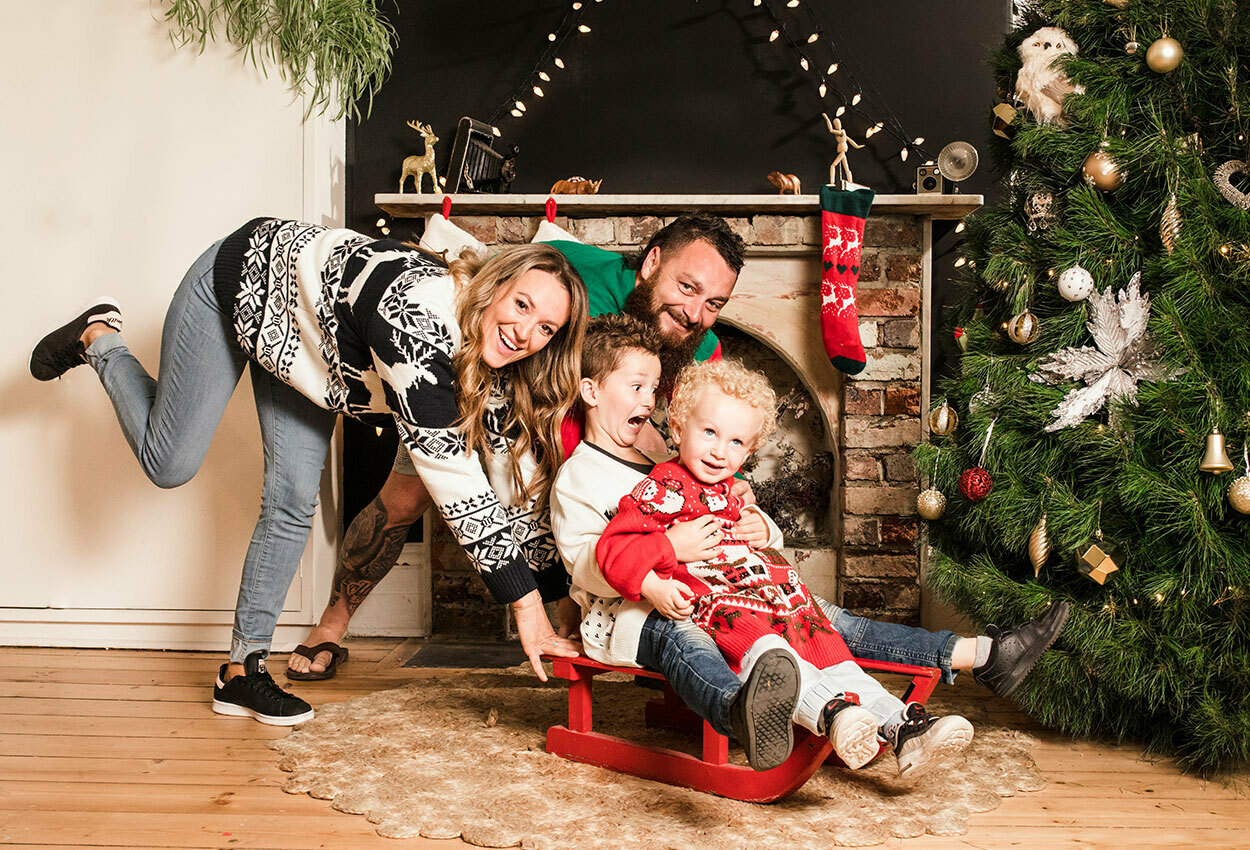 Like all good Christmas stories, this one begins in the waters of Scotland and involves dead seaman…

Like all good Christmas stories, this one begins in the waters of Scotland and involves dead seaman…
—

The distant relatives of today’s iconic, and ironic, Christmas sweaters were the Fair Isle woollen sweater, which originated on a small island of the same name near Scotland. Worn by fisherman, the Fair Isle sweater was knitted in a similar style to today’s shape, and would typically feature between two and five alternating colours. To buoy your Christmas spirits, each coastal town would knit specific geometric shapes into their jumpers to assist with identifying the bodies of fishermen who had been lost overboard.

If woollen sweaters were suitable for the freezing conditions of northern Scotland, then they were good enough for the icy climes of Norway and Iceland too, especially when you’re tearing down the ski slopes.

The Mariusgenser (Norway) and Lopapeysa (Iceland) were sweaters that incorporated jazzy geometric patterns in multiple colours of wool, and in the 1950s, as Hollywood stars like Ingrid Bergman, Clark Gable and Gary Cooper embraced exotic vacations in the mountains, they brought these European styles to North America, transforming the comfy sweater into a surprisingly chic fashion choice.

This coincided with the mass commercialisation of Christmas, which took off thanks to the post-War economic boom. No longer were kids getting a piece of fruit in their stockings, but toys instead! More relaxed knitwear was replacing suiting as the Christmas attire of choice, and this led to the ‘Jingle Bell Sweaters’, which featured discreet Christmas-themed decorations.

Welcome to the first Christmas sweaters.

As we know, fashion is cyclical, and in the 1980s several TV comedy characters began wearing vibrant knitted jumpers, and bold, heavily patterned knitwear was used by designers to inject the energy of the decade into their creations. It’s rumoured that there was a lot of ‘snow’ about the catwalks of the 80s too, but it was less suited for skiing.

Boom! Bridget Jones’s Diary is released in 2001 and Mark Darcy is rocking his giant Rudolph knit. Love Actually hits cinemas in 2003, and Christmas sweaters begin to get on a bit of a roll again. They’re still largely seen as a laugh, an ironic Christmas gift to trigger a few giggles, but then in 2011 online retailer Amazon reported an increase in Christmas jumper sales of 600%. Another increase was seen in 2012, as newspapers and magazines called them ‘the season’s must-have’. Even the metal band Slayer has released a Christmas sweater.

The Chrissy jumper is popular again.

Famous designer labels like Burberry, Givenchy and Dolce & Gabbana have created ranges of Christmas jumpers. Famous photographers, like Warragul’s Lauren Murphy, love capturing local Gippslandian families in some classic Christmas sweaters too. And, when combined with quality posing, they bring an extra dash of festive cheer to us all!