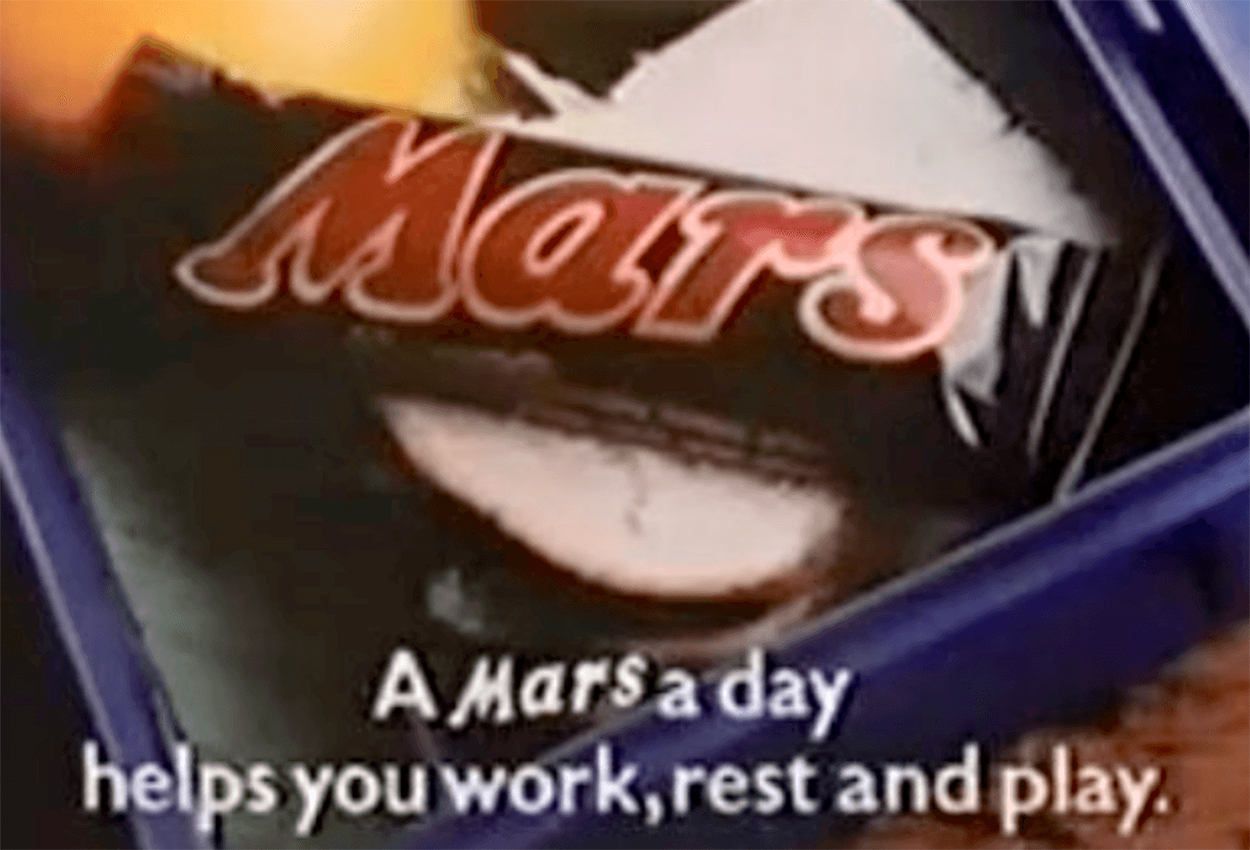 We hope to inspire other young Gippsland locals to chase ‘play’ so, hopefully, the ‘rest’ will look after itself.

A wise piece of chocolate once told me that, “A Mars a day helps me work, rest and play”. Whilst I choose not to indulge in that particular sugary treat on a daily basis, I do appreciate the sentiment they’re spruiking, by holding a profound appreciation for the eternal challenge of achieving a healthy balance of work, rest and play. Modern life meets the wisdom of chocolate… Oh, and I married a girl whose nickname is ‘Mars’. Coincidence?

As we meander about the topic of ‘entertainment’ in this issue I want to explore the idea of ‘play’. Joy follows play and is thus entertainment. One thing I think we all share is the constant search for joy in our lives. Sure we need to work and with work comes rest, but don’t more of us want our work to be more playful, thus more joyful? Does more joyful work then make it more fulfilling? C’mon chocolate, gimme answers!

Adults will often fondly recall their teenage years when comparing the free-willed nature of that special time to the rote and routine of adult life. Adultism is something we all have to bear, eventually. Perhaps now is the time for a dreamy interlude. Let’s head back twenty years... Insert the flashback sound effects and wonky vision filter here…

“It's hard to fathom, but this was a time when mobile phones were largely confined to ’yuppies’ and 56kB data transfers online seemed decent.”

In 1998 I was a pimply young teenager wielding an electric guitar and a self-built skateboard. I was a young musician with a fascination not just with loud and aggressive teen boy music, but also the associated album covers, music videos, tour posters, fashion and films of the day. Life was largely a pursuit of entertainment, the more mischievous the better.

Sounds like pretty much every teenager, right? Don’t worry, I know I wasn’t anything special. I, like many other kids that age (yourself probably included), had my fair share of idiot teen moments. Now, with the benefit of around 20-years of perspective, it’s amazing for me to reflect on how formative that chase for entertainment actually was for my eventual career. Its effects have played a role in bringing this very magazine to your hands.

During my youth, it was hard for a 16-year-old to be friends with someone who lived 80 kilometres away. Ten years before Facebook, and another five or so before Spotify, trying to share, discuss and comment on music, cover designs and photos with distant friends was a slow, analogue affair. You actually had to be in the same room.

For myself (from Morwell) and my friend Steve Mackay (from Inverloch), it involved one of our parents driving us for an hour back and forth across the hills of Gippsland in a car loaded with guitars and CDs. We’d spend hours inserting discs into bulky hi-fi systems and scrubbing through to the good bits. We lacked the ability to share massive volumes of music and video at the click of a mouse with the ease we do now. But we gained a face-to-face connection, camaraderie and a contagious drive to consistently impress each other with our latest song, album design or fledgeling website.

Our mutual interest in music was fuelled by the development of this new ‘Internet’ thing and was an early outlet for our passion for entertainment and pop-culture, which would later define both our careers. Describing this single friendship serves as a metaphor for countless others across our region.

It’s hard to fathom, but this was a time when mobile phones were largely confined to ’yuppies’ and 56k data transfers online seemed decent. I recall a hot new technology called ‘MP3’ hitting the streets, right about the same time that the kid that owned the first CD burner was amongst the most influential kids in school. This exciting new tech-led world of entertainment was driving social status well before social networking was even a ‘thing’.

I owe a lot to my brother and his friends for getting me into design. His own ridiculous, pimply teenager band, Jocks Full of Jelly, produced a CD that featured a label designed by a good friend, Craig Brown. Band posters designed on our own Compaq Presario home computer became the seeds of my career in design. Craig now runs a studio in Bendigo called Arteria and has established his own skateboard company, Lambrohini. What may have been seen by our parents as distracting teenage hobbies have now become adult careers, generating real revenue. employing legitimate staff and adding diversity to local economies, Entertainment, enriching lives, creating opportunities —a.k.a. work, rest, play—without the sugar.

In 2003, as I was interning as a design student at a leading studio in Melbourne, I took a call from my mate Steve; he’d not long returned from months of world travel as the lead guitarist with Delta Goodrem. Since then, his own band Twelve Foot Ninja have performed dozens of shows overseas with influential alternative bands like Periphery, Disturbed and Sevendust. They’ve recruited another Gippslander, Rohan Hayes on guitar, and together their conceptual band is completely based on a Japanese anime story about a justice-wielding 3.6m tall ninja. Their lyrics follow the trials of the protagonist and the broader story is being written into a series of animations to be pitched to anime directors in Hollywood. Beyond all the existing merch and gear they produce, they’re just a perfect example of how all those crazy dreams we (and probably you) had joked about as teenage kids listening to music. These are now outlets people can actually do as a very entertaining career. It’s empowering.

There was a period when my own bands were performing paid gigs (playing original music, not covers) to underage audiences almost every two weeks right across Gippsland. The original music scene during that time was absolutely huge and I vividly recall kids as young as 14–15 being entrepreneurial enough to hire a venue, book bands, hire sound engineers, organise catering, security and sell enough tickets to the point of being able to generate a profit.

The biggest of these gigs was an annual event run by my brother, called Undiefest (recall Jocks Full of Jelly above?). Undiefest saw about 40 young, local bands play across three stages with pro-skate demos, lots of giveaways and was attended by close to 2000 paying (relatively well-behaved) local teenage kids.

What an incredible training ground! The relationships formed were the equivalent of business networking. Many of the connections and associates we call upon when compiling Gippslandia draw upon friendships I established during that period.

At the time, I personally seriously struggled with the legitimacy of creativity as a career worth pursuing, whether that be in music, art, photography, design or writing. Perhaps now to prove my former self wrong, I’m hell-bent on showing other young sprouts around Gippsland that a creative, fun, joyful and entertaining career is indeed worth chasing.

And so the flashback sound effects return us to the present and our exploration of the theme, ‘work, rest and play’…

Twenty years later with burgeoning internet speeds and social networks stitching relationships across far-reaching locations, we’re now in a period where we can begin to blur the lines between work, rest and play. I never would’ve believed that I could do all these great fun things, like design logos, album covers, make videos, illustrate, occasionally write music and ultimately publish a magazine, as a career here in Gippsland.

My good friend, previous Gippslandia contributor and regarded futurist, Steve Sammartino, often writes about how the jobs we’re doing now didn’t exist twenty years ago. Think about it. Terms like UX or UI weren’t used in the late 90s. And social media strategists? Digital darkrooms? Drone operators? The toys, gizmos, plugins and programs we tore apart for pure fun as teenagers in the late 90s, when we should have been studying ‘real’ STEM subjects, ended up becoming viable careers. I recall losing hours on a piece of chat software called ICQ instead of doing my maths homework. Now, someone gets paid to fulfil exactly that role (chat incessantly online) as a ‘Digital Engagement Officer’. Go figure.

I owe a lot to my chocolate bar-inspired teen pursuit of entertainment for what I do now. Through my studio, The View From Here, and this magazine, Gippslandia, we hope to inspire plenty of other young Gippsland locals to chase ‘play’ and we challenge them to find viable ways to then bring that into their ‘work’. Do much more of this and hopefully, the ‘rest’ will look after itself.