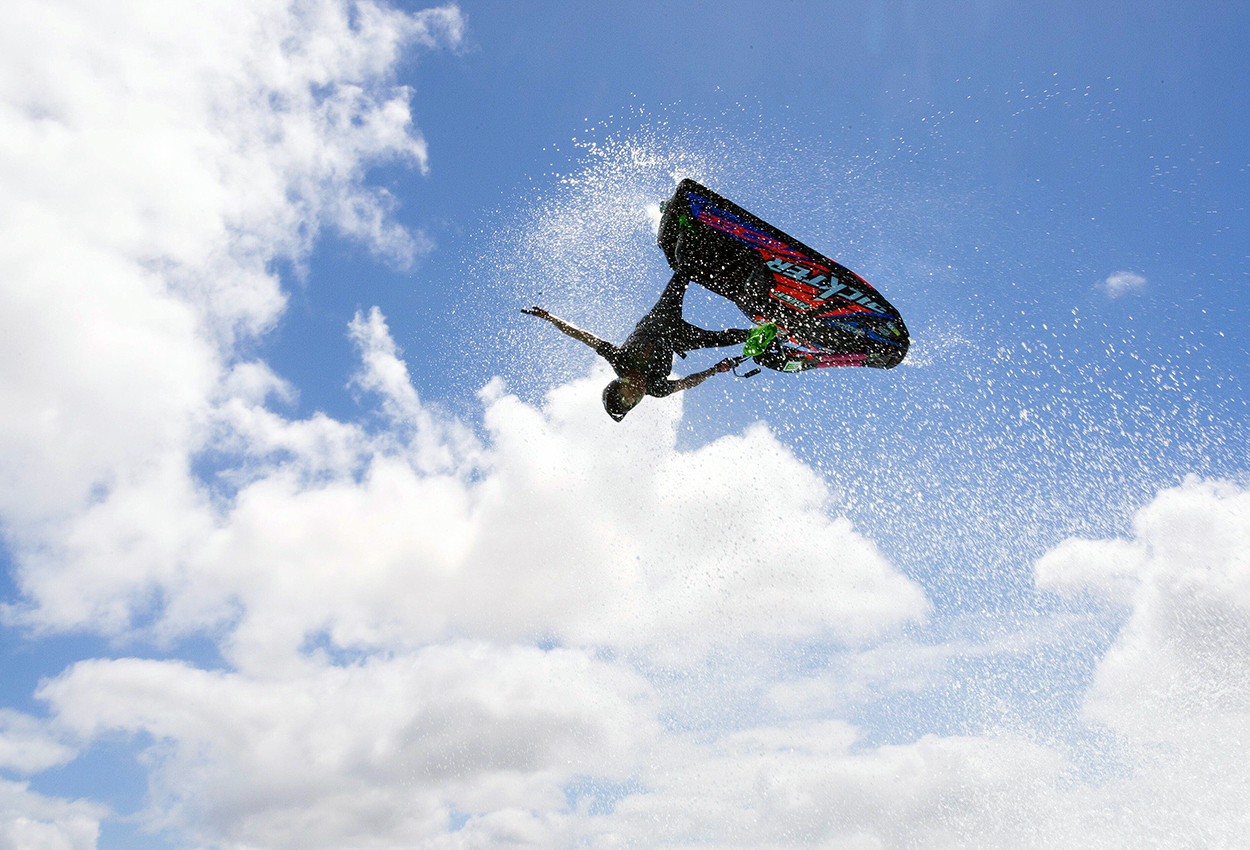 Be amazed by these supersized boosts by local freestyle jet skier, Joel Barry - they're outta control!

They claim it is a “circus is without elephants, but the action is sure to be just as big”, but how much do you know about freestyle motocross and the Nitro Circus? In the world of motorsport, especially the two-wheel variety, they’re massive!

What about the Jet Ski Freeride World Championship Tour? The airs the riders launch are just as spectacular, except the media coverage is only a fraction of the size. It’s time to change that — meet Gippsland’s own jet ski star, Joel Barry. —

In 2018, this Traralgon lad, who now resides in Inverloch, came third in the International Freeride Watercraft Association (IFWA) World Tour. While third is a great and commendable effort, Joel missed the opening round (of the five-round World Tour) that was held in Portugal due to work commitments, most likely robbing him of a world title. It’s easy to imagine that competing at the top tier of a global extreme sport, or any sport for that matter, would provide you with some fame and riches, but for Joel this just isn’t the case. “I leave for work at 4am every morning and return home at 7pm. Then with any energy I have left over on the weekends I get out for a ski. It’s a really expensive sport to be involved in and brutal on your body, so if it was about money, you wouldn’t do it, it’s a passion for me”. Joel’s father, David, first got him into the sport when Joel was 12. With the restrictive licenses for that age group it wasn’t all that fun, but soon enough his passion took over and Joel was embarking on regular practice sessions with his Dad and brother, Daniel, at the Hazelwood Pondage. The practice paid dividends, leading to a second place in the Junior World Titles in 2007 and tenth in the Men’s World Pro Ski Titles in 2014 for Joel. “Jet ski racing is a lot like motocross. It’s flat out, first across the finish line wins. To commit to racing, especially the Pro Ski division, you’ve got to put the hours in at training and in the gym to be fit and strong enough. It’s hard to balance that with working and I’ve naturally found my passion and talents are more in the freeride competition”, explains Joel. 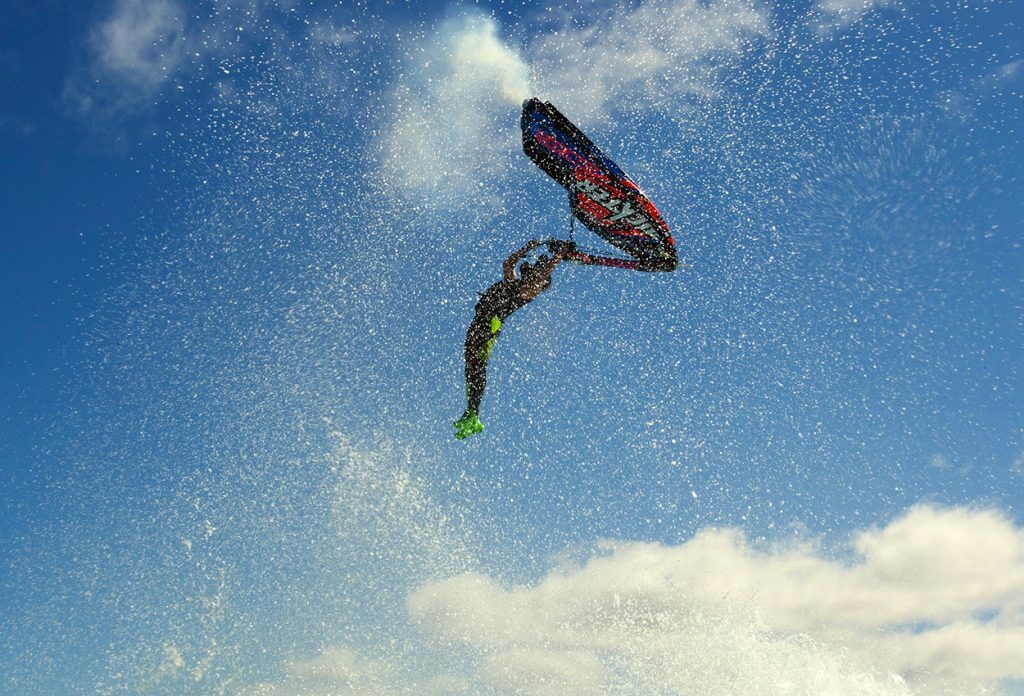 Freeride events are typically run over three days. The riders compete in six-minute heats where they’re judged equally for their tricks and their surf riding technique. When it comes to tricks, the Superman Barrel Roll or the Ruler Flip usually score well for Joel. He is the only person in the world consistently pulling off the Superman Barrel Roll. While he might not have the time to train as heavily for Pro Ski, and with freeriding becoming his speciality, Joel still has what it takes to race with the upper echelons. In both 2016 and 2017, Joel received last-minute invitations to the Australian Titles in Queensland and won both years in a row. Learning about Joel’s more ‘normal’ work, he generally takes on planned shutdown maintenance work for different facilities, mainly for different power stations, and higher paying, short-term roles, as well as running his own business, Everlast Specialist Welding, so that he can continue to follow his passion. When success comes with his riding, as it did in 2018, when he won the last two World Tour events and finished third overall for the World Title, Joel claims almost enough prize money to cover his expenses. In jet skiing, Joel idolises Mark Gomez, a three-time World Champion that puts a lot of time and energy back into building the sport’s profile. “Mark, like everyone on the Tour is just a great guy. I often borrow his practice skis for events to save shipping mine around the world. What Mark has done for the sport, in terms of building sponsors, is helping to professionalise the sport”. Joel has worked hard over the past few years to build his own sponsorship base, but in an ideal world, if he was able to focus on jet skiing full-time, he’d be a World Champion in multiple formats. Sadly for this trickster, by the time freeride jet skiing becomes a big time sport, he’ll likely be finished. “You don’t have a lot of years in the sport. I’ve popped my shoulder out 16–17 times, and have had it reconstructed. The force you put through your legs and joints when you land from up to six metres in the air is massive. If I can go for another four or five years I’d be happy”. So what’s it like to be on a World Tour? “The best part is just being around everyone. It’s a different sport; although we’re competitors, we’re all really close mates. That’s what makes it special. Every event brings something different”. This year, Joel will take Abbey, his good luck charm, and partner, with him on tour – celebrated a podium finish each event she attended in 2018. The 2019 season kicks off in Portugal in April, then off to France, Mexico and then America in September. In taking inspiration from Mark Gomez, Joel would love to create his own World Tour Event. “Everyone on Tour loves Australia, and we’re known for our beaches. If we ran an event down here we’d get the support from IFWA, all the leading guys, plus a heap from the Australian freeride community. I’d expect between 80–100 entrants, if we ran something”. When asked about what would be the perfect location, Joel replied, “Inverloch Main Beach is really perfect for this type of event, or Cape Woolamai”. When he’s expecting another four to five years in his career, it would be remiss of us Gippslandians to not rally the cause and bring the World Tour to our patch Down Under. From a cost perspective, Joel believes, “You’ve got insurance and permits, etc. Otherwise, you need a bit of prize money, and we’ve already got the talent in the region to run such an event, as we’ve done so with motocross”. Sadly, when you’re working the kind of hours Joel is and spending any free time you’ve got training, consulting with local government about a potential event is pretty low on the priority list. Enter Gippslandia, after chatting with Joel, we can’t see any reason why such an event couldn’t happen in our region, especially if we focus the collective ‘can-do attitude’ we are renowned for. If we can find enough people willing to help out, we’re putting our hand up to make it a Gippslandia-supported event in 2020. — If you’ve got any interest in supporting a World Tour event, or in sponsoring Joel so he can focus on bringing the World Title back to home turf, then please get in touch! — Oh no! 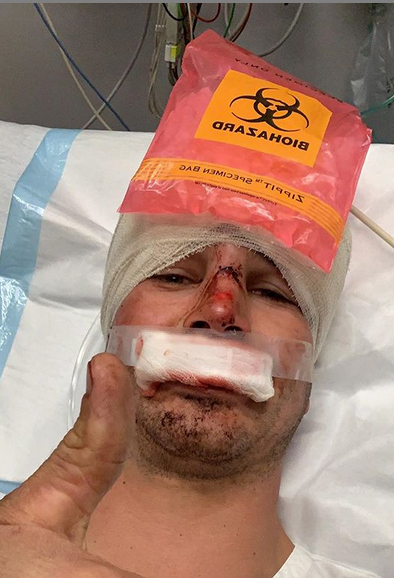 From Joel's Instagram page: Today didn’t quite go as planned🤦‍♂️. Just to keep everyone updated, as I can’t get around to answering all the messages I’m all good or as good as I can be. Had a bit of a mishap on the JetSki in the surf and got a air lifted to the Alfred Hospital. My top lips just about torn off and my forehead is flapping open but in for plastic surgery tomorrow to fix it all. Thanks to everyone for the messages of support🤙. 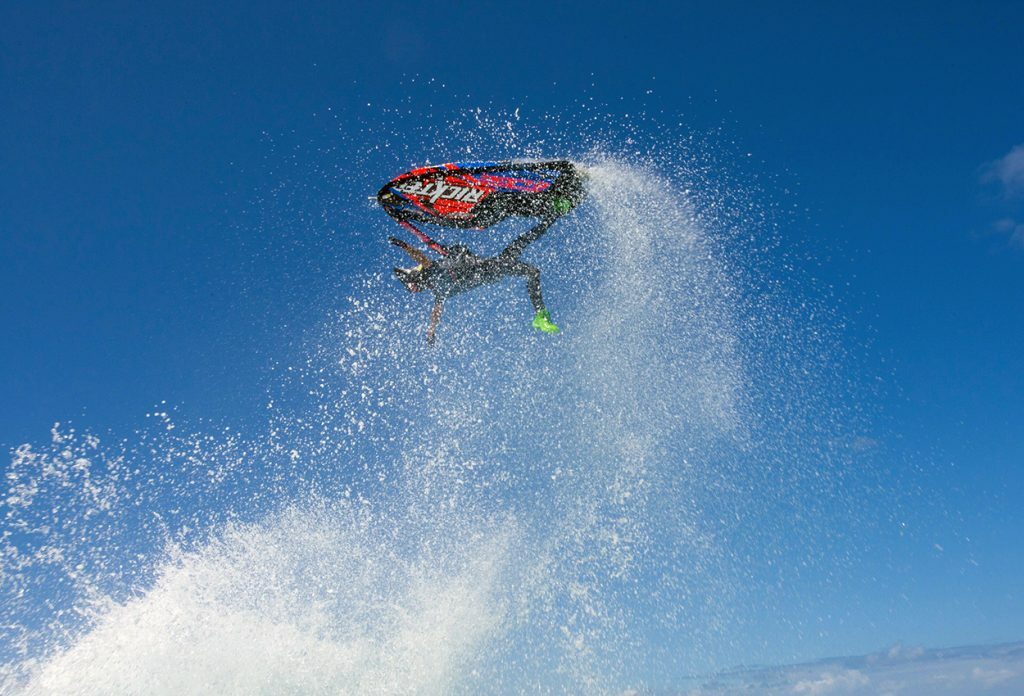