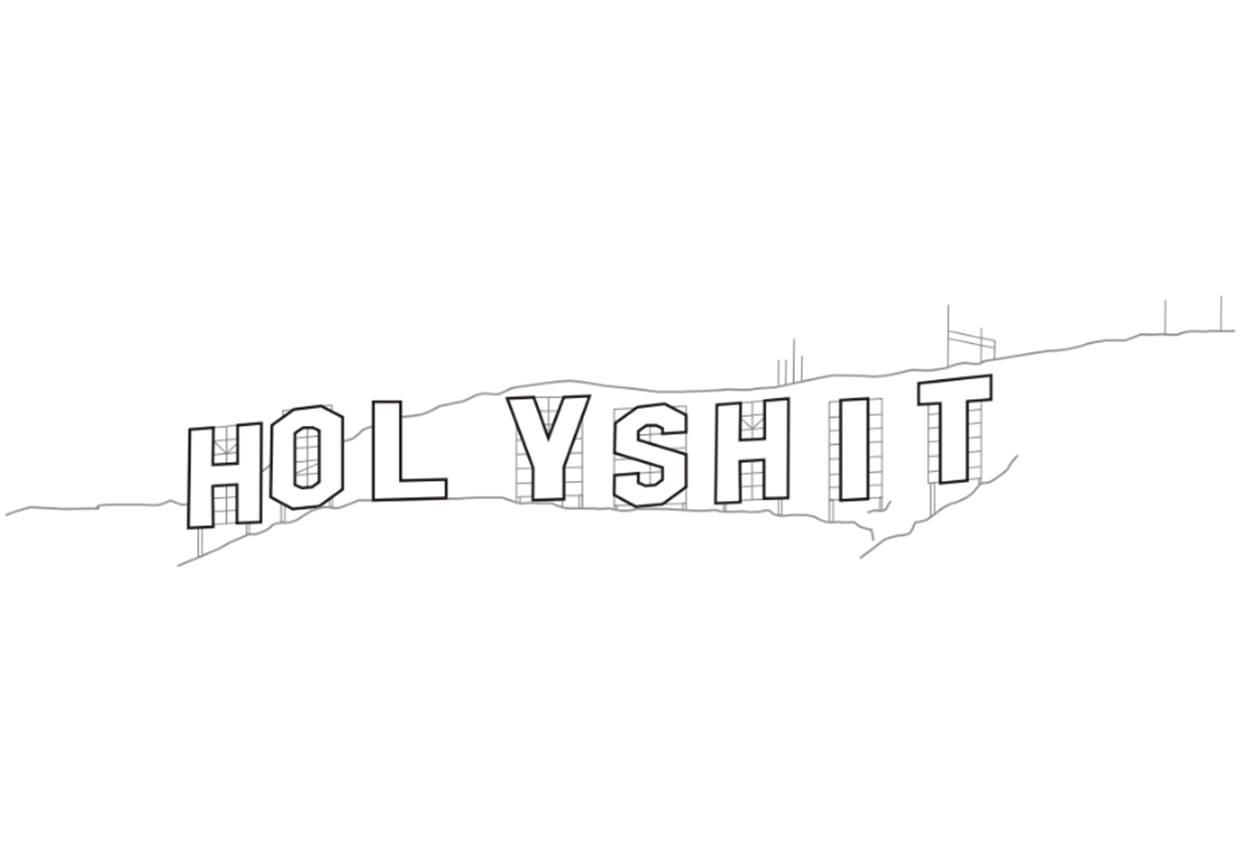 Writer Shanrah Wakefield on moving to LA and the ability for positive social change through storytelling.

I moved to Los Angeles rather unsure of the specifics of my mission. I only knew two things: (a) I wanted to tell stories, and (b) I wanted to help fix the world. For a hot minute, I thought I’d just casually become a famous actress, then once I was Angelina Jolie level spectacular, I’d go stand on podiums in Africa, wave magic wands and solve Third World hunger. You know, super basic shit. Unfortunately, it turns out magic wands are fallible. They can be in power for two terms only to be shat on by the orange Teletubby disguised as a feral, gropey reality TV star (points for making it past 100 words without a Trump reference?!).

It took me a few years of living in this great city of angels (no, they really call it that) to figure out how I’d actually pull off this mission. First, I did pursue acting. I stumbled in and out of terrifying audition rooms, shaking in my boots and waiting for destiny to slap me in the face with an Oscar or whatever. On the side, I wrote for women’s mags and social commentary news publications like Vice and Salon, and the late and wondrous The Peach (RIP!). I used my writing as an outlet for ragey overshares on gender inequality, shitty immigration policies and other social injustices that boil my blood to death. But I still had no idea how to pull all of this into a comprehensive career.

This is where I sneak in my LA plug: if nothing else, this is a town that permits anything and everything. Most people here are pursuing at least 85 things at once. And amid the messy, often misguided attempts at fame that turn into confused face-plants on the dunny floor of some nightclub a Kardashian once drove past, there’s this glorious sense of acceptance. Acceptance of quirk, irregularity or weirdness. It doesn’t work for everyone (as I said, plenty of face plants), but for me, that acceptance allowed me to locate my little old self. My personality, sense of self, confidence, my sexuality even, AND… hooray (!) my life/career mission.

Once I realised that I preferred huddling in tiny corners on my laptop over being told what to do on set, the mission hit me dead in the face: duh, both things at once! Telling stories about social/political issues I care about in the form of entertaining narrative scripts. Scripts that sneakily educate and push a social agenda while also giving young and old people alike something to relate to outside of the sandy blonde babes of Summer Bay (bless that show, I still dream of hanging out at the Surf Club). HELLO! I’D BE WRITING STUFF THAT REFRAMES ‘NORMAL’!

The notion of the powerful Hollywood machine is grotesque to many people, for good reason. But I’ve figured out that I’m specifically here to wriggle in (read: force my way in) and twist the cogs until they’re pointing in the right direction. By ‘right direction’, let me be clear: I mean all the directions. Film and TV are quite literally vehicles for social change. You watch a thing, then another thing, then by the time you’ve finished watching all the things, your brain has collectively gathered an idea of what it believes to be ‘normal’.

So, it’s intensely important that what’s on the screen represents what the world really looks like, versus the whitewashed-picket-fence version. Proper and diverse representation of all people, genders, sexualities, race, class, family structures and life choices—because that’s what directly broadens the definition of ‘normal’ as for a TV and movie-watching society. Which is all of us. Yay.

It’s my mission to flip this ‘normal’ shit on its head. And guess what, Hollywood is in this awesomely handy moment of accountability right now. My mission to get better and more inclusive material on screens happens to coincide with this glorious/gross moment in history where we’re realising it’s time to do better.

As the Weinstein/Trump-backed toxic patriarchy collapses in on itself, all these incredible concepts like gender equality and racial justice are suddenly in vogue. Women and so forth are cool now. Can you even believe?! As much as I loathe to describe it that way, it’s brilliant. The gross guys with cash are backed into a corner.

BUT! NOT SO FAST! With all this said, first I had to get some runs on the board. My first break as a screenwriter in LA came in the form of writing low-budget thrillers for Lifetime, a cable channel aimed at conservative middle America. You know the ones: a woman is stalked by the vengeful ex, hunted by the psychotic neighbour or kidnapped by the obsessive boss. That kind of deal. Not exactly my bag, but it’s a genius model. I got to see my movies get made, watch their Saturday night Valentine’s Day premieres and even wrangle roles for my friends! It was cool. Super cool! (Hi producers, if you’re reading!)

I pushed out five of these babies, all the while pitching my ‘proper stuff’ around town. I came to recognize the sing-songy “yes!” tone that actually means “no, but also maybe, because what if you’re huge by next week and we need your good graces?” It sounds like this: “YES! Let me take it to the rest of my team!” or my favourite, “YES! Let’s totes keep talking!” And then I’ve had the real “yes” that later collapsed into a “whoops, here’s your show back” after the platform collapsed because nobody’s quite sure how to keep people’s attention these days. The bittersweet yes/no/only-when-that-other-guy-says-yes machine is what this town runs on. That and an ever-present mission by every Los Angeleno to find the city’s best taco, which’s like, the ‘B’ story that keeps everybody sane.

Wow, this town is crazy—stay in Gippsland. Just kidding. LA is great, come on over and we’ll grab a beer and brainstorm world-fixing wizardry.

So apart from my Lifetime movies about ladies getting stalked by kids they once babysat, it’s only this past year that I’ve actually had success in busting the hinges off doors that I’ve been trying to get into for years. Finally! Yesses that have remained yesses. The blacklisting of (mostly) white male predators has been an absolute joy to watch for many reasons. I’ve encountered more awkward respect than I have ever previously had here as a woman. I think it’s (a) because they know their asses are being watched, and (b) ‘female-driven’ content by women is actually really profitable for them now. Wow. Whatever, I’ll take it.

The thing I’m most proud of is that when I make it to home base—which is, by the way, my own production company with the cash and authority to make movies and TV that are more representative, that celebrate ‘otherness’, that provide platforms for diverse voices and that contribute meaningfully to societal progression—it’ll be true to my original messy, undefined mission: to tell stories and fix the world. That’s the aim. Not stopping ‘til I’m there.

—
Shanrah is a film and TV writer, on a mission to use words to make social change. She also acted on Channel 7's sketch comedy series Kinne and is a big ol' Gippsland lover. You can find her on Facebook, Instagram and Twitter with @shanrahw or at her website, shanrahwakefield.com.