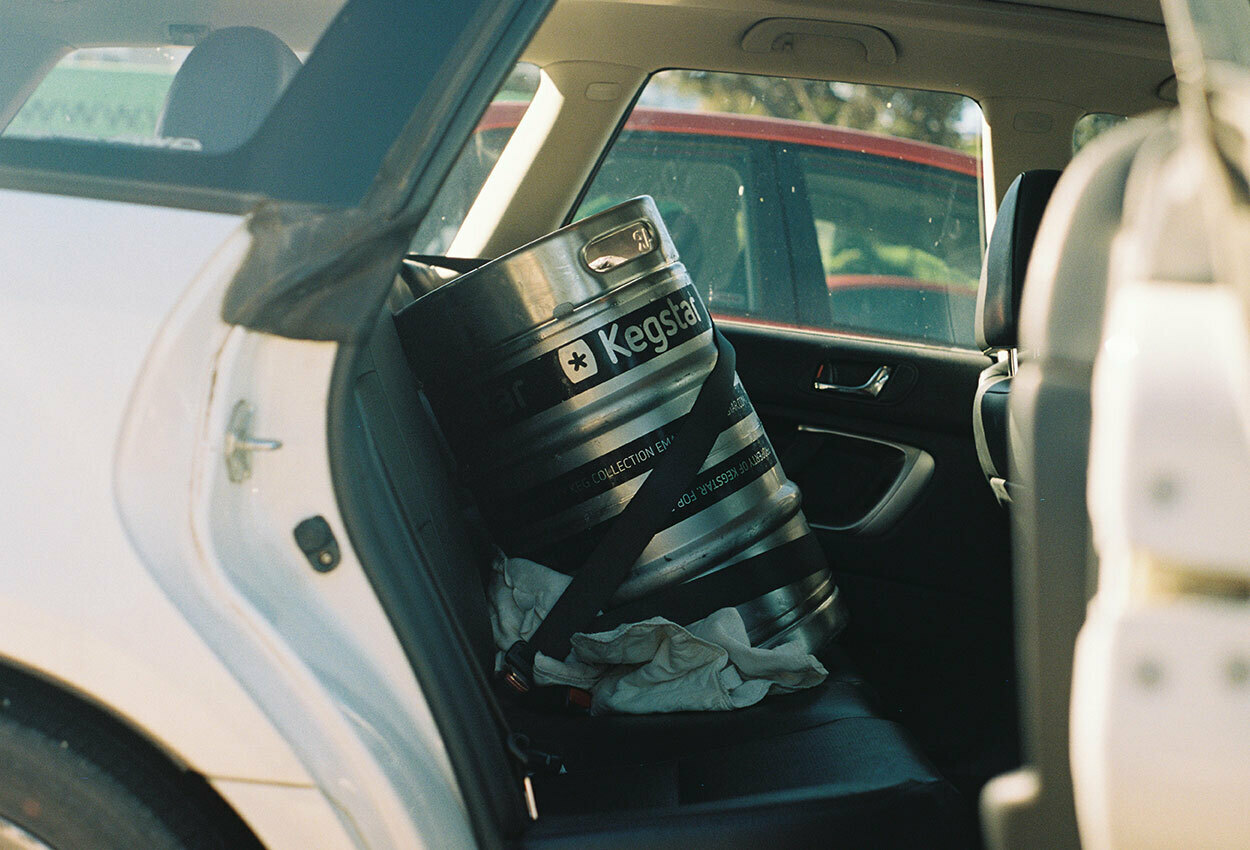 Brewing off the land.

The attraction of new flavours, the increased value placed on food providence, the thrill of the hunt, and utilising your local resources and free ingredients are all reasons why foraging is back on the menu.

Have you ever headed out into the paddocks after a solid rain to hunt for mushies? Quickly chucking a coat and the gumbies on before poking around cowpats for some fresh fungi as they rise to kiss the sky, then retreating to the warmth of the kitchen to thaw your chilled bones and cook that steak you’ve been eyeing off. Aged meat, fresh mushroom sauce and a glass of red from the box on the top shelf, the end of the footy, which then rolls into Hey Hey It’s Saturday… well, you’ve got yourself a night right there!
—

In our youth, we reckon this was a pretty frequent winter ritual for many of us in the country, but then you heard of a neighbour’s mate’s grandma that experienced some wild hallucinations from picking the wrong varietal (or is it actually the right one?) or worse still, they died. Suddenly, it was just safer and easier to buy your food at the supermarket, and foraging for a feed became ‘old-fashioned’.

The attraction of new flavours, the increased value placed on food providence, the thrill of the hunt, and utilising your local resources and free ingredients are all reasons why foraging is back on the menu. Who better to learn about this delicious art from than beer alchemists Chris and Gab Moore of Sailors Grave Brewing? This pair have been challenging and delighting tastebuds with their brews that feature found ingredients.

Our initial query was: what does foraging mean to the celebrated brewers? Is the activity just the domain of kooky doomsday preppers and cool chefs longing for an extra Michelin star? Gab was grounded in her response, “To us it means being in touch with our environment in an intimate way, reading the seasons and working with them to create beer that’s in conversation with our surrounds.”

Instantly, she had our attention. We also had the feeling that their relationship with foraging was much more evolved than shredding your fingers picking blackberries by the dam.

“Our background is in landscape architecture, so we’ve always had an interest in the botanical world. Between working as landscape architects and opening our brewery, we also had a restaurant for five years up in Darlinghurst, NSW, so I guess this journey has really informed how we approach making beer.

“While we had the restaurant, we visited Ostuni in Puglia, Italy, where Chris and I stayed in a traditional Masseria (farm stay). They served a seven-course cucina povera (‘peasant food’) meal every lunch and dinner that came predominantly from food foraged in the ancient olive groves and orchards of the farm. Our room was within an orchard that was planted in the 1800s, and out of our bedroom window we would see the cooks picking weeds for the menu that day. It was an unforgettable experience.

“Before the Industrial Revolution, making beer was similar to this experience in Puglia. It was traditionally made by women and used foraged herbs before hops became the norm.”

Slightly salivating and with our bellies beginning to rumble, we were now eager to hit the garden and find our next meal. But what does foraging actually entail? Gab explains that they watch roadsides and paddocks, waiting for the right time, while trying to align their brewing schedule to the whims of nature.

“I’ve been wanting to do a beer with Japanese honeysuckle for the last three years. I watch my roadside patches in anticipation,
we schedule the brew day and then it just disappears! The first year I missed it. The second year it was slashed by maintenance workers, and the third year it was burnt by a run of hot days. One day the stars will align...

“We’re mostly focussed around beer, but we do some foraging for food as well. There is a very healthy crop of warrigal greens on the Marlo Road, which I occasionally pick for dinner. I also pick karkalla (pigface) and coastal saltbush for a few dishes we do for special occasions.”

In speaking about warrigal greens, Gab suggests that they’re a great place to begin your foraging adventure, because of their availability and, “... the history behind them is irresistible! Apparently, the final meal taken aboard the Endeavour after leaving Botany Bay was skate and warrigal greens, according to the diary of ship’s botanist Joseph Banks. Banks also took some seeds back with him to Kew Gardens in 1771, making them the first Australian food plant to be cultivated abroad. Later, they also made their way to France, where, naturellement, they were renamed french spinach. They are particularly good in Asian dumplings.”

We bloody love dumplings. So as we list the remaining ingredients for feast of jiaozi, Gab describes Sailors Grave’s most successful finds.

“Wild fennel pollen, which I forage in the peak of summer, is my favourite. We have put it in our Summer Farmhouse Ale with strawberries, rhubarb and chardonnay lees from Lightfoot & Sons. It is a perfect example of what we do: a little bit of foraging, fruit from our farm and a collaboration with others — such a great expression of summer.

“Our spring version of the Summer Farmhouse, with a whole mix of foraged weeds, has the most insane flavour, reminiscent of Chartreuse. It’s not the most commercial of beers, but it’s one of our best.”

Looking towards the future, Gab shares that she foraged wild roadside plums in the year, put them in a beer and was amazed by the variety of them.

“This year, I want to get in earlier and pick them before they are ripe to make umeboshi, a pickled and dried plum delicacy common in Japanese cooking, and then make a gose-style beer with this.

“We also want to do a lot more with wild foraged yeasts from local botanicals to ferment beers. We’ve been working on them for a while and will hopefully be releasing them early next year.”

As our wonderful lesson draws to a close, we can’t help but return to the initial idea that attracted us, the opportunity to find a healthy, free feed just beyond our doorway. We ask Gab what she’s learnt about her backyard as she’s been prowling for produce.

“I know a fair bit about European botanicals, but there’s so much I don’t know about our native environment. We were lucky enough to connect with Noel and Trish Butler from Nura Gunyu while doing our UNI beer with the Mallacoota Wild Seafood Festival. We’re working with them on a new range of beers that is about First Nations stories and their connection with the environment. We’re very much being led by Noel & Trish and we’re learning so much that we can’t wait to share it with everyone!”

What a tasty way to get to know your neighbours.