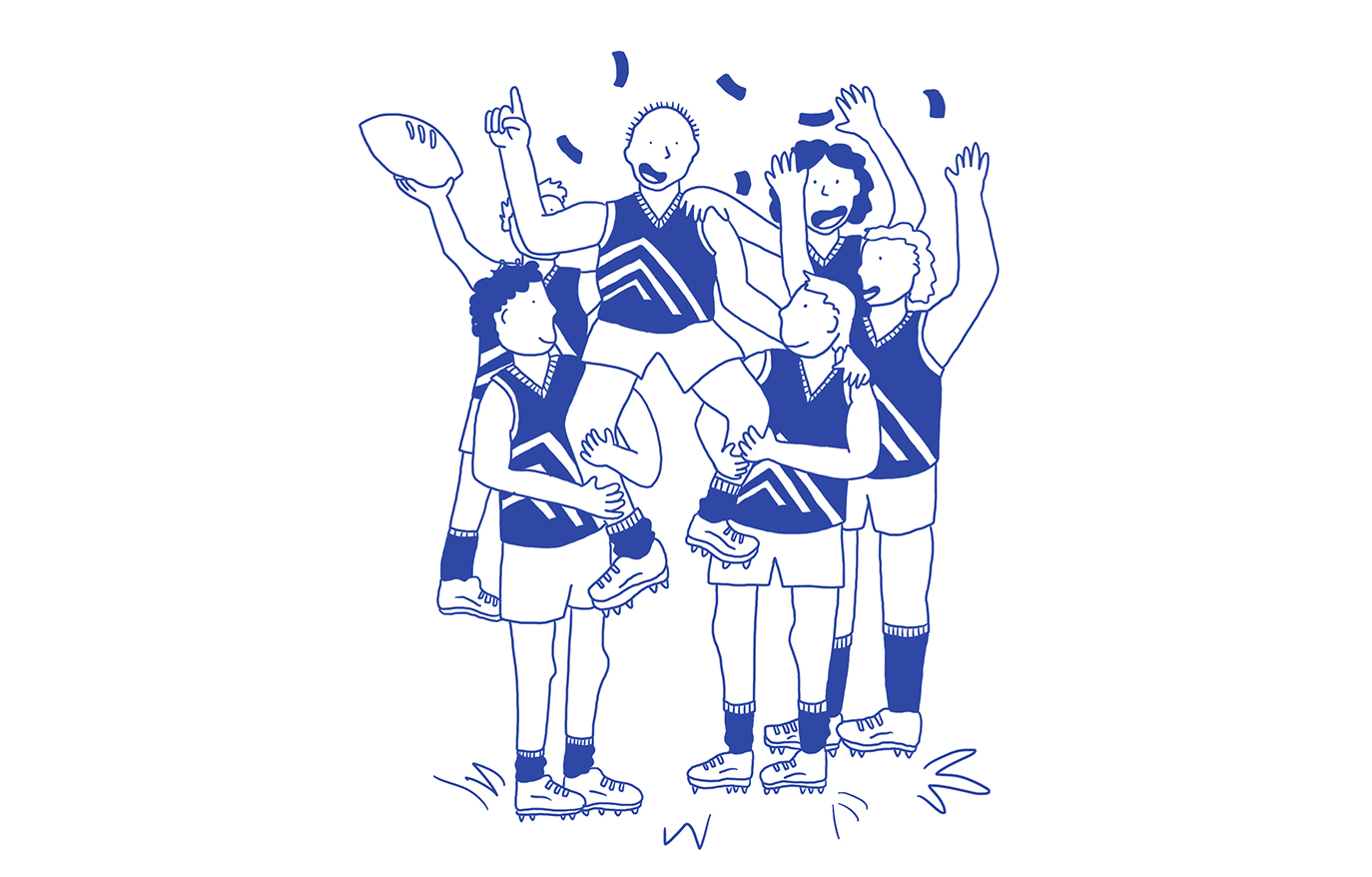 Reliving the magic of Macy – one of Gippsland's most proficient goalkickers.

Remember Macy Hambrook, the boy wonder from Omeo-Benambra who kicked the quickest century of goals in any football league in Australia in 2011?

If you were wondering where he is or what he is up to, you would be glad to know he was still playing football as recently as 2019. Although, it’s fair to say the goals have dried up since he kicked three consecutive centuries from 2009 to 2011 in the Omeo and District Football League.

Those not familiar with the football landscape in the Omeo region may be in for a rude awakening. To start, teams in the competition field only have seniors and under 16 football sides, as towns such as Swifts Creek, Swan Reach, and Bruthen simply don’t have enough numbers to warrant having reserves or under 18s. Often, there aren’t enough numbers to have 18 players on the ground, so teams play 16-a-side.

It is not uncommon for things to happen in Omeo that people from other leagues would find unfathomable.

Macy Hambrook started his career at Omeo-Benambra in 2007, the same year those two clubs merged.

By the end of the 2007 season, he was playing in the seniors. Such an effort would have been met with general pats on the back in normal circumstances, but considering Hambrook was only 14 at the time he may have succeeded in creating another record.

Two years later, he kicked a century of goals in the under 16 competition, before repeating the effort in 2010 and 2011. Playing in the under 16s and seniors on the same day most weekends, every time the ball left his boot it generally registered a goal.

People looking from the outside will be quick to say he was simply a big fish in a small pond, however, Macy says that was not entirely the case.

“The first year I kicked the ton we lost the grand final, then the second year we didn’t even make finals,” he said.

“The Omeo league replicates the old style of footy a bit, it is rough and tough.

“There is quite a lot of talent in the league it’s just they [players] find it easier to play there.”

Proving he was not just a junior grade bully, Hambrook also dominated the senior grades in his time at Omeo-Benambra.

“My first year out of juniors I kicked 91 and every year after that I won the club goal kicking,” he said.

Macy estimates he has kicked over 800 goals in his career and came to the forward line through the result of a teammate’s misfortune.

“I started out in the midfield; the year of the merge, our key forward broke his leg and they put me down there and I never really left,” he said.

Macy said he felt his judgment and football smarts played a key role in him kicking the majority of his goals.

In 2011 his talents culminated in him kicking the fastest century of goals out of any footballer in the entire country.

After kicking 41 goals in the first three games of the season, he continued his onslaught and after round seven had 91 goals to his name.

“It started to get pretty ridiculous after a while,” he said.

Amazingly, in the first week of June 2011, Macy brought up his century at Swan Reach, after he kicked 11 goals to make it eight straight weeks he had kicked 10 or more goals in a game.

“It was crazy, there was about three newspapers there and Nine News were there, it did get pretty full-on there for a while,” he said.

The milestone did nothing to stop him, as he finished the year with 151 goals and 12 bags of 10 or more from 15 games. His 151 goals made up 60 per cent of the total number of goals kicked by Omeo-Benambra as they went on to win the under 16 premiership that season.

His personal best effort was yet to come, as in a senior match in 2012 he kicked what went down in the book as 20 against Buchan, although Hambrook is adamant he was robbed.

It was this effort that won him a place in the annual E. J. Whitten Legends game.

“It was an incredible line-up, even though they [the players] were all retired I was overwhelmed, it was a pretty incredible experience.”

Following another dominant season in 2012, Hambrook transferred to the East Gippsland Football League to play with Lakes Entrance, before heading back to Omeo-Benambra in 2014.

In the years that followed, Hambrook said he lost the passion for football as he spent 2015 and 2016 traveling.

“I struggled a bit with the pressure of expectation [at Lakes Entrance], then went back to Omeo-Benambra to have a stuff around, but toward the end of 2018 I got excited again,” he said.

Of all places, the Ellinbank and District club Poowong is where Macy most recently played.

A chef by trade, the fanfare has well and truly died down since he caused the Omeo league opposition teams nightmares a decade ago.

Despite his remarkable record inside 50, Hambrook said the thought of taking his football further never really materialised.

“I never spoke to anyone about it [getting drafted],” he said.

“When I was at Omeo they were trying to push me down that way but I loved playing with my mates and having a beer after the game.”

As for the best of the goals he kicked?

“My 11th goal the day I kicked the quickest ton I was moving towards the goal on the boundary and I just threw it on my left and it went through, I’ll never forget it,” he said.

Amazingly, despite Hambrook virtually single-handedly winning Omeo-Benambra their fair share of games, he never won either a club or a league best and fairest.

Nor was he in the best players after kicking 17 goals in one match.

“That day I was pretty stiff,” he said jokingly.