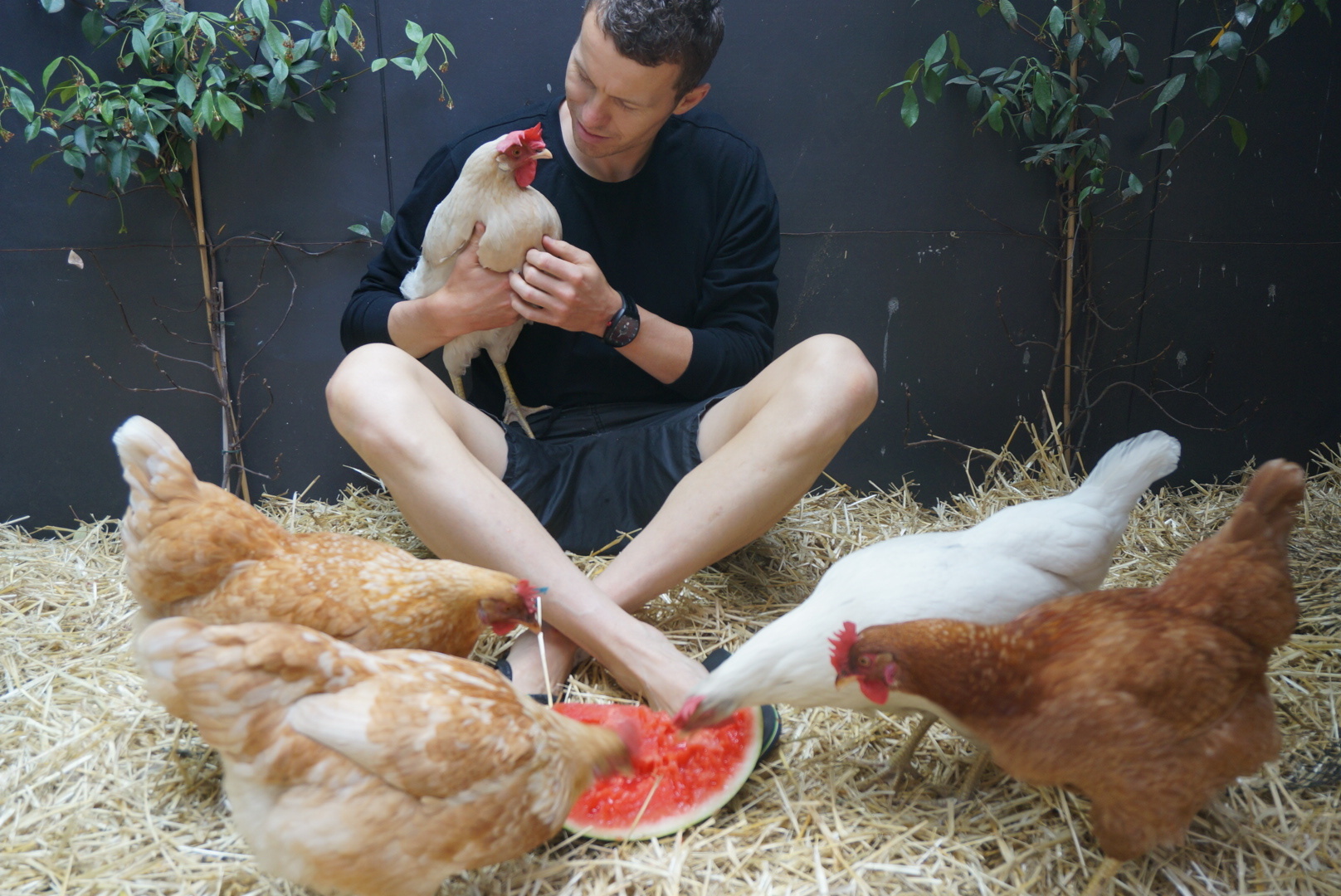 For many local youngsters growing up on ‘the hill’ in Morwell, spending considerable time on the wide open spaces of Maryvale Reserve, the steaming hot basketball courts of Morwell Leisure Centre and the Morwell Football Ground is somewhat of a common tale, but seldom does this story end with the protagonist wearing the famed baggy green for Australia at the Melbourne Cricket Ground for the Boxing Day, as it has for Morwell’s Peter Siddle.

For many local youngsters growing up on ‘the hill’ in Morwell, spending considerable time on the wide open spaces of Maryvale Reserve, the steaming hot basketball courts of Morwell Leisure Centre and the Morwell Football Ground is somewhat of a common tale, but seldom does this story end with the protagonist wearing the famed baggy green for Australia at the Melbourne Cricket Ground for the Boxing Day, as it has for Morwell’s Peter Siddle.

Like so many of us, Peter, first discovered his love for cricket after jumping into the typically high-stakes backyard hit with his brother, Daniel, and dad, Steven. The backyard battles occasionally ending in blows, as Daniel found himself only bowling for hours on end.

This progressed to Peter and a gang of mates from Tobruk Street Primary School spending summer with a cricket bat or ball in hand, winter being all about football and their BMX was the best mode of transport. Life was enjoyably simple. Peter recalls, “From an early age I just loved sport. I played everything I could. Most of the time I’d be with the same teammates, but we’d just be jumping to different sports”. Surprisingly, basketball, not cricket was Peter’s number one sporting passion in high school, but by his mid-teens his focus had shifted to cricket and footy.

Peter began his cricketing career as a fresh-faced youngster of 12-years-old with Latrobe Cricket Club. Reminiscing on his career, Peter feels that there wasn’t a single clarifying moment that drove him to the National Team, he just wanted to spend as much time with his mates as he could.

Peter attributes his fast progression as a cricketer to the countless volunteers at the club that assisted in developing his talents. Peter could see that they cared about his improvement and when club legends Bruce Dalgleish and Anthony Bloomfield spoke to him, he listened.

Reminiscing, Bloomfield remembers, “Pete was the kid that always wanted to learn and become the best he could be. He’d always be asking questions. As a 15-year-old he commenced the season as the club’s third fastest bowler, and by the end of the season he was the quickest bowler in the league and respected by all the best players. His quick rise wasn’t a surprise considering his commitment to becoming the best”.

As a year 12 student at Kurnai College, Peter decided that he wanted to become great at something, instead of just another country lad that was just pretty handy at everything. He wanted to represent Australia. It’s an idea that many people entertain; but very few chase with the vigour of Peter Siddle. To put things into perspective; around 100 players are drafted into the AFL system every year, yet only 449 people have ever had the honour to wear the famous Australian baggy green cap in the past 140 years. Number 403 belongs to Peter, who is close to being in the Top 10 wicket takers in Australian cricket history.

When asked if growing up in regional Australia presents disadvantages Peter’s tone of voice changes to that which could be heard if an opposing number 11 batsman edges him through the slips fieldsmen for four runs, “Being a country boy has helped me in so many ways. For me to commit to being the best player that I could be meant that my whole family had to also support me. It wasn’t a zip around the city, I was being driven to training by my parents two to five times every week”.

This sizeable ask, especially for the old family Ford Falcon with 500,000 kilometres on the dial, came with only one stipulation, “We’ll put in the effort, if you do. We just ask that you have a go”. Thus formed the first cricketing contract Peter was bound to.

It can be hard for us, mere backyard legends, to understand that life as a professional cricketer, despite its benefits, also has its drawbacks – handing over the keys to your life. When young guys come into the system they want the best of both words – a fun social life and a great career. It’s a challenge that few can conquer, and one that Peter failed.

“In my early years the Victorian team had a few great bowlers who never really broke into the Australian team – their perspective and advice was great. After an excellent start, by my mid-career I was enjoying life a little too much. I’d forgotten that you’re always learning, there’s always someone better coming up and I’d lost my focus. I’ve missed out on a lot of 18th and 21st birthday parties, engagement celebrations and weddings of the guys back home – my teammates and best friends for so many years. It wasn’t easy.”

Five years ago Peter gave up on alcohol, swapped buckets of KFC to bananas, settled into a relationship, has a family of dogs and moved to a vegan diet. Becoming a vegan had many tongues wagging, but for Peter it made sense, “I tried it and started to feel great. I had more energy and was moving better, so what wasn’t to like?”

When reflecting on these lifestyle changes, it’s clear that Peter is an all-or-nothing kind of guy, something he agrees with. “I hate losing. I want to succeed. I want to prove people wrong, especially those who’ve written me off because I wasn’t from Melbourne, was too heavy, too skinny, not fast enough or that injuries had ended me. This drives me.”

Earlier this year, Peter could’ve been forgiven if he wanted some time to wallow after he was diagnosed with stress fractures in his back and then sent in for ankle surgery within days of each other. Instead, it was the motivation Peter needed. “I’d played four to five years of solid cricket, with no injuries. I was feeling exhausted. Mentally, I needed a break. I wanted my body back to 100% healthy, which you rarely feel in professional sports.”

Peter believes the ability to break free of the system for a period and focus on training, at his own pace, has allowed him to get back quicker, fitter and fresher than ever. He broke back into the Australian side for the first test in Perth – many weeks ahead of schedule.

While Peter has recently received a minor setback in his recovery from the stress fractures in his back, he’s doing everything possible to return. “The setback isn’t ideal. Nobody likes missing games, but I feel that I’ve got so much cricket left in me that taking the cautious approach, rather than rushing is going to work better in the long run.”

Peter offers the following advice, not just to an aspiring cricketer, but anyone chasing their dream. “Everyone will tell you it’s hard work. They won’t always tell you that you have to continually work hard. Set really high standards and be uncompromising. Keep learning. Former Australian Captain Ricky Ponting was still learning when he retired, at 38-years-old. The sooner you understand you’ve got so much to learn, the quicker your success will come. Getting drafted or selected for a position isn’t the success – it’s the start.”

This summer isn’t just about cricket for Peter; he’s building a new home, before getting married in April. Even his cricket isn’t always about the cricket happening in front of him. “It’s not uncommon for me to be standing down at fine leg at the MCG, among 90,000 people, and be thinking about playing under 16 cricket in Morwell with my mates. No matter what level (of cricket) I’m playing in, where I am or who I’m with, those junior days are always in your mind. It’s where my love for sport started. Morwell is where the dream began.” 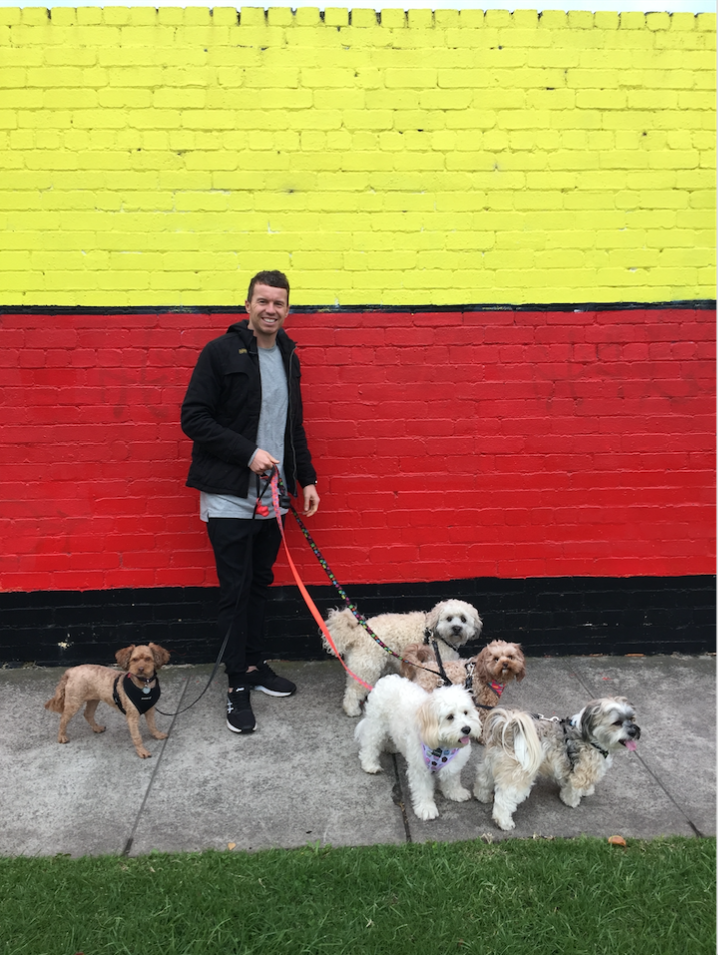 For those of you wanting to see it again, here is that great moment in Australian sporting history, the boy from Morwell celebrating his 26th birthday with a test hat-trick.