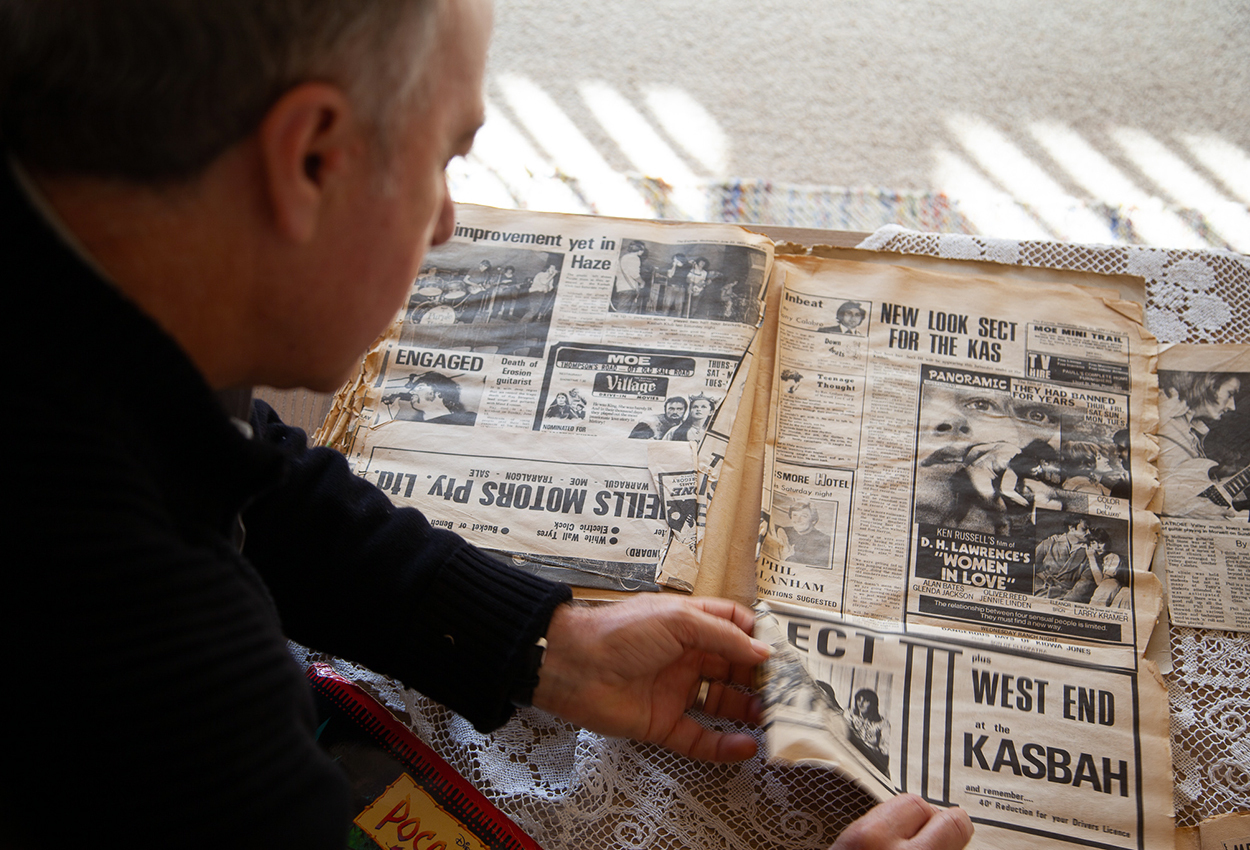 In Gippsland, on any given night, you might just see the greatest gig of your life. What was your favourite gig?

Surrounded by green fields and trees as far as the eye can see—the road stretching to Maffra on one side and Sale on the other—there’s a little town hall in Gippsland where, on any given night, you might just see the greatest gig of your life.

Since opening its doors to live music in 2014, everyone from Russell Morris to the Black Sorrows to Custard has played to appreciative crowds at The Bundy Hall, their music pumped into punters’ ears through one of the best sound systems around.

Gippsland has long attracted some of the biggest national and international names to play its halls, pubs and festivals.

“A lot of people don't realise what a musical Mecca this region has been,” said Tony Calabro, who has been involved with music in Gippsland—as a singer, guitarist and guitar teacher—for over 50 years. “From the sixties up until the late seventies, we had all the biggest acts in Australia coming weekly to Latrobe Valley, like The Easybeats, John Farnham, Normie Rowe, Spectrum, Chain… We used to have a dance hall, the Kasbah Club, which had a minimum of a thousand people [there] every Saturday night, and probably about 5,200 people waiting outside to get in”.

The Kasbah in Morwell was just one of many such venues dotted around the region, with well-attended dances stretching from Longwarry to Lakes Entrance. You could see acts like Mike Brady, Daddy Cool and Yvonne Barrett at venues such as Psycho and The Chamber in Moe, Rossmore Hotel in Yallourn North, and Meeniyan Town Hall, among others.

“Linda and Vika (Bull) both played together. That was back in 2002, so not long after they were in the Black Sorrows. I think it may have been their first solo album actually. They were fantastic, and probably some of the nicest people I’ve ever worked for. Just wonderful people.” - Jason Bowles, WGAC technical coordinator

As the swinging sixties progressed into the seventies, more and more gigs moved from town halls and drive-ins into licensed premises, and Australia’s distinctive pub rock scene was born. Sandy Clark, another legend of Gippsland music, was there when the shift happened. In an interview with Live at Spectrum, Sandy revealed that the Morwell Hotel, affectionately known as ‘The Top Pub’, took a chance on live music with his band Stoned in 1969. According to Sandy, it soon became one of the biggest-selling live venues outside of Melbourne, with the era’s big bands—like Stars, Rose Tattoo and AC/DC —playing there regularly.

AC/DC didn’t just stop at Morwell on their long way to the top. During the mid-seventies, Bon Scott and the Young brothers could be seen anywhere from St Michael’s in Traralgon to the Korumburra Mother Rock Festival in 1976, where they played alongside Little River Band, Billy Thorpe, Ted Mulry Gang and others. Barry Jupp shared fond memories of AC/DC at the Moe Town Hall in the early seventies with Gippslandia via Facebook: “Loudest band I’d ever witnessed. Early days in their career. What legends”. Other bands of the day also cut their teeth in the area. For instance, Sherbet, Skyhooks and Dragon all appeared at Sale Memorial Hall through the seventies.

“You should have seen it. [The Kasbah Club] had 21 bouncers in tuxedos—they looked amazing—but there was never any trouble in there because these guys were all karate experts.” - Tony Calabro, musician and guitar teacher.

But it wasn’t just Australian acts that visited the region. Years before Tina Turner was rubbing heavily padded shoulders with Angry Anderson in Beyond Thunderdome, she was doing much the same at the Traralgon Astradome, where she performed in 1982. Meatloaf, Suzi Quatro and Canned Heat also played ‘the ‘Dome’ in the early eighties, as well as a new wave of Australian groups such as INXS, Divinyls and Hunters & Collectors.

Kerry Carley, an Astradome regular, recalls seeing her favourite artist there. “Jimmy Barnes is always my favourite. That would have been the late eighties. Then there was Diesel, Angry Anderson and Jimmy Barnes, that would have been in the early nineties; all three of them were together [and] that was fantastic. And then you’ve got Daryl Braithwaite; he sounded the same as on his albums.”

As the nineties progressed, The Astradome’s mantle was passed on to Inferno Nightclub in Traralgon, where you could see the country’s hottest alternative acts like The Mavis’s, The Cruel Sea and You Am I, as well as Ozrock stalwarts like The Choirboys, The Screaming Jets and The Angels. Scott Williams shared his memories of seeing epic Canadian rockers The Tea Party at Inferno in 1999: “We were fans of them from RAGE and Triple J. Good crowd, pretty packed. Everyone raved about it afterwards”.

“[The Astradome was] always packed. It’s nothing like the nightclubs now. It was bigger and they fitted more in. There were just crowds all the time… You knew everybody, and you could just be yourself. It was just like going out for the night with all your mates, and there were thousands of them.” - Kerry Carley, Astradome patron.

Gippsland has continued to attract big-name acts from Australia and abroad well into the new millennium. But Gippslandians are now just as likely to rave about the local talent they’ve seen. Late-nineties concertgoers still speak fondly of Undiefest, a grassroots underage festival that ran for three years across three stages during the late nineties in The Gashouse, a council-owned building. According to Steve Odriew on Facebook: “Undiefest had the sickest lineup of bands”–all original Gippslandian acts with names like Jocks Full of Jelly, Count the Weirdos and Unbenumb.

Homegrown festivals have continued to do well in the region. Since 2015, UNIFY has been bringing some of the heaviest national and international sounds to Tarwin, including Alexisonfire, Parkway Drive and Violent Soho. And international hip-hop and electronic acts such as Chance the Rapper, Hot Chip and MSTRKRFT have inspired many a dance move in Warragul’s Lardner Park thanks to Beyond the Valley. Festival director Nick Greco was surprised at how festival-goers made the most of the soggy conditions at their inaugural 2016 event. “[I was] walking past people covered head to toe in a thick layer of mud and you could only make out it was a person when they opened their mouth to smile or opened their eyes”.

Thankfully, experiencing big-name acts in Gippsland these days doesn’t always involve braving the elements. Lyrebird Arts Council in Meeniyan has seen international acts such as Gillian Welch and Sharon Jones grace their stage, as well as Paul Kelly, Neil and Liam Finn, and Dan Sultan. And great Australian talents such as Troy Cassar Daley, Debra Byrne and the Melbourne Symphony and Chamber Orchestras have visited the West Gippsland Arts Centre in Warragul, in addition to international stars such as Gene Pitney, the Glenn Miller Orchestra and even Lisa Marie Presley.

“My brother built a renegade stage on the back of his ute. After Dom Dolla finished his performance, he wanted to keep DJing so we drove him up to the makeshift stage in the camping grounds, word spread very quickly and before we knew it, there was a crowd of people dancing in the campsite.” - Christian Serrao, Beyond the Valley Director.

Wayne Dwyer—a heavy metal fan who is the marketing coordinator for West Gippsland Arts Centre and director/co-producer for Live at Spectrum—got a pleasant surprise at one of WGAC’s gigs. “Kasey Chambers has been here a few times. [The Rattlin’ Bones Tour in 2010 was] probably one of my favourite concerts of all time. My wife’s a Kasey Chambers fan, that’s why we went. I’m not a big fan of that kind of genre, but I just walked away going ‘Geez she’s good’. That’s why I went again”.

When it comes to Gippsland’s greatest ever gig, the answer is as varied as Gippsland’s music fans. The region has seen so many big-name acts pass through that for most locals it’s impossible to list all their favourites. Nevertheless, Sandy Clark gave it a good go on Facebook: “Tommy Emmanuel and Albert Lee at the Gala Restaurant in Moe was ace. Steve Marriott (Humble Pie) at the Astradome was unforgettable—one of the best I’ve seen in the Valley by far… Blondie at the Morwell Tech, the Tourists (later the Eurythmics) at Morwell Top Pub, Max Merritt and the Meteors at the Karma...”

For Tony Calabro, big-name touring acts enrich the local music scene by giving the region’s musos the chance to observe other professionals in action. “It was great for local musicians because you got exposure not only to great crowds, but also to other acts. You did pick up something all the time and [in the sixties and seventies] that was on a weekly basis.”

Tony’s favourite live music experiences have involved not just a deep appreciation of music, but the opportunity to share this gift with others. “[Ike Isaacs] was an English jazz guitarist who toured with Frank Sinatra, Shirley Bassey… I brought him down to Morwell to give a workshop for my students and that happened at the Little Theatre in Traralgon.” Through his work on the ‘Inbeat’ column for Latrobe Valley Express, Tony discovered just how appreciative locals were to see such a legend. “We got that many letters week after week that the editor said ‘OK, we better put a halt on this— I think Tony and Ike have got the message how good this concert was!’”

“The Cruel Sea [at Inferno in the late nineties] was amazing. They were so loose, but so tight and on the money. They just oozed groove.” - Frank Berand, Inferno patron.

That spirit of generosity, of nurturing young talent and of communication between big-name artists and local musicians, continues to this day. It can be witnessed at open-mic nights at places like Jak’s Music in Warragul or ARC Yinnar. It can be seen at the big venues in population centres like Traralgon, Moe and Morwell. It can be experienced at out-of-the-way places like Lyrebird Arts Council or Bundy Hall. Or it might be beamed right to your TV or tablet by Live at Spectrum, who bring the world-class music of locals talents, who as diverse as the Strzelecki Stringbusters, Michael Waugh, Tina Bartle, Kill the Darling or Quarters, straight to the living rooms and kitchen tables of Gippsland and beyond.

Whichever way you experience live music in Gippsland, the region has one of the healthiest music scenes around, and there continues to be plenty of opportunities to see a top-notch show right here in our backyard. You never know, it might just be the greatest gig of your life. 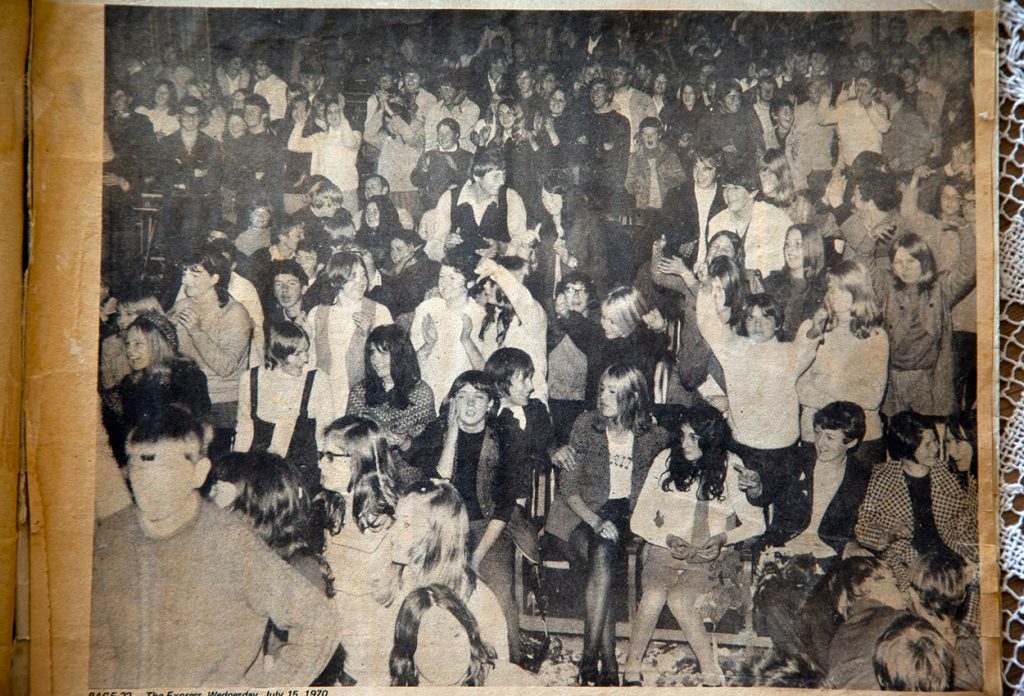