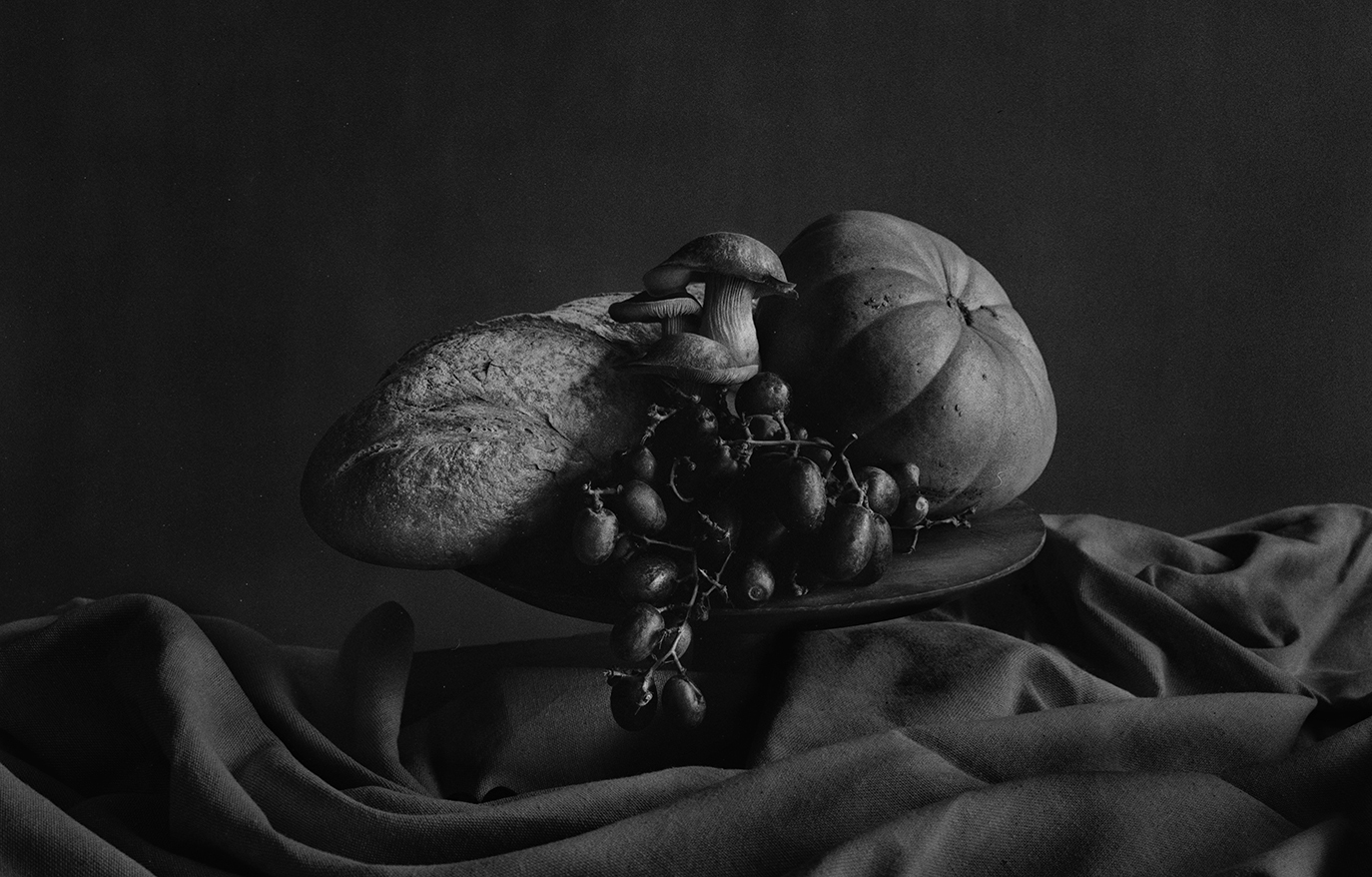 Oli Sansom explains, "It’s the closest thing we have to time travel".

All go to the same place; all come from dust, and to dust all return. Here's to the beautiful moments that occur in-between.

Photographers Morgane Cazaubon and Oli Sansom linked up for a gentle inverse study on decay: Oli, capturing intact elements on decaying old film, and Morgane then capturing those same elements on new digital cameras, some time later with the elements in their own state of decay.

As Morgane explains, “When I began thinking of ‘time’ as a photographic concept, Oli's images and approach came to mind straight away.

“In his images, you can see both a contemporary image and are taken to a time that has passed – all in a single frame. So, for this project, I really wanted to brainstorm with him and peek into his genius.

“We chatted about what time means to us, and how time affects things. I was thinking about decay and mold. He was thinking of things that disappear in the arms of interaction: bugs, erosion, etc.

“From this starting point, the project was born utilising digital and traditional photographic techniques, as well as some unique expired film. The approach added layers or dimensions to the concept. Furthermore, presenting it in ink on Gippslandia’s newspaper now raises another question of how long it will last as a physical artefact before it too decays!”

Oli shares his perspective on the collaboration, “If you can imagine a giant popcorn machine taking about one million years to finally release its golden kernel of joy, then you can appreciate where this little decay story actually starts (and indeed, every photograph you’ve ever looked at).

“Over one million years, particles of light fought their way from the centre of the sun to its surface, bouncing off each other with the kind of anarchic resistance you’d expect if you somehow crammed one trillion kernels of corn into your average mason jar.

“Once they reached the surface, those same kernels of light then fired towards the Earth (a leisurely eight minutes in comparison), at a shed somewhere in Gippsland, before ricocheting off a friendly neighbourhood pumpkin and into a classic 1970s Hasselblad camera that’s loaded up with decaying Kodak film, which expired way back in 1962.

“Expired film adds a beautiful ambiguous quality to the photographic process, which has become less and less ambiguous as time goes on.

“Of course, you can still have what we know as ‘happy accidents’ in digital photography, but there’s something I love about it when chemicals are involved. With expired film – and this stuff in particular – it’s been literally penetrated by cosmic rays for over half a century. This slow radiation adds its own soft layer of imperfection across the rolls, through a subtle reactive decay.

“When you add to that process a whiff of the 60-year-old air that comes out of the sealed packets (arguably something that shouldn’t be inhaled while closing one's eyes wistfully, but I digress), you get a tiny little moment of interfacing with several generations behind you that I really love. Someone pulled this exact roll off the film production line somewhere around 1960, probably when they were the same age as I am now. And over 60 years later, here it is, finally having light thrown on it from a scene in a world that that Kodak factory worker couldn’t have possibly imagined.

Shot on Hasselblad camera from 1970 with a 60-year-old roll of expired film.

Shot on digital mirrorless Sony Camera from 2019, edited in Photoshop