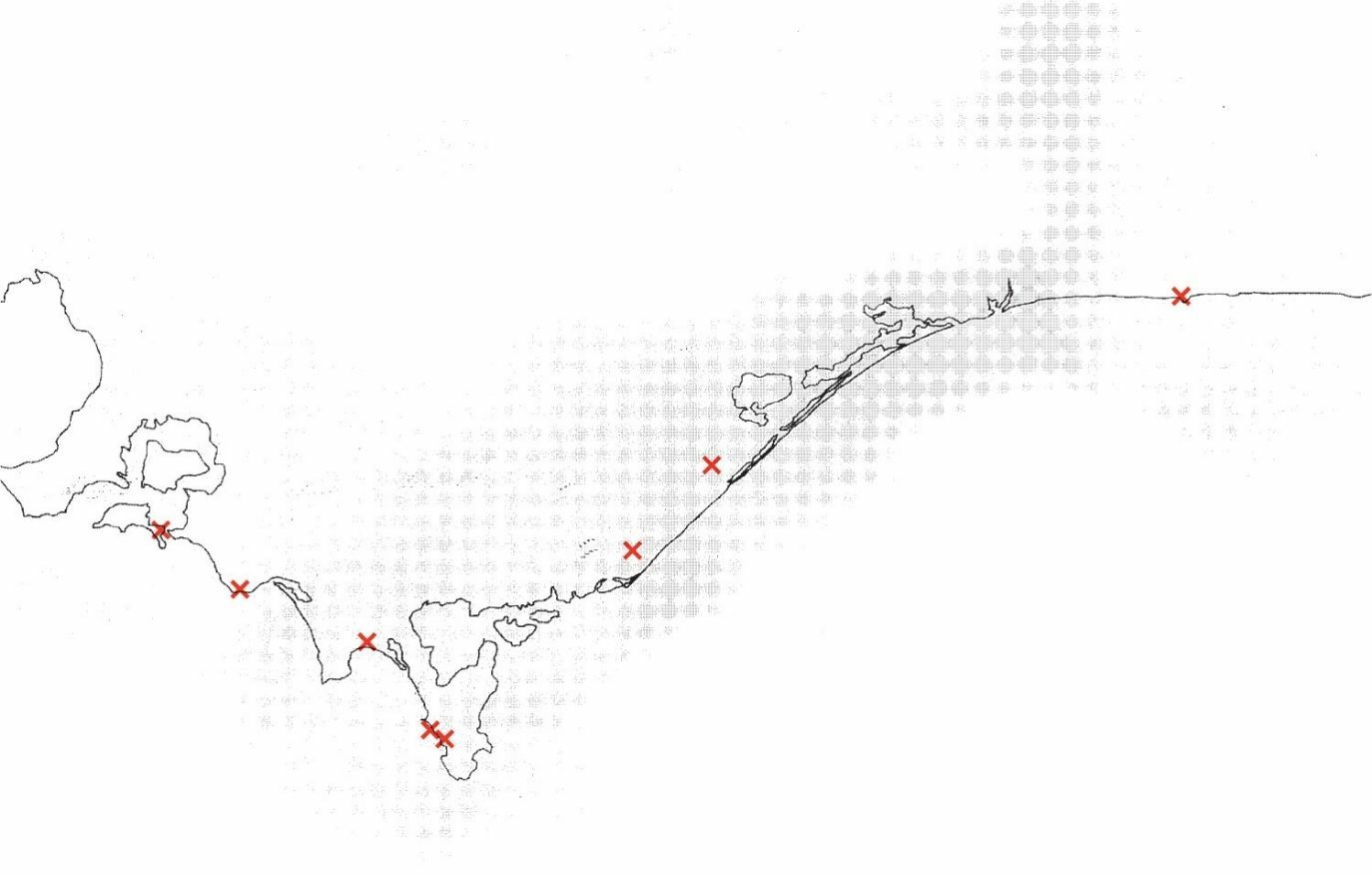 The top 10 beaches in Gippsland as voted by you!

We asked you, dear readers, for your favourite beaches of Gippsland and you didn’t disappoint, returning a list of stunning sandy beauties. The community of Seaspray were particularly vocal, and some hidden gems in the region will stay just that, hidden.

For an extra touch of the whimsy and nostalgia that a summer beach holiday often entails, we dove into the National Library’s archives to find some of the earliest print descriptions of our most popular destinations — their charm lingers on.

Seaspray ­— “Early on our first Sunday afternoon in Gippsland found us aboard the Dodge on our way to Seaspray, which is a charming little seaside resort on the Ninety Mile Beach, just 22 miles distant from Sale.

“A good road for motoring connects the two places, and winds through wild bushland of valley and hill, where grow, honeysuckle, bottle brush, myrtle, wattles and many kinds of shrubs and trees in profusion.

“Despite the fact that a boisterous wind was blowing, the sun was shining brightly and old and young were in large numbers on the beach, surfing or lazing the hours away in the pleasant sunshine.

“The boisterous wind blew towards the land, and as monstrous foam crested waves rolled shorewards, the happy surfers leaped on them, and obtained free and joyous rides.”

Norman Beach — “Formed by a diversity of country and linked to the mainland by a long and narrow isthmus Wilsons Promontory seems to have been designed by Nature for a national park. It is really a vast mass of granite with most of the features of the Gippsland wilds; noble ranges and hills going down to the sea, gullies rich in fern, wide stretches of “heath” land… little rivers and sylvan creeks and shining, level beaches that one day will be rivals to Bondi and Coogee.”

Waratah Bay — “The approach to Waratah Bay is of the most interesting description; as Cape Liptrap comes clearly in sight, a fringe of spray is seen to hang about the rugged coast like a mist, even when there is scarcely any motion in the water beyond the great ocean swell rolling in from the Pacific. Wilsons Promontory shows out imposingly too, with the Glennies nestling under the Western Coast, and the curious Cleft Island letting daylight through its rocks in a manner that suggests the construction of a high bridge… there is beauty to the scene.”

Venus Bay — “Yesterday the German barque Magnat had become still further imbedded [sic] in the sands of Venus Bay. Each high tide takes her nearer the enormous sand hummocks that fringe that portion of the coast.

“The process is so gradual that no movement is noticeable on the ship. She seems to be as ‘steady as a painted ship upon a painted ocean’, but the sea sand is as treacherous as the sea itself, and, although the Magnat looks to be fixed in a bed of cement, she still moves slowly on to a peaceful destruction.

“The officers on board realise this, and when questioned as to the chances of getting their vessel afloat again, simply shrug their shoulders, which, among Germans, means so much.”