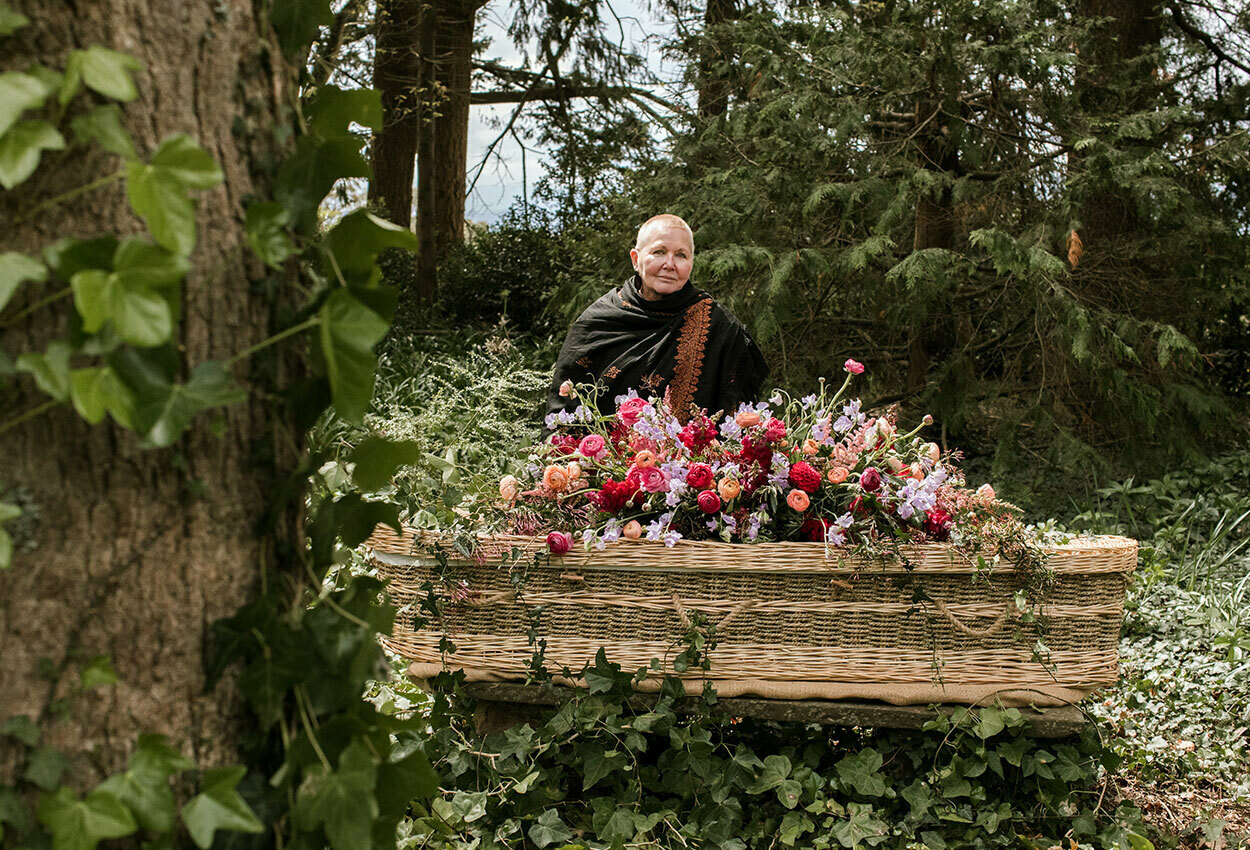 Grief is a natural, normal way of living. It can take us to depths we would not normally experience.

In the early afternoon sun, I was sitting in a single hospital room with a gorgeous woman who was dying.
-

As she was drifting in and out of consciousness, I noted a spider on the outside of the huge glass window facing me. It was gradually making its way towards an unsuspecting insect.

The lady softly called my name. I held her hand and said, “I’m here”. Before she became this weak, we had spent a few weeks in her space, talking about her fear of dying, her past, her intimate thoughts and her truth.

She drifted back to sleep. I turned my head slightly to see what had happened to the spider and the insect. I watched as the spider crept towards it and quickly wrapped it in its web.

I am a death doula. I’ve done many training courses in this area; some of these have been on being death walker, midwifing death and becoming an end-of-life advocate. Currently, I wear a few hats. I’m a lay Buddhist Chaplain in acute hospitals in Victoria, as well as an advance care directive facilitator and palliative care liaison coordinator for the Buddhist Council of Victoria.

After witnessing and being close to several deaths in my own life, I saw there was confusion, lack of understanding, and not enough clear, informative communication available for people during this period.

My first death experience was with my darling grandfather who chose to fast to death, and my eight-year-old son was present. My grandfather died at home; it was a peaceful and pain-free death. Then my husband was killed in a car accident when I was 30. Years later, my fiancé killed himself. My three-day-old baby nephew died in my arms, his poor weary mother had been told of his inability to live. My baby granddaughter died unexpectedly. I cared for my mother who had Alzheimer’s and she died with me present. These were just some. Life was letting me know that there is no certainty. Forty years ago, I became a Buddhist and began studying the teachings of impermanence, cause and effect, and death.

I am still studying.

In my role, I see people from all walks of life: some are secular, some of faith or different cultures, and I am there to help make their living to the end of their life as good as it can be.

I am not medical. I am more grassroots, more community. I see myself as a ‘death elder’.

I assist with getting affairs in order, such as wills, advance care directives, medical treatment decision maker, power of attorney and palliative care. I can help them to get community assistance,counsel, assistance with aged care or preparing the house so it is easy to get around and that the carer (that mighty carer!) is getting the support they need. I attend medical practitioner’s appointments with the person and we go through possible questions; I usually record and take notes during the consultation. At this time, it is not uncommon for people to forget what was said.

That’s my job. I write the biography of the person and give it to them and their loved ones. I mediate between family members. I sit in vigil with the person or child during their dying. I wash the body and dress them. I help to care for their body while they are at home. In Victoria, a deceased person can stay at home for as long as is required. A family I was with kept their loved one home for five days until they were ready to truly say goodbye.

For the last 100 years, dying, and birth, has been directed to a hospital. It became medicalised.

Yet death is about community, patience, presence and being of service.

I truly believe that each of us has this ancient knowledge within us. Though at times we may dismiss it, it remains there. We know how to hold our dying, just as a mother and father instinctively know how to hold their baby.

Grief is a natural, normal way of living. It can take us to depths we would not normally experience. Grief has had a bad rap: it’s not the enemy, just as death is not the enemy. The following quote from Dr Colin Murray Parkes explains it beautifully:
“The pain of grief is just as much a part of life as the joy of love: it is perhaps the price we pay for love, the cost of commitment. To ignore this fact, or to pretend that it is not so, is to put on emotional blinkers, which leave us unprepared for the losses that will inevitably occur in our own lives and unprepared to help others cope with losses in theirs.”

As a community, there is much we can all do to assist people. Rituals and ceremonies, secular and non-secular, can be a soothing, even a healing action, for the person near the end of their life and their loved ones. I have some simple rituals that I use and often give printouts to those who may want to use them. Together with the people at the ceremony, we may create their own ritual — one that echoes their beliefs, their ancestors and their wishes.

There is a lot of creativity in being a death doula. The arts can play a huge and important part in the stages of healing. I never say or use that word ‘closure’.

When a baby or child has died, this is tough and sad. Very sad. Which is why the person assisting the loved ones and the dying child would ideally be kind, patient, compassionate and wanting to engage all involved in creating something that gives them the sacred space to be present in a loving and connected way.

We meet superb human beings in this field. I met Lauren Murphy, who is a skilled photographer and is creating a service called My Living Funerals. I have previously assisted in two living funerals, sometimes called living wakes. It’s not as weird or creepy as it may sound. We are all interconnected in so many ways. Our connections, stories and shared memories can be a most powerful way to show respect and love for someone who is nearing the end of their life.

Both living funerals I assisted with were magnificent. How many times have we attended a funeral and thought, ‘Gosh how lovely if the person who died could listen to these stories’? Undertaken with great sensitivity and creativity, a living funeral can leave a powerful legacy. Lauren is eager to create these for people, and she has the perfect personality for this work.

People have asked me, ‘What happens after we die?’. I cannot truly say that I know, and I say that. People will often talk about what they believe happens; we can then rest in that together.

I often give examples of things that highlight that there are forever beginnings and endings throughout our lives. For example, when we are inside our mother’s womb, we think that is our home. We don’t know it is our home, but only for a certain amount of time. We rest in that warm, safe place where we receive food and comfort. Then, when we are born, we experience another reality. Perhaps death is another doorway to a new reality.