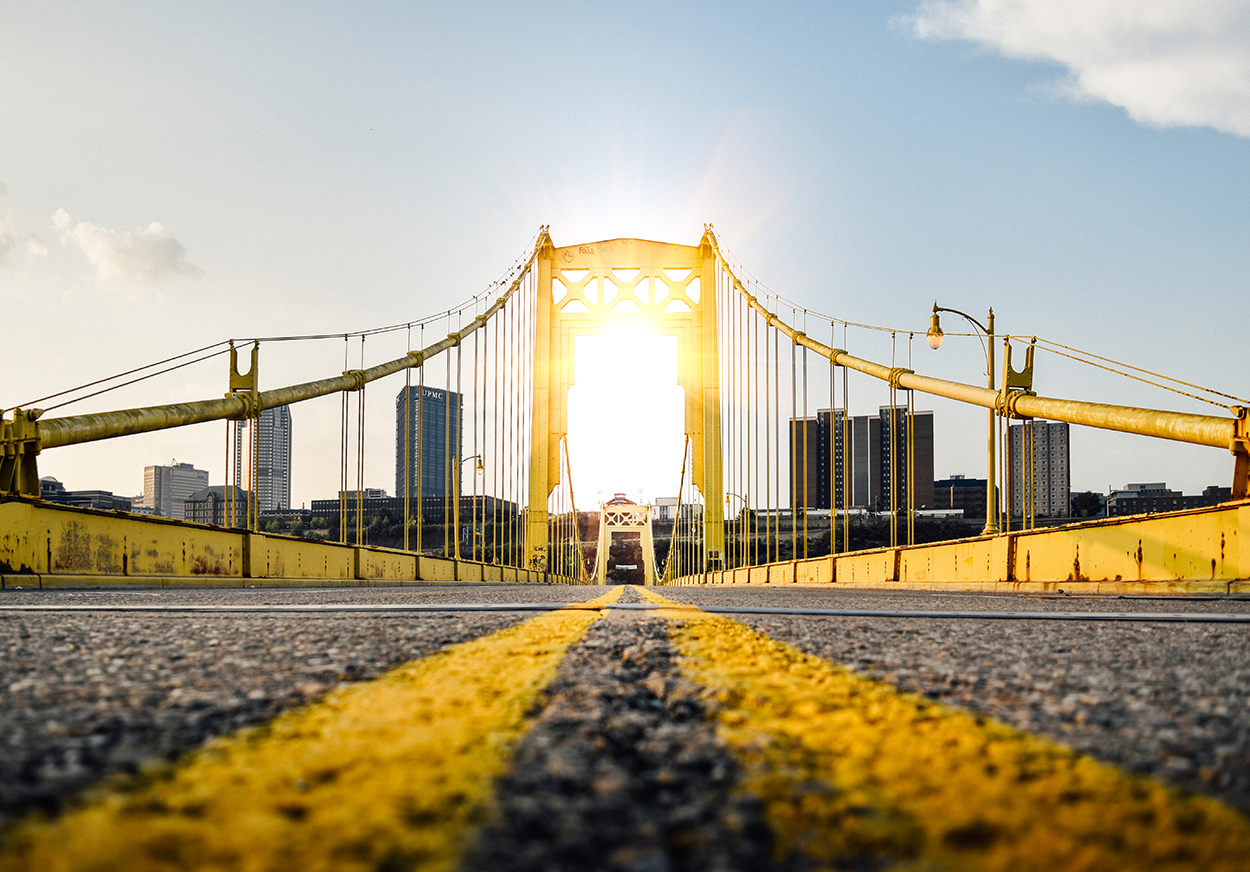 Although the uptake of the ride sharing app developed by Uber Technologies Inc. has been somewhat slow in propagating throughout our region, we’re all well aware of the havoc Uber has been instigating to many of the world’s traditional transport systems. With the arrival of autonomous vehicles on our roads rapidly approaching, and Uber being at the forefront in the development of this technology, we leapt at the opportunity to learn from the former-Warragul resident, now Senior Engineer at the Uber Advanced Technologies Center in Pittsburgh, Sam Gundry.
—

Can you please describe the path that led you to be working at Uber Technologies Inc.?
The most obvious reason I’m now at Uber is because I was already living in the United States. I arrived there after relocating for a job with Amazon Web Services in Seattle in 2014. Amazon regularly recruit software developers from Australia. Once in the US many opportunities in tech become open to you. My LinkedIn profile allowed Uber to find me. I wasn’t looking to leave Amazon, but the opportunity to combine my passions and skills to impact self-driving was too tempting.

Thinking back, there are a few pivotal moments in getting here:

I guess three things personally helped me:
1) A willingness and fortune to take a risk moving jobs and cities;
2) I have never stopped enjoying learning and being curious;
3) My parents actively supporting, facilitating and encouraging education.

What’s your role at the company and can you describe a typical day?
I’m working on simulation as a Software Developer for the Uber Advanced Technologies Group. Put simply, simulation is like a computer game driving through a city where the “player” character (controller) happens to be a self-driving vehicle (SDV). The SDV receives inputs from the game world, e.g. pedestrians and traffic, and then reacts accordingly. Generally, simulation can be used for testing and validation, as well as for developing machine learning algorithms.

A typical day will have lots of discussions among our immediate team. Contrary to popular perception, software development is incredibly dependent on human interactions! Your code does not exist in a vacuum - your current and future team mates need to maintain it. The computer only cares that your code compiles, your colleagues need to understand and frequently modify it.

Daily, I will discuss and review designs, often with a whiteboard or via a document, to make sure we’re building the right thing for our users and to maintain the code. I may spend a couple of hours reviewing code colleagues have submitted (all code is reviewed, no matter who submits it). I still manage to code a couple of hours most days, but coding does become less frequent as you get more senior roles. Oh, did I forget bugs? Yes, working with team mates and users on finding and fixing bugs. Fun. Fun! (That’s the less glamorous part.)

How do you think self-driving vehicles will change our current conventional travel?
Self-driving technology at scale means shorter commute times, less congestion, and generally safer roadways. For example, a recent study by the International Transport Forum of the OECD found that a shared, self-driving service could reduce the number of cars on the road by 90% or more. Another study by National Highway Traffic Safety Administration (NHTSA) posits that 94% of car crashes in the U.S. are caused by driver error. And — in America, 10 percent of Uber riders under 30 years old say that they’ve either given up their car or are no longer planning to buy one.

In your opinion, what’s the most exciting prospect of this technology?
The most exciting prospect is that I’ll never have waste time holding a steering wheel when I could be reading or coding. Also, what becomes of so many car parks and parking lanes in cities the world-over? I’m picturing more green space, maybe more bike lanes and more public space. That’s a lot of important central land.

How does Uber’s efforts in this field separate it from other technology companies that are pursuing this goal?
First mover advantage helps, but it really comes down to having the best network (with the lowest Estimated Time of Arrival (ETA) for riders and the most business for drivers), the best product (easy to use, fast rider and driver apps) and the best customer service (we’d be the first to admit we’re not there yet, but are making great progress). It’s the combination of the network, product and customer experience that wins.

Looking back home to Warragul and Gippsland, how do you think Uber’s self-driving vehicle could influence the region?
Warragul, and especially the farther afield regions of Gippsland, are relatively remote. People who find it difficult to drive at night, drive long distances or have disabilities will benefit from cheap, reliable and efficient self-driving transport. They’ll be better able to visit their families, their communities or their health services. At a personal level, growing up in Warragul, being around footy clubs and schools, I knew of many car accidents. Self-driving has the potential for much safer roads. This can only be a good thing.

What do you recommend people study to get into a field such as yours? Any tips to land such a sought-after position?
Ideally, study what you are passionate about. If you find yourself reading and learning (and doing) about a subject at home for no reason other than fun and interest, then study that! Programming just happened to be this for me. Computer Science will give you the fundamentals and an opportunity to study the basis for software in fields of automation, augmented reality, virtual reality and machine learning.

Tips… Be willing to change jobs if you’re not happy or you’re not growing and learning. Don’t be beholden to money, but at least try to save up a little so you’re not stuck. Apply for jobs that appear slightly out of reach - you’ll never know if you can actually land the position and you’ll learn trying. As a generalist, I’ve taken jobs that are slightly different from my previous position and this helped me get a job with Amazon that was unrelated to computer graphics.

When can we expect to see an autonomous Uber driving the streets of Gippsland?
Our pilot studies in the U.S. are big steps forward, as real-world operations are critical to the success of this technology. But, I can say that it’s still very early days for this technology, so I can’t say for sure about where we are going next, or when we will be in Gippsland specifically. We are always looking into ways we can share this technology with more people. Stay tuned!

Once you achieve success at such a high level and in demanding project, what would you like to turn your attention to next?
I don’t believe I’ve achieved success yet at Uber - I’m trying to simulate the world after all! If I was to take several years off and build my own project, I’d try to use my skills and technologies to make this world more empathetic, more understanding, more cohesive towards each other. Lofty goals, I know. Technology in recent times has not brought us closer, but thrown us at each other virtually and anonymously - on forums, social media and news media article comment sections - without a shared direct understanding of each other. I don’t know: could I create an Empathy Simulator?