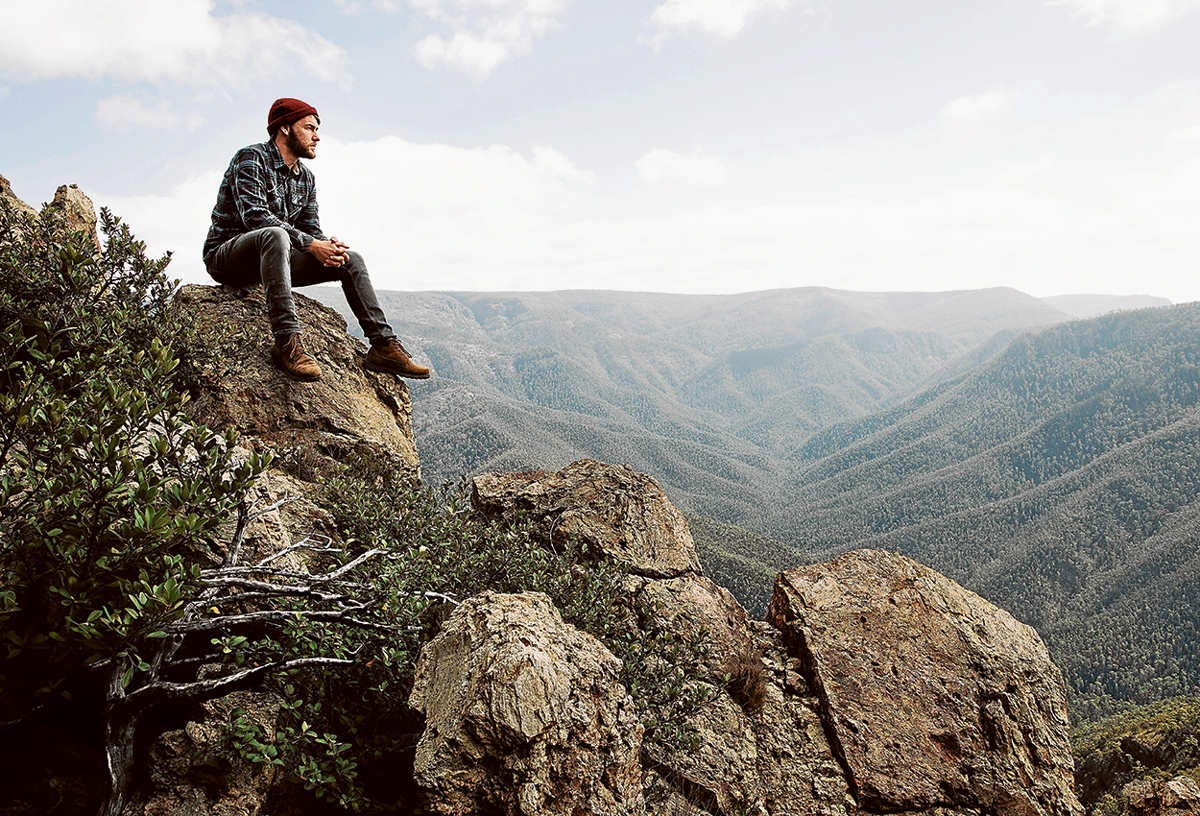 To live in these woods is to survive, and to survive with these wild beasts is to dominate the local food chain.

There is great opportunity to hide amidst the shadow of a mountain. There are fierce terrain, diverse landscapes and endless forests spanning to the edge of each horizon. To live in these woods is to survive, and to survive beyond the primordial generation is to dominate the local food chain. Our apex predator, of course, is none other than the elusive Gippsland Panther. Our hunter is Olsen, who identifies himself as Arnald.
—

A reader detailed a recent encounter with the dark, marauding feline in the mountains of Buragwonduc, East Gippsland. The incident had occurred during the evening of a multi-day hike between two peaks of the alpine region. Whilst seeking refuge in the warmth of the campfire, a barely audible snap of a branch caught the man’s attention and he spotted a glistening set of reflections. Flames replayed back in double; but from afar, in what can only be described as ‘the eyes of something terrifying’. The following morning the man investigated the area of forest where he’d been stalked only hours prior, yet only minor signs of disturbance existed at the scene of the encounter. ‘Minor’ compared to the large depression of a clearly visible paw print in the soft, waterlogged soil. 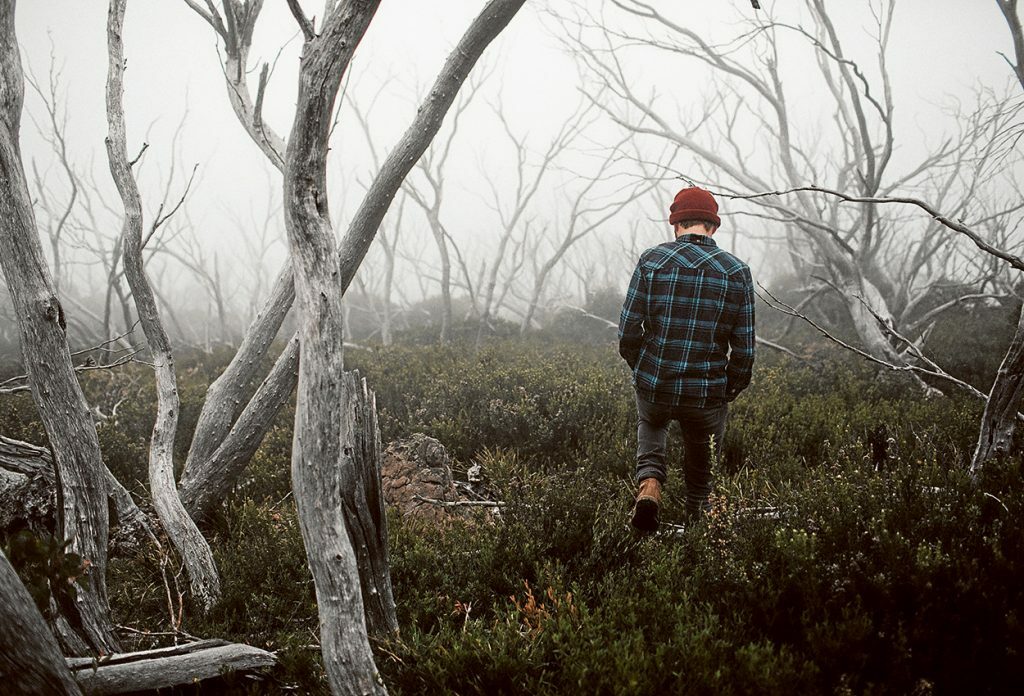 What defines the line between the hunter and the prey? Are Arnold’s attempts at tracking this mythical beast that of a hunter, or by being led aimlessly through the forest does he become the hunted? There’s only so far the game of pursuit can be pushed before you’re constantly playing catch up, and the taste of defeat grows sour on your tongue. A hunter’s life is one of solitude, silence, and isolation. There are no allowances for incidental noise, for distraction, for anything that may even only slightly reveal your location. A hunter must remain an enigma, a ghost. Yet, when the prey is one of few hyper-carnivorous mammals on the planet; even as a ghost, you’re always one step behind your trophy. 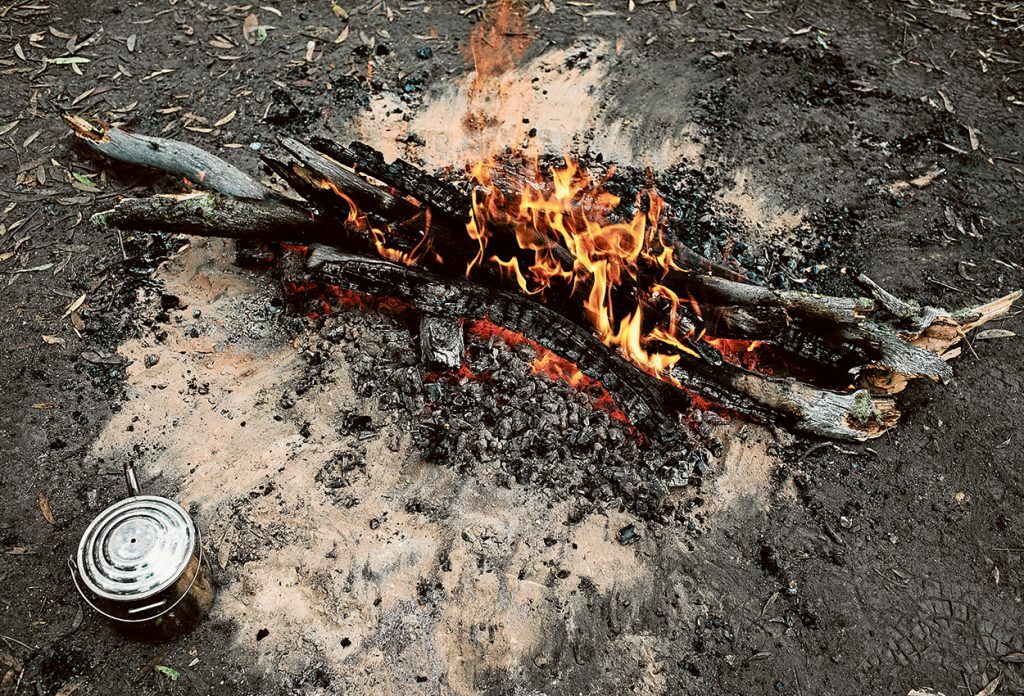 To identify and therefore prove the existence of the of the prized mountain cat, Arnald’s actions must be planned days in advance of any predicted move. It’s been months since the initial encounter. An entire season shifted without even a hint of the presence of the enormous feline. With thousands of kilometres passing beneath the Nordic game hunter’s feet, the transition from aspiration to requirement had set in, and the desire to discover the animal's existence was no longer a want, but a requirement.

Arnald’s lack of human contact since our last discussion was beginning to show in his demeanour, although his chagrin was immediately extinguished once discussing his proposed step forward. Snares. 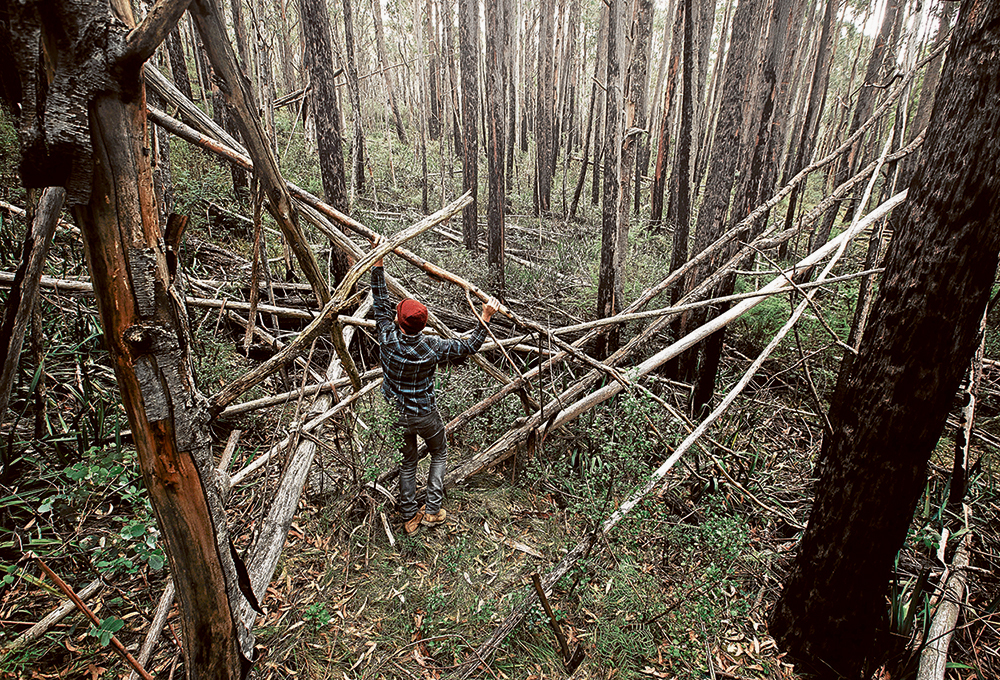 If you can’t find it - trap it. But this is no rat, rabbit, or conventional vermin. This creature is cunning, smart, and untouchable. In order to build an effective snare, the trap must be designed with intelligence, strategy, and fortitude. The answer - camouflage. Using only materials sourced from the forest, Arnald constructed an arena in which success should be imminent. A lure had been carefully positioned, and via the utilisation of naturally felled timber, the snares had been constructed to enclose the target. Surely, trapping the reward. All that is left is to continue to wait. But this time, it’s advantage, Olsen.

Head here to read Part One of the hunt for the Gippsland Panther.
Help Arnald find the panther, and email your sightings to — findthepanther@gippslandia.com.au. 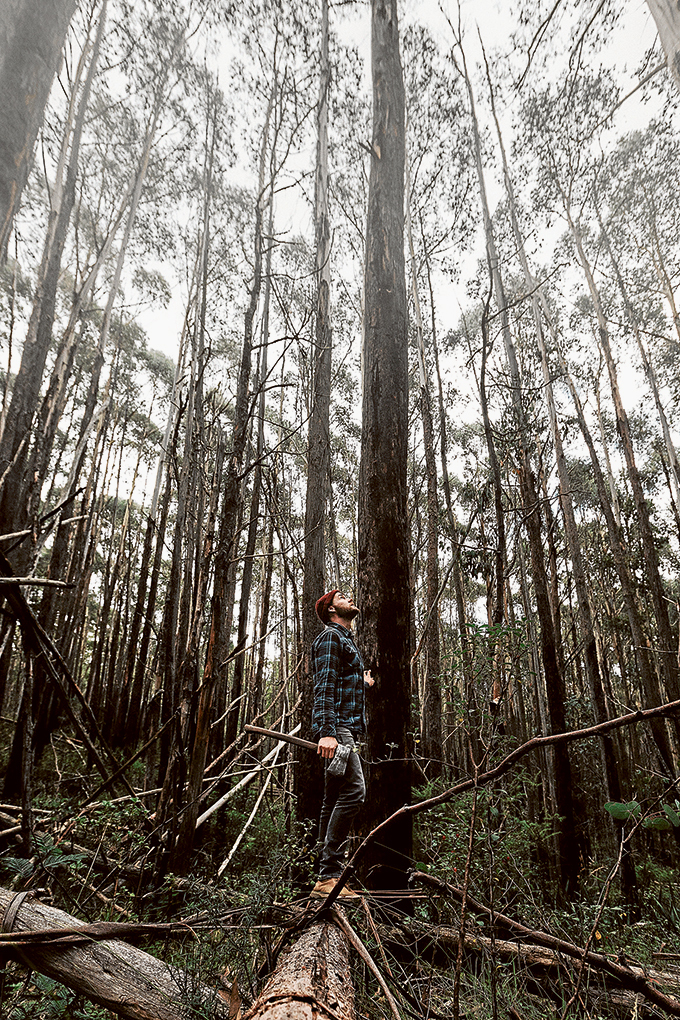