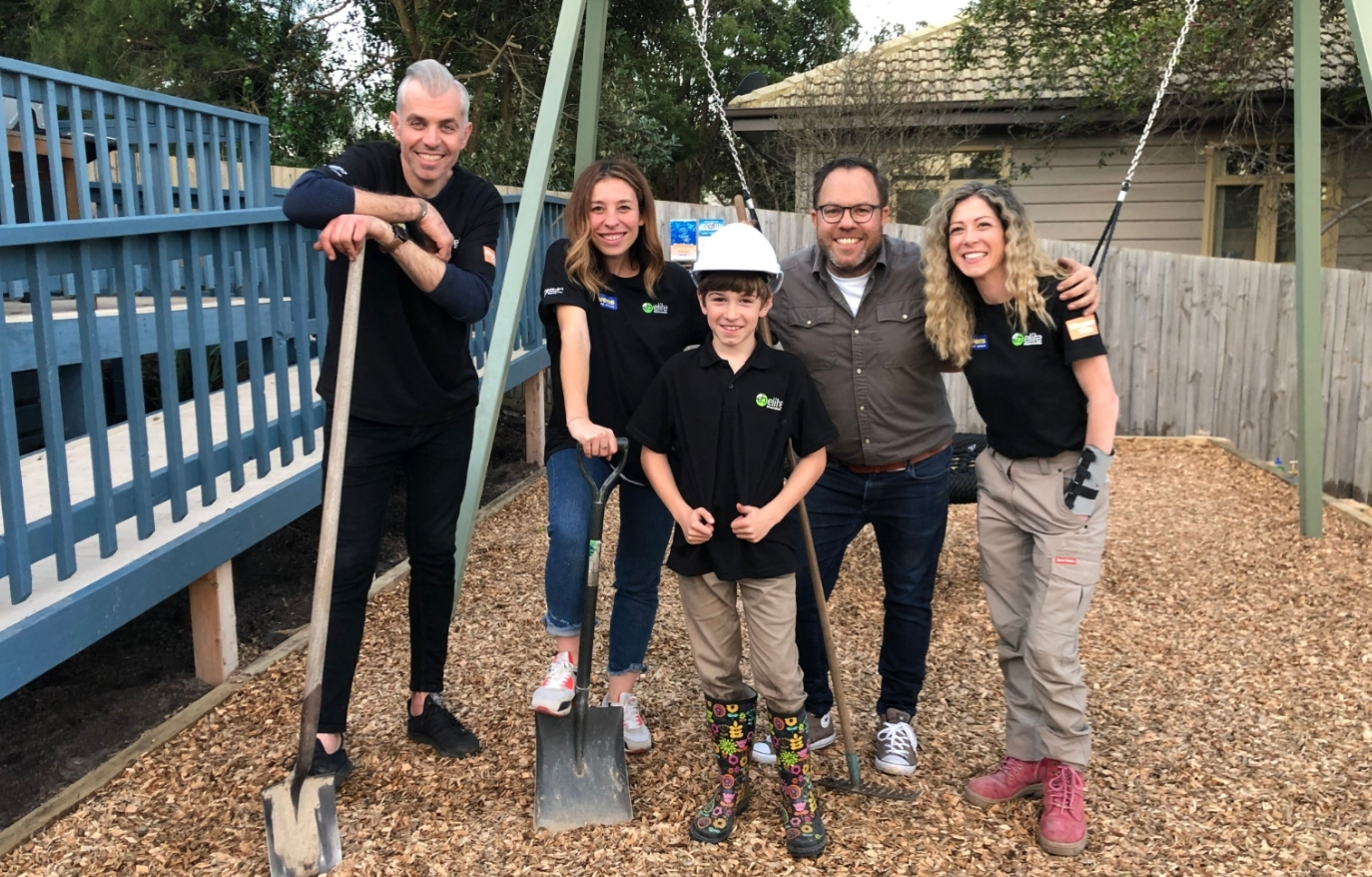 Melon's cottage stands in memory of Eli Charlie Simpson, fondly known as Melon, who lost his battle with cancer at 13 months old.

The cottage allows for Challenge families to take a break and spend quality time together.

Challenge is a not-for-profit organisation that supports children and their families living with cancer, from the time of their diagnosis, throughout the treatment period and beyond.

In a lovely coincidence, we actually provided a glimpse of this wonderful organisation in our previous edition, as another fine Gippslandian, renowned political cartoonist Mark Knight, created Challenge’s mascot, Leuk the Duck.

Melon's Cottage is a great place for families to regenerate and have some time away.

Challenge believe that children and families who have access to fun experiences and practical support are better able to cope with the pressures of a life-threatening illness. This is why Challenge partnered with the Simpson family of Lakes Entrance to offer holiday accommodation named ‘Melon’s Cottage’.

The cottage stands in memory of Eli Charlie Simpson, fondly known as Melon, who lost his battle with cancer at 13 months old.

Melon’s Cottage allows for Challenge families to take a break and spend quality time together. The cottage is fully self-contained, sleeps up to five people, and has a beautiful memorial garden and swing set outside. Really, it’s a great place for families to regenerate and have some time away.

Gratefully, we were able to chat with Jodie Simpson about Melon’s Cottage and the heartwarming renovation to be presented by Open Homes Australia.

“This project means the world to us. It has been about three years of fundraising so far, and we’d been working on ideas and plans for a layout for about six months. To have the work done, pretty much to the ideas we had in our heads, was amazing.

“This is going to make such a huge difference for the families that come and stay with us. Honestly, it just makes my heart so happy. 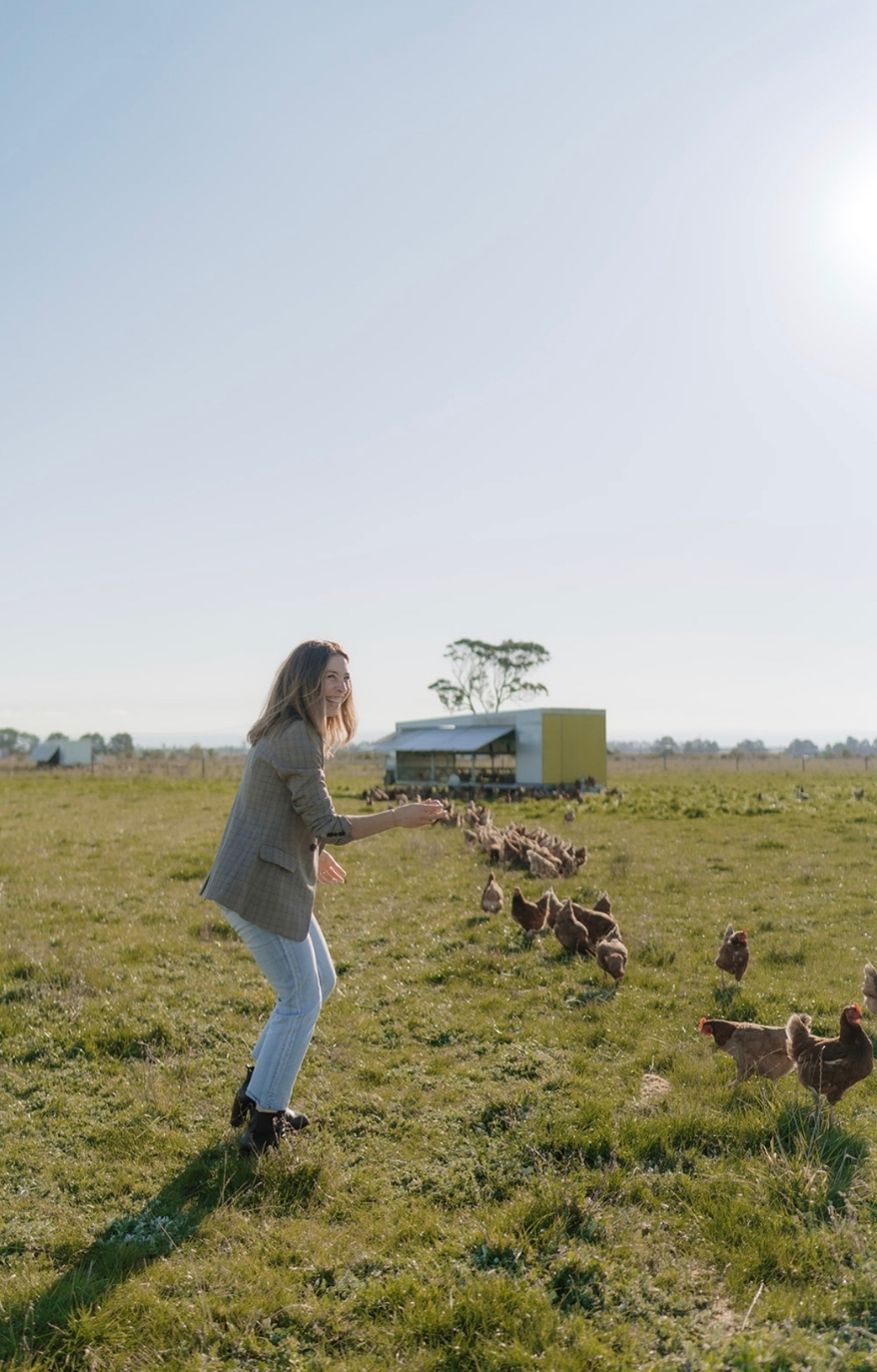 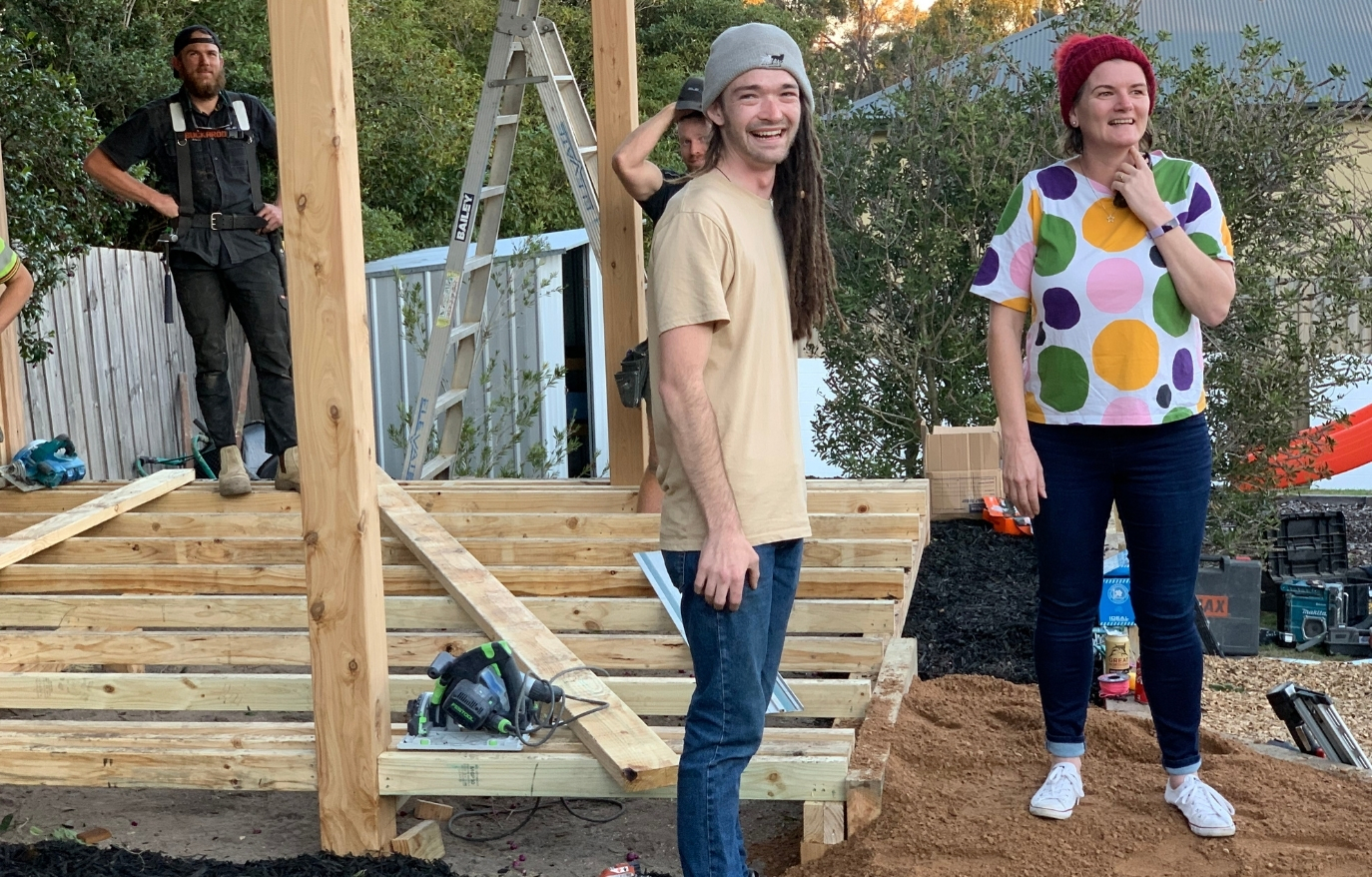 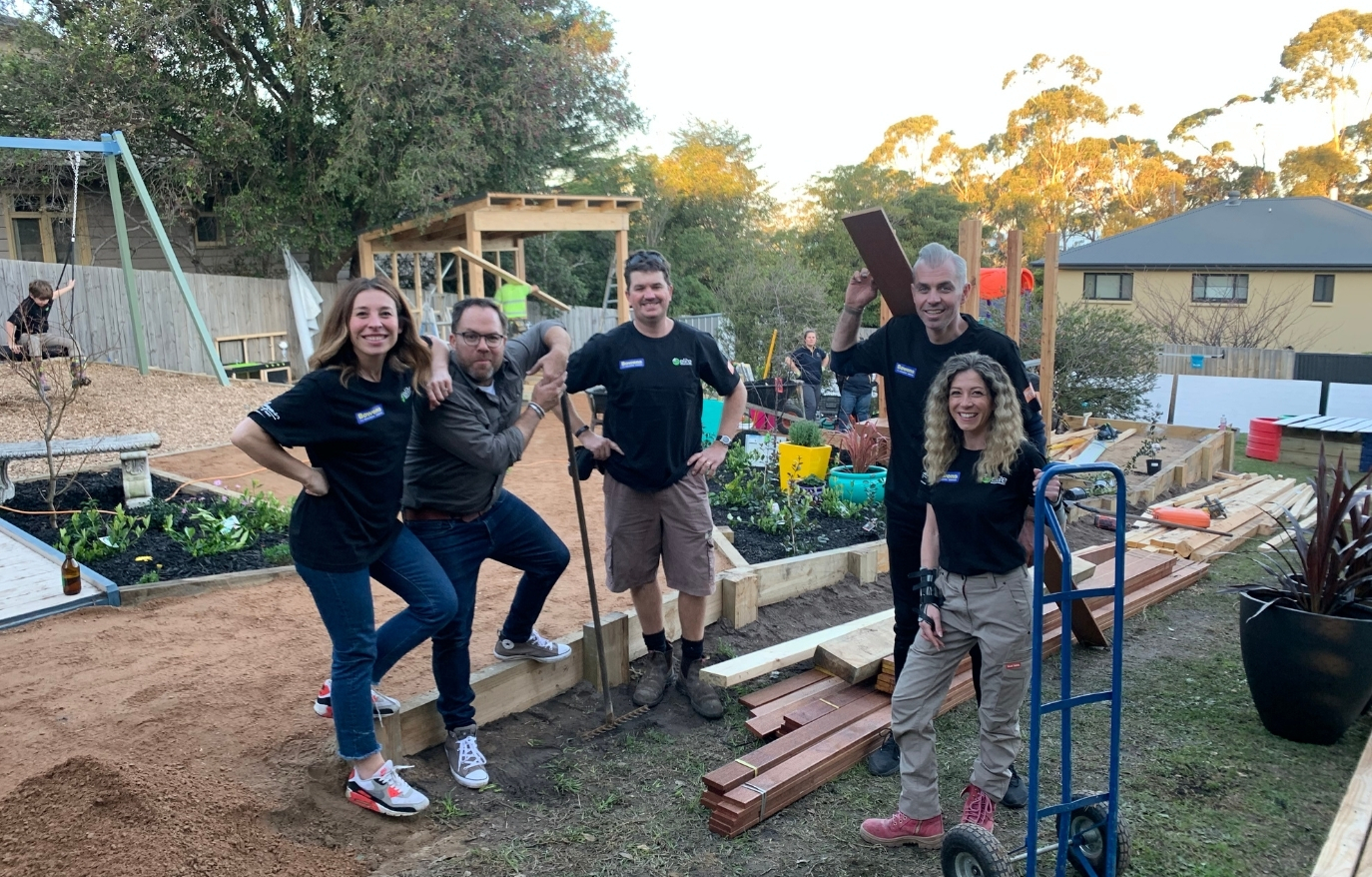 “When I walked down the driveway to see so many faces who have been with us since the cottage opened in 2012, it was really humbling. Many of our friends and family own small businesses and to see them take a day off to be with us after the year we’ve had with bushfires and now COVID, continues to reinforce that Eli meant a lot to many people. We do this for the families who stay with us and to keep his memory alive.”

Jodie explained that she’d given the renovation a two-year timeframe in her head. To have the backyard basically complete was a shock, but it now means the family can spend a lot more time together.

Jodie and her husband, Peter, added that, “To the people who have fundraised, donated and were by our side to help with the planning and project managing on the day, we cannot thank you enough.

We do this for the families who stay with us and to keep Eli's memory alive.

“We can’t wait to see the reaction of the families who come and stay. We hope it brings lots of joy, reflection and that much-needed time together.” 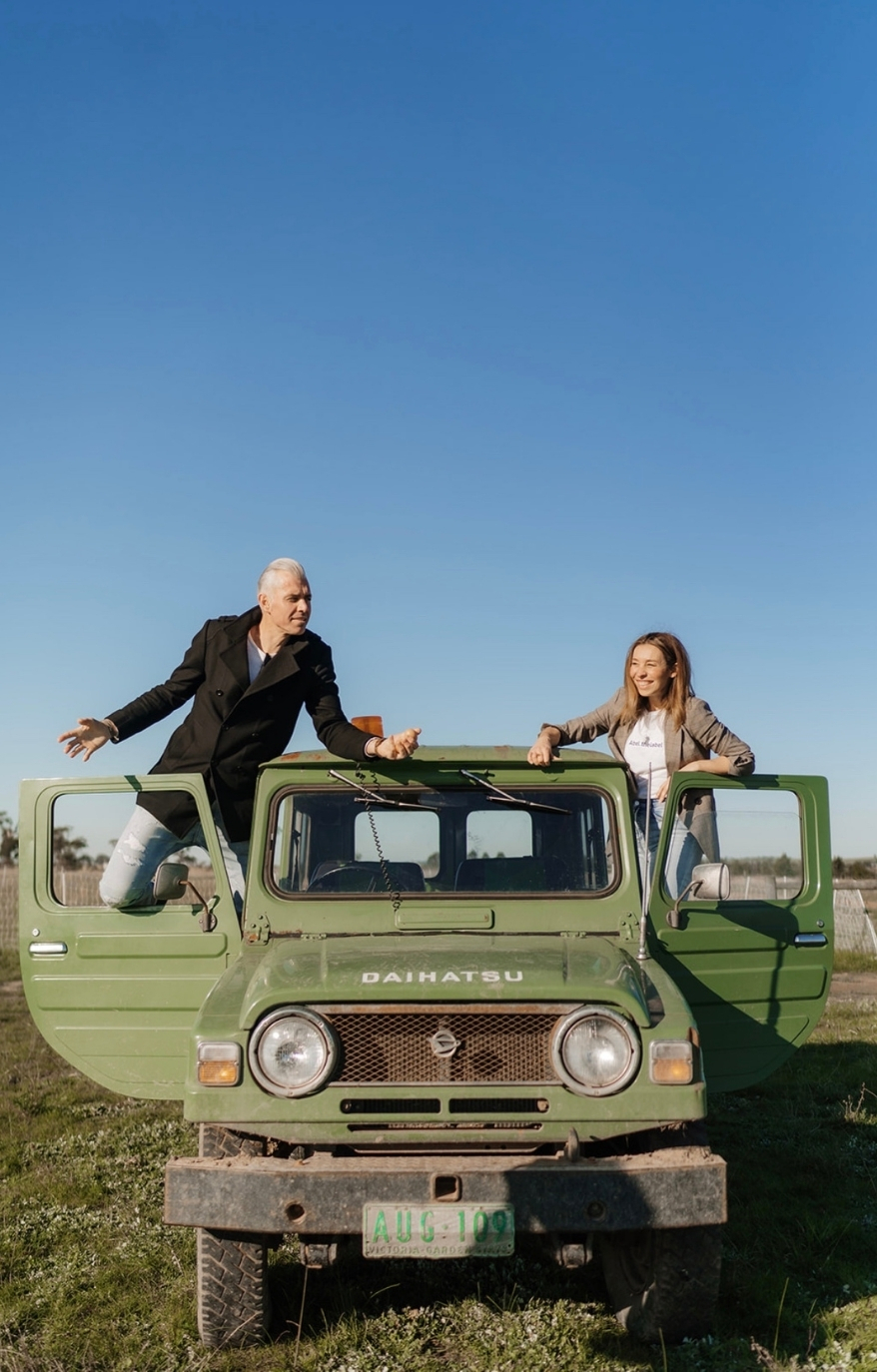 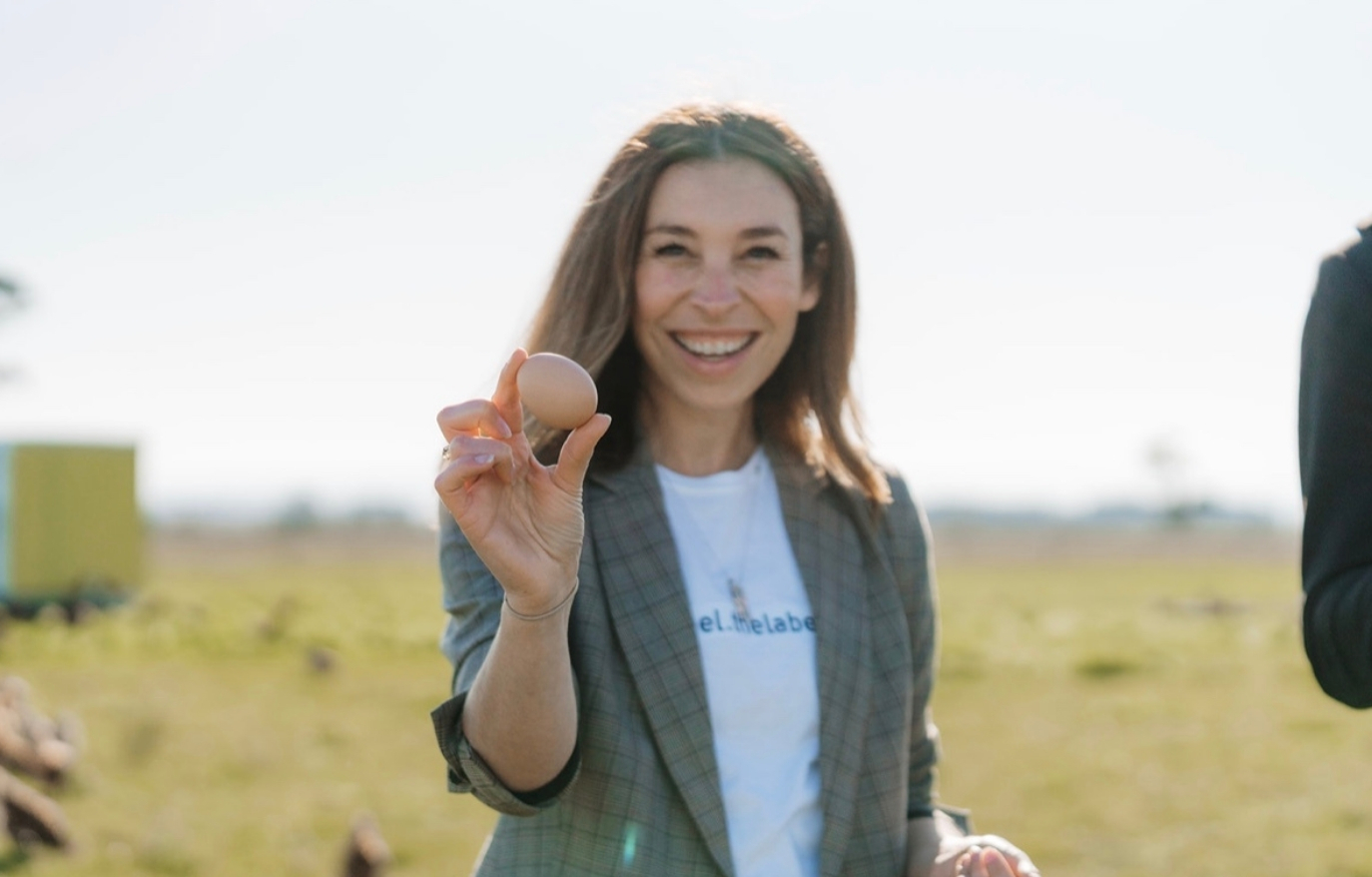 After seeing the destruction of last summer’s horrendous bushfires, then hearing how the current public health crisis was affecting local businesses, Open Homes Australia co-producer and co-presenter Bessie Kay was determined to “bring attention to an area that I truly love and to the communities and families that could benefit from the exposure”.

As a fellow Gippslandian, Bessie is quite passionate about exposing all the wonderful things that Gippsland has to offer and we were fortunate enough to collaborate with her (and her infectious enthusiasm) on the Book of Life cookbook last year, which was featured on the Behind The Sash episode that showcased our region.

After what was surely an energetic pitch, Open Homes Australia’s directors Sam Behrens and Shaun Garland of Northlight Productions supported the creation of a one-hour Gippsland special episode titled ‘Taking The Next Step to Rebuilding a Region’. As the first episode of the new series, it will have a premium position and air on the Nine Network in November.

Ordinarily, Open Homes Australia is a home enthusiast’s dream, showcasing the best homes and gardens from around the country, as well as sharing cooking tips in a chef’s own kitchen and design guidance from industry professionals. The Gippsland episode will be different from the norm.

Juggling the COVID restrictions, Bessie revealed that the show managed to snag an extremely tiny opening for her and co-hosts James Treble and celebrity chef Adam Swanson to actually record the episode. They kicked it off with a road trip from Tullamarine airport through to Traralgon to examine the local real estate market with Wilson Property and with twin brothers Nick and Josh Egan from Astute Financial.

They then took Adam on a tour of local produce, calling in to see Greg Forster and Felicity Cassano at Gippsland Pastured free-range egg farm, Kingfisher Citrus with their new farm gate and Myrtlebank Roaming Farms, where Bessie says minds were blown by the concept of having all the freshest produce available in an unmanned stall on a side road near the freeway. The team had taken a large empty esky on their travels, thanks to a recommendation by Erin Boutros, Eleanor Baillieu and Elise Mason of The Empty Esky Trail (and an alliteration dream) — it was full on the first day of the trip!

The crew then enjoyed a beautiful sunset evening in Loch Sport with the amazing community there, before continuing onto East Gippsland and the beloved Melon's Cottage.

A highlight of the night in Loch Sport was Wellington Shire Mayor, Councillor Alan Hall, reciting the lyrics of the famous Johnny Farnham song, ‘Freedom’.

From the mountain to the valley
From the ocean to the alley
From the highway to the river
One emotion to deliver
One heart, one way, one love
To share, but not to chain…

But instead of belting out That's freedom!, it became That's Gippsland! 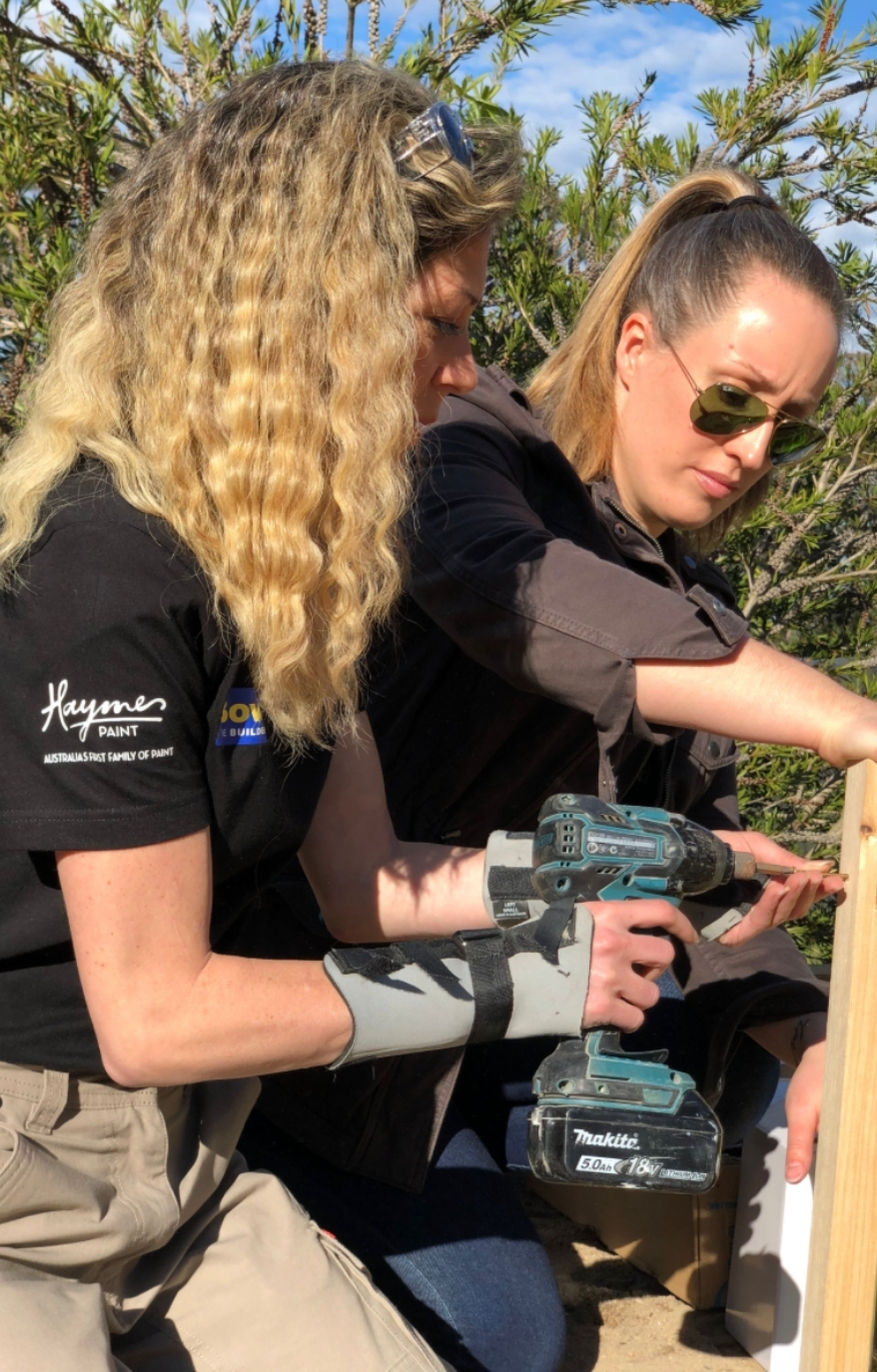 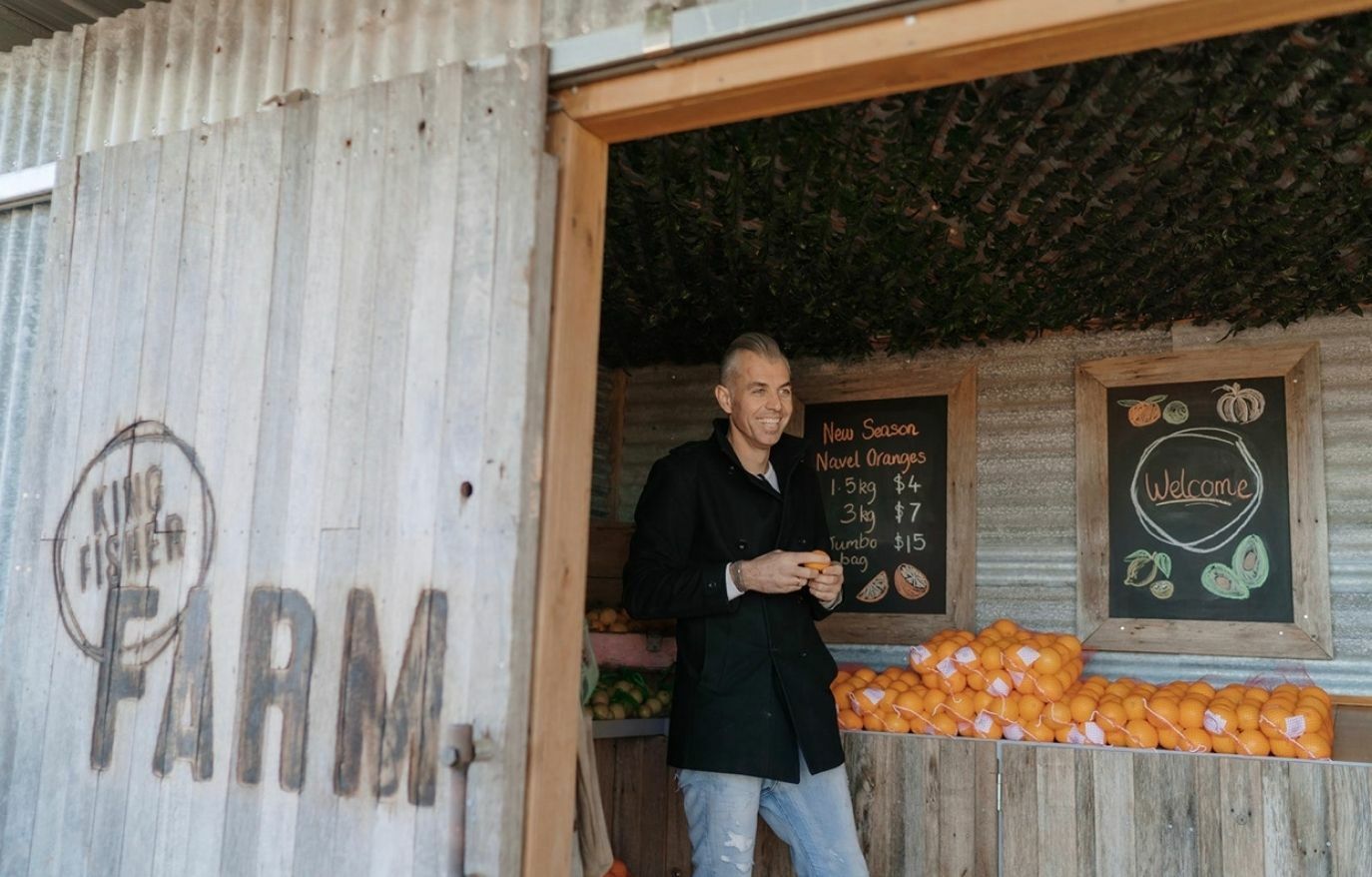 After hearing the Simpsons’ story and the background to Melon’s Cottage, Bessie says the entire production team and brand partners, like Elite Building, wanted to take on a project for the family that was far greater than anything they’d originally discussed. They had to do it in less than eight hours and, most importantly, without Jodie Simpson knowing.

An army of people liaised, planned and plotted constantly for two weeks to make sure everything was in place for the perfect backyard renovation. Jodie had very thoughtfully designed her dream backyard and the project team wanted to really deliver on that dream.

The highlight for Bessie was seeing Jodie’s face the moment she walked up to the cottage; also, speaking with some of the community who know Peter and Jodie well, “It was beautiful to hear them speak of the family with so much admiration. Jodie, Peter and their young kids are so loved and after meeting them all it's not hard to see why.

An incredibly inspiring and unforgettable family.”

It’s television with a purpose, made by people with strong local connections to showcase our region’s remarkable community. Here's hoping we see more of it!

A big thank you to the businesses that helped make the Melon’s Cottage backyard renovation possible.