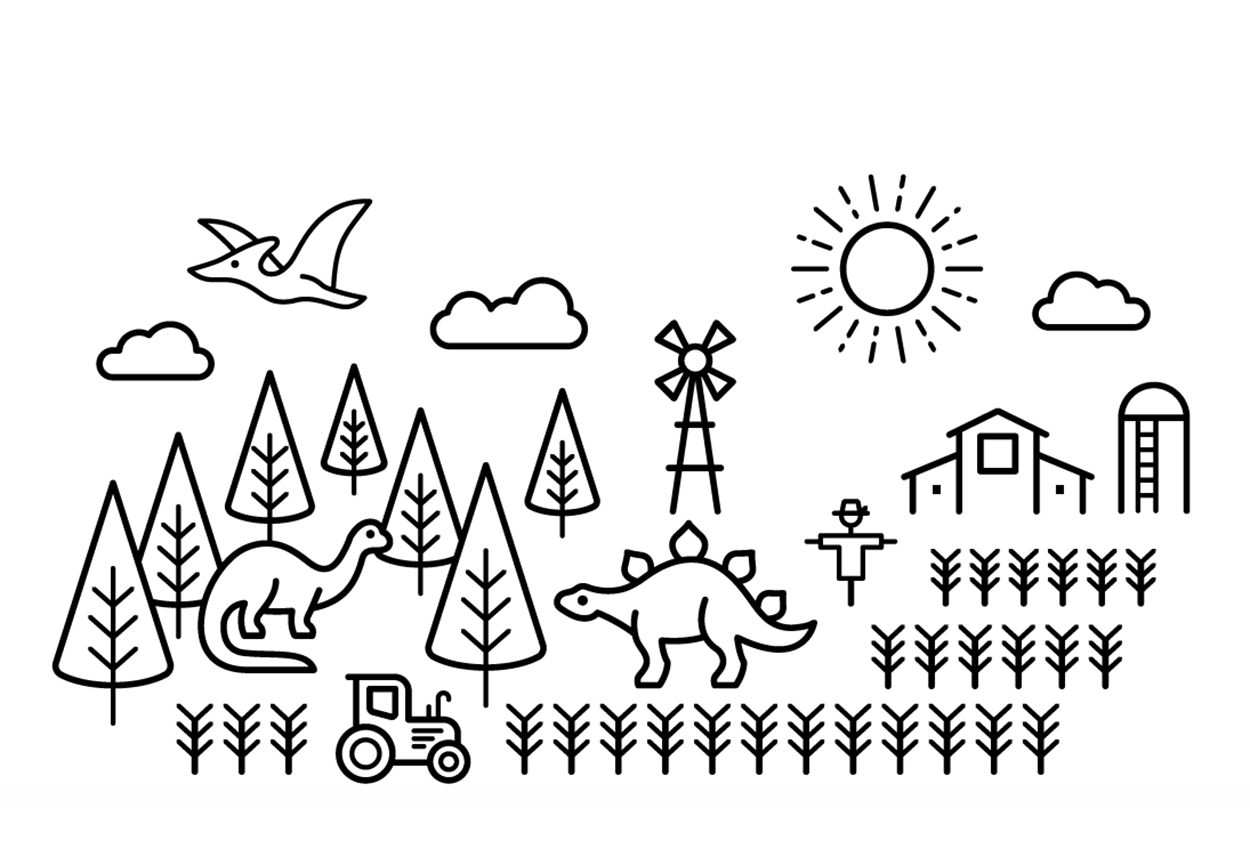 A new life for old coal.

Morwell's Omnia Specialities Australia are utilising a beneficial use for brown coal - a rock with an image problem.

Brown coal is bad. Not many other rocks can claim a reputation that’s quite so negative, especially given the growing attention on human-induced climate change. That’s why learning of Omnia Specialities Australia was so refreshing — they’ve challenged themselves further and found a beneficial use for the rock with an image problem. —

Omnia, who are based in Morwell, began their research into deriving agricultural grade humic from coal over 30 years ago. Omnia Specialities Australia’s Managing Director, James Freemantle, explained that after a few years, and numerous trials at a laboratory scale, they began small scale commercial production of K-humate, a rich humic-based soil conditioner and biostimulant that would prove to have a positive impact on soil and plant health. After gaining an understanding of the potential of their product, the company, then HRL Agriculture, started exporting the K-humate to South Africa, first in small consignments in 200-litre drums then slowly building to full containers. In 2002, Omnia South Africa were HRL Agricultures biggest customer, and the then Managing Director of Omnia South Africa, Mr Rod Humphries, visited the Morwell site. Rod was impressed with what he saw, motivating Omnia to purchase HRL Agriculture in 2003, which resulted in the creation of Omnia Specialities Australia. We’re guessing that many readers have never heard of Omnia or k-humate, but they represent another unsung Gippsland business success story, as they’re the Australian and global leader in the development and manufacture of speciality fertilisers and biostimulants including humates, fulvates and kelp products. Here’s something to be proud of — our brown coal fields are the only known source of high-quality humates in Australia, currently producing what is possibly the richest of all humates mined in the world. As Omnia explain: These brown coals or lignites were formed when Australia was part of a great land mass called ‘Gondwanaland’ some 20–50 million years ago when dinosaurs roamed the earth. In geological time, this period was between the Late Eocene and Middle Miocene ages when, in waterlogged environments, plant and tree debris accumulated. As the layer of debris increased in thickness, the floors of these vast swamps subsided slowly and the plant material was decomposed by the action of microorganisms. Over time plant material decomposed under a process called humification, which resulted in the formation of thick layers of rich peat and humic materials. This is why some people call our brown coals the ‘50-million-year-old compost’. As this material is covered with sediment, the combined effects of time, temperature and pressure convert the peat firstly to brown coal and then to black coal. Black coals have no humate, but our brown coals are rich in humate, being relatively young. The benefit of K-humate is that it provides the soil with greater nutrient and water holding abilities, a readily available carbon food source for beneficial soil microorganisms, and better soil structures. As James details, “This is nature’s way of minimising nutrient losses in order to maintain long-term soil fertility and to ensure sustainable plant growth. “Humic acids also improve the wetting ability and water holding ability of the soil. K-humate provides a helping hand to farmers and growers to achieve greater crop production through a more effective use of applied fertilisers and maintaining long-term soil fertility”. With the growth of the world’s population unlikely to slow down in the near future, these ‘softer’ biostimulants are going to be in greater demand. Being utilised to benefit crop production is definitely an improvement on brown coal’s current branding issues, especially considering that the number of hungry bellies on Earth continues to increase and we’re going to need more food to feed them. In October this year, James and the Omnia team announced that they’d achieved Stage One of their redevelopment — using all local contractors and businesses to complete the works — making their Morwell site a global hub for biostimulants. They’re not looking to slow down any time soon either. James explains that, “the global market for biostimulants is projected to reach over US$2 billion by 2020. On a regional basis, the big growth will be driven by Latin America (key countries being Argentina, Brazil, Colombia, Mexico), Southeast Asia and India… What is exciting is that Omnia Australia is currently exporting to all these regions and our new capacity will allow greater ability to meet this growing demand”. Let Omnia be lesson for us all, that something that’s seemingly negative can become surprisingly positive, if we’re really willing to grapple with the problem and apply some original thinking. And yet again, we uncover another business in Gippsland achieving success on a global scale. All we needed to do to find it was to turn over a misrepresented rock.