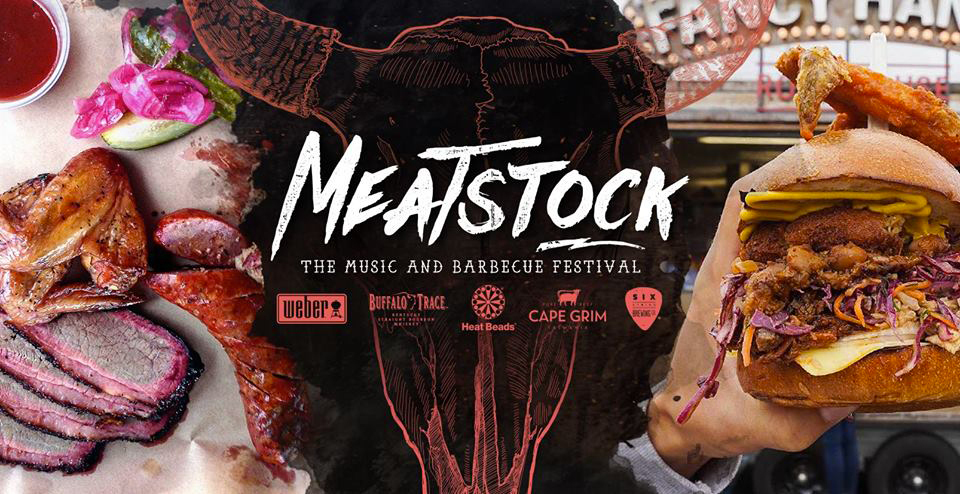 A cut above the rest.

The two Gippslandian butchers battling it out in the 2017 Meatstock 'Butcher Wars' would love having you cheer them on - we're giving away four free tickets, so you can do just that!

The two Gippslandian butchers battling it out in the 2017 Meatstock 'Butcher Wars' would love having you cheer them on - we're giving away four free tickets, so you can do just that!

This weekend, April 22-23rd, the Melbourne Showgrounds will be hosting some of the best & biggest names in barbeque for Meatstock 2017; including the four-time BBQ World Champ Tuffy Stone and cook, author and TV host Jess Pryles. Plus, there'll be a host of demonstrations, bands, cool stores and so much perfectly-seasoned, expertly-cooked, succulent meat.

An event unique to Meatstock, Melbourne Butcher Wars is a live battle between the finest butcher talent in the country, who have 30 minutes to show their skills and creativity to the judges and crowds, all live on stage!

“I think it’s fantastic these talented men and women are getting the chance to show off their craft, some of their speeds and creations have to be seen to be believed,” enthuses Pryles.

The two local lads that'll be competing on the main stage in the Butcher Wars are:

Andrew lost a lot of his hearing when he was only 16. This could be seen as a disadvantage both competitively and in a local store, as you need to be able to communicate with the team while competing in the Butcher Wars, but also while chatting with customers. However, this didn’t hold Andrew back. Andrew still pursued his passion for becoming a butcher and opening his own local shop and loves it. Andrew has won numerous Regional Sausage King competitions and has been in the trade for about 15 years.

Joel is a repeat contestant for the AMIC Sausage King Competition. Joel has repeatedly won at a regional level, state level and has been lucky enough to attend the nationals, but unfortunately just fell short of the win. Joel is fired-up to take on the other butchers and really take his skills to the next level with the hope of taking out the whole competition.

A quirky fact about Joel is when he first met his partner, she was an avid vegetarian. Joel however, being a lover of well-cut meat is slowly guiding her towards the beauty of a Sunday roast. However, even though she is a vego at heart, she supports Joel's butchering goals!

You'll be wanting to look your best too, especially when you hit the dancefloor with Yinnar's Davidson Brothers for some finger-picking fun!

To win one of the four free tickets head over to Gippslandia's Facebook page and answer our simple question. Yup, it's as easy as that!